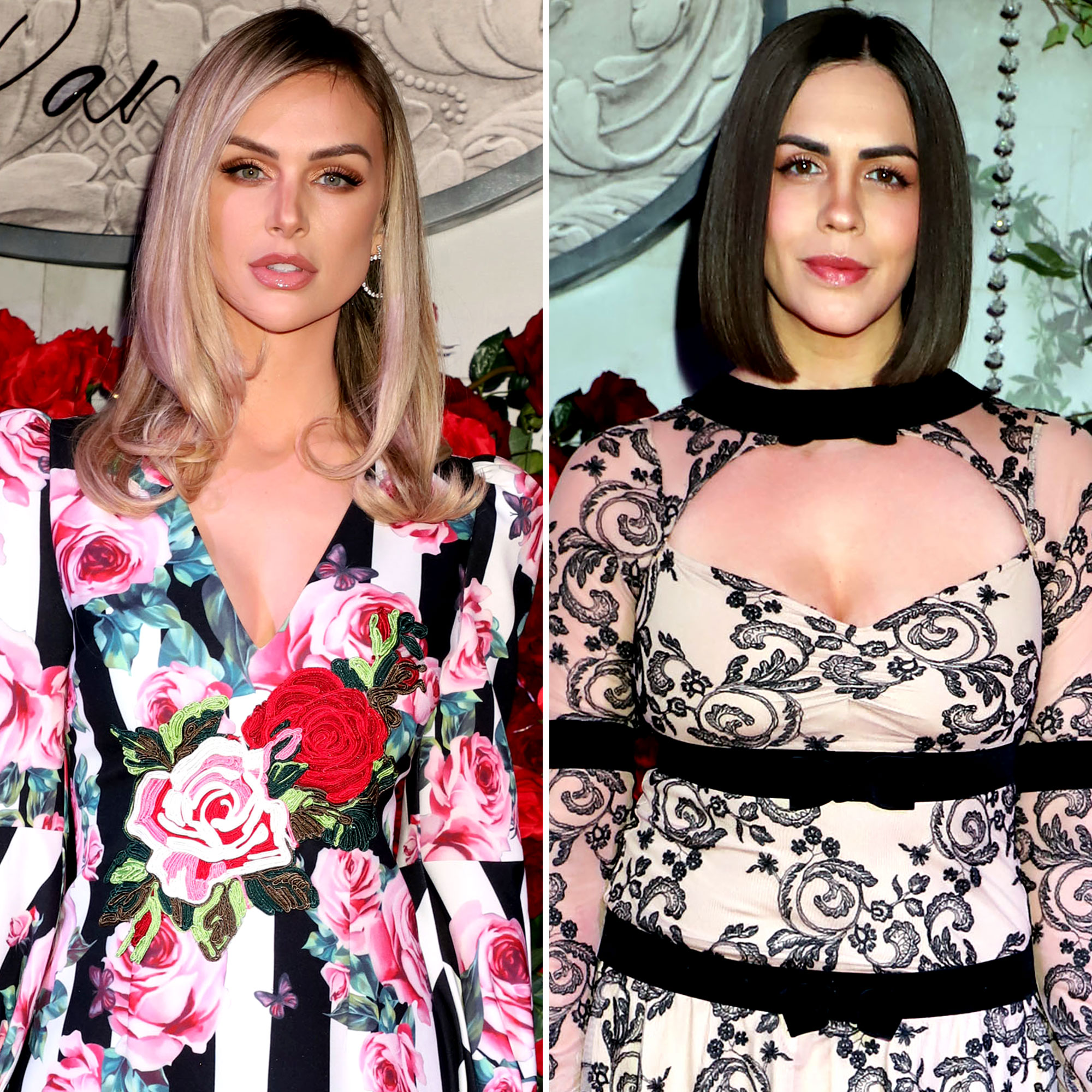 Everything Lala Kent Has Said About Randall Emmett Following Their Split

“Katie and I have always been extremely close, but now we’re on the prowl together so it’s fun,” the “Give Them Lala” podcast host, 31, exclusively told Us Weekly about her costar, 35, during the Grand Opening party for Lisa Vanderpump‘s new Vanderpump à Paris restaurant in Las Vegas on Thursday, April 21.

The castmates are both fresh out of their respective long-term relationships: Us confirmed in November 2021 that Kent called things off with ex-fiancé Randall Emmett (with whom she shares daughter Ocean, 13 months), while Maloney announced her split from husband Tom Schwartz late last month.

“I was sad and I was shocked,” the Give Them Lala author told Us about her costars’ breakup. “I thought they would definitely work it out and it didn’t happen.”

However, the Utah native is looking on the bright side. “Katie’s in a good place and that’s what I’m happy about,” she added.

Maloney and Schwartz, 39, announced their split via Instagram in March, expressing both their sorrow at the situation and the happiness they shared together.

“After 12 years on an adventure through life together Tom and I are ending our marriage,” the California resident shared at the time. “This ending is not met with resentment or animosity, no sides to choose. We have deep admiration for one another that will always remain and we cherish our friendship.” 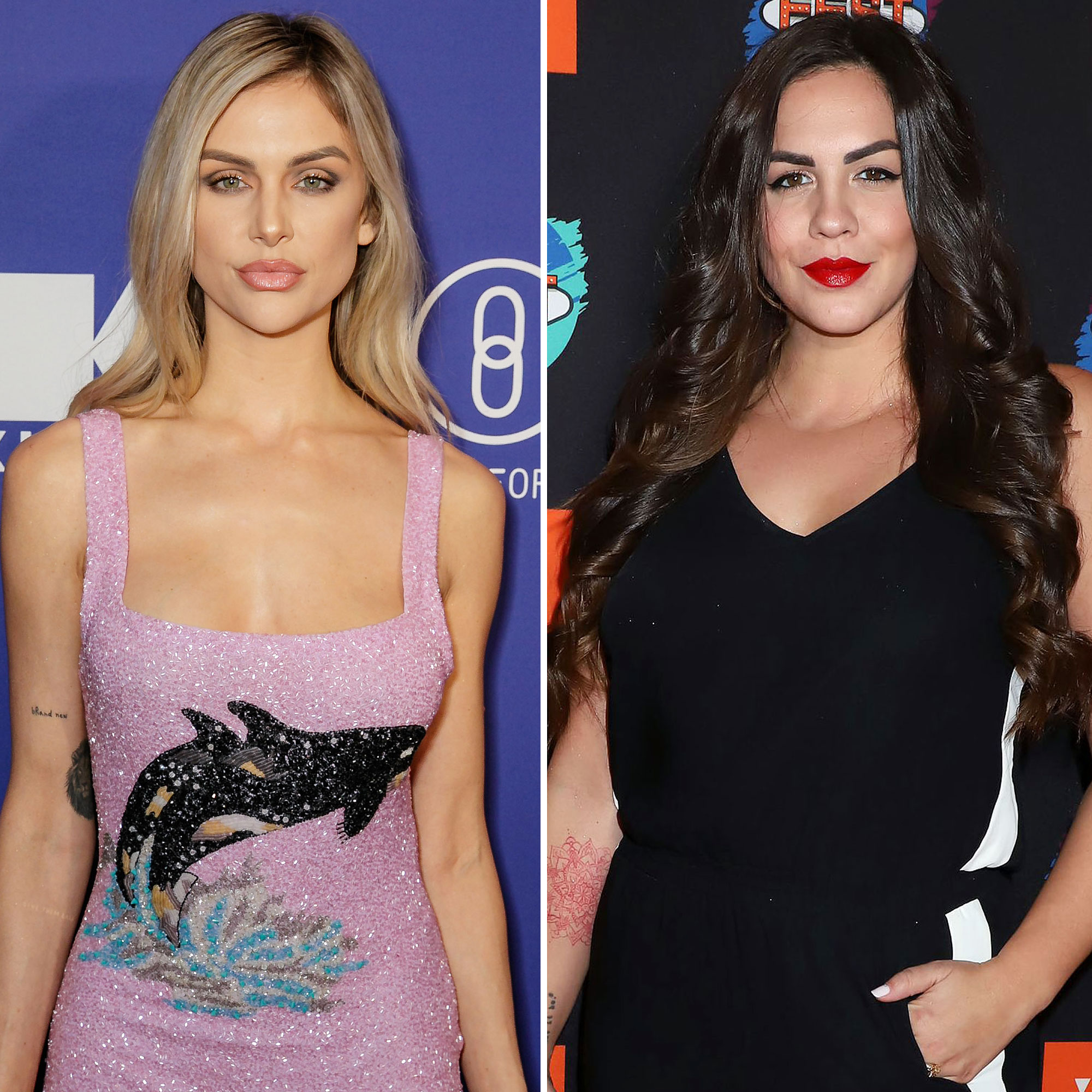 The TomTom cofounder got candid about his emotions while detailing their relationship and announcing the news. “Fully respect Katie’s decision and we’ve had healthy, productive conversations about it,” he wrote at the time. “It would be far sadder if she decided to stay with me whilst not happy.”

For her part, Kent has publicly accused her ex of cheating on her, revealing on Heather McDonald’s “Juicy Scoop” podcast in January that it was actually Maloney who alerted her to several photos of Emmett, 51, allegedly walking with several women to a hotel room in Nashville. (The Midnight in the Switchgrass director claimed on Golnesa Gharachedaghi‘s Genuinely GG podcast in March that the pair had both “made mistakes” and noted “there’s two sides to every story.”)

When it comes to Kent and Maloney’s respective splits — and their post-breakup mindsets — the Give Them Lala Beauty CEO told Us that she doesn’t “have much advice to give” to her friend. “We’re in totally different situations so we kind of just … we keep it light,” Kent divulged. “We’re both in really great places so it’s fun.”

Is ‘Vanderpump Rules’ Returning for Season 10? Everything to Know So Far

On Thursday, the former SUR waitresses were both quite literally in a “great place” while attending Lisa Vanderpump’s newest restaurant opening in Sin City. Though the event was also attended by Schwartz — whom Kent cut out of her life due to his friendship with Emmett — she was unbothered. “I’m a grown-ass woman, I can be in the same room with anybody and everybody,” she told Us, dismissing any potential awkwardness. (For her part, Maloney has been open about her amicable relationship with her ex.)

Kent’s attitude extends into her dating life as well. “Come one, come all,” she joked to Us about her post-split love life. “Bring ’em out! Come on!”

The Bravo personality added that her “type” is someone who is “tall, dark, handsome, loyal, honest, a family man.”

The entrepreneur knows a thing or two about loyalty, pledging her allegiance to Maloney when describing any potential awkwardness among the Vanderpump Rules cast due to many of the stars’ recent splits.

“With Katie [the potential of season 10] won’t be weird because that’s my ride or die so I’m down for her no matter what,” the reality star told Us. “With James [Kennedy] and Raquel [Leviss]’ [breakup], that’ll be a different dynamic. I don’t know. I guess we’ll see what happens.”

With reporting by Lindsay Feldman