How wrong I was. Yes, living alone with my kids might be slightly more work, but I now have a life without compromise and criticism and I don’t have to be surrounded by smelly middle-age cycling gear – bliss! 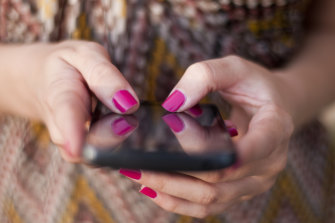 Dating in my forties has been an unexpected joy, too.

Like most people, when I got married, I naively presumed it would be for life. That I would just live out that prescribed coupledom, and was destined to have a husband by my side until we both ended up wearing nappies, had matching tracksuits and hip replacements.

But two weeks before the global lockdown in March 2020, my relationship abruptly ended because of that old fun cliche, his affair. Surprise Helen, that guy you knew for 22 years, isn’t who you thought he was!

So, there I was: Single, forty-something, an absolute trainwreck, locked inside my house for the next three months with my children, Netflix and a whole lot of homeschooling hell.

Before my shock separation, I was prudish, wore clothes that hid my body, and avoided getting, ahem… “in touch” with my own sexuality. All this started to change when I decided to take the plunge into the bizarre world of internet dating. Who knew, this shy girl from country Victoria, and a daughter of a vicar would transform in this way? Certainly not me.

Out of curiosity, (revenge), I decided to sign up to Tinder to see who might be interested in a “creative leftie, who likes a wine”. To my astonishment, there were actually hundreds who swiped right. So, did that mean I really was just a couple of text messages away from my first post-marriage shag? Yes indeed. Weirdly, my libido suddenly emerged, which was strange, because I thought I had swapped it for Paw Patrol and Chicken Nuggets years ago.

In the beginning, I chose 40-somethings who wore a lot of polo shirts and sensible shoes, and would bake their own sourdough bread. They were familiar and safe (boring). But, what shocked me was that so many of these blokes were looking for MUCH younger women. So I thought, hang on, if they were looking for gorgeous young things, why wasn’t I? The tables are turning when it comes to women dating younger men. Yes, there are still derogatory terms like “cougar” and “MILF”, but there is greater acceptance. I had received quite a bit of interest from younger men, who had said they were looking for an older, confident lover. Maybe there was an advantage to being in my forties?

I decided to sign up for a few more dating apps, and added Bumble and a couple of others to the mix. And they soon became addictive, and I got caught in a spiral of checking, swiping, chatting, and those dopamine hits got harder to find. Sometimes the brutality of them ghosting or unmatching stung. This dating game is not for the emotionally vulnerable. As quickly as you can feel giddy, you can feel used, pressured or deceived.

Yes, living alone with my kids might be slightly more work, but I now have a life without compromise and criticism and I don’t have to be surrounded by smelly middle-age cycling gear – bliss!

But, as a mother with a career in comedy, and a bucket load of excellent female friends, I knew that I was loved, and that I didn’t need a man for much more than a Friday night bonk. In many ways, dating at my age, made me more resilient. I would also recommend to anyone dipping into the apps for the first time, set up a group of friends to help you choose potential dates, and that can support you through those first few encounters. Also, it is essential to have a friend on call if the date is going badly, they can pretend to be the babysitter and demand you come home “right now!”

As a feminist who is too old to care, I decided that I wasn’t going to change my body, or do any extreme waxing. I would not apologise for stretch marks, my post-childbirth shaped body or the way my boobs bounced about when braless. And guess what? It didn’t matter. And do you think any of the men I met apologised for their hairy legs, or some extra COVID kilos? Nope.

The more I dated, the more I noticed that I was choosing men purely based on attraction. Unlike when I was younger, when every date was a possible future husband. Now, my priorities were changing. I was interested if they were a good kisser, or if they made me laugh. I was there for now, and it was liberating. This is why dating in your forties can be so brilliant.

After a few months, I decided to purely focus on younger men, I mean, some of them hilariously were born when I was at high school, but hey we were all adults!

I met a delightful opera singer, who cooked me dinner and sang me love songs at my piano; a sweet Portuguese pastry chef who brought over some heavenly treats, and a gorgeous young Italian, who I danced, sang and laughed with all night, Bellissimo! They were all polite, enthusiastic, and unlike the older blokes, not just there for their own pleasure. It appears finding the clitoris has been added to the sex curriculum.

Dating when you’re older is in many ways, so much more satisfying because you know who you are and what you want, and aren’t afraid to ask for what you need. Do I want another husband? Who knows. Maybe one day, but for now, I am much happier seeing a handsome fella once a week than spending a lifetime washing someone’s cycling shorts. Surely, that is the best happily ever after.

Helen Thorn is a comedian and author. She is one half of the comedy duo Scummy Mummies and has recently written the Sunday Times Bestselling book Get Divorced, Be Happy: How becoming single turned out to be my happily ever after.

Make the most of your health, relationships, fitness and nutrition with our Live Well newsletter. Get it in your inbox every Monday.

Most Viewed in Lifestyle