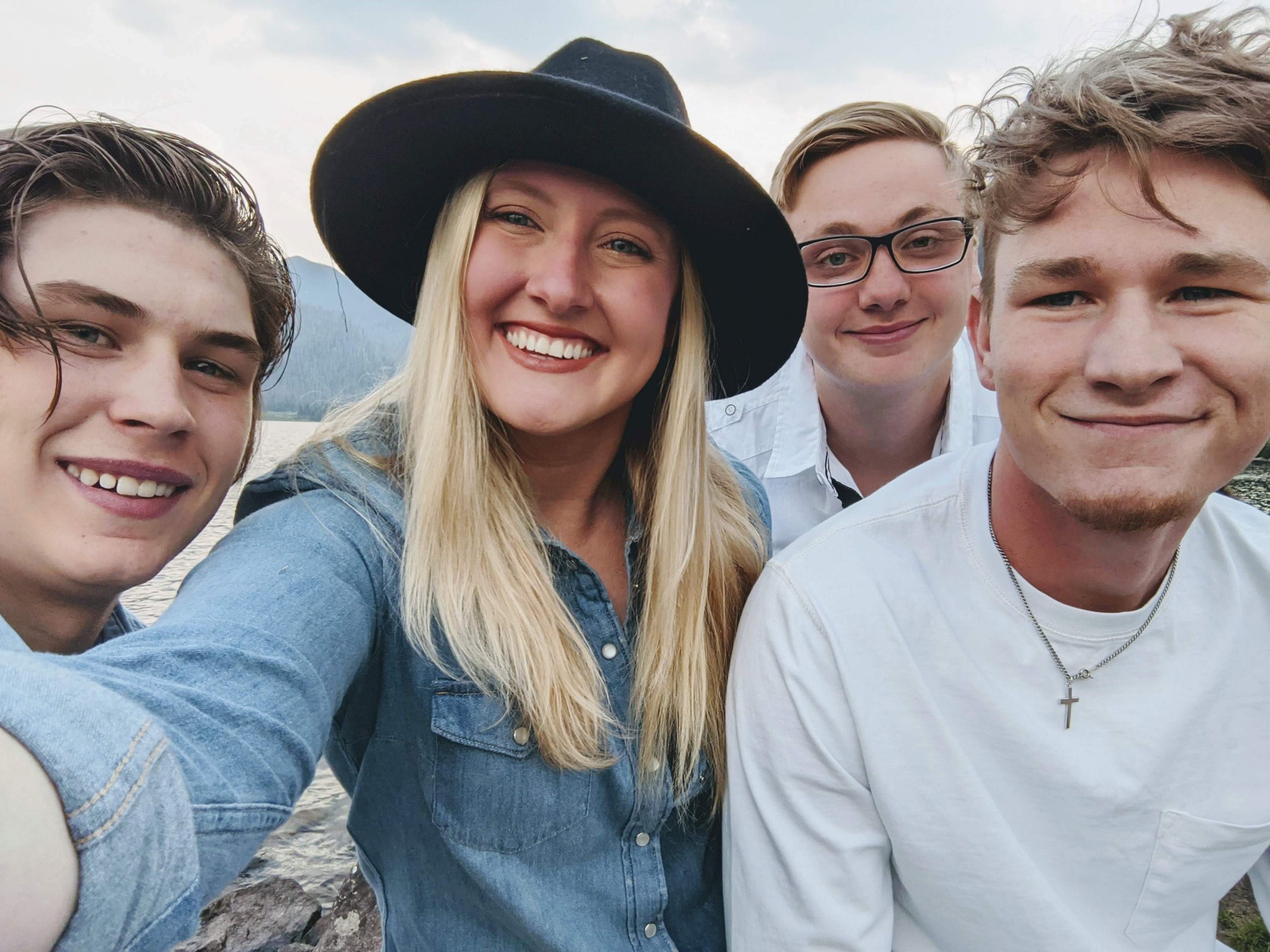 A young mum adopted an 18-year-old as her first child – and then two more teenage boys less than a year later.

At just 29, Casey Douglas is already mum to three boys over the age of 16 after deciding to foster a teenager when she was just 25.

Casey decided not to have biological children, but she knew she wanted to help vulnerable kids. She was even told by people in her Christian community that she was ‘a waste of a good uterus’, but she didn’t let the backlash deter her.

Casey is now a mother-of-five, her eldest Randall Douglas is 20 and had come from an abusive home.

‘It’s pure chaos and so much fun – they are crazy they are full of personality and always doing something that makes me angry and frustrated,’ says Casey.

‘But at the same time they’re boys and they’ll just hug you and say “I love you mama”. They’re very kind-hearted.

‘There is a lot that my family has been through and a lot of people look at my family and think its always been easy and we don’t have rough days but that’s not the truth.

Casey’s decision not to have biological children didn’t go down well in her community – particularly as the daughter of a pastor.

‘Honestly it was just a feeling. I never felt the normal “baby fever” or desire to birth a child like other girls my age,’ she explains. ‘I thought it might be a passing phase but it never passed.

‘It was really surprising that we received so much negativity especially coming from the background of protestant Christian culture. We were pushed out of friend groups and really struggled to find any support whatsoever.’

Data analyst Casey and her husband Peter were youth pastors at their church, and worked with kids from low-income families, and knew they would have children someday.

They saw a PSA for seven siblings who needed a family urgently, which motivated them to look into fostering and adopting in September 2016.

Peter chose to have a vasectomy to prove that their decision to adopt was not a ‘Plan B’.

‘I am not a baby or small child type of person, but I knew that we could provide a loving home for an older child,’ says Casey. ‘The need for foster and adoptive families for older children and teens is through the roof and I also wanted to do something that would really make a difference.’

After an tough nine-month licensing process, Casey was visited by an adoption agency rep who informed her there was a 16-year-old boy looking for a home that night in June 2017.

Three hours later, Randall met his mother for the first time. All he had with him was a fishing pole and two bags of clothes.

‘The moments before his arrival were insanely emotional. I was a scattered mess, and then in he walked,’ says Casey. ‘It was like my entire heart walked through our door. It was a little strange how much love I had for him. I knew he was meant to be mine.’

Randall spent his first 11 years of life with his grandmother until she become ill, and then was passed around by other homes until he found himself homeless – which is when child protection services stepped in.

Three months after moving in, Casey and Peter took full custody of Randall and raised him as his first ever ‘real parents’.

In late 2018 they took in Tim and Damon Douglas. They had both been subjected to neglect and drug abuse before joining the Douglas home, she claims.

Randall was fully adopted by Casey in January 2019 when he was 18 years old, and his two brothers the following October.

Casey said adopting her eldest was ‘like breathing a sigh of relief’.

‘Almost like everyone around us was just watching and waiting for us to fail or for him to leave, but instead he chose us as much as we chose him,’ she says.

‘Randall is a rascal. He is also the kindest and most giving young man. Just like any other teenager he has big emotions and is going through an endless amount of change.’

Casey has since taken in Phillip’s two daughters Adaline, four, and nine-month-old Alaina.

‘I always tell people our lives are like a sitcom being filmed during a hurricane and somehow everyone is on fire,’ she says.

‘Some days are pure chaos. Some are fun. Some are normal. I love raising teenagers. It has changed me down to my very core.

‘For our home being open to boys aged eight and over we used to get calls all the time.

‘A lot of people look at adoptive parents of older kids as saints, but it’s really simple; if you have a heart for people and a heart for love it just comes naturally.

‘You’ll be surprised at the things you can endure and how tough you get and your capabilities – you feel you can do anything.’

Do you have a story to share? We want to hear from you.