It’s finally (finally!) 2021 and, while the new year will kick off nice and slow, it’ll ramp up pretty quickly.

When Mars moves into Taurus on the 6th, you’ll just want to be steady-Eddie with everything in your life. But by the time Mercury moves into Aquarius on the 8th, you’ll be flooded with a bunch of ideas on how to shake things up. Maybe it’s time to go all Home Edit on your place?

The new moon in Capricorn on the 13th inspires you to mull over what you want to be known for in life. Are you cool with the path you’re on, or is it time for a detour? And, when Aquarius season starts on the 19th, you’ll be all kinds of fired up to make this the best year ever. But just a heads up: Mercury goes retrograde on the 30th. (Just when you thought you were out, the universe pulled you back in…)

Here’s what else is in store for your zodiac sign this month, according to Donna Page, a professional astrologer with a graduate degree in counseling psychology. 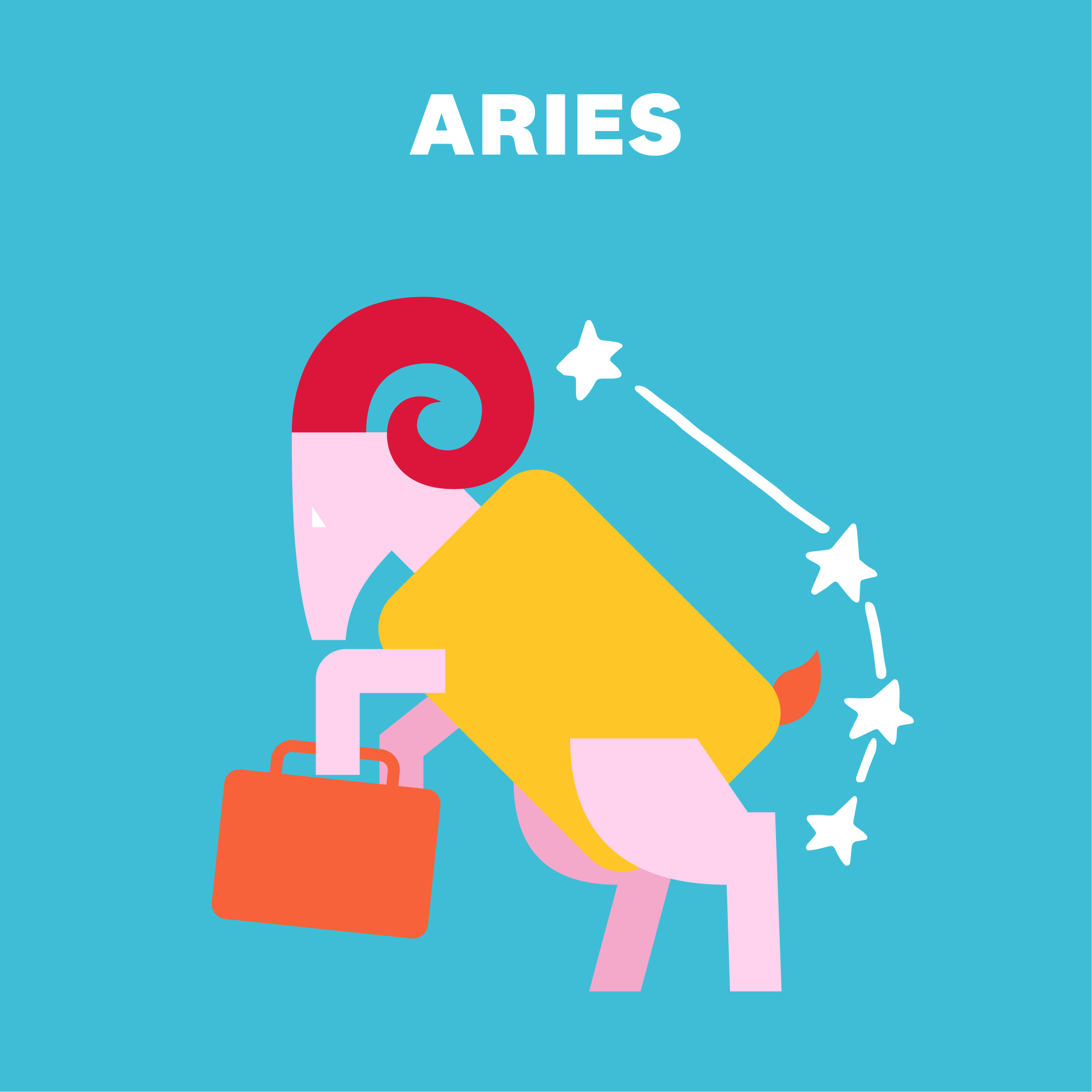 The month kicks off with you taking a solid look at your career path, Aries. Are you where you thought you’d be at this point, or are you a little behind? You’ll start to think about mixing things up, but don’t jump into something just to take a new gig. You need to know it’s right for you—not just same sh*t, different job.

Meanwhile, Mars is in a sector of your chart about focusing on yourself, so…what do you need to be the absolute best version of you ever? You’ll also concentrate on creating healthier finances, whether that means asking for a raise or actually starting that side hustle you’ve been considering for ages. Either way, be patient—it’ll all work out. 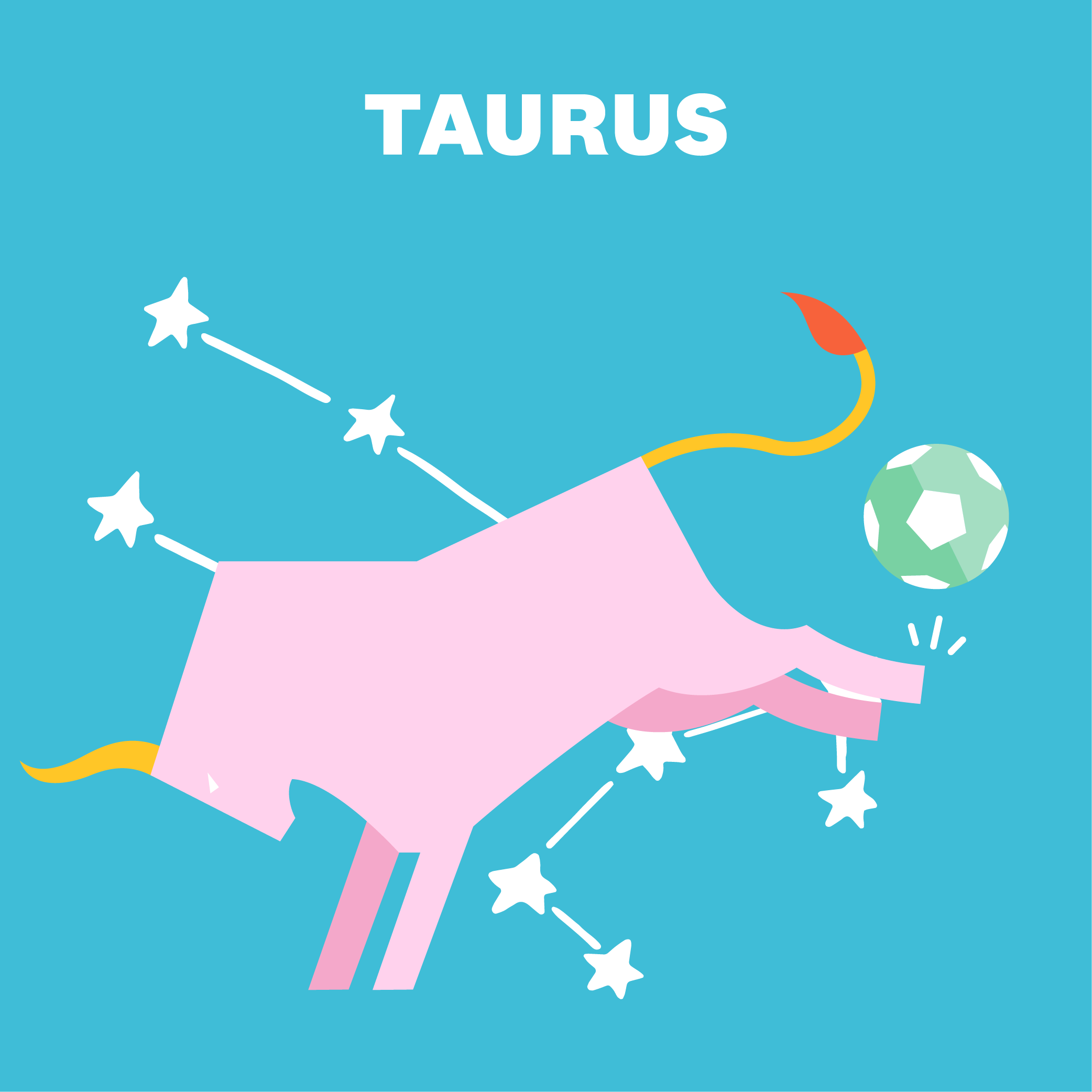 You’re ruled by Venus, which is hanging out in Capricorn rn. And that’s stirring up a harmonious energy for you, making this an easy-peasy January. But that doesn’t mean you won’t be putting in the work: Mars, the planet of action, moves into your sign on the 6th, which can really light a fire in your professional life. You’ll start logging on for work early and volunteering for bigger projects, just cuz.

On the 13th, the new moon in Capricorn is happening in a sector of your chart about knowledge and how you view the world. What don’t you know, and how can you figure it out? Later, on the 28th, you’ll mull over your work-life balance. Maybe you can have it all—and know it all, too. 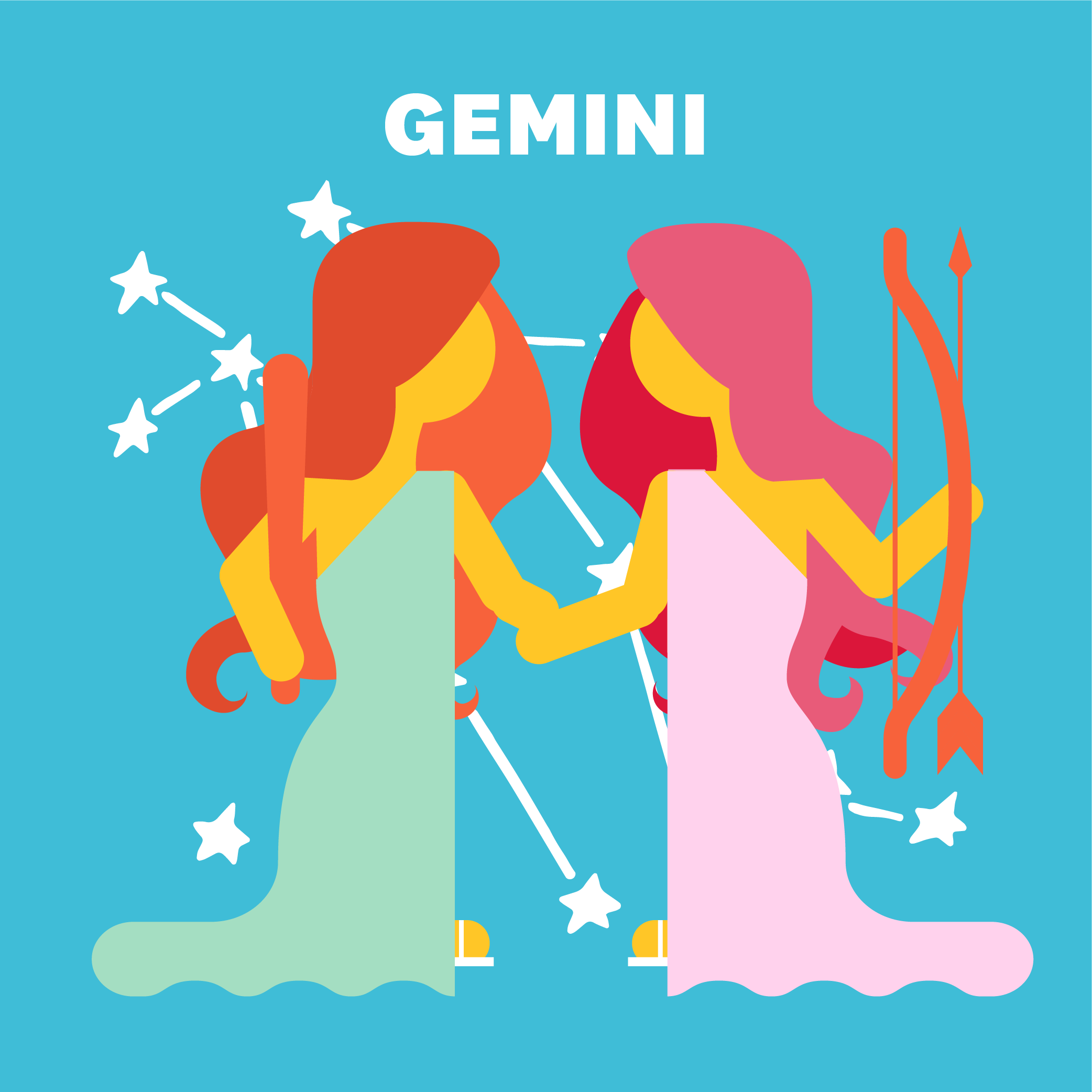 You’ll kick off January doing your usual, Gemini, but expect to feel inspired to get stuff done by the 8th. You’ll jazz up your décor game at home and do your best to show up and show out at work. The new moon on the 13th will make you kinda meticulous about keeping track of the bills you have coming up. You don’t want to be caught off-guard, after all.

Mercury goes retrograde at the end of the month in a sector of your chart about knowledge and information, suddenly making you the expert in your circle. You’ll be doling out helpful advice to your buddies like candy—and it’ll feel pretty awesome. 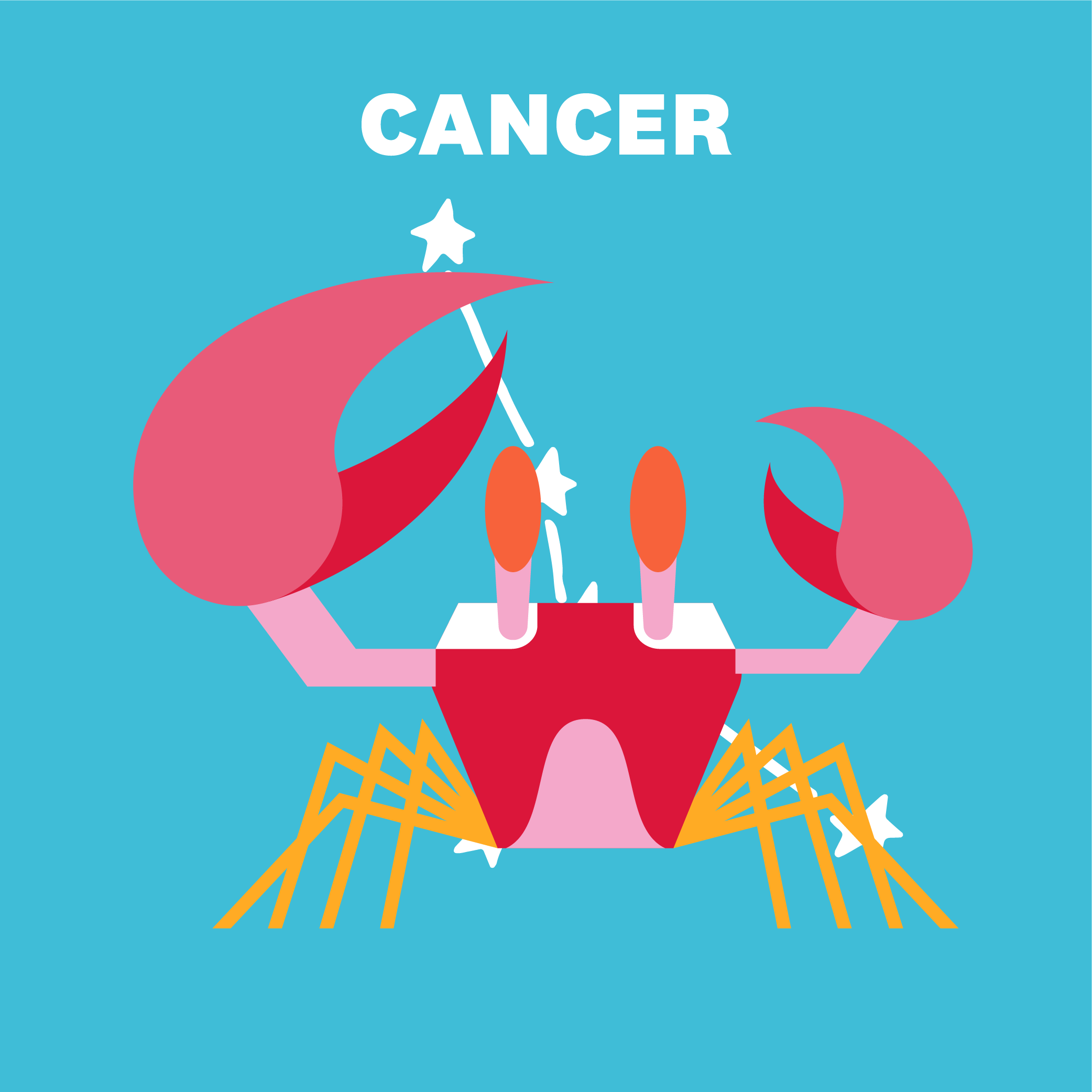 You’ll kick things off this month with Mars moving into your house of friendships, urging you to surround yourself with people who support your dreams. Got some naysayers in your circle? Yeah, they won’t last.

The new moon on the 13th will push you to cruise LinkedIn for new inspiration. If someone else has the career path you want, there’s no reason you can’t do the same. The full moon on the 28th reminds you of your value. So, do yourself a solid and don’t sell yourself short. 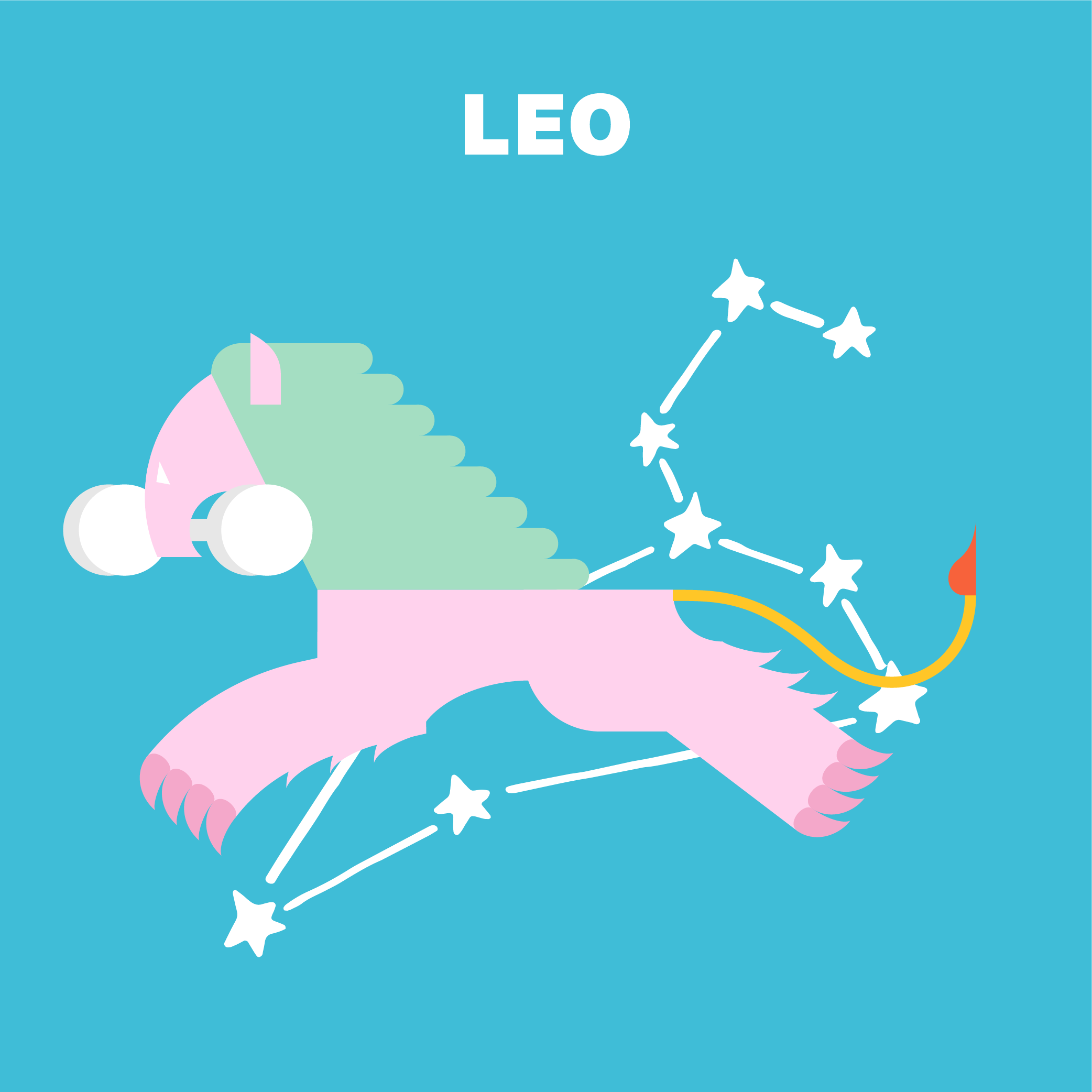 January has three big things going on for you, Leo: Work, health, and friendships. You’ll be focused on taking care of your body—maybe it’s time to actually try out that workout app you downloaded back in March? At the same time, you’ll wonder if you’re spending time with the right people. Maybe it’s time to weed out your “friends” who aren’t as supportive as they can be.

When Mars moves into a sector of your chart about career, you’ll think about how you want to be known on the job. Just don’t rush to make any huge moves—be patient to get where you want to be. Later, the full moon on the 28th is all about you. You’ll look and feel amazing, so get out there and shine. It’s your time, Leo. 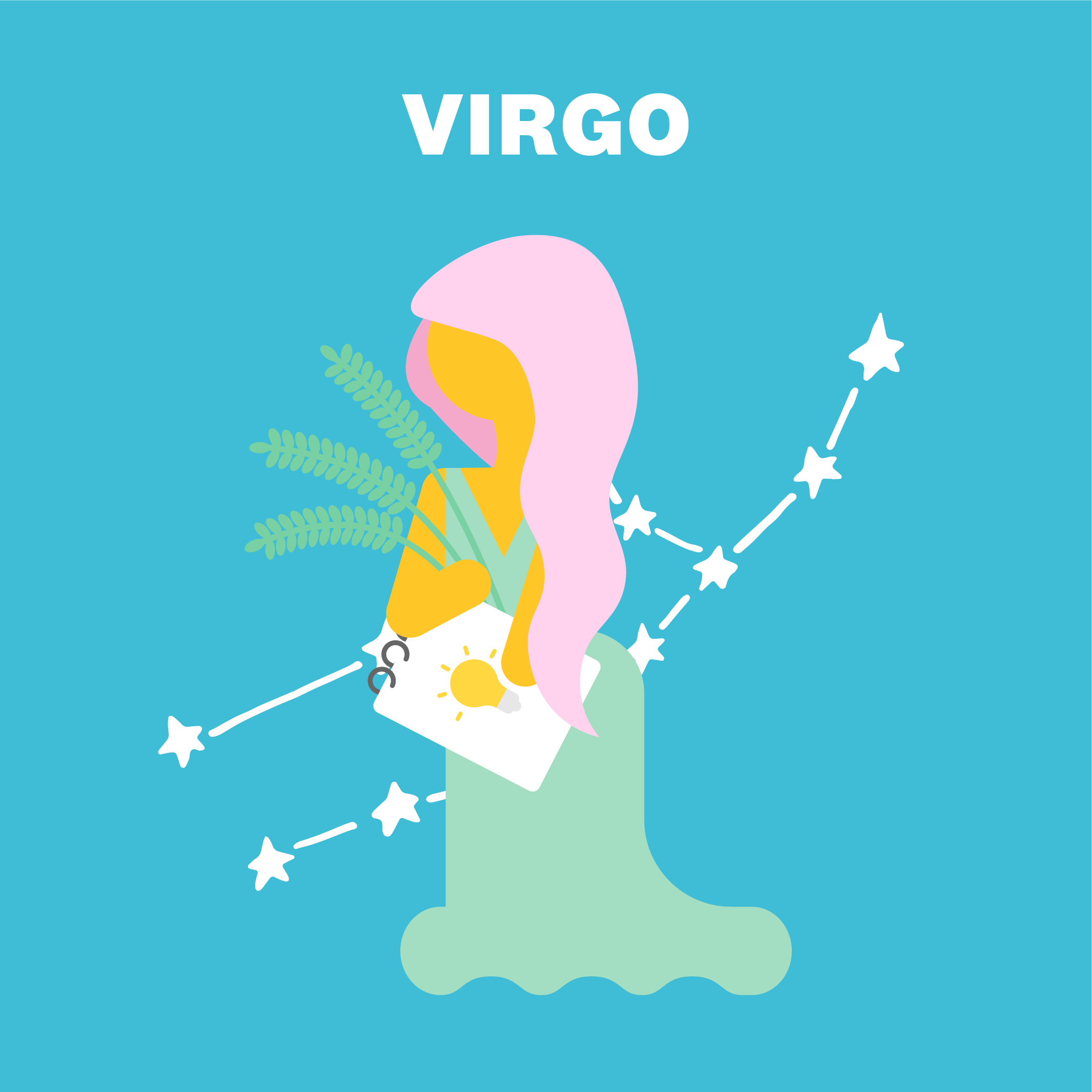 It’s time to get moving and grooving, Virgo—are you ready for it? First up: Mercury pushes you on the 8th to learn more. Maybe it’s time to read up on those classics you missed in high school. After all, knowledge is power.

This month, several planets are hanging out in your house of work, sending all kinds of new thoughts and ideas about your career. Maybe if you take a slightly different approach to that project you’ve been dreading, you’ll really nail it. At the same time, you’ll start to think about how you can enjoy your work life a little more. And, if that feels impossible at your current gig, maybe it’s time to look into something new. 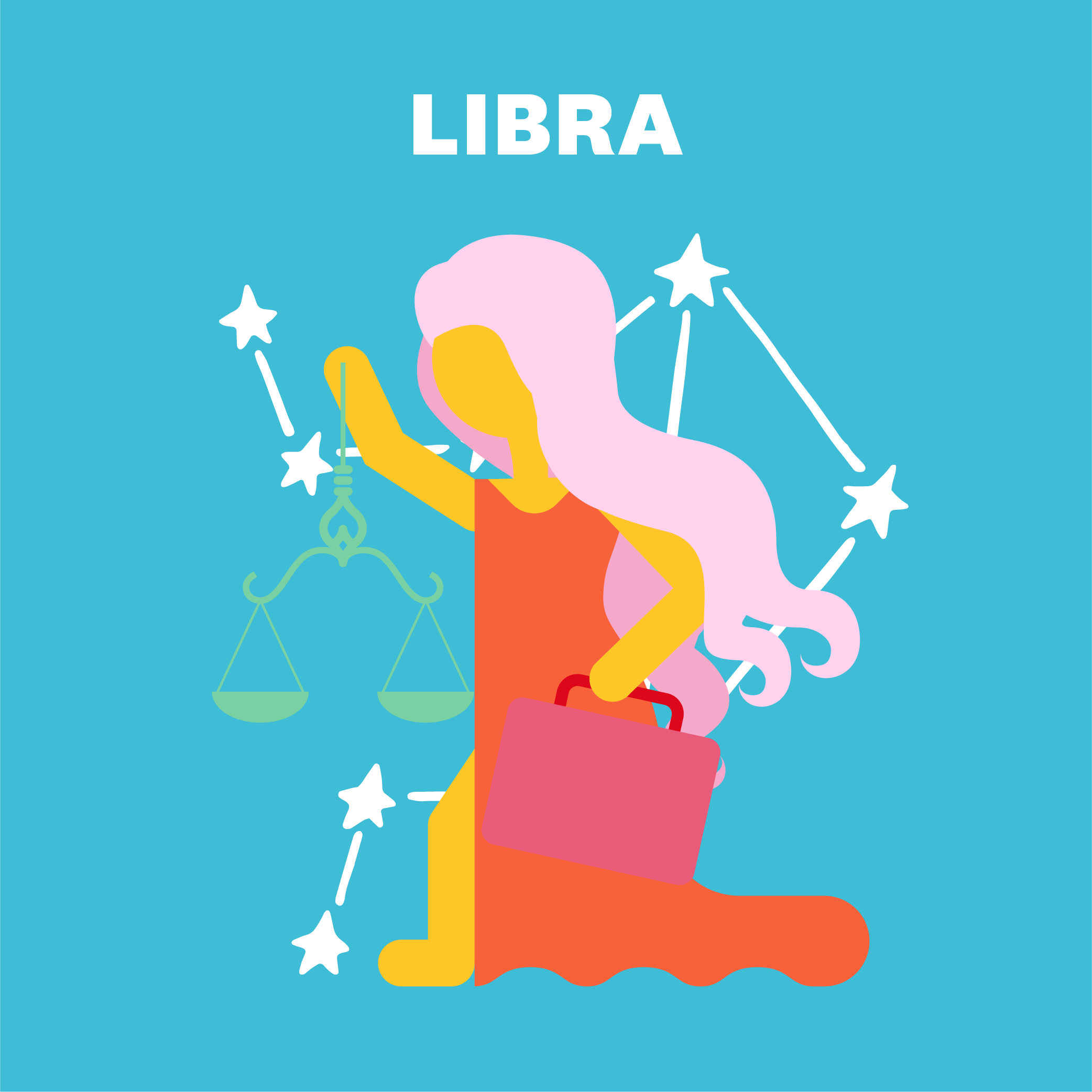 You’ve been home a lot more than usual lately and, yeah, that can be a little much at times. But come January, you’ll see the upside of the homebody lifestyle and feel super cozy. (Also, it’s freezing out, so…) The new moon on the 13th will inspire you to tap into with what feels right for you, whether that’s taking a warm bath with a glass of wine or taking a Zoom dance class.

Your month isn’t all about hanging solo at home, though. The full moon on the 28th is in your house of friendship, so get ready for a quality hangout sesh with your BFF, even if it’s just catching up over FaceTime. 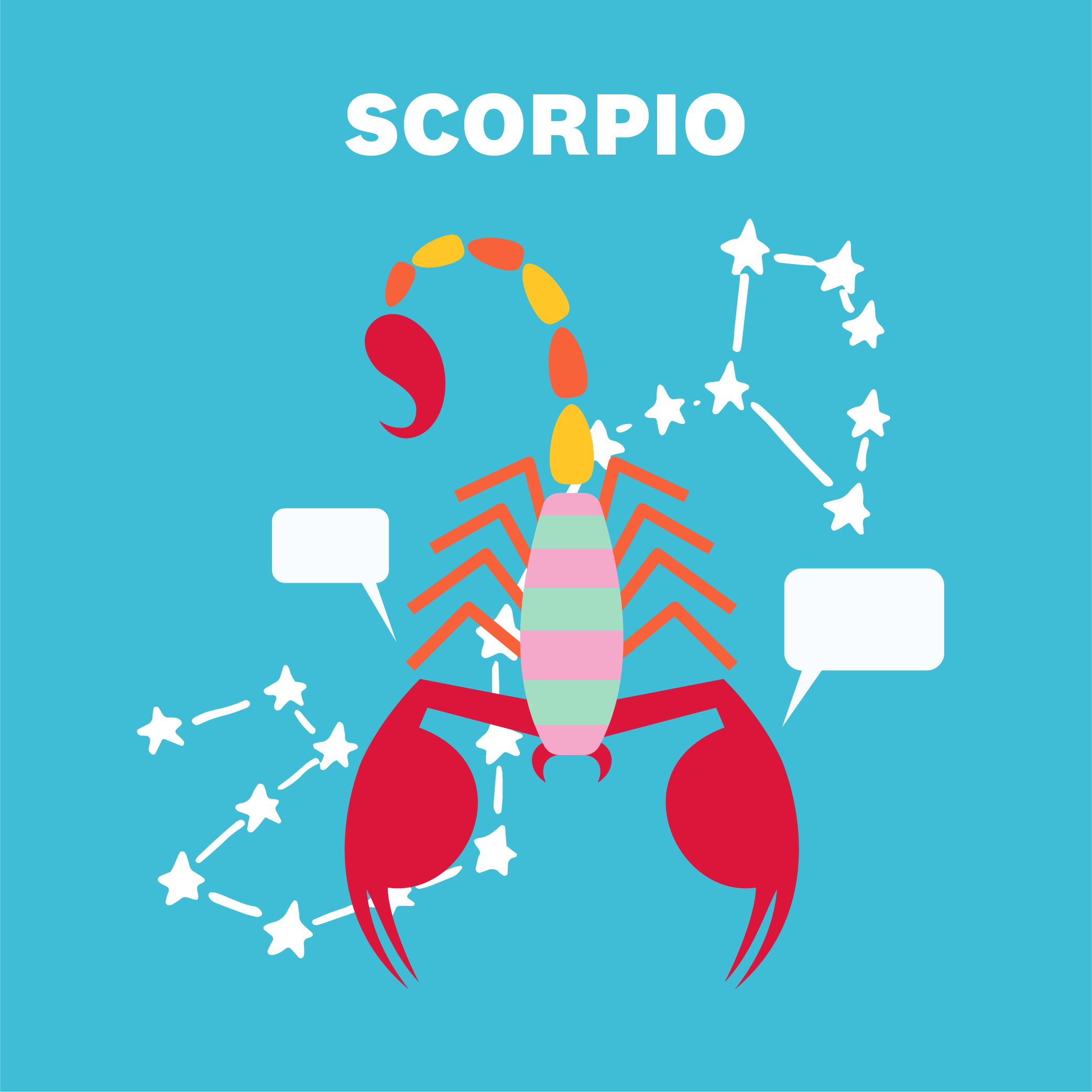 Good communication is crucial in just about every area of your life, Scorpio, and that’ll be super obvious around the 13th. You just need someone to tell you exactly what’s expected of you, at work and in life. Is that so hard?

On the 19th, the Sun moves into a sector of your chart about home and family, making you wonder if you still like where you live. (Maybe it’s time for a move…) The full moon on the 28th stirs up some q’s about how you want to be seen in the world. Are you the star of your own movie, or could you be shining a little more brightly? 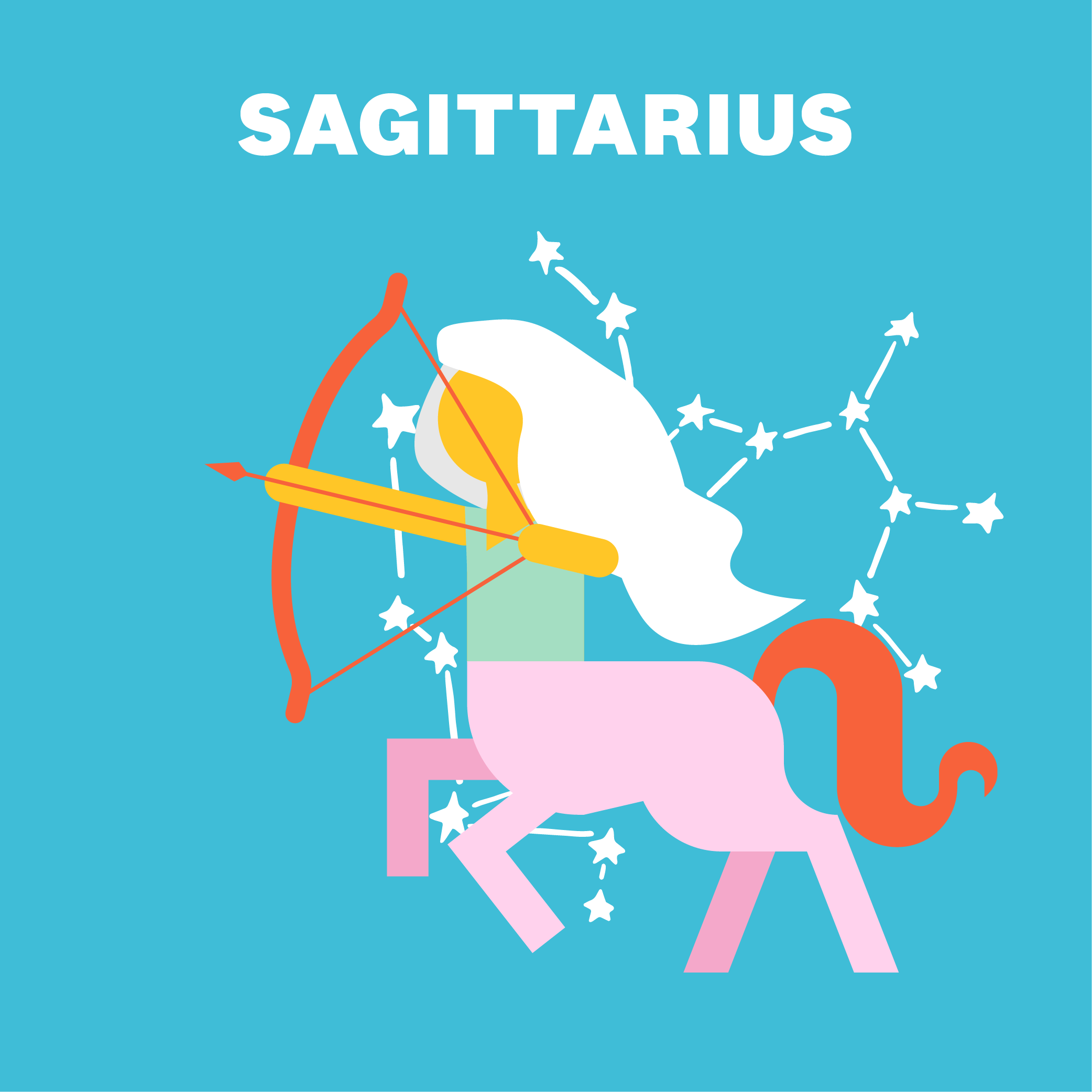 You’re used to wanting things done yesterday, Sag, but January kicks off with you taking some time to just chill. It’s all thanks to Mars hanging out in a sector of your chart about moving slow and steady.

You’ll (slowly) get your work routine in order, creating a day for yourself that maximizes productivity while minimizing how much time you ~actually~ have to spend working. You’ll also try out a new eating plan—after you do some thorough research, of course. On the 19th, the Sun sparks a convo at work about moving you into a new position. Promotion time, anyone? 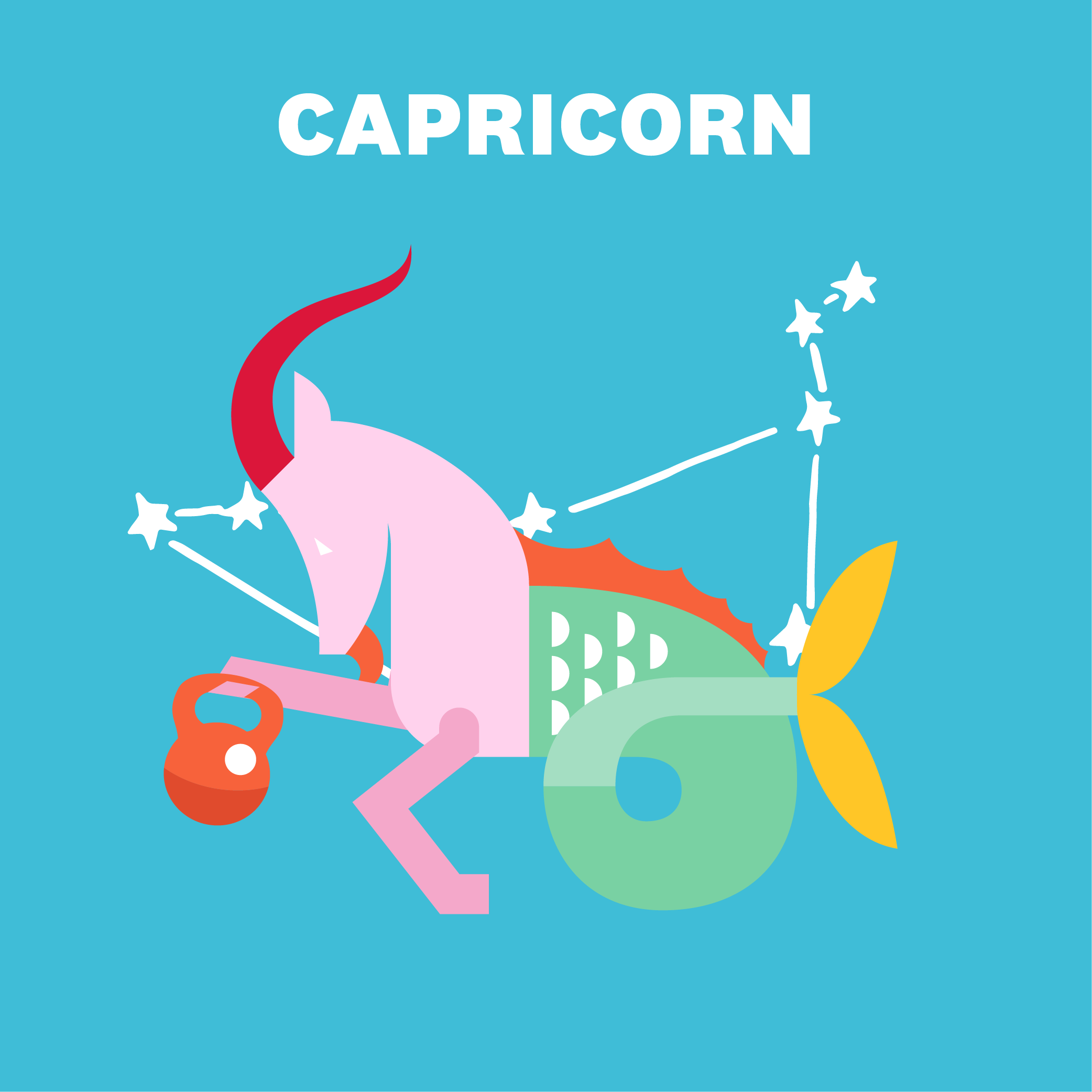 Happy birthday, Capricorn! And what a happy one it will be: Venus moves into your sign on the 8th, sending all kinds of sweet vibes your way. Awesome things will suddenly happen to you, like someone covering your tab at Starbucks or a friend dropping off takeout, just because.

The new moon on the 13th signals change at work. Go with the flow, so you can be a part of bigger and better things. On the 19th, the Sun moves into your second house of finance and values, encouraging you to speak up about your worth. Go for it—and don’t sell yourself short. 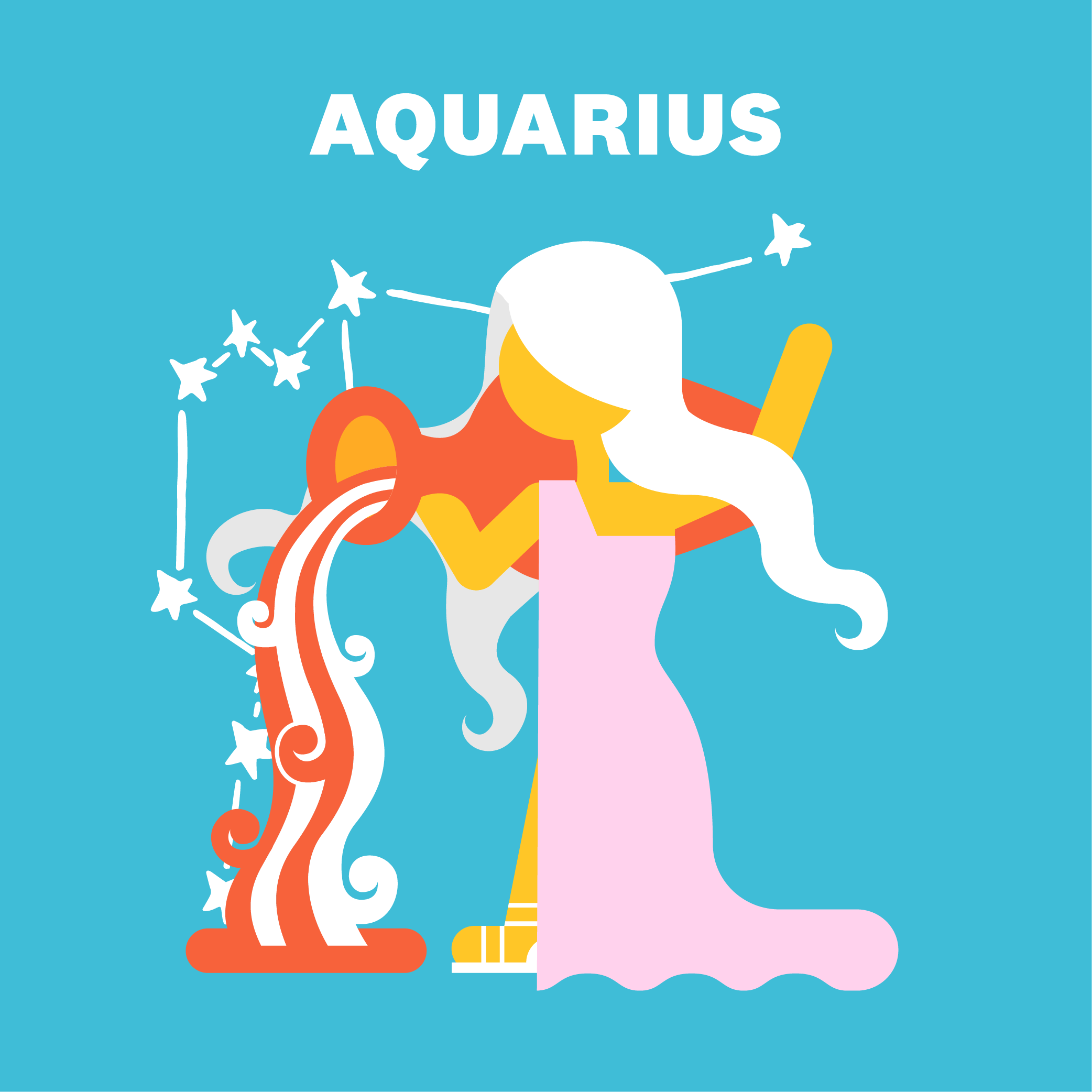 Yeah, life has been super busy lately, Aquarius, but Venus is here with a message: Don’t forget about your friends. Make some time for a one-on-one with your BFF, or have a Zoom happy hour with your pals. You so need it.

The new moon on the 13th wants you to take a timeout to think about where you want to go professionally. Are you headed in the right direction? You won’t have to wait for long. On the 19th, the Sun will give you some solid insight into what’s right for you career-wise—and in the rest of your life, too. Now, go get ‘em. 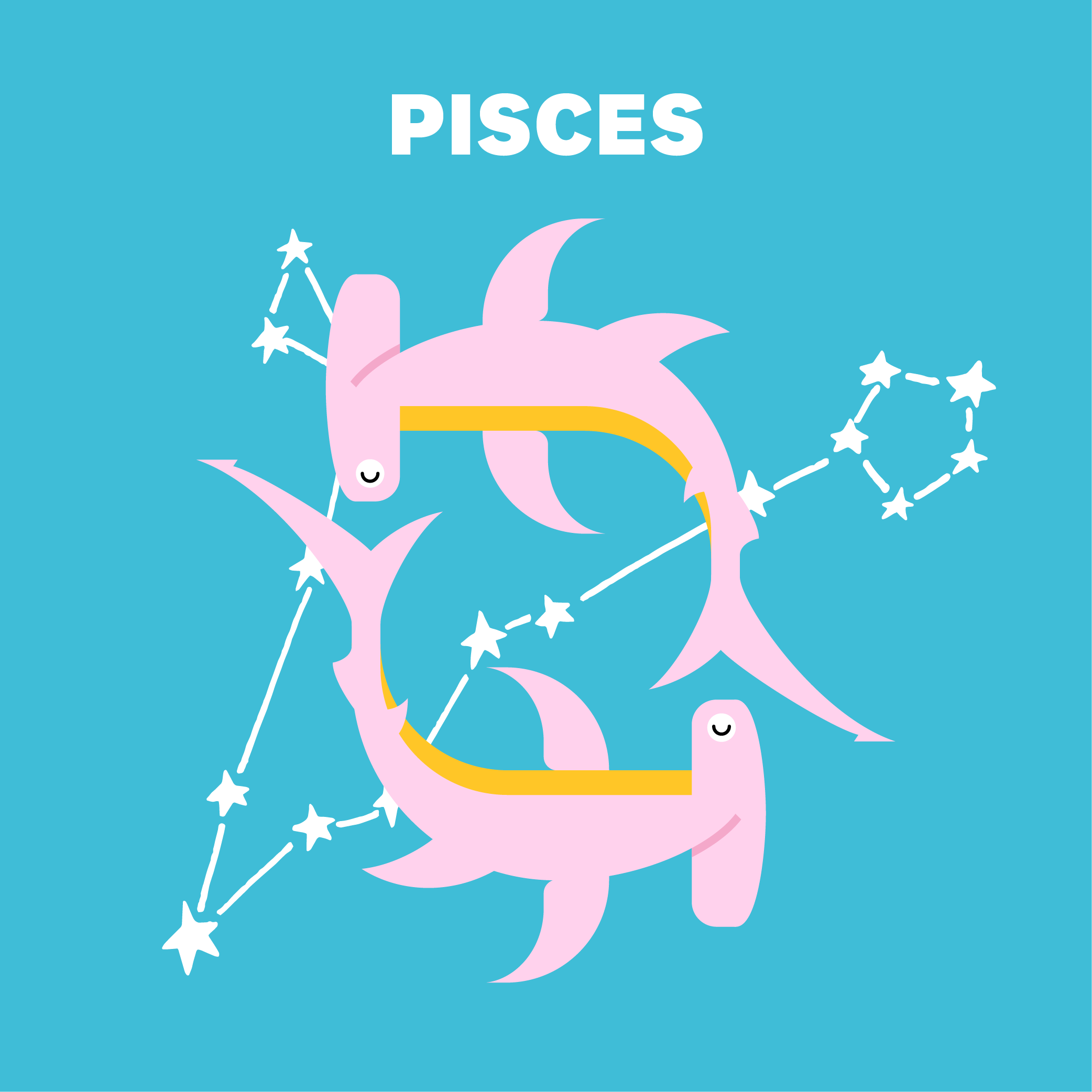 You kick off January wanting to add some more movement to your life. That’s especially strong around the 6th, when Mars pushes you to get off your butt, even if it’s just going for a walk around your neighborhood. (It’ll feel good, promise.)

Meanwhile, Venus is hanging out in your house of friendships, urging you to connect with your buddies. Sure, in-person meet-ups might be a little tough these days, but there’s no reason you can’t start having a regular Zoom happy hour. Btw, you’ll start to hear some new rumors going around about your coworkers. Just ignore them—you don’t have time to take part in that kind of stuff. 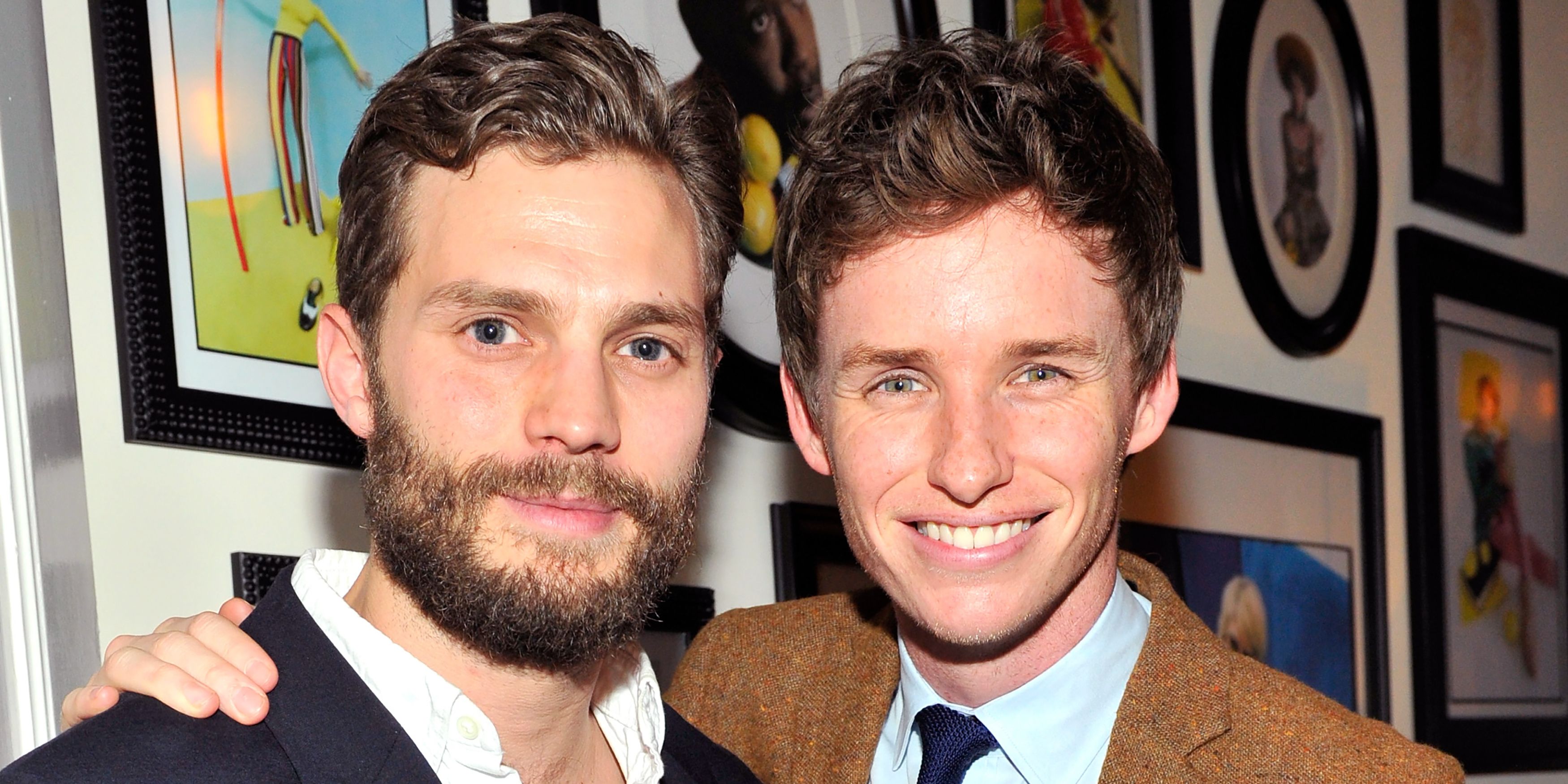