Yvette Nicole Brown‘s Twitter feed is a place of resourceful information, speaking truth to power and a whole lot of realness that we highly recommend checking out. Most recently, her profile has been a series of statements regarding the police violence against Black Americans that has continued to plague our country. “I don’t know that people fully understand what black people feel in this country what it’s like to be a black person,” the Community actress said on the HollywoodLife Podcast. “It’s the feeling of every single day you see yourself or someone that looks like you or your brother or your your sister as prey. We are prey.”

She continued, “We are literally littering the streets with our bodies, unarmed people gunned down because of a routine traffic stop. That’s not a death sentence, or it shouldn’t be.” Yvette opened up on the podcast about a particular time she was on the Jeff Probst Show and he was recalling getting pulled over. “He talked about how angry he was at this cop… and I stopped Jeff, which I never did — I would never stop him mid story, it’s his show, but I stopped him mid-story. I looked right in the camera and I said ‘If you are black, please never do this.’” As a note for the reader, Jeff Probst’s show ended in 2013. This racism in America is nothing new.

“We’ve always known that when we are faced with someone with authority and a gun, that our lives danger. And that’s the talk that Black people give their kids all the time is all about,” she said.

In addition to her activism in the BLM movement, Yvette has also dedicated her time and energy into helping pro-choice Democratic women get elected in offices across the country with Emily’s List as a Board of Directors member. She’s currently planning to bring her talents to the organization’s fourth annual pre-Oscars event, which will be held virtually on Tuesday, April 20, 2021 ahead of the 93rd Academy Awards. This year, they will be paying tribute to women of Hollywood who, like Vice President Kamala Harris, have broken ground and shattered glass ceilings throughout the industry.

“The ‘First But Not Last’ Oscar event is an opportunity for us to celebrate Kamala Harris and her mom, who told her, ‘Whatever you do in life, if you are the first, do not be the last,’ and as our first female, African-American and Asian Vice President, we hope that she’s not the last in that position,” Yvette explained. “What I hope happens is that there are women that watch this event and go, ‘I could run and I should probably reach out to Emily’s List about what I’d like to do in my community to make things better.” 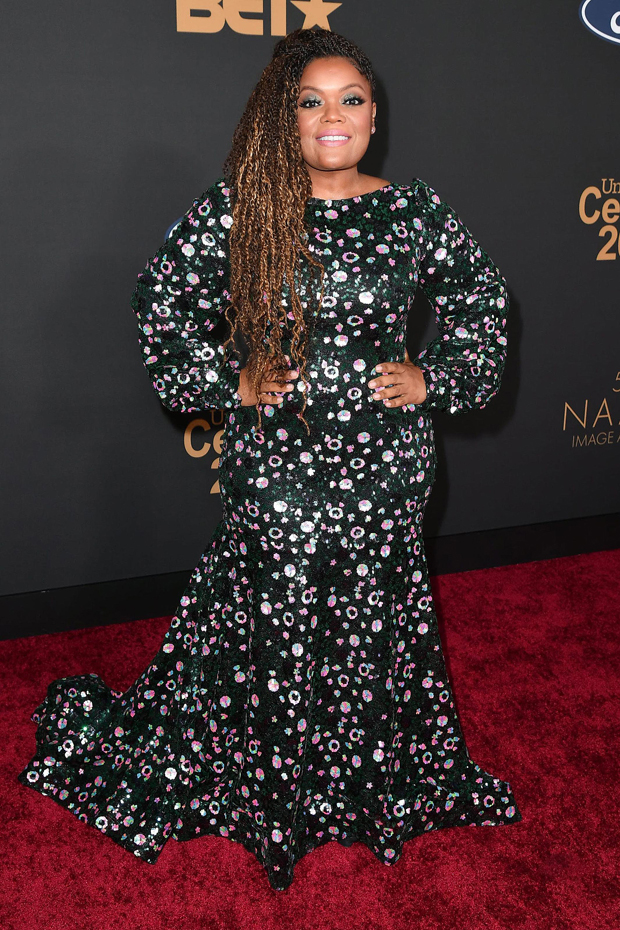 She continued, “I think that’s really what the event is for — to spark that idea of being a candidate and winning and letting Emily’s List be the thing that gets you across the finish line.” Throughout the year, Emily’s List hosts a number of events for pro-choice Democratic women that are fundraising in nature to help the candidates in their campaigns. “A lot of the things that we do are, ‘Hey, you need to meet this person,’ and not ‘Come pay this money.’ It’s come meet this person, because once you meet this woman, you’re going to want her to win whatever she’s running for,” Yvette said.

The actress had the opportunity, herself, to interview each female presidential candidate last year in partnership with Emily’s List. “What I love about whenever Emily’s List is mentioned, we say Democratic pro-choice women. So, let there be no doubt that everyone who is vetted and pushed forward by Emily’s list will have those two qualifications, among many others, but always those two,” she explained.

Visit Emily’s List for more information on how to get involved and attend their upcoming events.