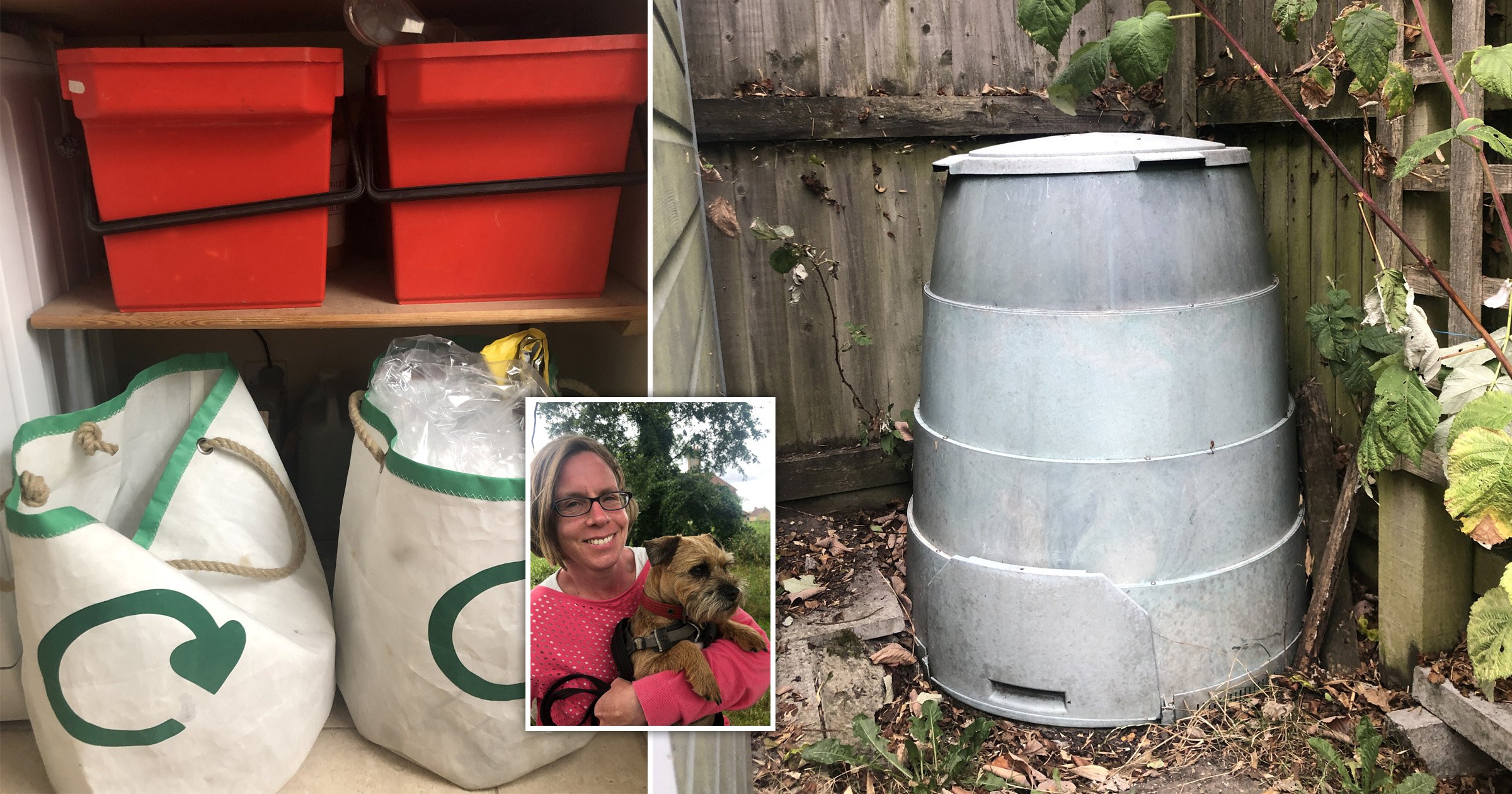 Hate the weekly chore of taking the bins out?

Perhaps you should take a leaf out of this mum’s zero-waste book.

Jen Gale, 44, has revealed how this week she put out her black bin for the first time in 2022 – despite living in a four-person household with pets.

To be clear, that means that her family has produced just one black bin bag full of rubbish in nine months.

That might sound impressive, but Jen says transitioning to a low-waste lifestyle isn’t as hard as you might think.

The mum-of-two, from Warminster, Wiltshire, started the family’s journey ten years ago, kicking off with buying second-hand and visiting zero-waste refill stores.

Over the course of a decade, they’ve gradually chucked away less and less.

Jen, a sustainability author and podcaster, said: ‘We just thought that if we wanted to reduce our waste, we’d start chipping away at it over time.

‘Now ten years on, it took us months to fill our black bin.

‘The only things that really go in it are plastic that can’t be recycled, although we don’t have much because we buy a lot of things packaging-free.

‘In some respects it costs more, such as shopping at zero waste stores and getting fresh veg boxes delivered, but we save money buying second-hand to make it up.

‘Once you have established new habits, it doesn’t really take a lot of effort to maintain them. It eventually becomes your new normal.

‘Last year we put our black bin out for the first time in April and we wanted to beat that this year – which we did!’

Their methods include composting food waste, such as eggshells, tea leaves, and banana skins, because their local council won’t collect this.

The family invested in a ‘Green Johanna’ bin from Great Green Systems Ltd – a compost bin which you can put all food and garden waste into.

‘This one step reduced our waste by at least 25%, and makes for way less smelly bins,’ Jen revealed.

The family also meal plan to avoid over-buying food, and Jen recommends having an ‘eat me first’ box for leftovers, opened food and things that are near their sell-by date.

Another key technique is to avoid single-use plastics wherever possible, and buy the biggest sizes of food items possible to avoid lots of little pots and packaging.

Visiting a zero-waste store helps too, and Jen recommends the website Good Club, which delivers zero-waste food to you.

The family orders their staples, such as pasta, rice, and dried fruit, from here.

Jen said: ‘Sometimes it can be a little more expensive, but using a zero waste store can be cheaper as it means you don’t have to get a full-sized bag of things when you only want a small amount.

‘If you can do it, shopping at zero-waste stores has made a huge difference to the amount of waste we end up with.’

The family also collect and recycle ‘flexible plastic’ – things like bread bags and plastic packaging from bananas – at supermarkets.

And a more unusual trick – which Jen explained was ‘met with resistance from others in the family’ is not buying kitchen roll.

Instead, they use reusable wipes, Cheeky Wipes, which they also use for napkins and mopping up any spills.

Jen said what actually ends up going in their waste bin is very limited – such as butter wrappers and netting for buying lemons or oranges.

Jen said: ‘Zero-waste living has become so normal to us, that it doesn’t feel restrictive.

‘I recognise privilege has allowed us to do all this.

‘We have space in the garden for a composter, and we get a weekly fresh veg box delivered.

‘Some things might be out of price range, but there are things everyone can have a go at.’

If you’re keen to cut down on your household waste, Jen says the first step is to have a rummage through your rubbish and see what you’re actually chucking away.

Then, you can choose one thing you commonly throw in the bin and focus on trying to reduce that.

‘I don’t feel we have had to turn our life upside down and become eco-warriors living in a yurt to achieve what we have,’ added the mum.

‘You have to allow yourself to be imperfect, but to develop a nice set of habits that don’t feel too difficult.’