It is difficult to ignore the fact that Roger Federer, Novak Djokovic and Rafael Nadal will all be playing on Saturday afternoon in Paris. As appealing a draw as they might be, against three unseeded players, there are minuscule chances for upsets as the “Big Three” march forward.

Direct your attention to the women’s draw; packed with exceptional matches from dawn on the East Coast until dusk in Paris. Although last year’s champion, Iga Swiatek, will be the main focus, plenty of other contests are sure to entertain.

Here are some matches to keep an eye on.

Because of the number of matches cycling through courts, the times for individual matchups are estimates and may fluctuate based on when earlier play is completed. All times are Eastern.

Sofia Kenin, the fourth seed, has had a pair of tough matches to start at Roland Garros. The former French Open champion Jelena Ostapenko was an early test in the first round. Kenin reached the final last year but lost at the Australian Open in the second round earlier this year. Now, with a couple of wins under her belt, it seems that Kenin is regaining the confidence necessary to push into the second week of the French Open.

Jessica Pegula, the 28th seed, has had an excellent run of form this year. She reached the quarterfinals of the Australian Open in February, recording a pair of upsets over Victoria Azarenka and Elina Svitolina along the way. In the past few months, she has also recorded multiple victories over Karolina Plíšková and Naomi Osaka. With this in mind, Pegula will feel she is well matched to challenge Kenin, even though Kenin came out victorious in their match earlier this year. 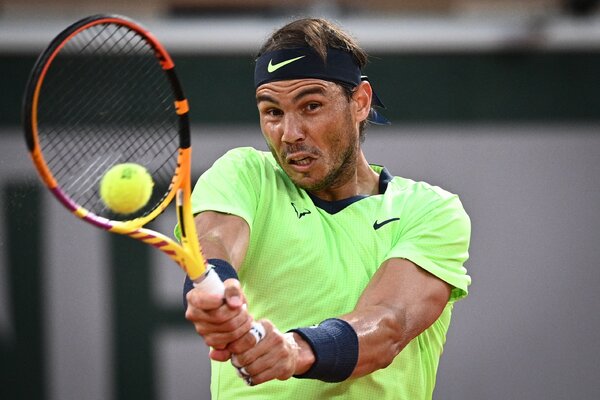 Cameron Norrie, ranked No. 45, has had a breakout year. He has reached the third round of a Grand Slam event in three of his past four attempts and reached the final of two clay court events in May. This run will push him into the top 40 for the first time in his career, but Rafael Nadal is likely to end Norrie’s French Open.

Nadal, the 13-time French Open champion, has won 102 of his 104 matches played on the grounds of Roland Garros. It’s a stunning statistic, even without considering the caliber of players that he has battled against throughout the years. He has once again looked dominant, not dropping a set on his way to the third round. For the time being, there doesn’t seem to be any challenger worth discussing as a successor for Nadal, and it makes his march to the final an almost foregone conclusion.

Jennifer Brady, the 13th seed, needed steely determination to push through her second round match against Fiona Ferro. Brady was down a break on two occasions in the final set, but she managed to fight back, using her powerful forehand strokes to force Ferro around the court. The match took over two hours, and it will be interesting to see whether Brady can bring that same energy into her next challenge against talented Coco Gauff.

Gauff, the 24th seed, has slowly been establishing herself as a serious contender on the WTA Tour. After breakout performances at the U.S. Open and Wimbledon in 2019, Gauff had a quiet 2020 season, but she is now working her way up the rankings. Although she has lost her only match against Brady, Gauff’s game has progressed well since then, and she will be confident that she can edge out an upset in this competitive matchup.

Jannik Sinner, the 18th seed, is at the lead of an Italian renaissance in tennis. The 19-year-old reached the quarterfinals of the French Open in 2020, and the finals of the Miami Open, a masters level event, earlier this year. Although he has looked slightly inconsistent on clay over the past few months, there have been shining moments, even in defeat to some of the best players on the tour. If he can settle into matches early and try to control them from the start, anything could be possible.

Mikael Ymer, ranked No. 105, upset the 14th seed, Gael Monfils, in the second round over four sets. Ymer has begun to show serious results in 2021, reaching the third round at the Australian Open and now again at Roland Garros. Ymer’s hard-striking baseline game is not particularly well suited to clay, but his athleticism can help him overcome deficiencies in his play on any given day.

Here are a few more matches to keep an eye on.