ARSENAL have completed the £27million signing of Brighton & Hove Albion winger Leandro Trossard – but admitted they don't know if he can face Manchester United.

The Belgium international becomes the Gunners' first signing of the window. 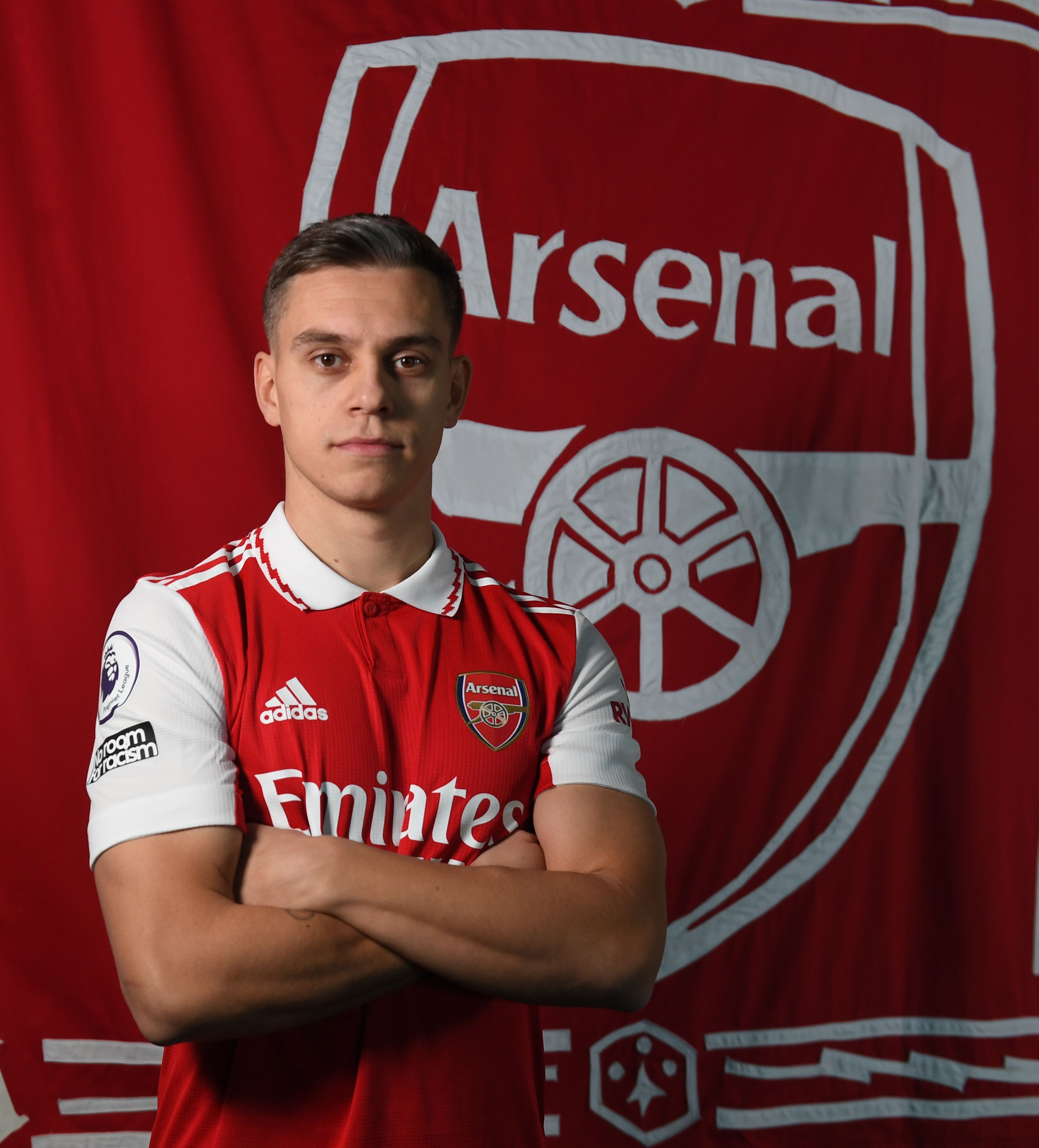 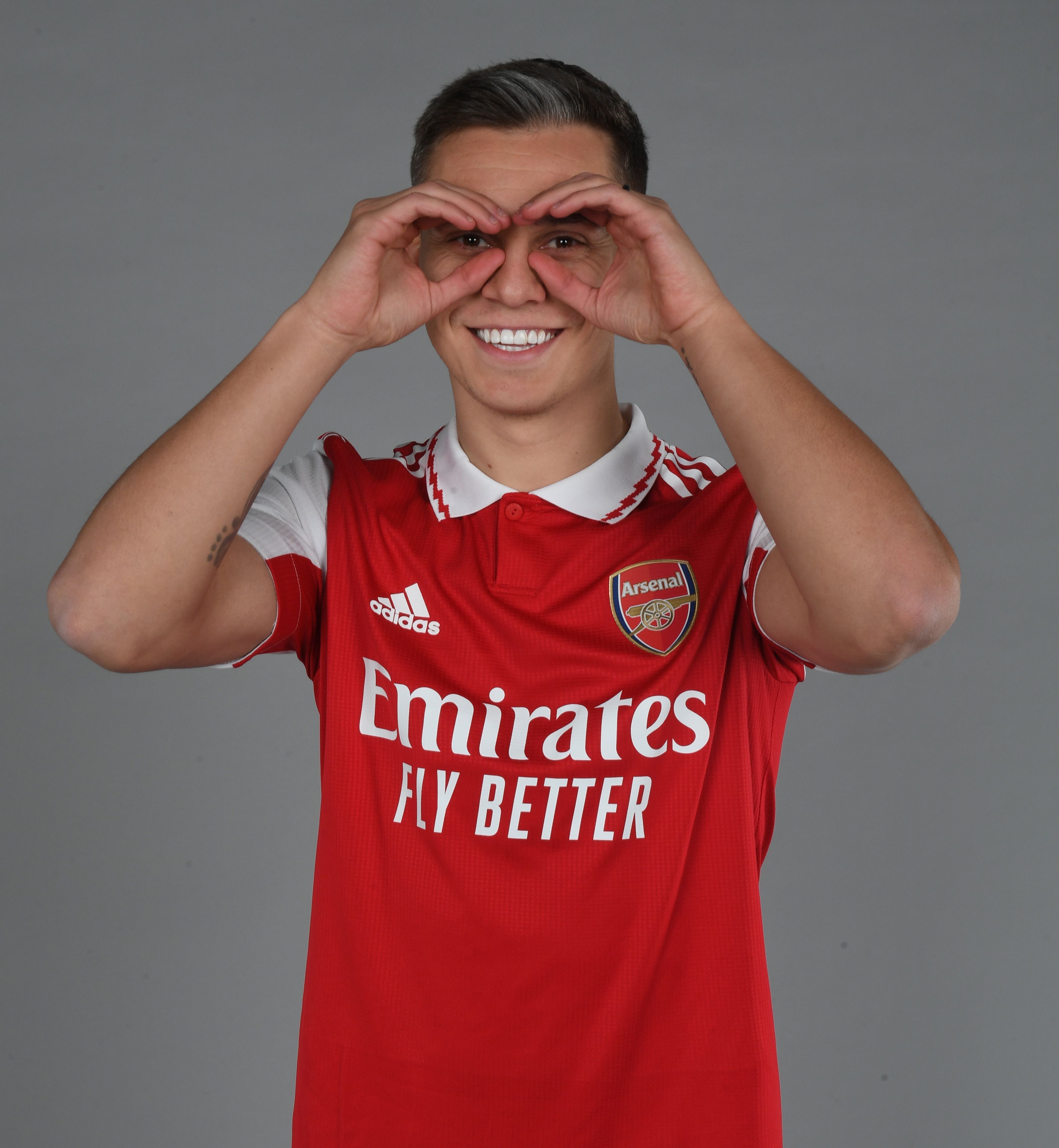 Mikel Arteta has been desperate to add depth to his frontline this month and the club have moved quickly after missing out on Mykhailo Mudryk.

Trossard had entered the final 18 months of his deal on the south coast after Brighton triggered a clause in his contract.

He arrives at the Emirates in a £27m deal and will wear the No19 shirt formerly held by Nicolas Pepe, Bernd Leno, Santi Cazorla and Jack Wilshere.

The Belgian World Cup star said: "I know the manager is a great coach and I hope to be involved in doing great things and getting better as a player in every aspect.

1-2-Free: Win £100 in CASH if you correctly predict three scores with Ladbrokes 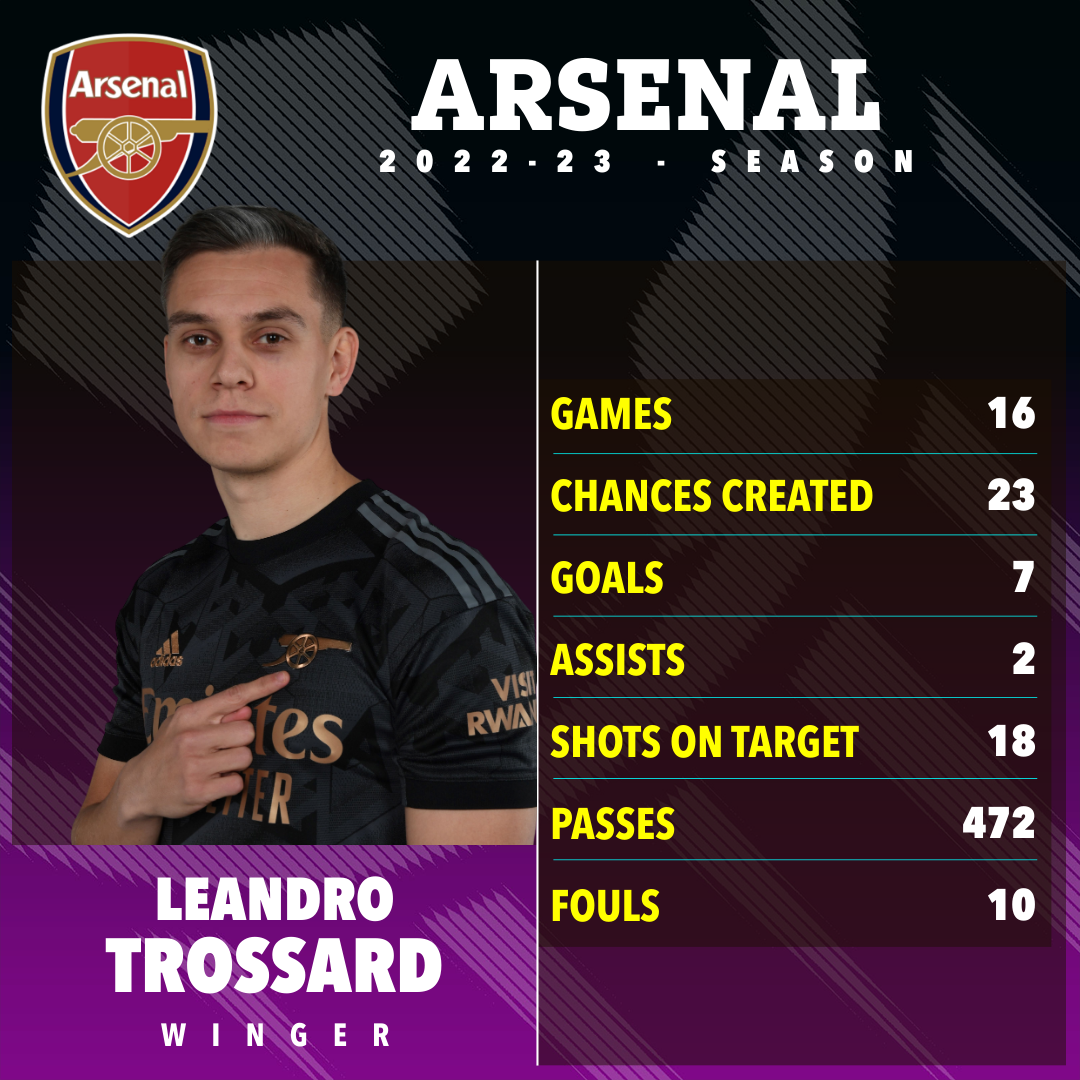 “I’m really excited to see the fans in the stadium. I hope I can give you my all. I want to try and create as many magic moments as possible, and hopefully we can celebrate together.

"Arteta and Edu told me they really like me as a player, that I would really suit the system and how they want to play. It helps me that I’m versatile and that I can play in different positions.

"They’re looking forward to working with me and vice versa. I’m really excited to work with them and I think Mikel is a top coach.

“I like to be in the pocket behind the striker. On the wings, I can explore myself as well.

"I’m comfortable in either of those positions but if I were to choose, behind the striker – but it all depends on the system.

"I can hopefully help the team to win tough games – I’m great in tight spaces. I’m quite experienced as well, so I hope I can bring that to the team as well.”

Trossard was at London Colney for his medical this morning with the club desperate to get the deal signed and confirmed to the Premier League before 12pm so he would be eligible to face United on Sunday.

The transfer was eventually announced on social media at 3.31pm but the club said "all documents have been submitted" and they are "hoping Leandro will be eligible for selection" against the Red Devils.

Arteta said: "It is good work from everyone at the club to complete the signing of Leandro. 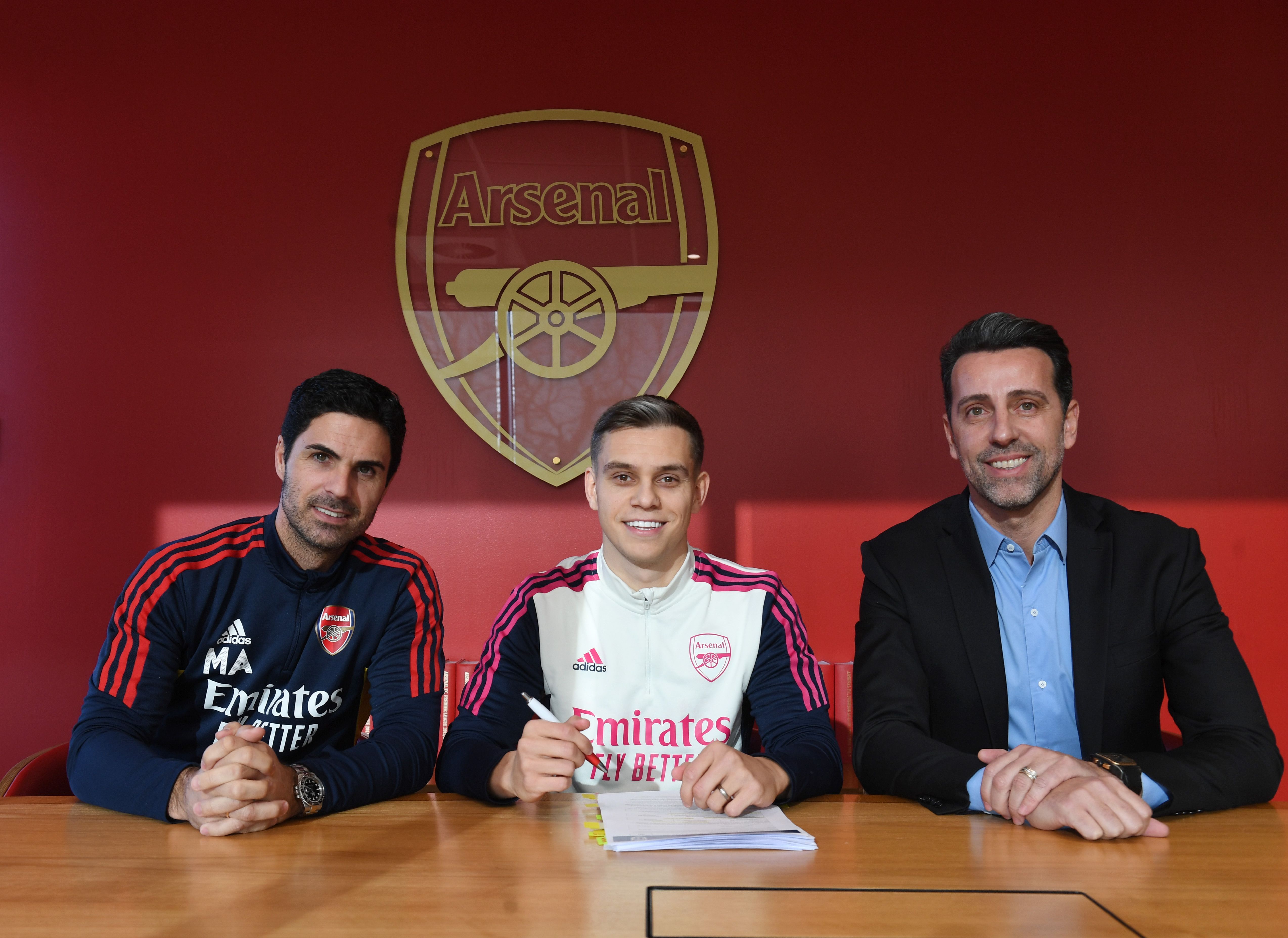 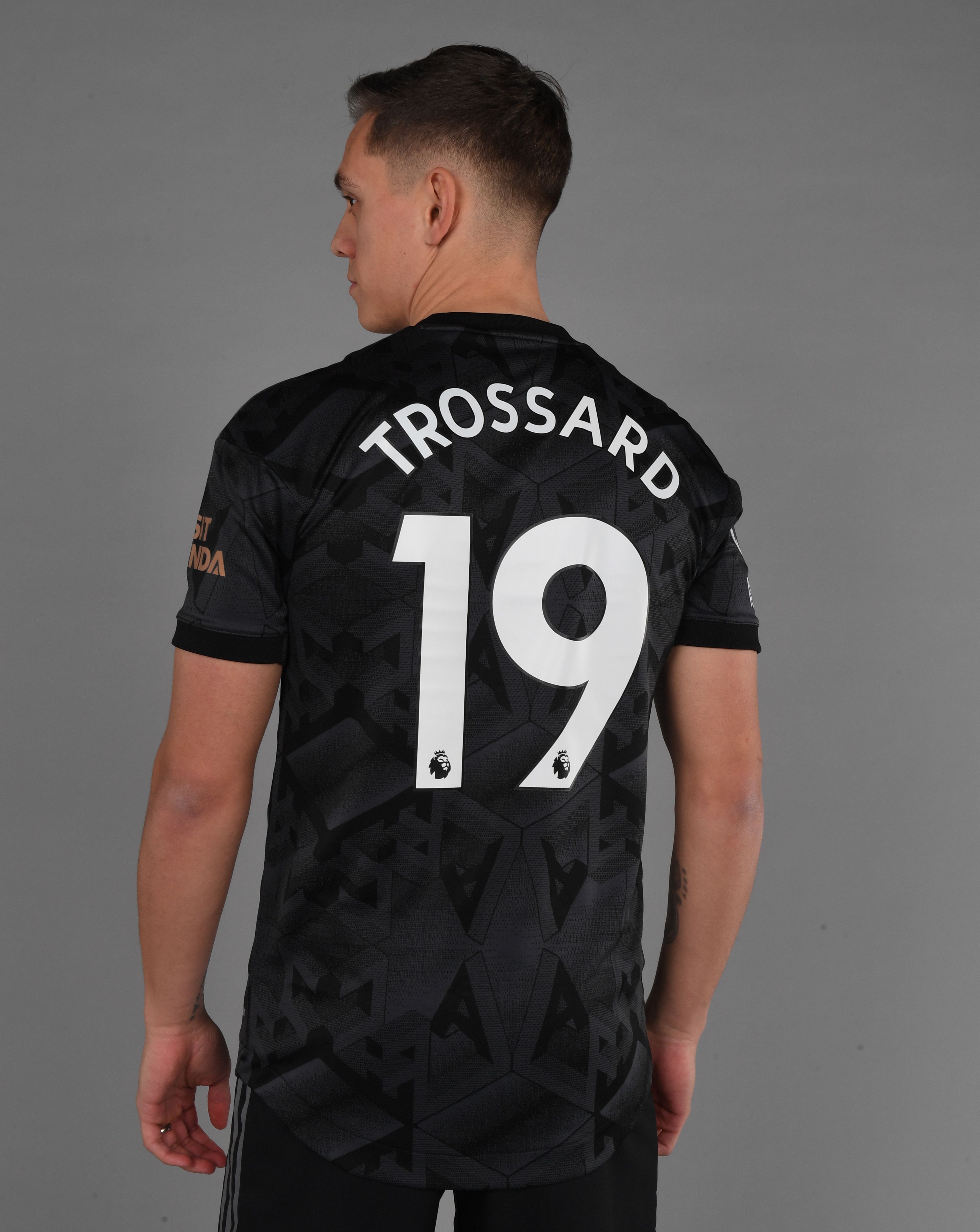 "He is a versatile player with high technical ability, intelligence and a great deal of experience in the Premier League and at international level.

"Leandro strengthens our squad as we head into the second part of the season and we’re all looking forward to working with him.

"We welcome Leandro and his family to Arsenal Football Club.”

Trossard has scored seven goals in 17 Premier League games this season including a hat-trick at Anfield but hasn't played since the defeat to Arsenal on December 31.

And he was axed from the squad for the games with Middlesbrough and Liverpool.

Asked about the transfer, De Zerbi said: "I’m sorry for the last period, but I still would like to wish Leandro good luck for the future."

Trossard has ended his three-and-a-half-year stay at the Amex Stadium.

He scored 25 goals and added 14 assists in 121 games for the Seagulls.

And he heads to Arsenal hoping to provide competition in the forward areas for the likes of Gabriel Martinelli and Bukayo Saka, who've both started every Prem game this season.

But the Gunners have a fourth-round tie at Manchester City next weekend and are still in the Europa League, so his arrival will allow Arteta to rotate his squad in those competitions.