ARSENAL face a massive loss on striker Eddie Nketiah after failing to sell him in the window.

Nketiah is stalling on a new contract and can sign for a foreign club in January, leaving the Gunners without a fee. 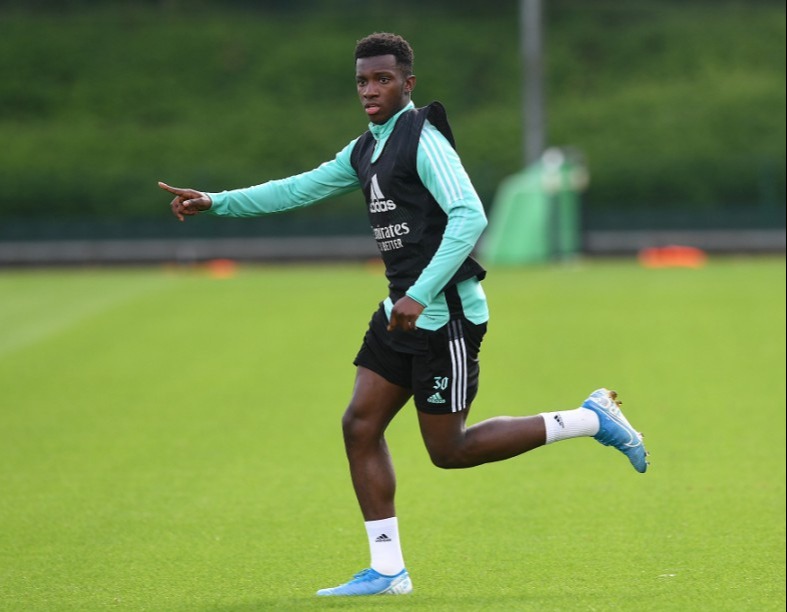 The home-grown forward will be looking for a bumper payday — probably in Germany.

Crystal Palace were the only domestic club keen on Nketiah, 22, but the deal collapsed and the Eagles took Celtic’s Odsonne Edouard instead.

Nketiah could collect wages of £60,000 a week plus signing-on cash if there is no transfer fee to be paid for him.

That will mean Arsenal missing out on a fortune on a player they wanted £20million for originally but were willing to take about £12m at the end of the market.

Arsenal also wanted a sell-on fee or a buy-back option, which put off potential suitors. And with his wages on top, it made the move too much for any domestic takers.

Now Nketiah can sign an overseas pre-contract in a matter of weeks — leaving the Gunners with another transfer setback.

Brighton also showed interest in the forward this summer so there could be Premier League options on the table for Nketiah.

But they risk being beaten to his signature if a foreign club makes a January move.

Arsenal also failed to offload a number of other fringe, unwanted players, such as Ainsley Maitland-Niles and Sead Kolasinac.

But The Gunners did manage to secure last gasp loan deals for Hector Bellerin, Reiss Nelson and Alex Runarsson, while Willian cancelled his contract.