ONE of Benjamin Mendy's alleged rape victims tearfully told detectives how she woke up with him on top of her after going to bed alone.

The then-19-year-old said she had been drinking champagne with the Manchester City footballer, 28, and his pals at a nightclub before heading to his Cheshire mansion. 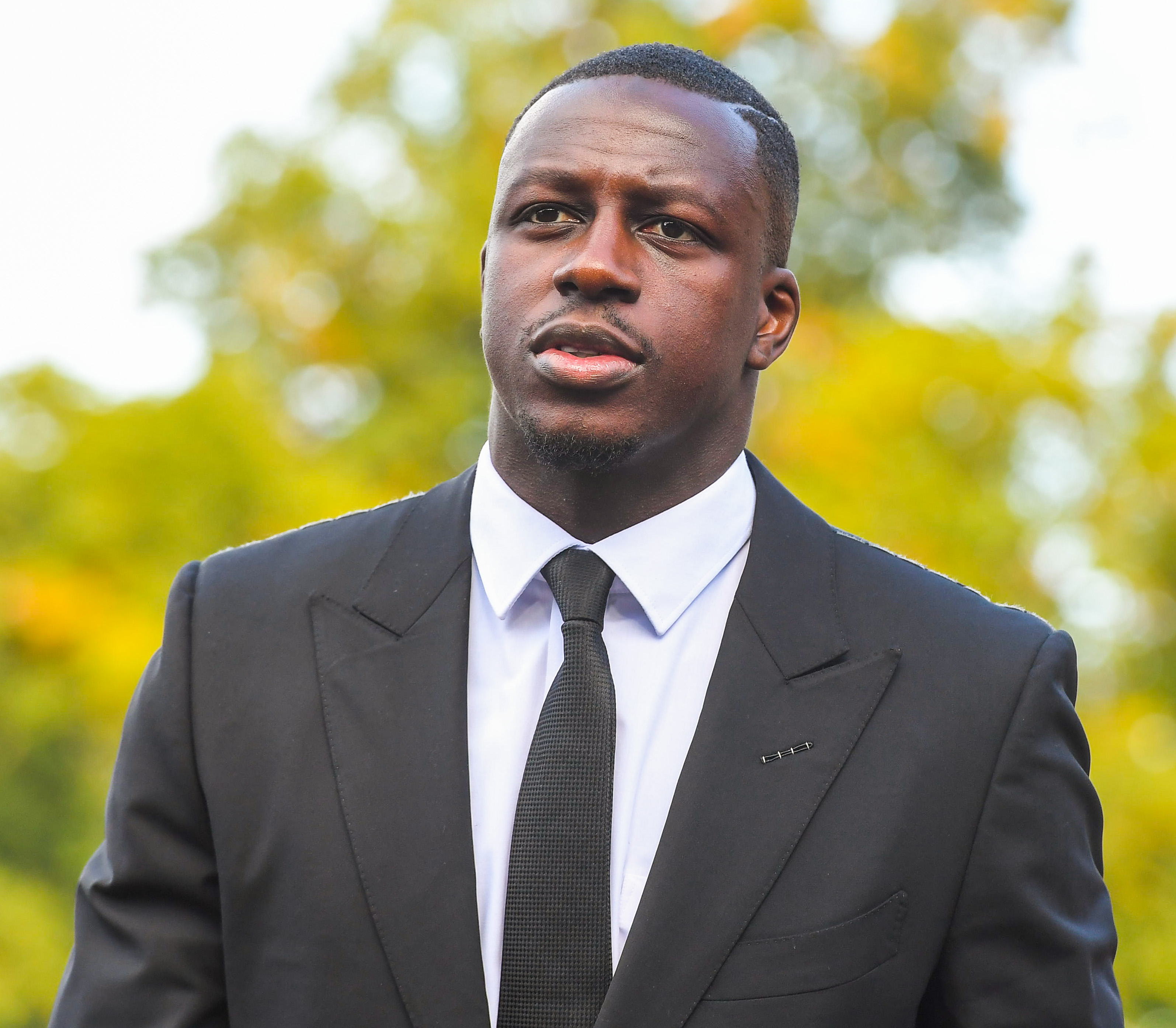 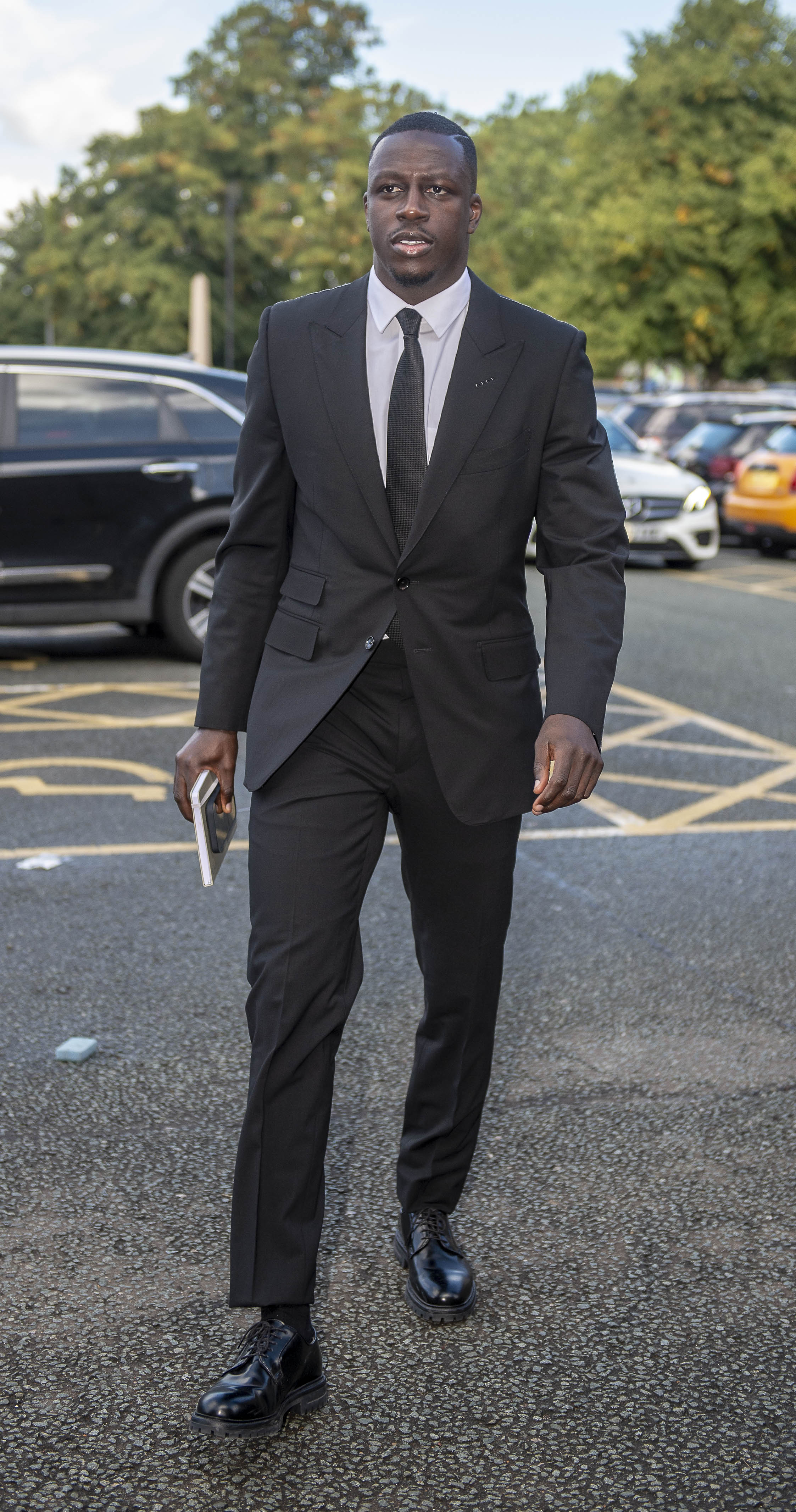 After spending time in the swimming pool, she said she became sleepy and went up to a top floor bedroom at the house in Mottram St Andrew near Prestbury.

The woman changed out of the bikini she had brought with her and into her underwear and fell asleep, alone, in the double bed.

In her police interview, played to jurors today at Chester Crown Court, the witness, breaking down in tears, said: "I woke up to find Ben on top of me, but I was on my side.

"It was horrific, I was on my period. 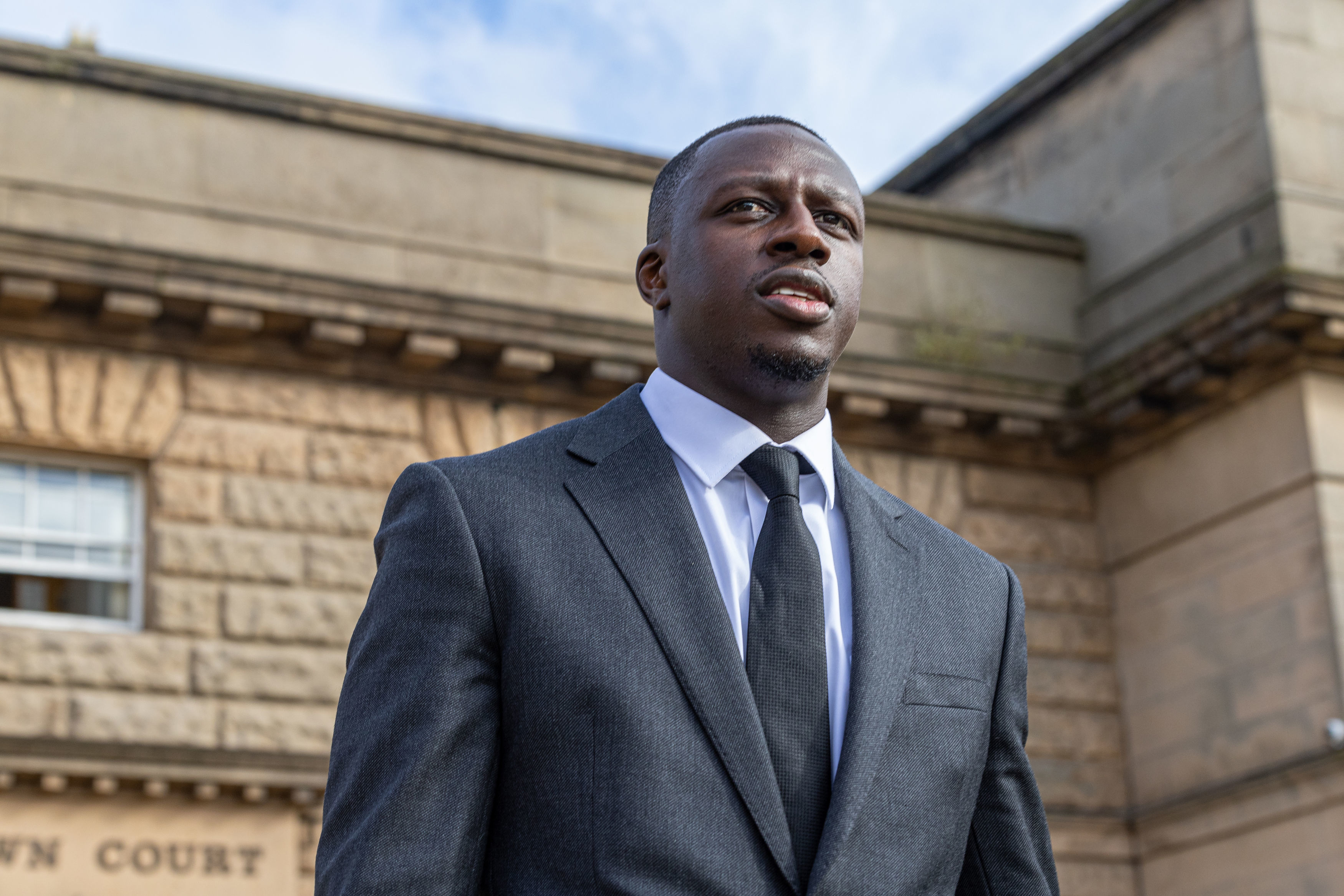 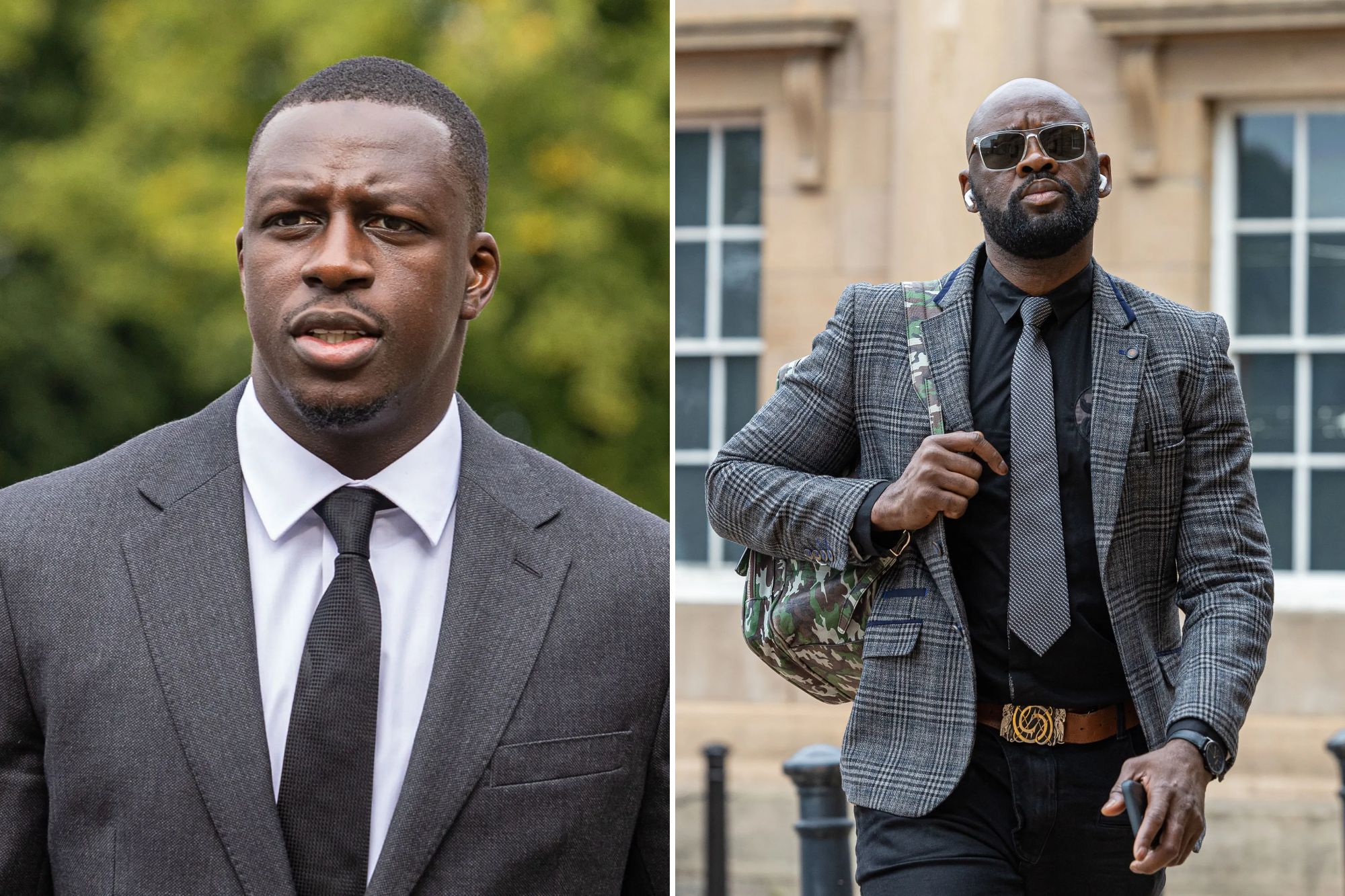 "I remember five seconds of it and him putting a towel under me.

The woman, who described herself as "out of it" or "6/10" drunk, was then asked if there was "any chance" Mendy could have thought she wanted to have sex with him that night.

She replied: "No, because I don't know him that well."

SOCK IT TO 'EM

The woman said two or three months before the alleged rape, she had sex with Mendy, but she was sober and it was consensual.

Under cross-examination, Eleanor Laws QC, defending Mendy, suggested her account of what happened, waking up to find Mendy raping her, was the "exact same" allegation made by her friend, who the footballer is also accused of raping the same evening.

The witness replied: "I have not spoken to her."

Mendy denies the rape, in the early hours of July 24, 2021, along with the rape of two other young women over the same 24-hour period at his home.

He also denies five other counts of rape, one attempted rape and a sexual assault, all relating to seven young women, between October 2018 and August last year.

Prosecutors allege Mendy is a "predator" who turned the pursuit of women for sex into a game.

Matturie, 41, Mendy's friend and fixer, had the job of finding young women for sex, it is alleged.

Both men deny any offences and say if any sex did take place with women or girls it was consensual. 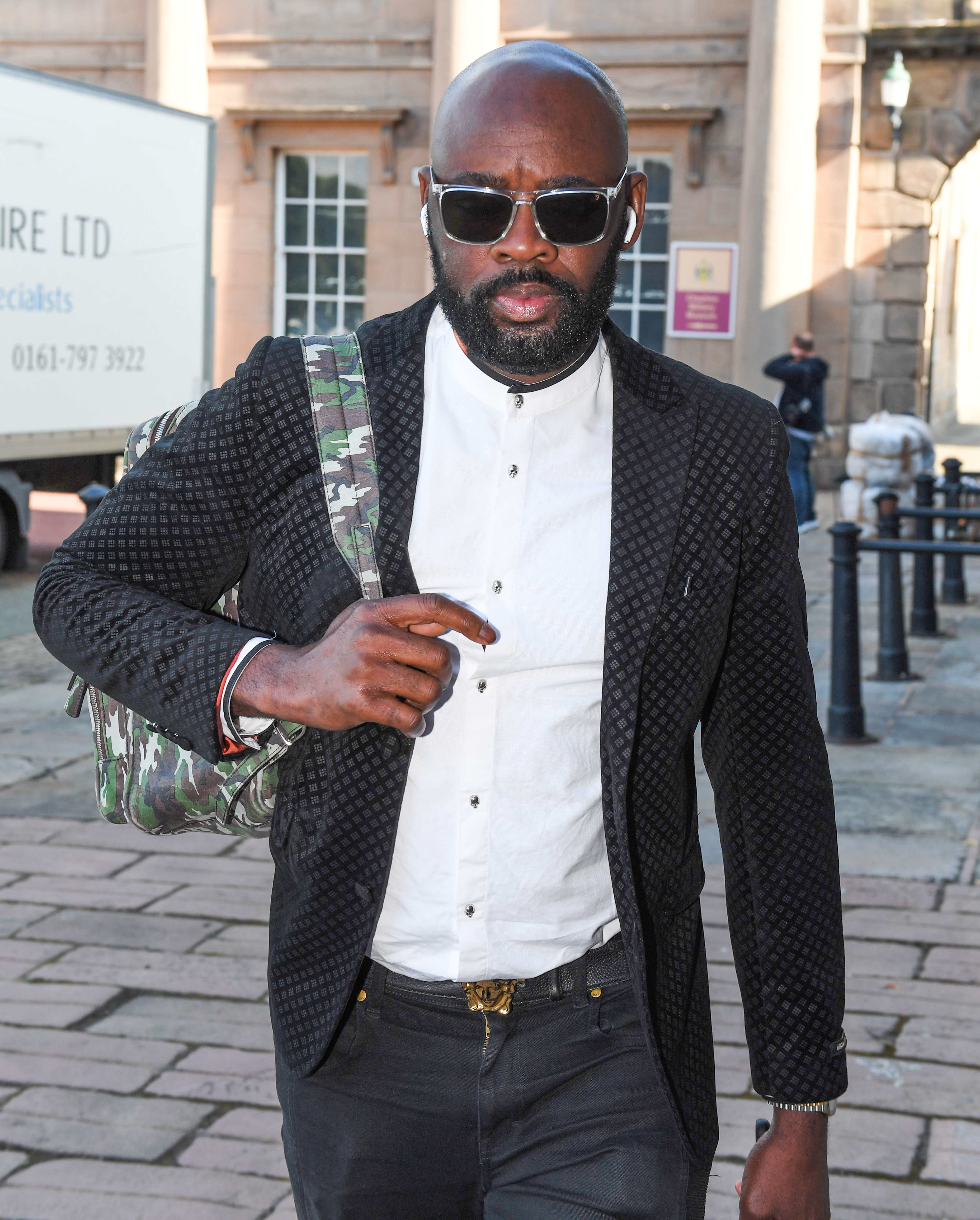