MUCH has been written this week about Arsenal’s Player of the Season Bukayo Saka.

His incredible – though unsurprising to the Arsenal faithful – performances at the Euros culminated in his penalty being saved in the shootout in the final at Wembley. 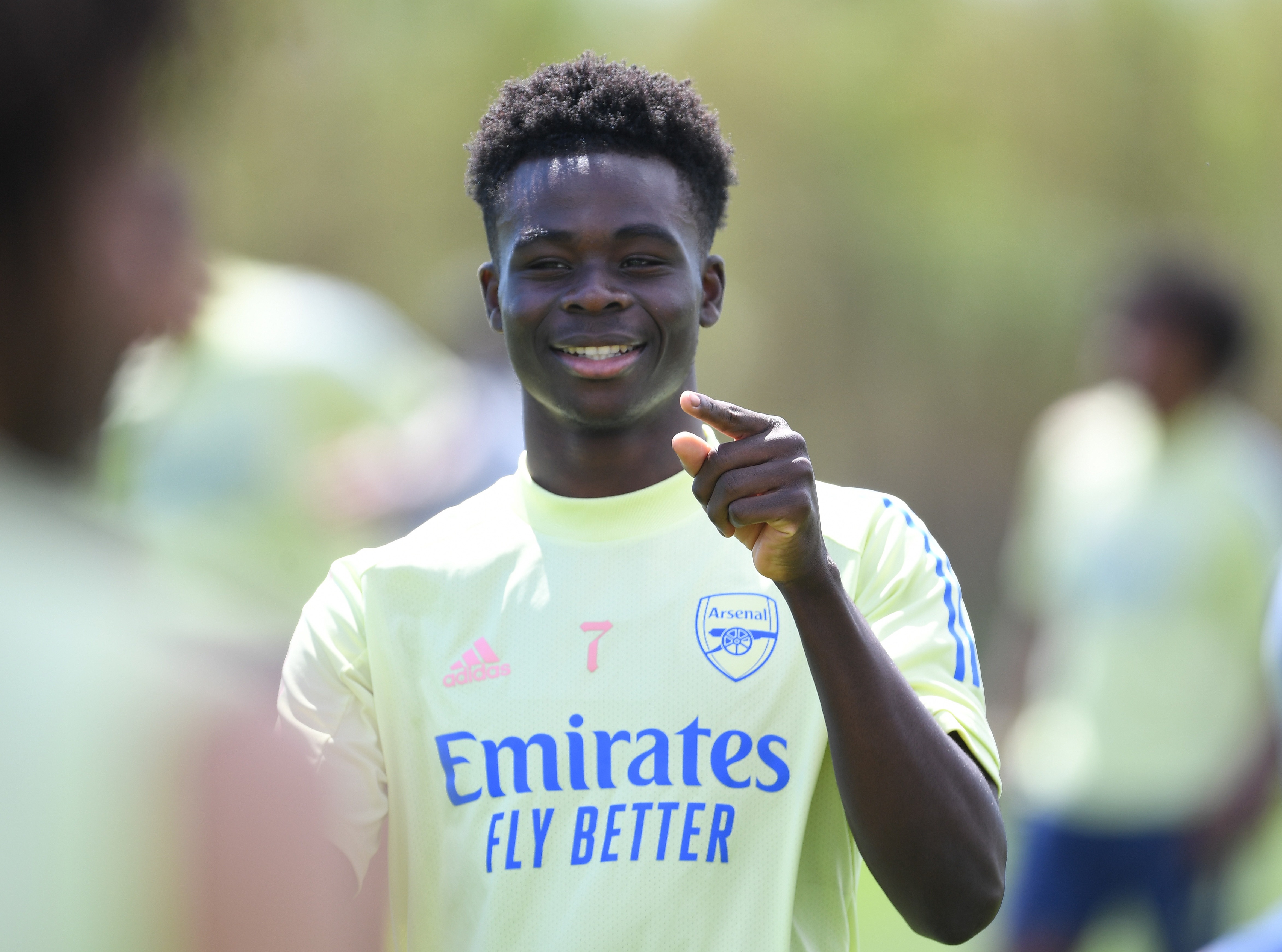 I could write about my incredulity that it was Saka taking the fifth and all-important penalty, when there were several more experienced England players who took a step backwards.

I could write about the absolutely sickening racist abuse he, along with Marcus Rashford and Jadon Sancho, have had to endure, but I would rather not waste any of my precious time acknowledging idiots.

No, I would sooner write about Saka the Arsenal man, the player who at 19 showed incredible courage to accept such responsibility and embrace such a huge burden, knowing his country expected.

Yet, as Ian Wright so eloquently put it the week before: "Saka my guy. Everyone at Arsenal knows he is burdened with glorious purpose."

For me, the fact that Saka was mature and brave enough to take on the task, when others quaked in their expensive sponsored boots, speaks volumes for what we know as ‘The Arsenal Way’.

And it is this along with the evidently strong, loving, and stable family that will ensure that young man, destined for greatness in this game, will stay on that course.

I think I always had an idea about the Arsenal Way, but it was when I wrote my biography on Geordie Armstrong that I truly grasped what it meant.

Armstrong, as Reserve Team Manager from 1990 to 2000, was a custodian of it, and it was Greg Lincoln, who came through the academy into his reserves, winning the Premier Youth League in 1998, who succinctly described it for me.

He said: “It is a way of conducting yourself in the football world, both off and on the pitch, passed down from one generation to the next.”

On the pitch it is about football intelligence, and a thought process that kept you ahead of the game, alongside technique, skill, and the ability to know what you wanted to do when you received the ball.

Off the pitch it is about respect for your coaches, your colleagues and those you interacted with from other clubs because you were representing ‘The Arsenal’.

Greg Lincoln has been a coach at the Arsenal Academy since 2010 and currently as a Professional Development Phase Technical Coach he will, along with others, imbue this club ethos into Saka.

And every time the young man is interviewed it shines through. In 2014 having concluded that season as Under-12s coach, Greg described it further to me.

He said: “It is important for the boys to know that at our football club, we like to develop them as people.

“We know that they are not all going to play for our first team, but we like to think that whatever happens to them in their football life, they leave us not only as a better footballer, but as a better person as well.”

Of course, Saka has made it at Arsenal, and we all hope that his career path will always be with the club we love.

The reality is that he may not always be a Gunner but for as long as he is, he will know that he is surrounded by fabulous coaches, team-mates, and staff, who value him as a player but crucially as a human being.

Having been at the club since he was seven, Bukayo will have grown up in a football environment based on all the elements described above, which will have given him a well-rounded education that has gone far beyond football and helped mould the articulate, engaging man we see today.

The Saka that carried Arsenal at the age of 18 and made himself a vital element in England’s march to the final of Euro 2020, it still the same man and the same footballer, despite one missed penalty and the abuse of mindless, uneducated racists.

This young man is grounded by a wonderfully loving family unit, an adoring fanbase, a club structure designed to support and protect one of their own. It ever has been and ever will be The Arsenal Way!

Stay strong Bukayo, and when those around you reveal their weak mentality and their discriminatory nature, think of the advice of the player whose shirt number you proudly wear – “Remember who you are, what you are, and who you represent."