The 35-year-old star captained his team to a 4-0 victory over St Johnstone on Wednesday night. 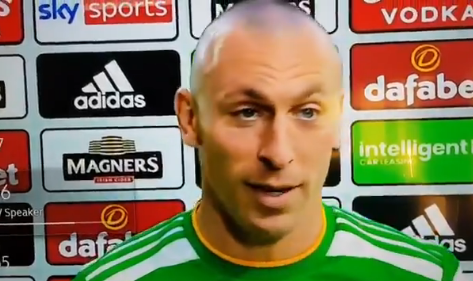 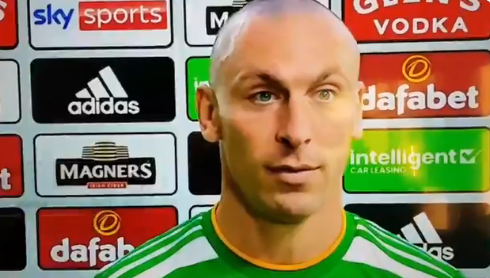 The game was the veteran star's final home match after 14 years as a Celtic player before his summer switch to Aberdeen.

Prior to the match he was given a special presentation by outgoing chief executive Peter Lawwell, as both sets of players clapped the star on to the park.

And the ex-Scotland international will be delighted to sign off his 14-trophy laden years at Parkhead with a resounding win.

After the match he was interviewed on the club's official TV channel – and it was one for the record books.

Struggling to contain his laughter throughout, Brown dropped the f-bomb while overhearing his song being blared over the sound system at Celtic Park. 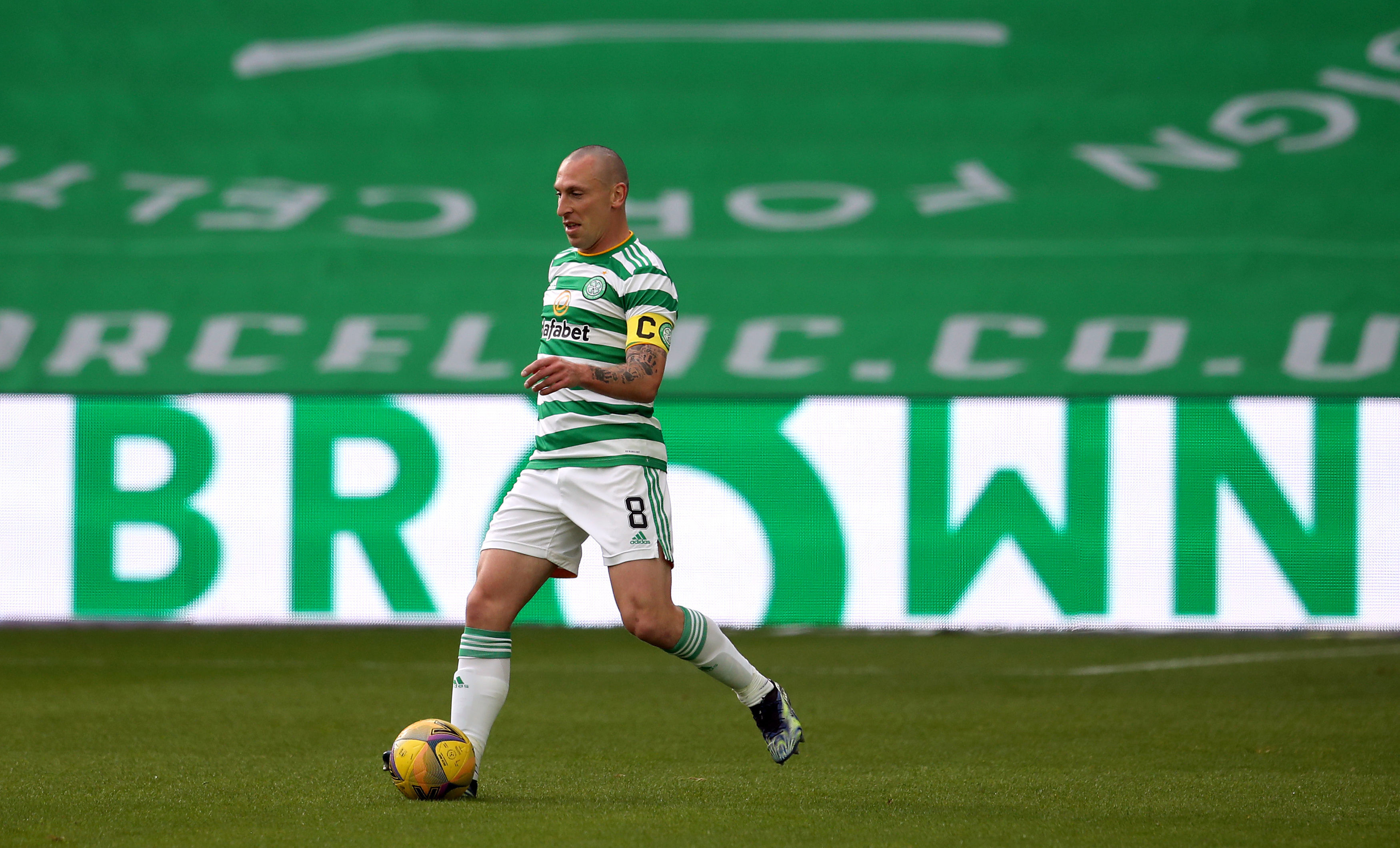 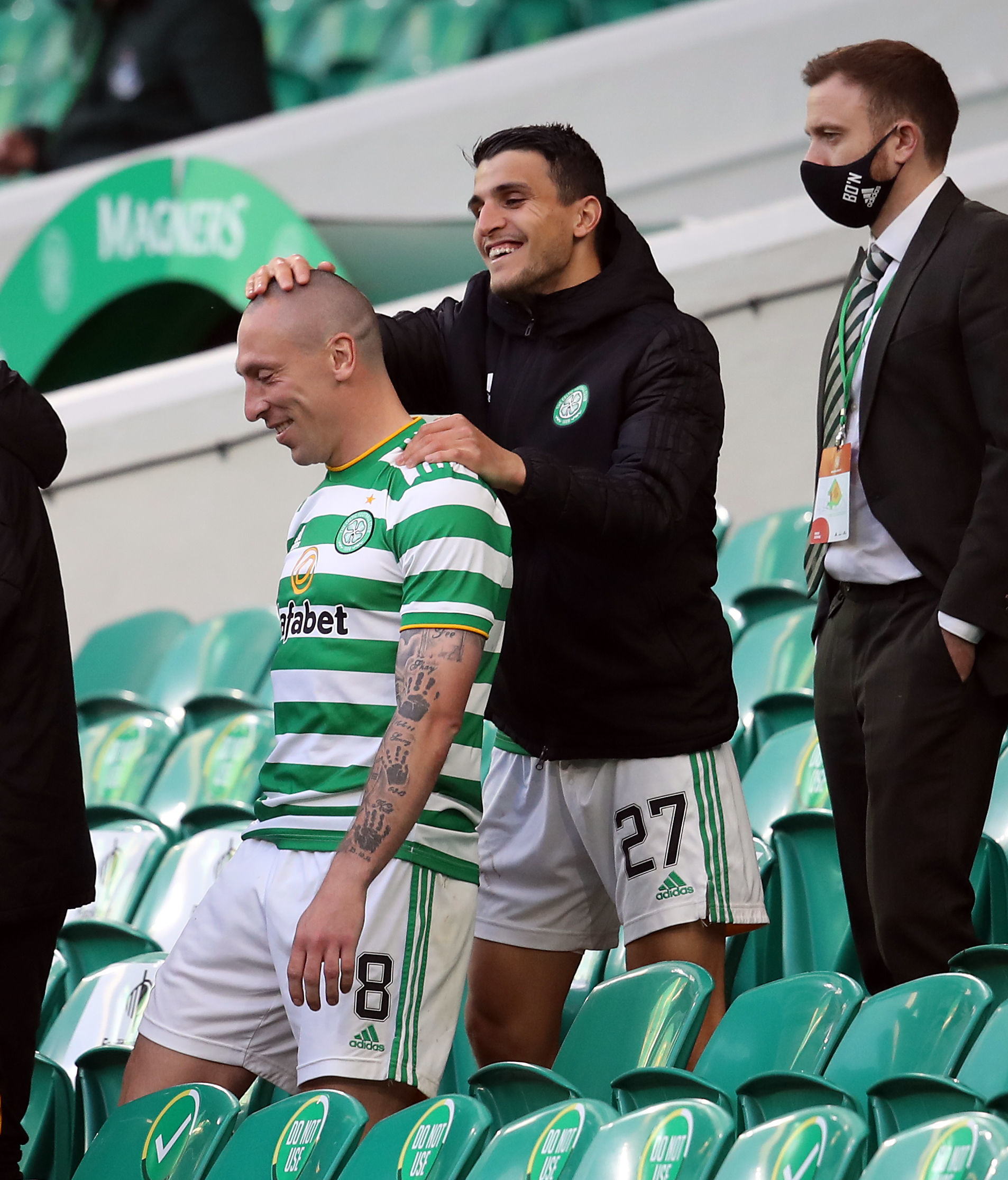 After apologising, along with the interviewer, he said: "It's a great way to win. We wanted to win especially with it being the last home game of the season.

"It means so much to myself as well. It's been a fantastic 14 years and it's an emotional day but i'll take it in my stride. I've got one game left where we'll go to Easter Road, where it all started, so it'll be a special occasion.

"The first year when I walked into the club I was happy just to win one trophy. My career has been really enjoyable and I've loved every single moment of it.

"It's a special club with special fans. It's just sad they're not here today for me to say goodbye to them.

"Here's hoping I can come back with Aberdeen next season and say goodbye then.

"Thank you very much for your support and patience. Celtic will be back and challenging next season."

Brown's decision to move on brings the curtain down on a hugely successful spell with the Hoops where he lifted a total of 22 TROPHIES.