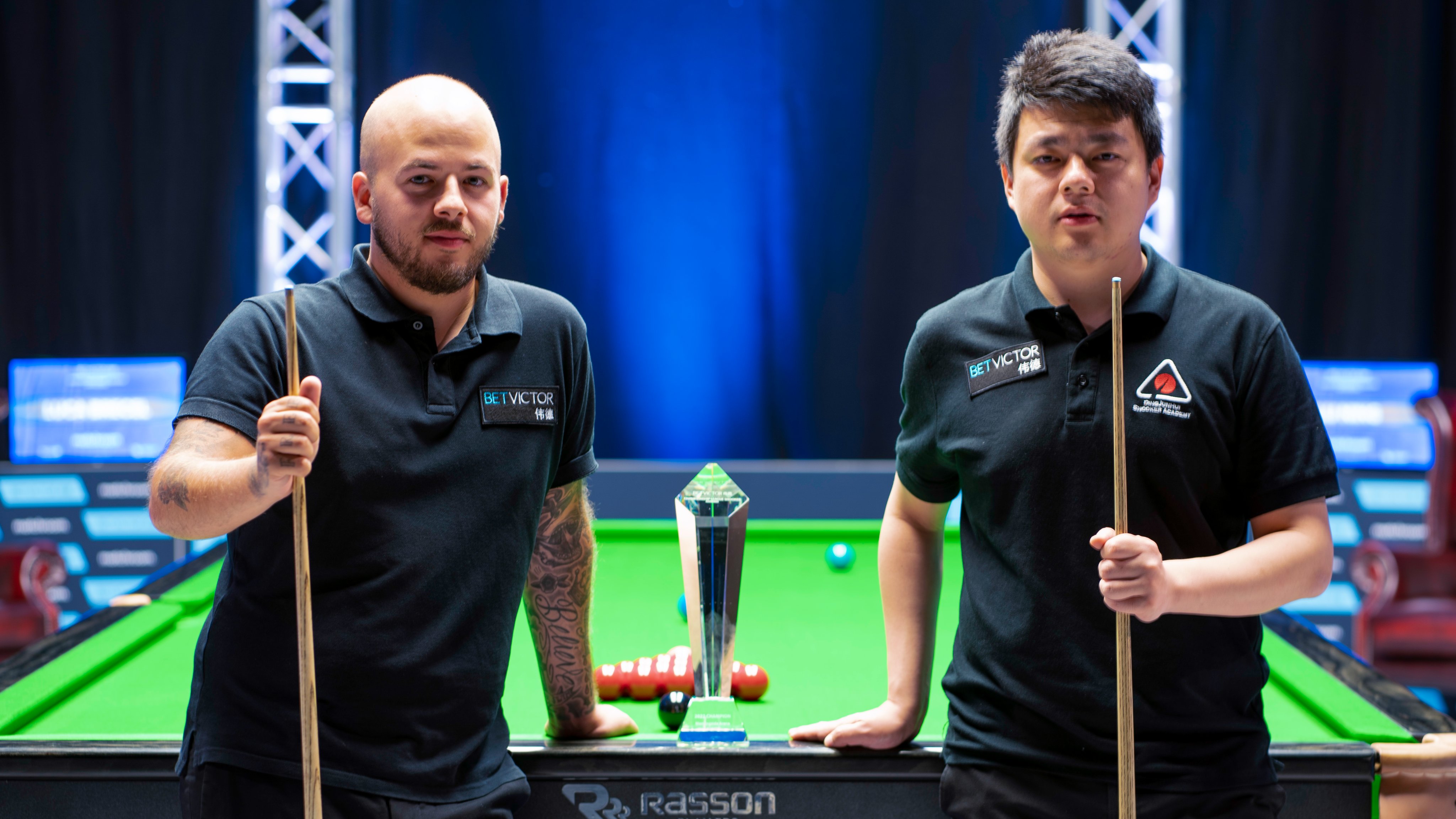 The Championship League opened the snooker season on 28 June and it finally came to a close on 29 July with Luca Brecel crowned the first ranking event winner of the campaign.

Let’s be clear, this is nobody’s favourite tournament, even the Bullet wouldn’t be putting it in his top five events as he carries the trophy back to Belgium.

Very short-format matches, over a quite incredibly long time, behind closed doors and with many players rusty after their summer break.

The Crucible it ain’t, but that’s enough of the negatives because despite all that there are things to take away from the Championship League.

Of course the biggest names do not take it as seriously as when they head to Sheffield of York, or even Milton Keynes or Brentwood, but over a month-long ranking event plenty has cropped up.

We have seen 106 centuries over the tournament as players warmed up to the task and having played 10 matches to lift the trophy, Brecel deserves a lot of credit for emerging from a high quality field.

Luca Brecel is talking the talk and walking the walk

Brecel is announcing himself as a regular contender at the top of the sport both with his words and with his cue.

After winning his first group, the 27-year-old made it clear he was expecting to do well and we should all get ready to see him win a lot more matches.

‘I practiced a lot during the summer, playing some really good stuff in practice so it’s not a surprise, but it’s always nice to do it on the match table,’ said Brecel.

‘I feel like I’m playing a lot better than last season so hopefully it’s going to be a good season again.

‘I don’t have many points to defend this season so the only way is up. If I can get some good results like last season, I could finish maybe top four by the end of the season, so a lot to play for.’

It is a huge task for him, but the Bullet will climb to ninth in the world after lifting the trophy, his best ever ranking. It is his third ranking title and the first time he has won them in successive seasons.

He showed great poise under pressure in his third group, needing to beat Zhao Xintong 3-0 in his last game to reach the final, which is exactly what he did. At 1-1 in the final he made two big breaks looking incredibly calm to get over the line.

Brecel has always had the talent, but with confidence, experience and a winning habit now added into the mix, he is going to be a threat in everything this year.

Zhao Xintong is close to the top but not quite there

Zhao Xintong was making the Championship League look extremely easy when many others were not. There were plenty of rusty players on show, but the Cyclone wasn’t one of them.

He breezed through his first two groups and kicked off the final Friday with two wins, meaning he just needed to avoid a 3-0 loss to Brecel in his last match to reach the showpiece.

Having looked imperious, Zhao faltered for the first time in the entire competition, missing a number of balls he would expect to get when he really needed to get them.

Zhao won’t be losing too much sleep over it, but it was a concerning lapse at the crucial point. The 25-year-old is heading for the top of the sport, but he still has things to learn and improvements to make.

He showed off his talent and work ethic in this event, both of which mean that he could dominate snooker at one point, but it is not going to happen quite yet while he still shows fragility at times.

22-year-old Pang Junxu cemented his position as one of the brightest young stars in the sport as he continues his march up the world rankings.

The Chinese won Rookie of the Year after turning pro in 2020 and he is improving all the time, working hard at the Ding Junhui Academy.

China’s greatest ever player has claimed Pang is the hardest practicer in the academy, which says a lot, and it is paying dividends as he makes the kind of progress early in his career that so many youngsters find difficult, if not impossible.

Pang topped his first group ahead of Ryan Day, Dylan Emery and Reanne Evans, before much more impressively seeing off Ronnie O’Sullivan, Ali Carter and Yuan Sijun from his second group.

He didn’t emerge from his final group, but did pick up draws against grizzled vets Stuart Bingham and Ricky Walden.

Pang is not bursting into finals or anything, but making very impressive progress. We can expect to start seeing him reach quarter-finals in the near future and break the top 32 for the first time. An impressive player.

And while we’re giving a nod to young players to impress, a word for Chang Bingyu, Aaron Hill, Yuan Sijun, Ben Mertens and Florian Nuessle, who all caught the eye at times. There is plenty of emerging talent around.

Mix it up more in the commentary box

It’s great to mix things up and get insight, stories and opinions from players we don’t necessarily hear from that often. It might not work so much in other events, but it’s great when it happens and if players can be given the opportunity to commentate on the odd frame elsewhere, then they should.

Also, a shout out to commentary heroes Dave Hendon and Phil Yates who were working on every single day of that monstrous comp. This is nothing new to learn, but they do a great job nearly the entire year round these days.

Ronnie O’Sullivan really can create a headline out of nowhere

Ronnie O’Sullivan with his patented fart-and-pot at the end of that win over Ali Carter.

The world champion and world number one has found all sorts of ways to get himself into headlines over his long career and he continues to do so at 46 years old.

O’Sullivan breezed through his first group stage in Leicester but then suffered shock defeats to Pang and Yuan as he fell at stage two.

With little on the line against Ali Carter in his final match, the Rocket was clearing up in the final frame and spiced up the break by loudly breaking wind.

It isn’t the first time the Rocket has done this and he seems to find it very funny, which the referee did as well to be fair, as did a huge amount of people on social media.

Depressingly enough, the clip I posted on Twitter of the incident was far more popular than anything else I’ve ever stuck on that website.

The sport’s biggest star really does attract attention, even for as little as a fart.

Some fans might not love the Championship League, but the players don’t mind it at all.

Here’s Anthony Hamilton: ‘It’s a good tournament. It’s a good time of the year to play it.

‘Not too much pressure, not too much money to be lost, if you know what I mean. Just gets people back in the swing of it a little bit, I think it’s good timing.’