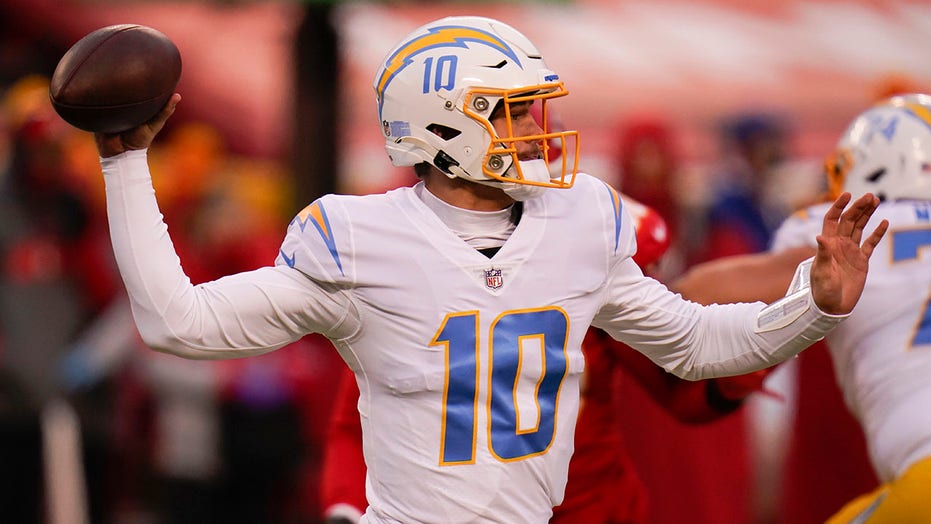 NFL wraps up season with Week 17

If there’s one rookie quarterback off to a promising start to his career, it’s Justin Herbert.

The Los Angeles Chargers superstar became the youngest quarterback in NFL history to throw 30 touchdown passes in a single season. Herbert, who did it at 22 years and 299 days old, broke Baltimore Ravens quarterback Lamar Jackson’s record, who threw for 30 TDs at 22 years and 339 days old.

Herbert threw for 302 yards and three touchdowns with no interceptions for the Chargers in an impressive 38-21 victory over the Patrick Mahomes-less Kansas City Chiefs on Sunday afternoon.

Herbert set a few other rookie records as well. He passed Carson Wentz’s rookie record of 379 completions in a season. He had four total touchdowns to give him 36 this season, passing Cam Newton's rookie record, and he finished with 4,336 yards passing, just 39 shy of Andrew Luck's rookie record.

The Chargers (7-9) wrapped up the 2020 NFL season with four straight victories. They have their franchise quarterback in Herbert, but head coach Anthony Lynn could be on the hot seat as soon as Monday since the Chargers missed the playoffs for a second straight year.

Kansas City, on the other hand, finished with a 14-2 record and already clinched the No. 1 seed in the AFC. Head coach Andy Reid decided to rest Mahomes, as well as safety Tyrann Mathieu and other top players on the team.

The Chiefs will head into their bye week and will await their opponent in the Divisional Round of the playoffs.