CONOR McGREGOR has suffered a further blow by falling to seventh in the UFC lightweight rankings after defeat to Dustin Poirier.

McGregor entered his trilogy bout with Poirier as the fifth-rated 155lb contender, with the winner set to face champion Charles Oliveira. 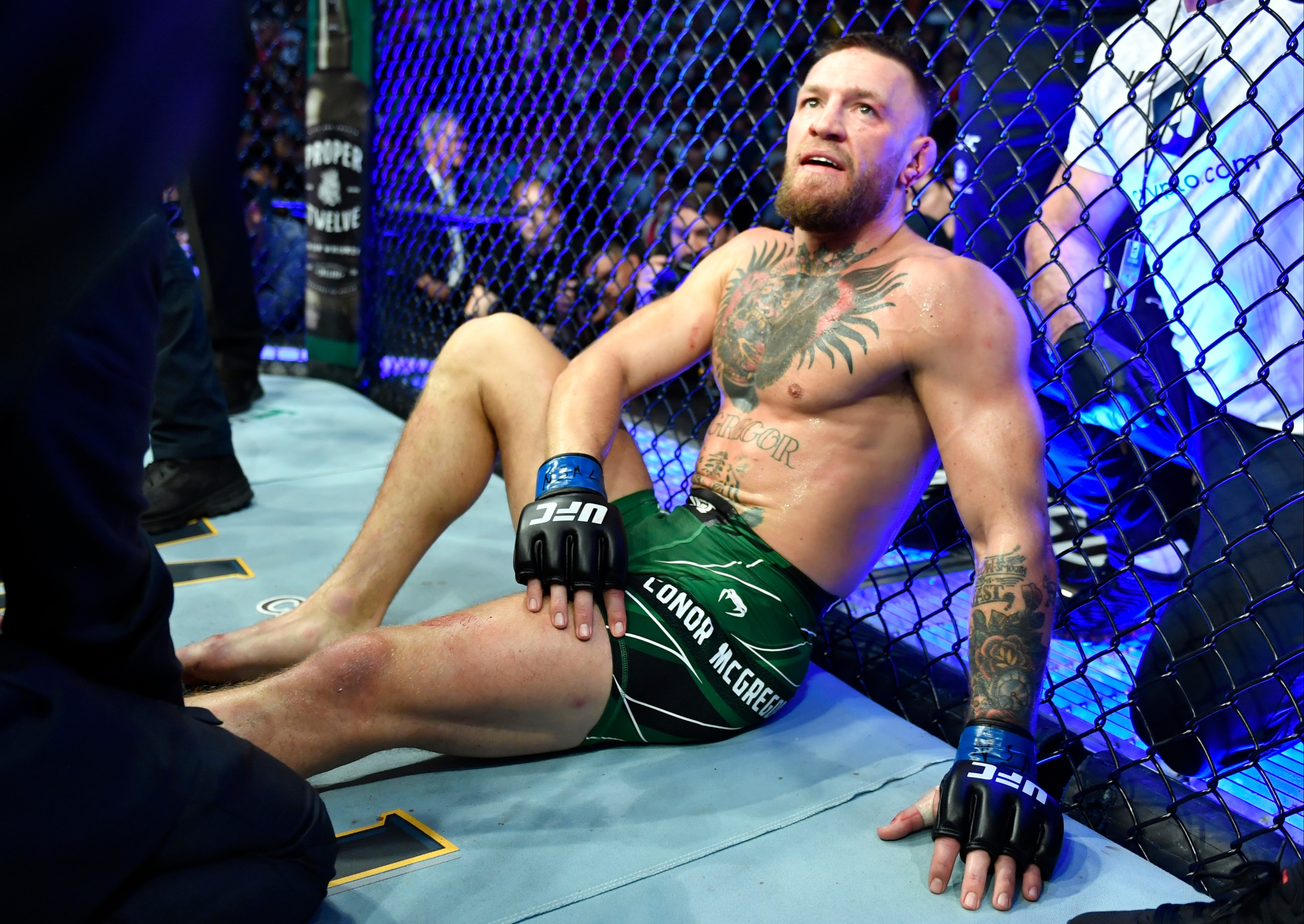 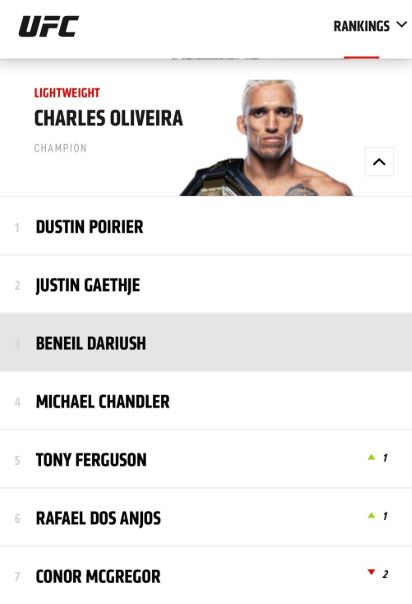 And it ended in devastating fashion for the Irishman, who broke his tibia at the end of round one and was unable to fight on, losing by doctor stoppage.

Poirier, 32, is now in line to challenge newly crowned Oliveira, 31, while McGregor, also 32, was handed a six month medical suspension.

He has undergone successful surgery and will spend the next six weeks on crutches as he bids to make a full recovery.

But he will do so even further down the lightweight pecking order in seventh, with Rafael dos Anjos, 36, and Tony Ferguson, 37, moving up a place.

McGregor has won only ONCE at 155lb in the UFC, against Eddie Alvarez, 37, in 2016 where he won the title while still featherweight king.

That win saw him become the first to ever hold two UFC titles at once – but it has been a steady decline since then.

He first beat Poirier in their 2014 featherweight fight but was knocked out in their rematch seven years later at lightweight, in January. 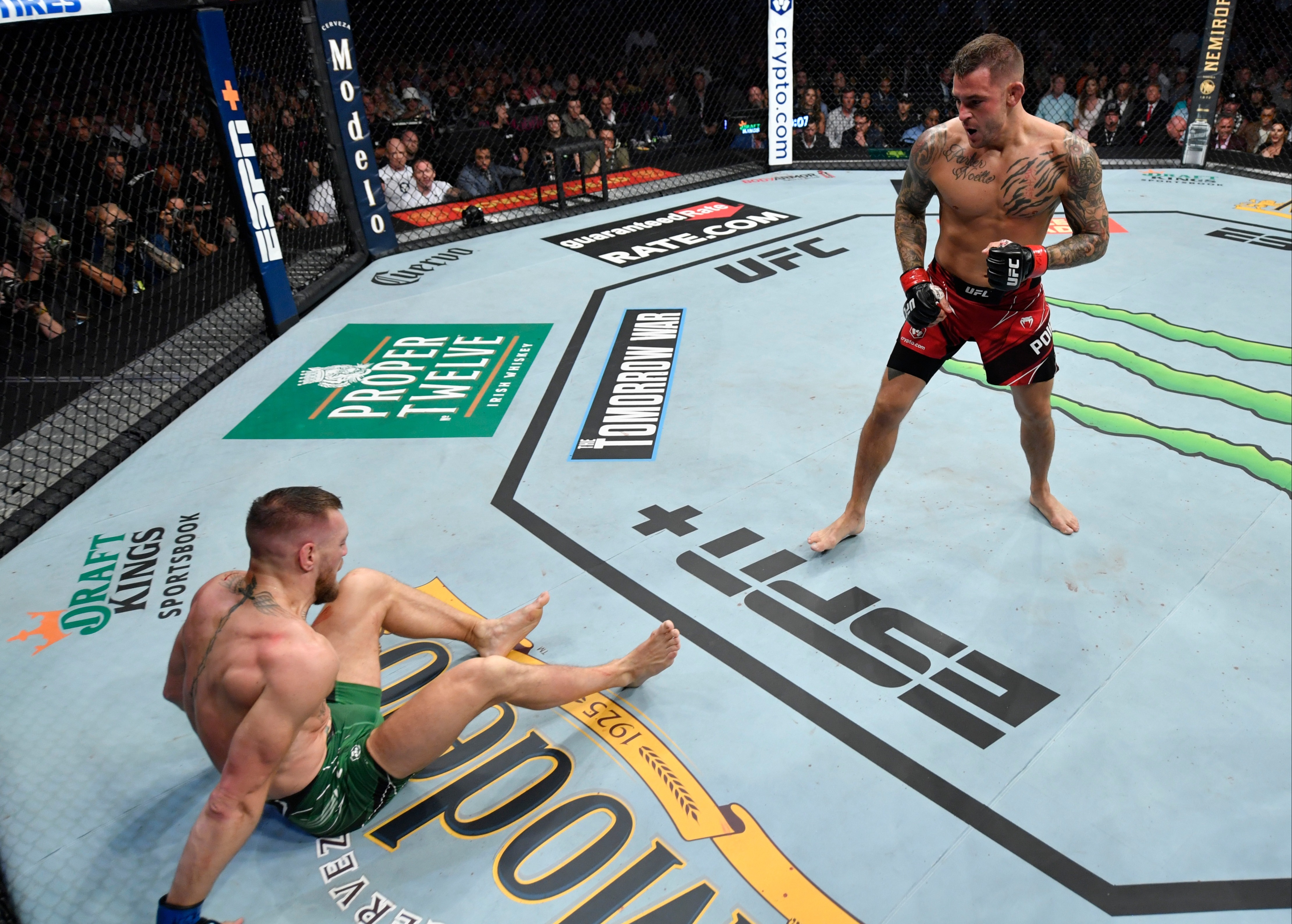 But after their trilogy decider ended in unprecedented fashion, the former two-weight champ continued the feud as he addressed his fans.

McGregor said: “Dustin, you can celebrate that illegitimate win all you want but you done nothing in there.

“That second round would have shown all. Onwards and upwards we go team.

"We dust ourselves off, we build ourselves back and we come back better than ever.”

UFC president Dana White has already opened the door to another rematch between McGregor and Poirier.

White said at the post-fight press conference: “The fight didn’t get finished.

“You can’t have a fight finish that way. We’ll see how this whole thing plays out.

"Who knows how long Conor’s out, so Poirier will do his thing until Conor’s ready.”