TRAVIS Barker's daughter Alabama fueled rumors that Kourtney Kardashian could be pregnant with their child.

The 15-year-old shared a photo of Travis, 45, and Kourtney, 42, holding hands and beaming while walking down a hotel corridor on her Instagram Stories. 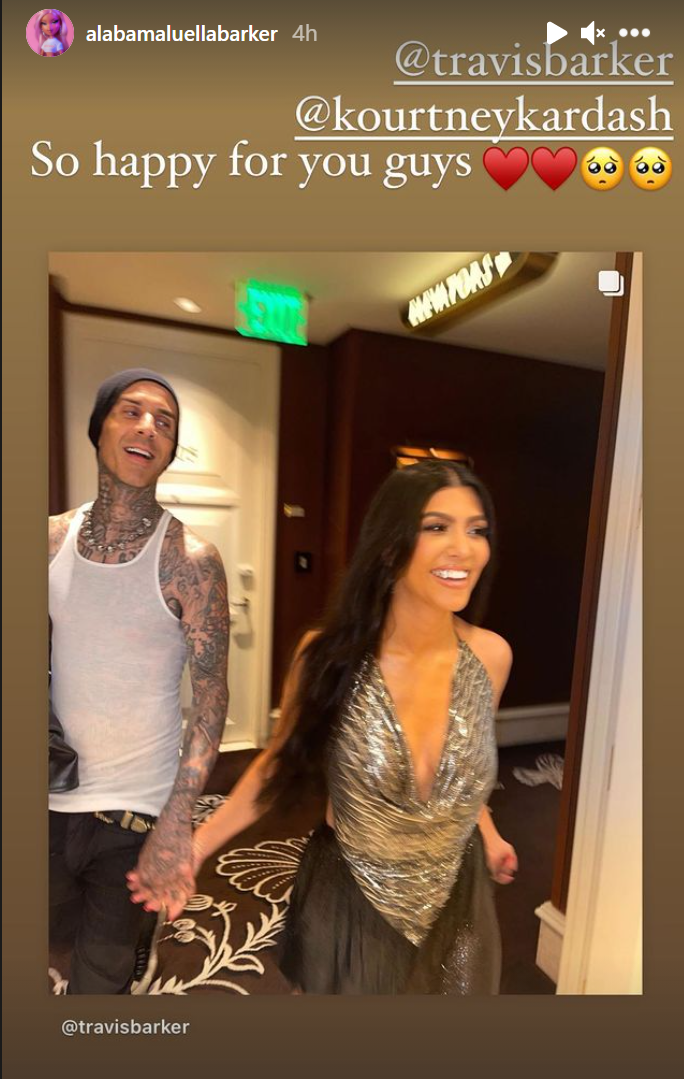 Alabama added the cryptic caption, "So happy for you guys," along with two heart emojis and two crying face emojis.

KUWTK star Kourtney added to the speculation by re-sharing the teen's post on her own Instagram Stories and replying with a heart emoticon.

The photo was originally shared by Travis on Instagram on Monday during the couple's trip to Las Vegas.

Kourtney had posted similar snaps of them laughing and holding hands which she captioned: "What happens in Vegas."

Alabama's cryptic post comes amid weeks of speculation that Kourtney and Travis – who went official in February – are expecting their first child together.

The rumors escalated when Kourtney sported baggier clothing during a recent trip to Disneyland with her rocker beau and their children from previous relationships.

Previously, fans have been noting more "clues" that the reality star may be pregnant.

Earlier this month, Kourtney posted a photo of her vegetarian sushi meal, writing: "Haven't eaten meat or fish in seven months and I feel amazing."

Women are advised to stop eating raw fish while pregnant because it can expose the baby to bacteria, mercury, and other parasites.

Kourtney also posted a pic of her non-alcoholic beverage where she sipped water out of a martini glass.

The rumors didn't cool off at all, as fans then claimed they spotted a baby bump in a video with the Blink-182 drummer.

"Oh she pregnant," one person noted, as one responded, "I thought I was the only one who thought this until I saw this comment."

A third wrote: "I’m sure she’s not but at first glance of this video I thought the same thing to be honest…"

Travis, meanwhile, has two kids – Alabama and Landon, 17 – with his ex-wife Shanna Moakler. 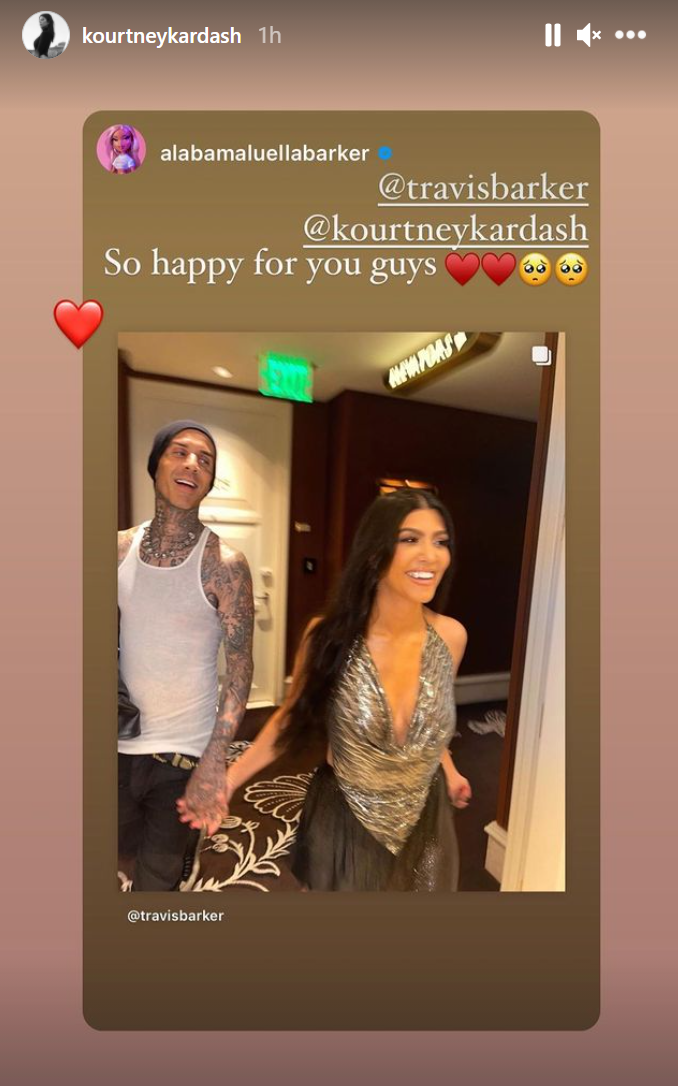 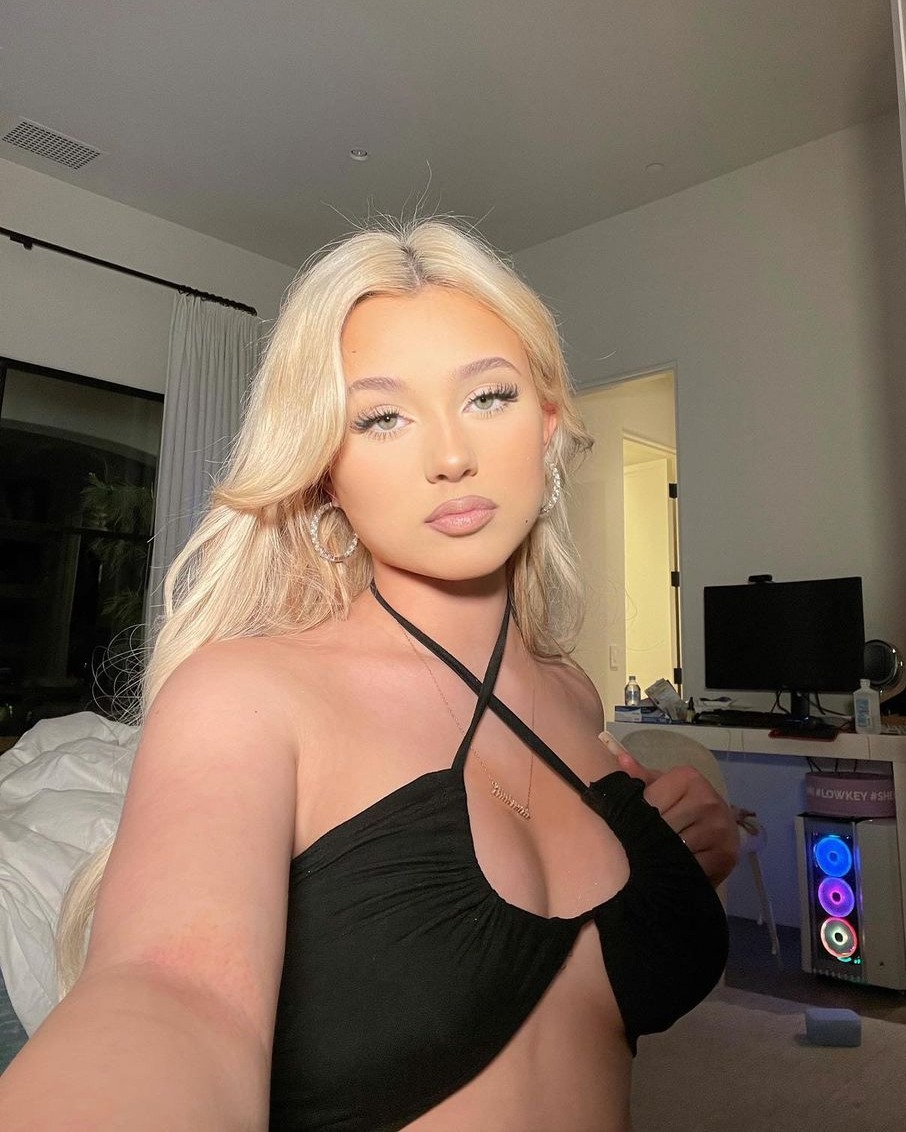 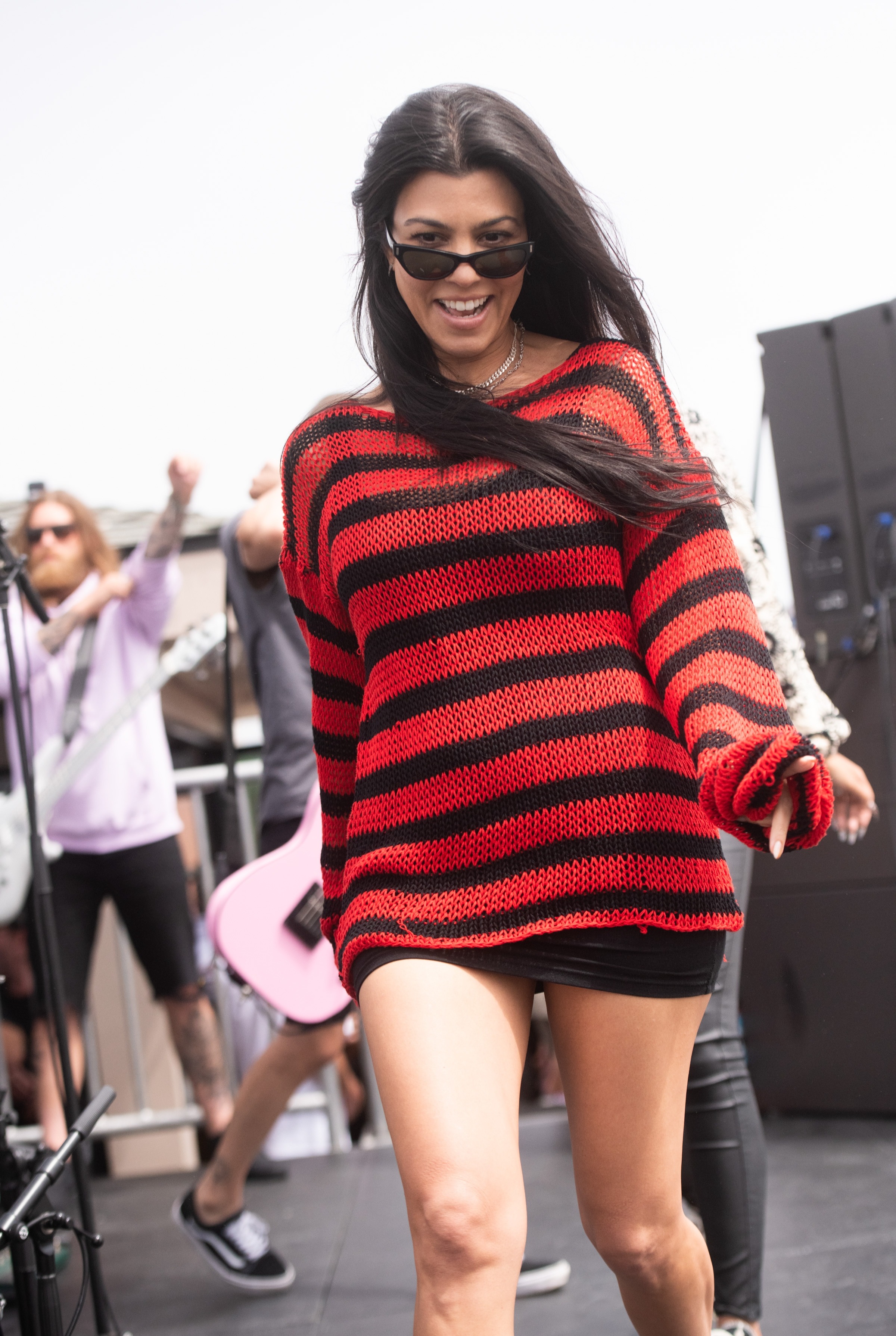