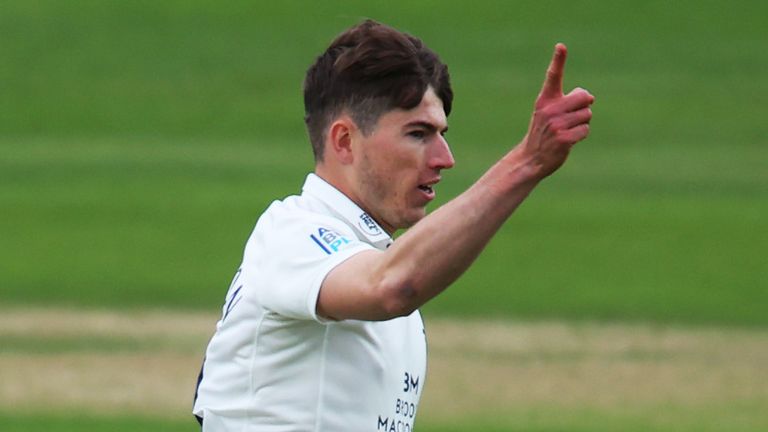 Surrey lost six wickets for just seven runs to collapse to 146-6 against Middlesex after an opening stand of 135 between Rory Burns and Mark Stoneman had given the home side early control of the London derby at the Kia Oval.

Three wickets for 24-year-old all-rounder Martin Andersson – including the scalps of England pair Ollie Pope and Ben Foakes for ducks during a double-wicket maiden – spearheaded Middlesex’s fightback in a dramatic pre-tea session.

Burns made 64 and Stoneman 63 but when they fell in successive overs the Surrey innings became a sorry procession against some inspired bowling from a predominantly youthful Middlesex seam attack.

Blake Cullen, Ethan Bamber and Tom Helm all took a wicket apiece, while Andersson also sent back Jordan Clark for one to leave shell-shocked Surrey 142-6 in the penultimate over before the interval. 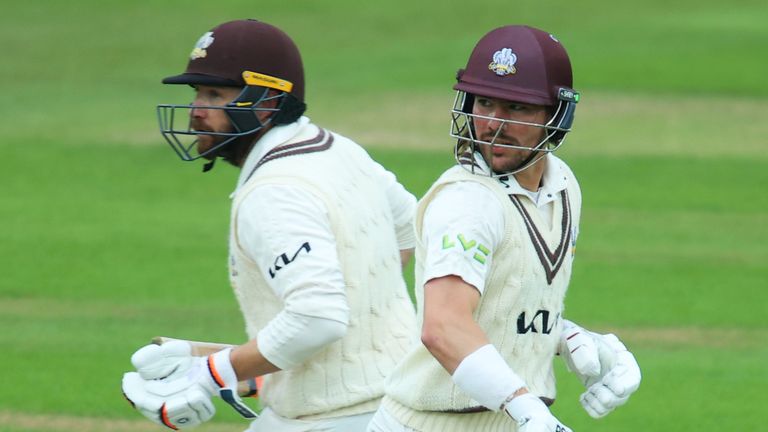 Rain then swept across south London, ruling out any more play on the opening day of the County Championship match, with 40 overs lost.

Peter Siddle marked his and 200 spectators’ return to the Cloudfm County Ground, Chelmsford with four wickets for Essex against Warwickshire. Essex vs Warwickshire scorecard

Australian fast bowler Siddle took 4-36 in a masterful display on his first appearance at the ground since July 2019, having only featured in away games since his return to Essex this season.

Dom Sibley, who was called up to the England Test squad ahead of the New Zealand series, was also making his comeback after a month out for a fractured finger and scored a dogged 43.

A wet evening disappointed the crowd on their first outing since restrictions were lifted, although a twilight 2.4 overs ticked the score to 159-7 – with Tim Bresnan well set on 47 not out.

Lancashire openers Keaton Jennings and Alex Davies posted their fourth half-century partnership of the season as day one of their clash with Northamptonshire was cut short by heavy rain. Northants vs Lancs scorecard

Just 70 minutes play was possible as Northamptonshire welcomed back crowds to Wantage Road to watch Lancashire advance to 59 without loss from 16.5 overs in the morning session.

Spectators returned to Trent Bridge for the first time in 608 days but witnessed only 15.5 overs of cricket in a fragmented first day against Worcestershire, with Nottinghamshire closing on 51-3. Notts vs Worcs scorecard

Dillon Pennington, returning to the Pears line-up after being rested from the trip to Durham last week, took 2-12 from his 11.5 overs, Alzarri Joseph picking up the other wicket to fall after Worcestershire won the toss and chose to make the home side bat.

Godleman (24no) and Guest (23no) negotiated 17 overs in difficult conditions to reach 48 without loss before play was called off at 4.30pm.

England fast bowler Mark Wood was unlucky not to take a wicket in his seven overs after Durham won the toss but the weather made it a test for players and umpires.

A healthy crowd attended the first Championship meeting of the sides in Bristol since 2007 but they saw only a little over an hour’s play before rain set in and the day was abandoned around 4.25pm, with the visitors 45-1.

Kent reached 70-2 at stumps, on day one of their match with Glamorgan at Canterbury. Kent vs Glamorgan scorecard

Ollie Robinson scored 43 and Jordan Cox was unbeaten on 26 at the end of a weather-affected day in Group Three, which saw the first two sessions wiped out.

After only 26.2 overs were possible on the opening day, 56 were lost on day two following a three-and-a-half hour break after lunch – the second of two rain delays – as the hosts closed on 223-7.

Watch day two of Surrey vs Middlesex in the County Championship from 10.55am on Sky Sports Cricket.