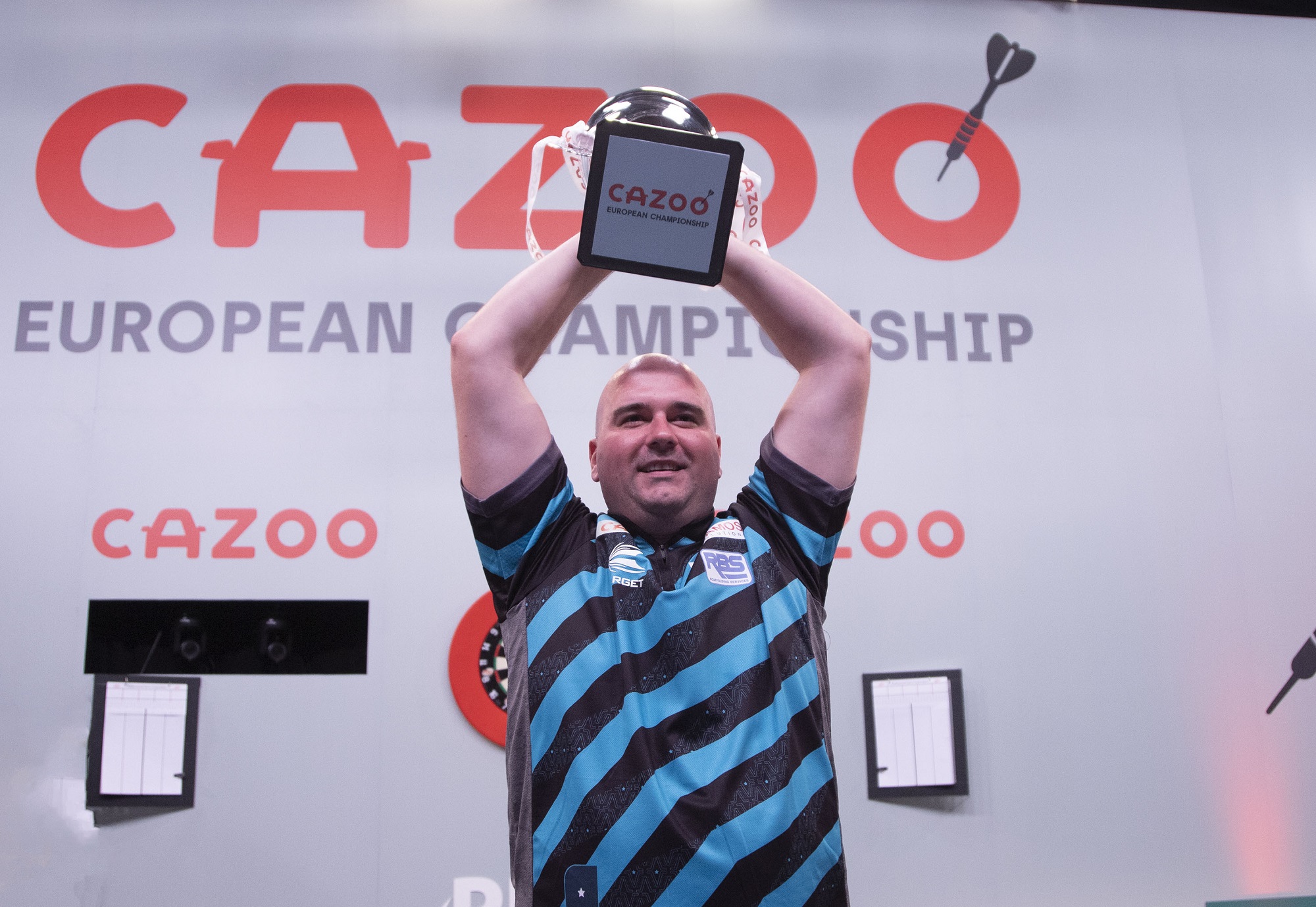 Rob Cross says the last 18 months have been the worst of his life but things are looking up again as he ended his two-year wait for a PDC trophy at the European Championship.

Cross beat Michael van Gerwen 11-8 in the final in Salzburg on Sunday night, claiming his first title since he won the same tournament two years ago.

It has been a struggle for Cross on and off the oche since then and he is thrilled to be back in the winner’s circle and to halt his slide down the rankings.

‘It’s nice to win again after the last 18 months, which has probably been the hardest time of my life,’ said Cross. ‘I have to dedicate this to my family, friends, management and sponsors who have stood by me and been incredibly supportive.

‘I love playing in Austria, I’ve got a great record here. I love the people, I’d play here every week if I could.

‘Granted, I didn’t play my best tonight, and I’m thankful that Michael wasn’t himself in the final. You have to take chances when they are presented to you.’

Speaking to Online Darts, Cross added: ‘It’s just been awful really. I don’t really want to go too much into it but I would say it’s been the worst 18 months of my life

‘I’ve not processed things well as a person let alone a darts player, it’s not been about darts. it’s been about other stuff.

‘I’m just so grateful I’ve got great sponsors, PDC have helped to keep me playing and I’ve got one hell of a family, they’re all behind me and I’m grateful for that, I really am.’

The 2018 world champion now intends to return to the pinnacle of the sport, as he rediscovers some form ahead of the World Championship in December.

‘I think this is going to be a turning point for me,’ he said. ‘With the confidence it’s going to give me I know I’m going to get better over the next few months. I would love to win another World Championship.’

Van Gerwen, in contrast, was fuming with his performance in the final after producing brilliant displays en route to the showpiece.

Mighty Mike beat Gerwyn Price, averaging 107.74, in the quarter-finals, before edging out Nathan Aspinall 11-10 averaging 103.41 in the semis. However, he could only manage 93.66 as he faltered in the final.