PAEDO footballer Adam Johnson is back with his ex-girlfriend – and they are about to be parents to a new baby.

Stacey Flounders, 31, is due to give birth to her second child within weeks. 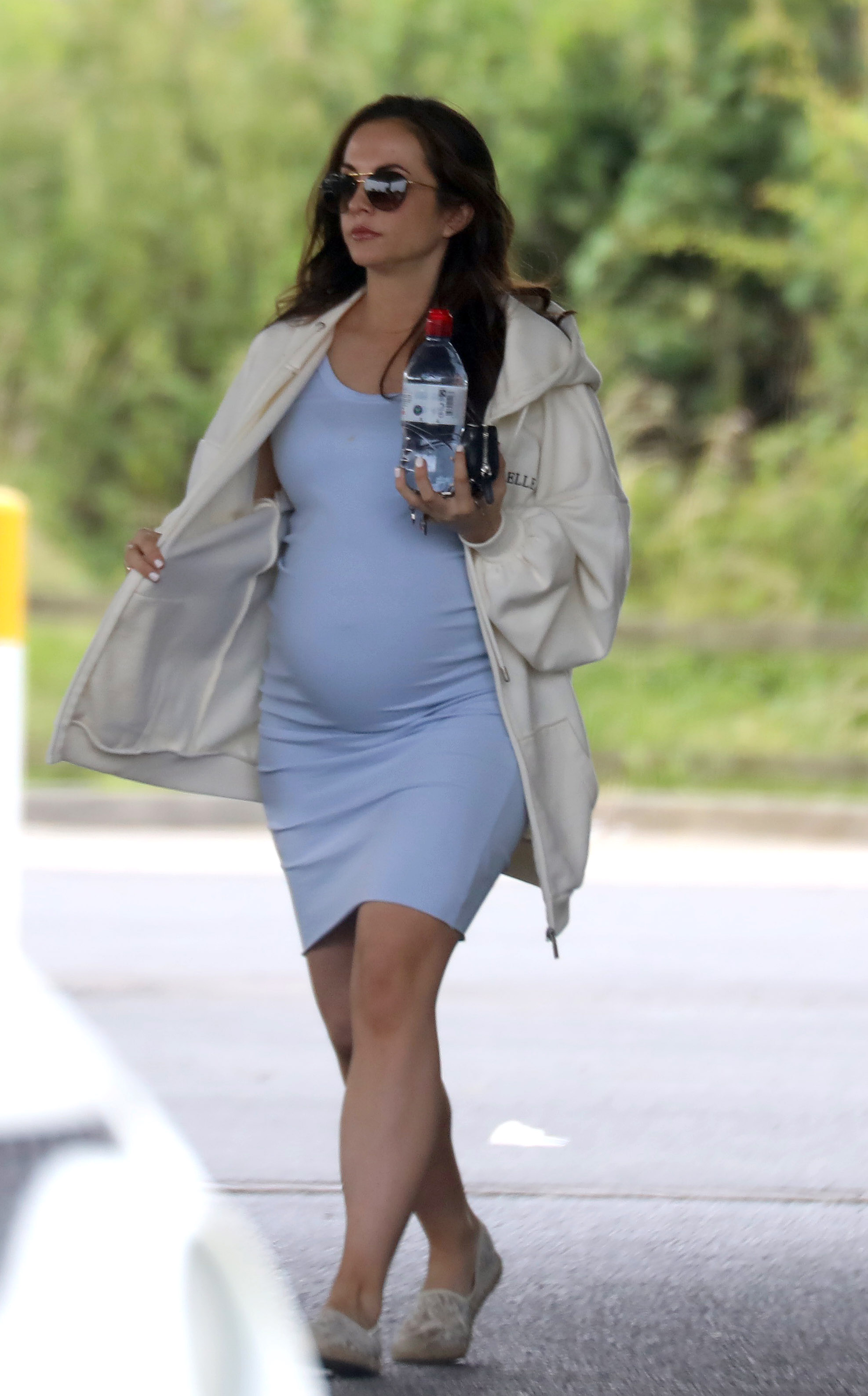 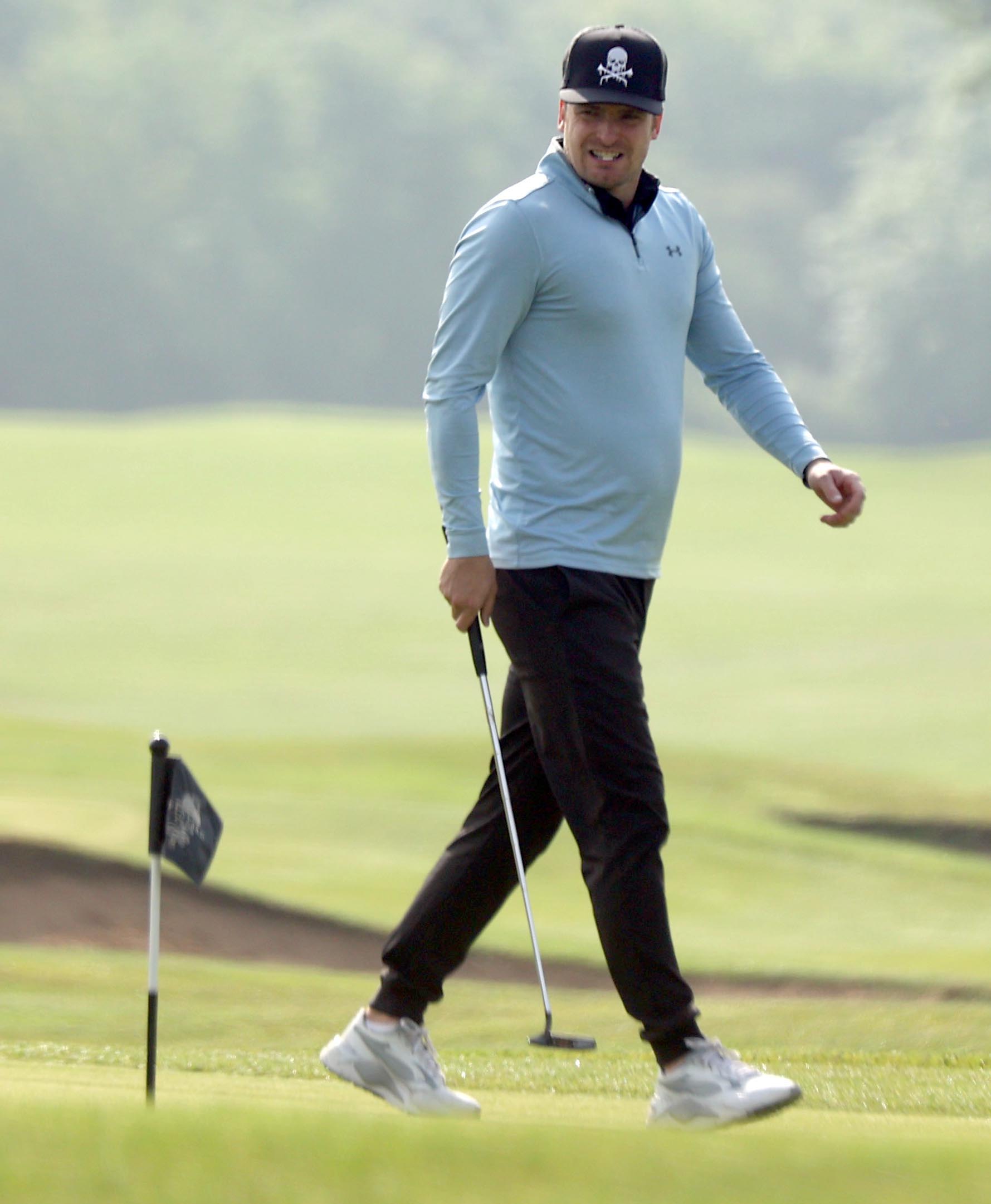 Former Manchester City star Johnson, 34, was jailed in 2016 for sexual activity with a 15-year-old girl.

Adam Johnson’s former girlfriend never hated him and did not regard him as a paedophile, a friend revealed.

The footballer, 34, jailed for sexual activity with a 15-year-old girl, got back with Stacey Flounders in lockdown — and now they are preparing to be parents to a new baby.

Stacey, 31, once branded the ­former Premier League midfielder — who was sentenced to six years in 2016 — an “arrogant cheat” who had ruined her life.

But she has since forgiven the ex-Sunderland star, with whom she had a daughter, and is believed to be due to give birth within weeks.

A friend said: “They got back together through lockdown when they were spending lots of time with each other looking after their daughter.

“Stacey never thought of Adam as a paedophile.

“She knew he made mistakes and was furious with him for all of his cheating.

“But she never hated him. He insists he has learned the error of his ways and has promised he will never cheat again.

“She thinks he is a brilliant dad.

“This is a new chapter in their lives and Stacey couldn’t be happier. But make no mistake – she will not be messed around.

“These last few years have really toughened her up and, although she has forgiven Adam, there will be no second chances.”

Former Manchester City and England star Johnson served half his sentence for sexual activity with a 15-year-old Sunderland fan.

The couple have been rebuilding their life together two years after Johnson was released early – and are now considering whether their future lies abroad.

Stacey initially vowed to stand by him when he was arrested – until she learned the full extent of his betrayal during his 14-day trial.

She discovered at Bradford crown court that he had engaged in sexual activity with the teen just three weeks after Stacey gave birth to their daughter.

He messaged the schoolgirl to say how much he had enjoyed their tryst – while simultaneously sending texts to Stacey doting over their newborn child.

Stacey said later: “I realised who Adam really was — an arrogant man who lied and lied to me.

“It destroyed me. I wanted to get up and punch him. He’d humiliated me.”

She moved out of their £1.85million mansion and dramatically went public with their split while giving evidence.

Stacey told the jury she saw no future in their relationship and added: “I have decided we are just going to remain friends.”

She went on to date Sheffield Wednesday footballer Gary Madine, 30, who was jailed for 18 months in 2013 for two pub attacks.

They split but Stacey and Johnson are now living in a £500,000 detached house in County Durham.

And our exclusive photos show her with a sizeable baby bump.

A source said: “Stacey is very clearly pregnant and is quite far on.

“She looks really happy and healthy.

“A lot of other women might struggle to understand it but she has obviously forgiven Adam enough to take him back.”

Stacey met Johnson in 2011 when she worked for her dad Gary’s Norwegian offshore firm.

She had grown up in Hartlepool just a few miles south of his native Easington, Co Durham, and they hit if off straight away.

They grew closer during his last few months at Manchester City.

They then moved in together shortly after he signed for Sunderland in a £10million move in 2012 on £60,000-a-week wages. However, by the spring of 2014 their relationship was in trouble.

His trial heard that he began texting other women.

Stacey later revealed he was cheating on her with at least 12 others — though she did not know that at the time.

Things reached crisis point in January 2015 when Johnson was arranging to meet the 15-year-old Sunderland season-ticket holder in his Range Rover.

He gave her a signed shirt then sent a string of flirty texts to arrange a second meeting so he could get a “thank-you kiss”. They met again in his car and began kissing as well as engaging in­ ­further sexual activity.

The trial heard he had texted her to discuss going even further at a third meeting. He said he wanted to get her jeans off, suggested they would go in the back next time and talked about how turned on she had been.

At the same time Stacey was sending him a string of anguished texts pleading with him to work with her to get their relationship back on track, the jury was told.

Stacey was horrified when he was arrested in March 2015. But she agreed to stand by him after an emotional heart-to-heart in which she thought he had come clean about his infidelity.

But it was only as the case unfolded that she learned the full extent of his cheating.

She later publicly revealed that after one particularly difficult day at court she told him: “I’m not standing by you any more. I’m moving out.”

Stacey added: “He said, ‘I’m sorry, I’m stupid. I didn’t know what I was doing.’ But I couldn’t believe a word he said.”

Johnson claimed in court he stopped after the kissing because he felt guilty about Stacey and his newborn daughter. But the jury at his trial decided he lied.

He was convicted of sexual activity after earlier admitting grooming and kissing the girl.

Johnson was cleared of another sexual activity charge.

Stacey struggled to deal with the fallout as she had to sell their family home.

Johnson was sacked by Sunderland while adidas ripped up his £10,000-a-year sponsorship deal.

It was a far cry from his early career when he played for England at under-19 and under-21 levels before breaking into the full international side in 2010.

He ended up getting 12 caps for his country over the next couple of years, scoring two goals.

Johnson started his club career at Middlesbrough before moving to Man City then on to Sunderland.

Since his release from prison he has not played for a league side.

However he did join prestigious Wynyard Golf Club in Sedgefield, and was seen playing a round there earlier this month. 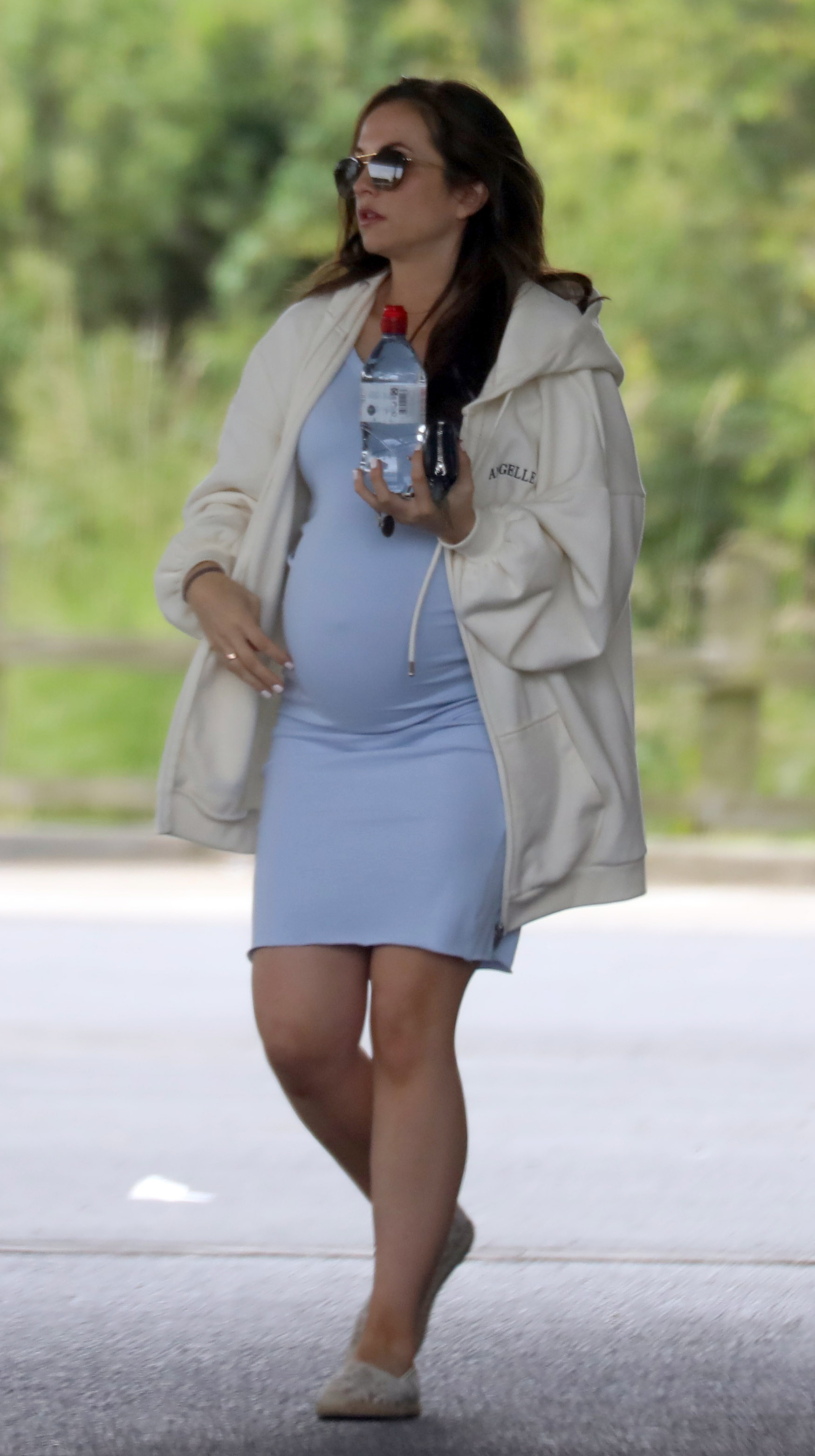 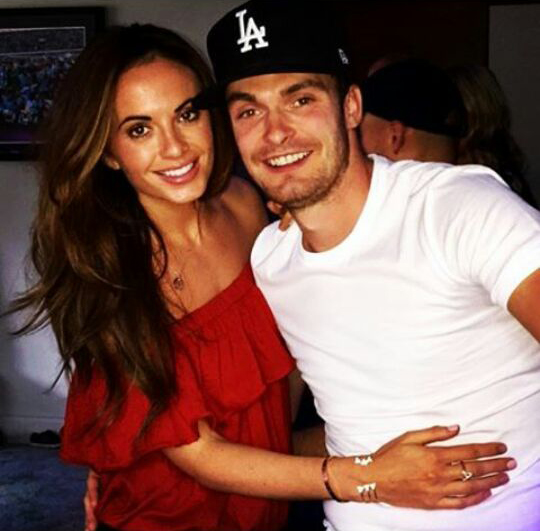 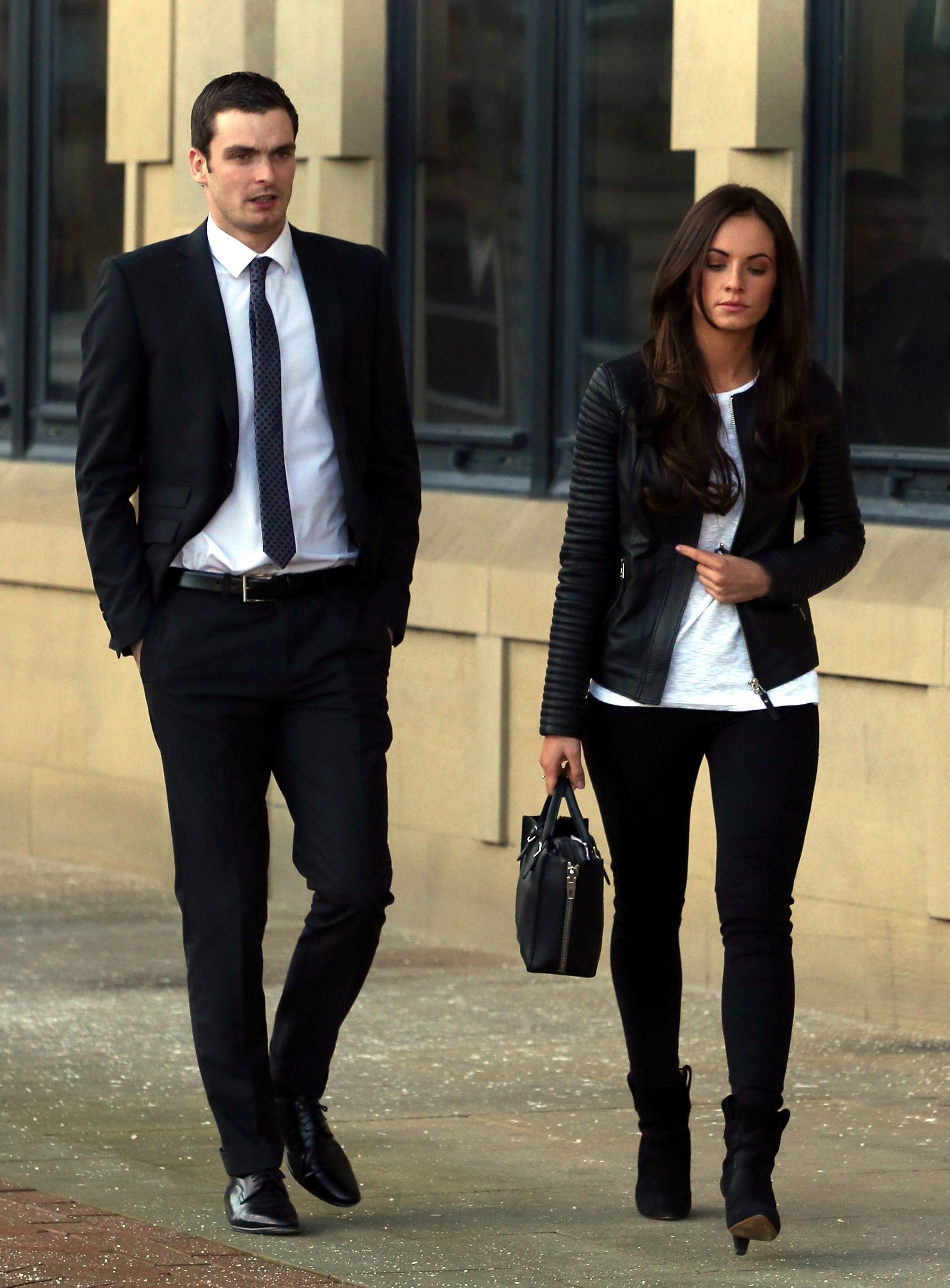 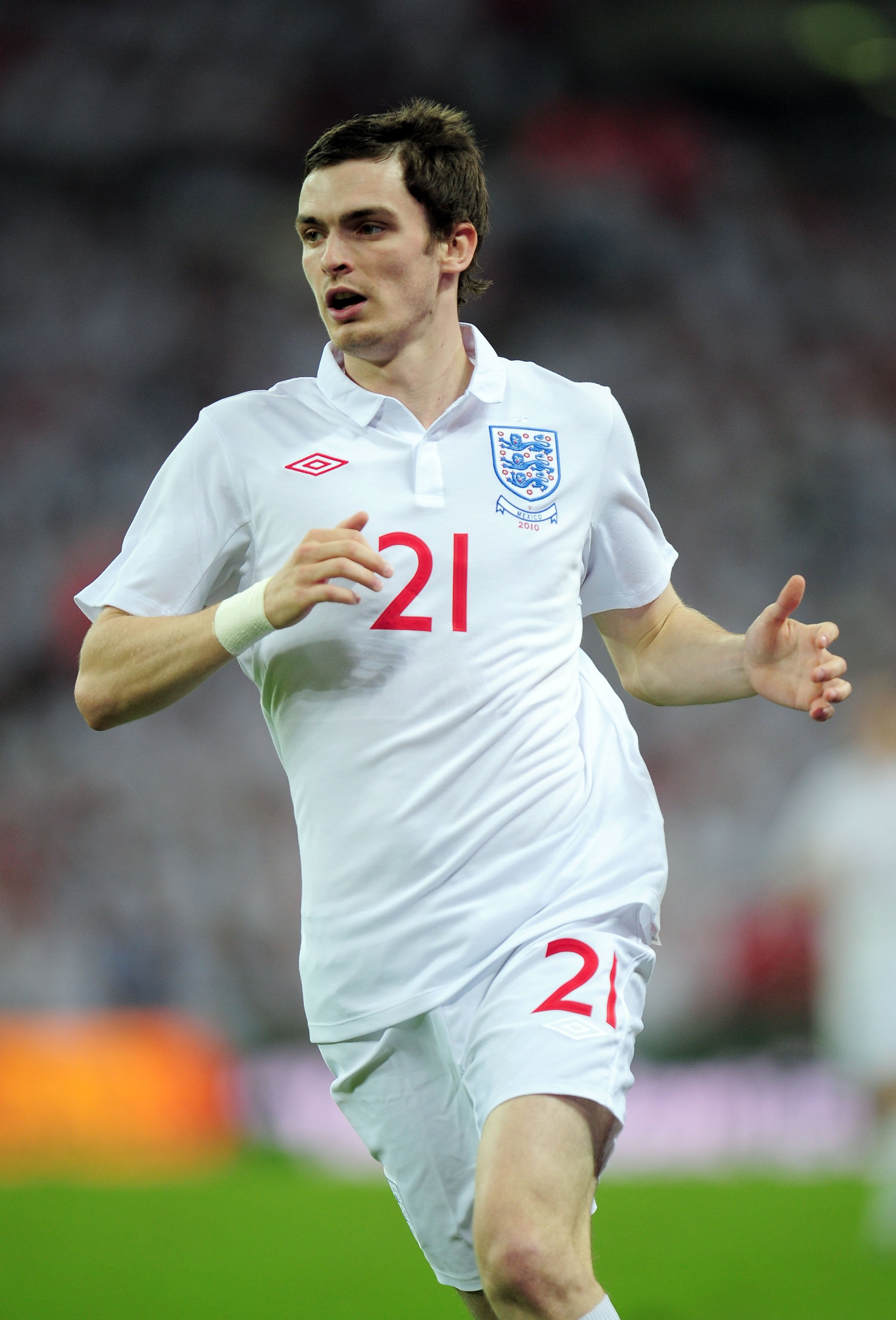 WHO on earth would want to be with a man who has been found guilty of sexual activity with a child?

I am sure thousands of women are appalled Stacey Flounders has even looked at Adam Johnson again.

But we have not been in Stacey’s shoes. She knew him as a loving partner who was a wonderful father to their daughter.

I interviewed her after he went to prison. She had adored him and their life. She is a lovely woman and I felt sorry for her.

She said she’d never be able to take him back because she would never forget what he had done.

But she was also never able to cut all ties because they have a child together.

That allowed him to gain her trust again and for her to remember when they did have that perfect family.

Even back then, when the anger was still raw, Stacey said he was a good dad.

That’s why she took their daughter into prison. I hope he respects her now and all women. I am not sure he deserves happiness again but I really think she does.