FOOTBALL fans in Qatar ARE still managing to get their hands on plenty of booze – despite alcohol being banned inside stadiums.

In an eleventh hour U-turn Fifa announced alcohol would no longer be available in any of the eight World Cup venues. 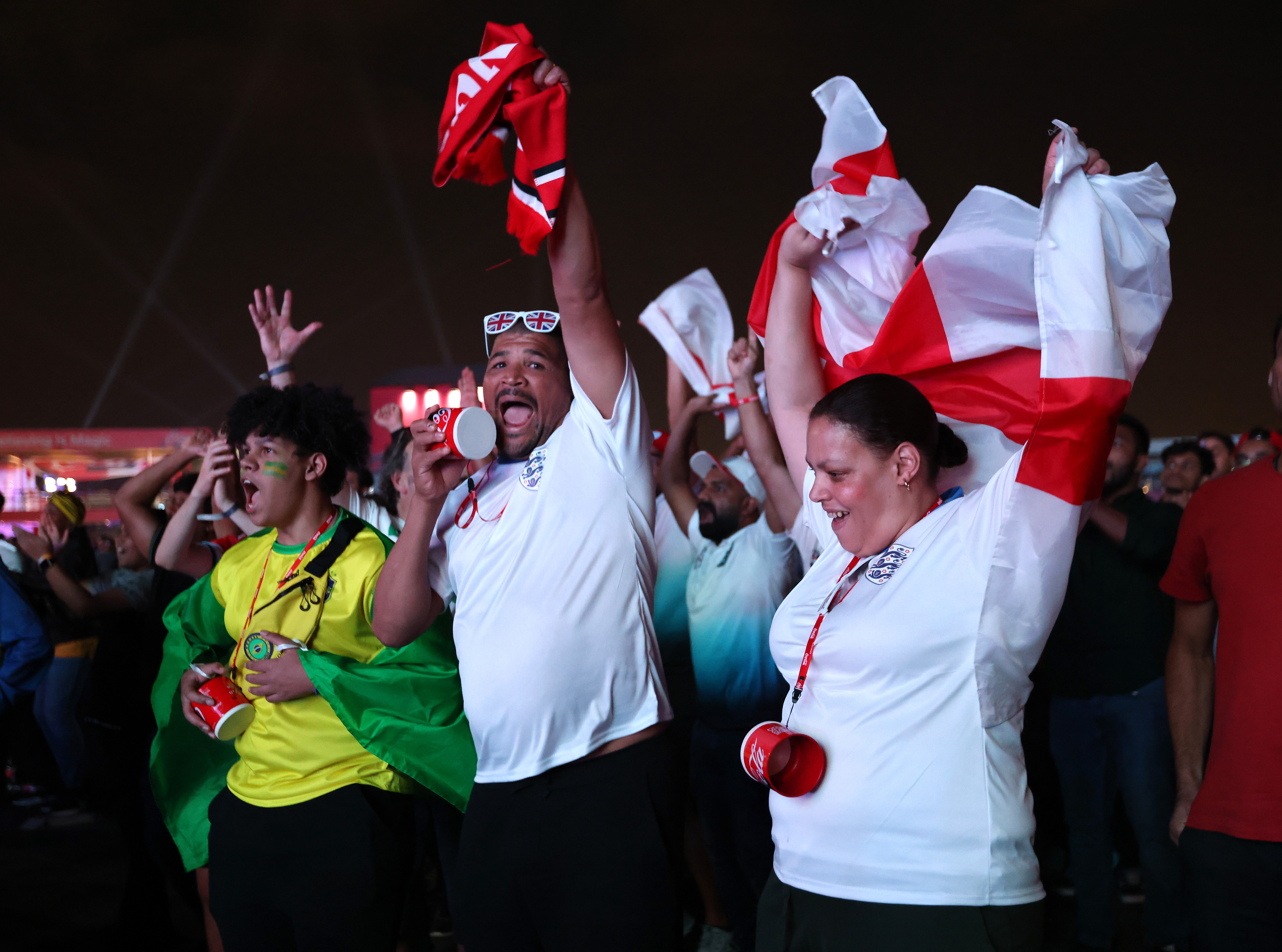 But the booze is still flowing in fan zones and hotels, according to the Daily Mail.

England fans will be sure to hunt down the cheapest pints after Australia supporters found somewhere with a "Happy Hour".

Self-service troughs, hotels and restaurants are all serving plenty of alcohol.

And rather than the near £12 for less than a pint in the official fan zone, a "Happy Hour" pint in one place is reported to be a more reasonable £7.84.

The news will come as music to the ears of Three Lions fans, who have been on the lookout for booze themselves.

Two adventurous supporters claimed their hunt for beers saw them enjoy a wild night partying in a palace with the son of one of the Qatari sheikhs.

But England fans were still in a party mood inside Khalifa International Stadium after yesterday's 6-2 win over Iran – despite the lack of alcohol inside the ground.

Bellingham helped the Three Lions get off to their best ever start at a World Cup as his expert header opened the floodgates against Iran.