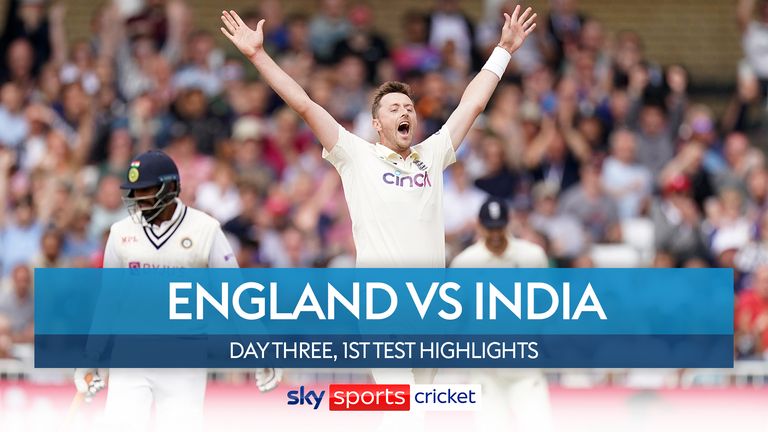 Ollie Robinson took his maiden Test five-for but England were left to rue a number of missed opportunities that allowed India to earn a 95-run first-innings lead in the series opener at Trent Bridge.

The sides were frustrated by rain for the second day running in Nottingham, with time lost to downpours at the beginning and the end of day three. However, in between, the tourists were able to put themselves in a strong position to push for victory.

KL Rahul made the most of being dropped twice to make 84 and Ravindra Jadeja (56) also scored a half-century before the tail wagged, Jasprit Bumrah making a career-best 28, to help India up to 278.

Robinson finished with figures of 5-85 while James Anderson (4-54) became the third-highest wicket-taker in the history of Test cricket when he dismissed Rahul, moving ahead of former India spinner Anil Kumble.

Rory Burns (11no) and Dom Sibley (9no) got through 11.1 overs either side of tea to take England to 25-0, trailing by 70, before the rain arrived and play was eventually abandoned for the day at 6.10pm. 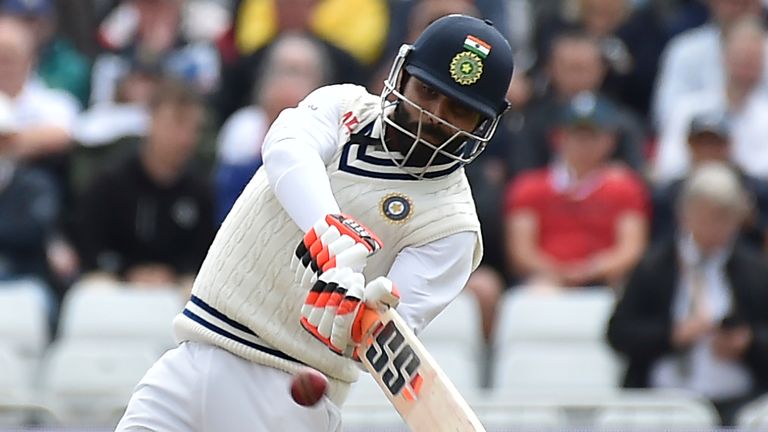 Rain had halted England’s momentum on day two after Anderson’s double strike had helped reduce India to 125-4 and less than three overs into the third morning, the bad weather was back to delay proceedings by another hour.

It then threatened to return once more within moments of play restarting and Rahul’s delaying tactics, seemingly to try to get play stopped, led to words being exchanged with Anderson – the first of a number of ‘discussions’ between the teams throughout the day – before the rain stopped and the game could finally resume.

When it did, Rishabh Pant did not take long to let his attacking instincts show and went after Robinson, getting a boundary through the offside before top-edging a pull shot over Jos Buttler’s head and watching it sail all the way for six.

Robinson was not amused but hit back next ball, his height enabling him to find a bit of extra bounce that meant Pant could only pop the ball up to Jonny Bairstow as short extra cover as he tried to drive. 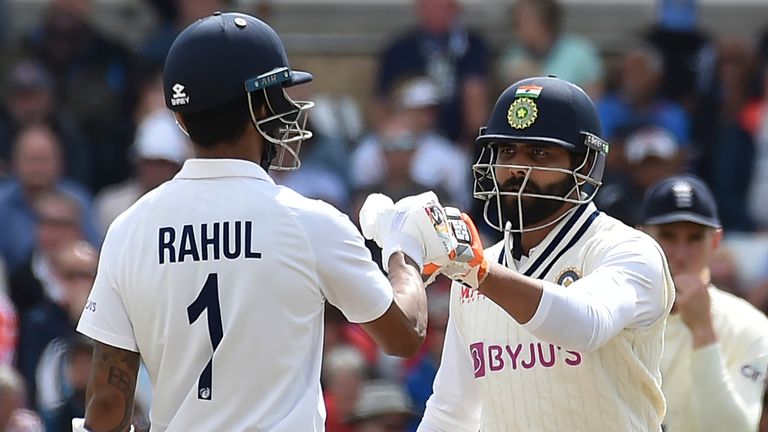 Jadeja replaced his fellow left-hander and should have followed him back to the pavilion soon after when Rahul called him through for a senseless single, Dan Lawrence swooped in the covers but attempted to throw down the stumps, when he had the time to find Buttler’s gloves, and missed.

It was just one of a number of very presentable run out chances that went begging in the innings and it proved costly as Rahul and Jadeja progressed the innings nicely for India up to lunch, with England’s irritation only added to when they lost their final review to a misjudged caught behind shout against Rahul.

It got worse for the home side in the first over after lunch as Anderson found the edge when Rahul played a careless shot wide of off stump. The ball flew to Joe Root at first slip but the England skipper shelled the catch.

It was the second time Anderson had had the India opener dropped and he eventually got his man soon after, enticing the drive and this time, the nick travelled safely into the gloves of Buttler. 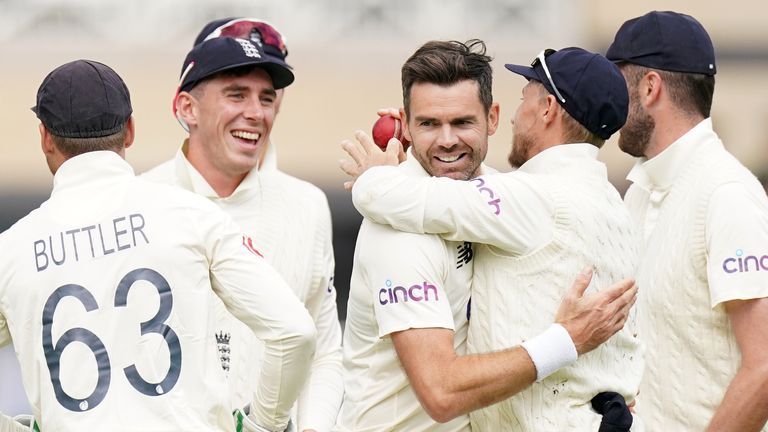 That wicket put Anderson above Kumble and onto 620 Test match wickets and No 621 came in his next over, Shardul Thakur with the edge and Root clinging on to a good catch, low to his left.

Jadeja was still going though and, with just the tail left for company, opened up, flicking a leg stump delivery high over long leg for six off Anderson.

The all-rounder’s half-century came up from 81 balls with a late cut for four off Robinson but the bowler again responded well and had him caught attempting one big shot too many, Stuart Broad with the catch at mid-off.

England would have hoped to make light work of the tail but instead endured 10 more frustrating overs in the field as Bumrah, Mohammed Shami (13) and Mohammed Siraj (7no) chanced their arm and were rewarded.

Robinson castled Shami with the third delivery of the second new ball but Root’s decision to keep Sam Curran going at the other end did not pay off as Bumrah took the left-armer for two fours and a six from his first three balls.

It took an excellent catch from Broad at fine leg to get rid of Bumrah and give Robinson his first international five-wicket haul but the lower-order had done their job and helped India take a very hand lead on first innings, especially in a relatively low-scoring match.

Burns and Sibley dug in and avoided too many scares before the heavens opened but they and the rest of England’s under-fire top-order have plenty of work to do – weather permitting – on day four.

Watch day four of the first Test between England and India at Trent Bridge from 10.15am, Saturday on Sky Sports The Hundred and Main Event.