But his nine-year stint in English football could continue with several Premier League clubs tipped to challenge for his signature. 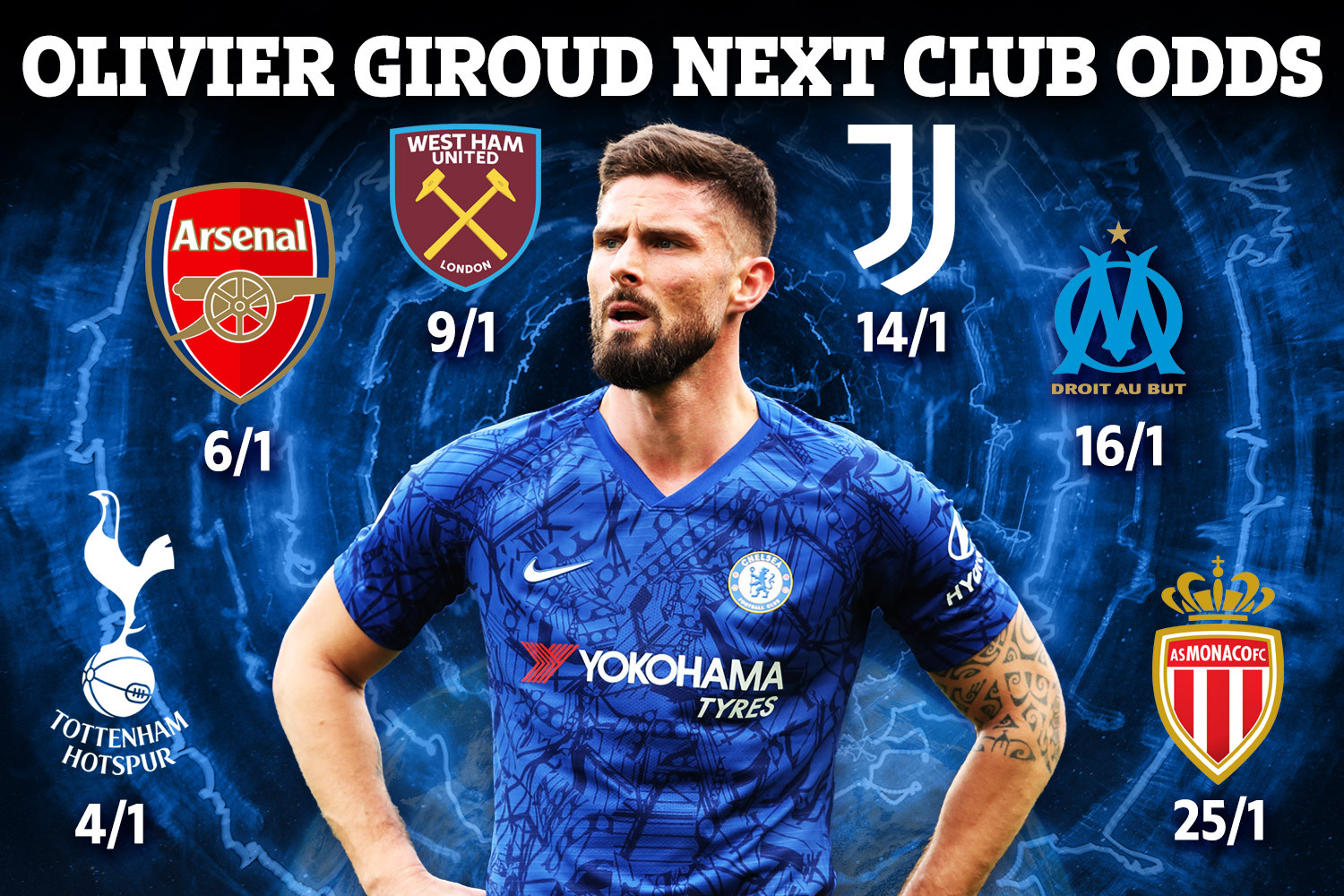 The Frenchman is entering the final two months of his contract at Stamford Bridge.

The 34-year-old has scored 39 goals and provided 14 assists in 115 appearances since arriving from Arsenal in 2018.

But Giroud has been on the fringes at Chelsea this season and even more so since the arrival of manager Thomas Tuchel.

He's started four of a possible 14 top-flight matches since Frank Lampard was sacked and looks destined to leave on a free transfer.

The Telegraph claim Chelsea are planning a 'striker reshuffle' with Giroud to be released and Tammy Abraham now available for £40million.

It's believed the pair would trim £200,000-a-week off the wage bill and free up funds to sign a big-name striker.

But what next for Giroud?

Bookmakers Betfair believe a stay in London is the most likely scenario with Tottenham the 4/1 favourites.

Spurs face the prospect of losing Harry Kane this summer and are unlikely to sign loanee Carlos Vinicius on a permanent basis.

A sensational return to Arsenal is available at 6/1.

Giroud scored 105 goals and provided 41 assists in 253 appearances for the Gunners – helping them to three FA Cup successes.

They sold him to Chelsea for a reported £15million and could get him back on a free three years later.

The final London-based club is West Ham, who are known to be actively seeking a striker in the upcoming transfer window.

The Hammers have injury-prone Michail Antonio as their only recognised striker after the sale of Sebastien Haller to Ajax in January.

They are vying with Aston Villa for Abraham's signature, bookies claim, but Giroud would represent a far cheaper alternative for David Moyes and Co.

Italian champions Juventus are a double-figure 14/1 with Ligue 1 duo Marseille and Monaco offered at 16/1 and 25/1 respectively.

Paris Saint-Germain are outsiders of the bunch at 33/1.