The broadcaster put together a shindig last night as they celebrated the start of their season of Prem coverage beginning today. 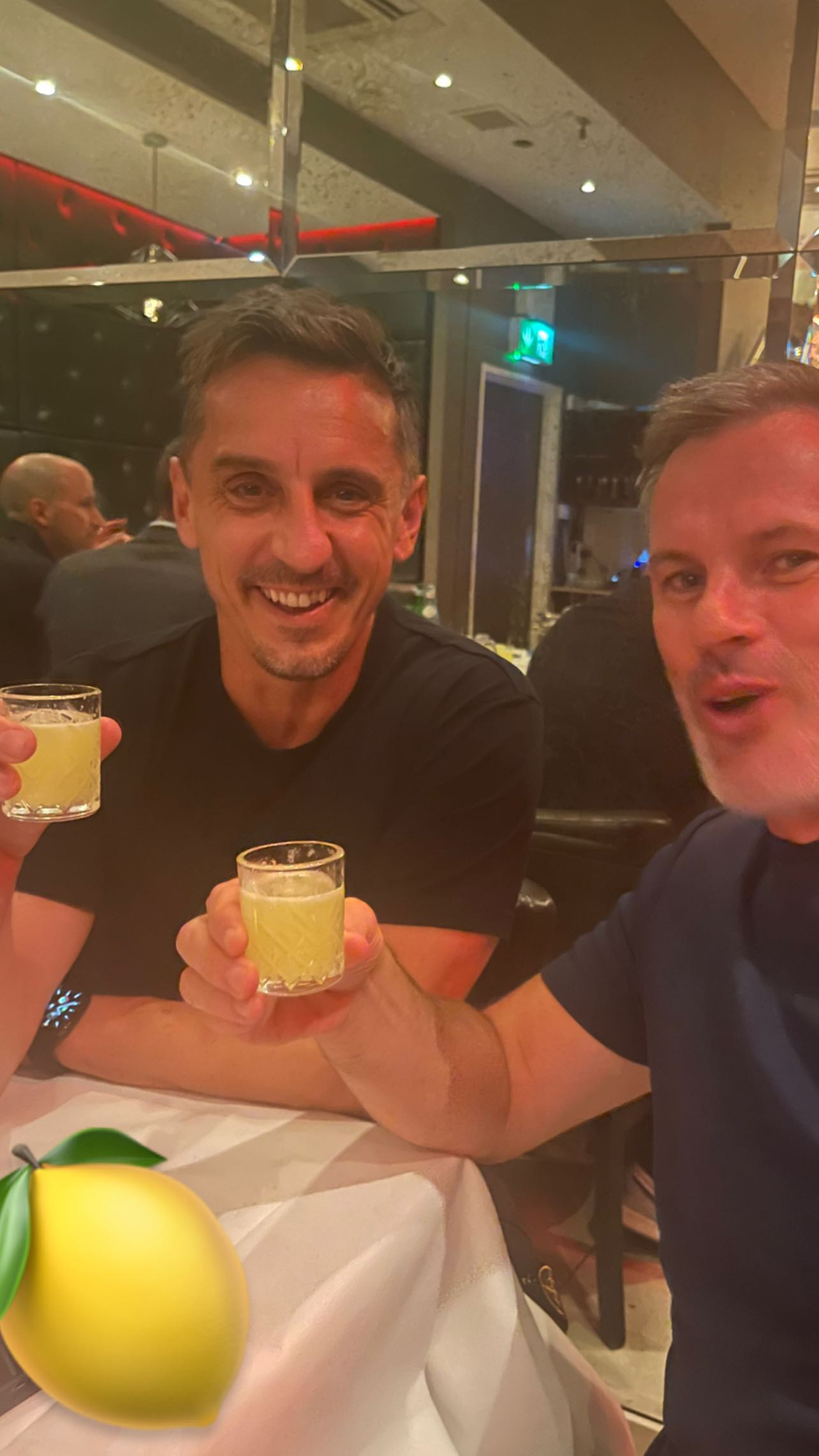 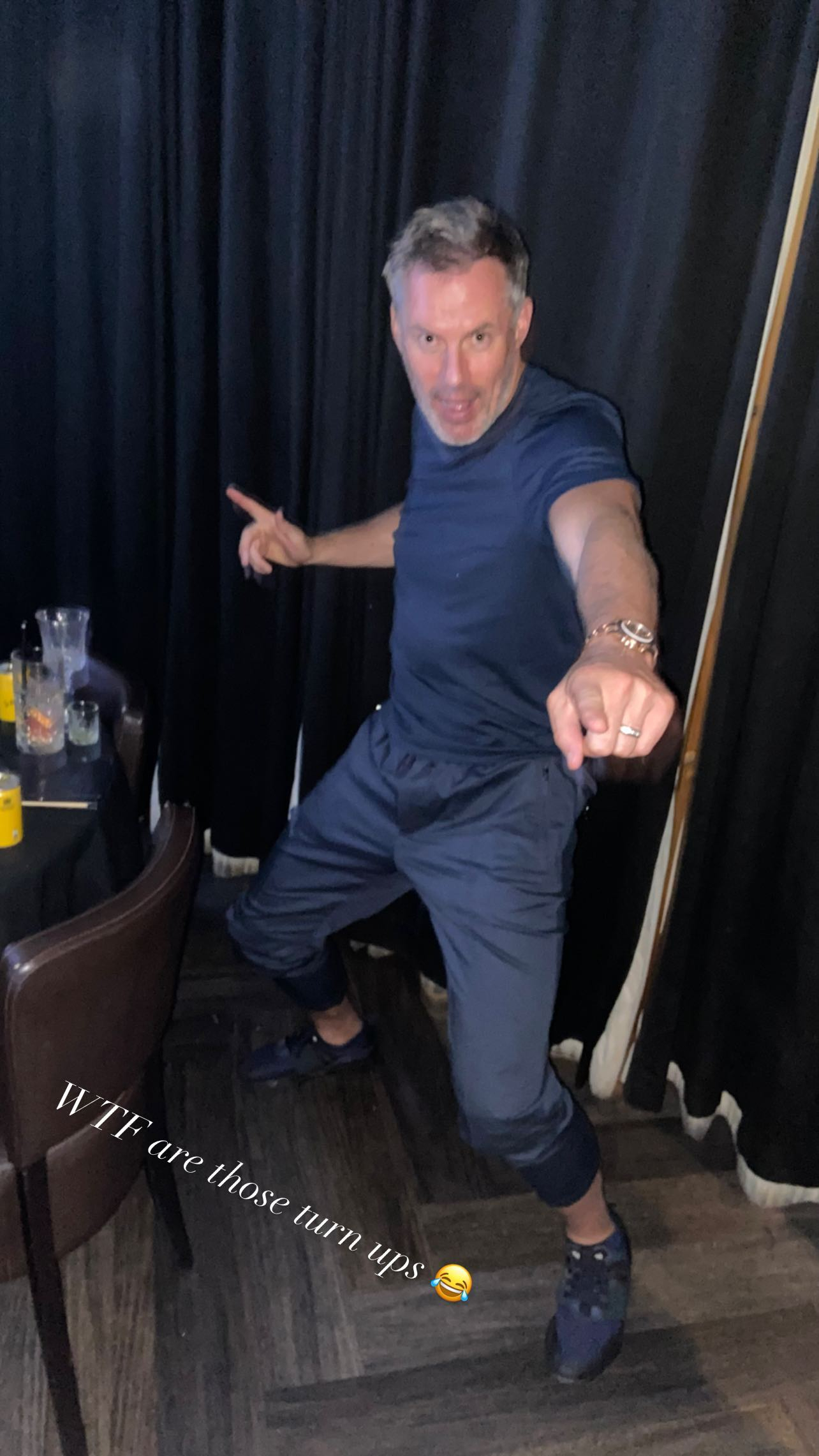 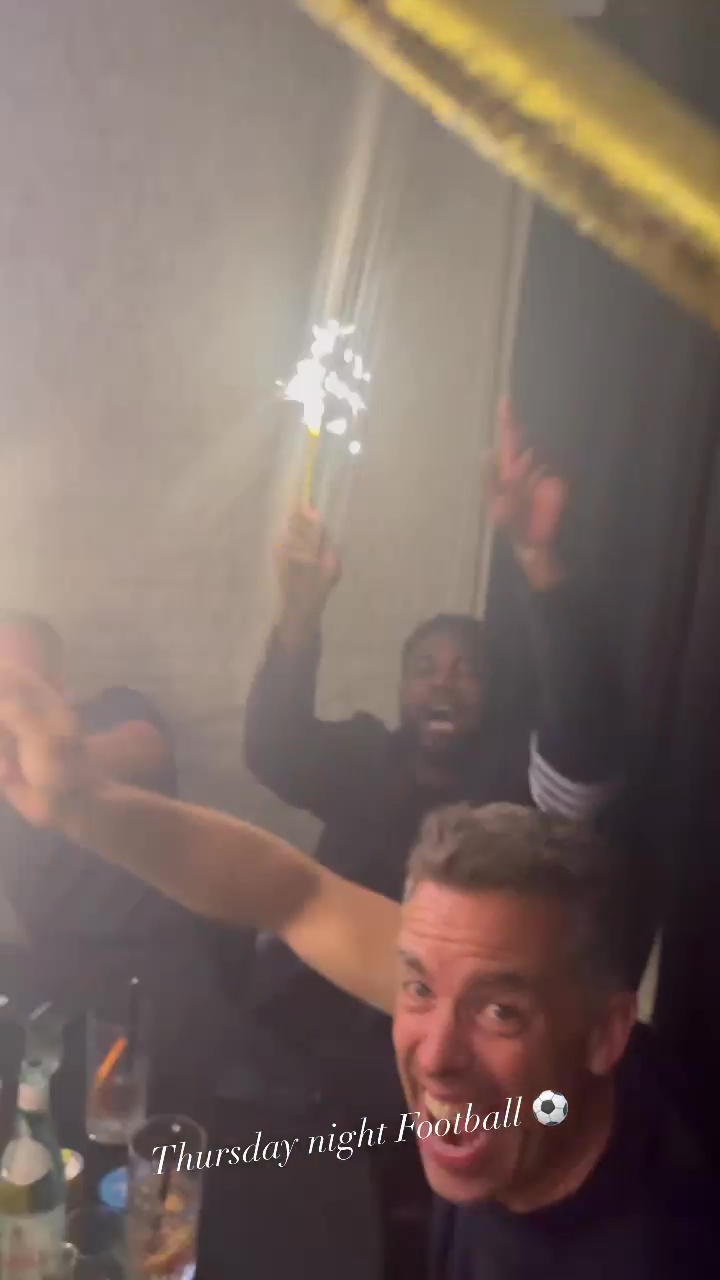 He posted a picture of himself grinning alongside old foe turned pal Carra as they prepared to down shots.

Pundits held sparklers aloft as they threw some shapes, with Micah Richards and presenters Dave Jones and Kelly Cates getting in on the action. 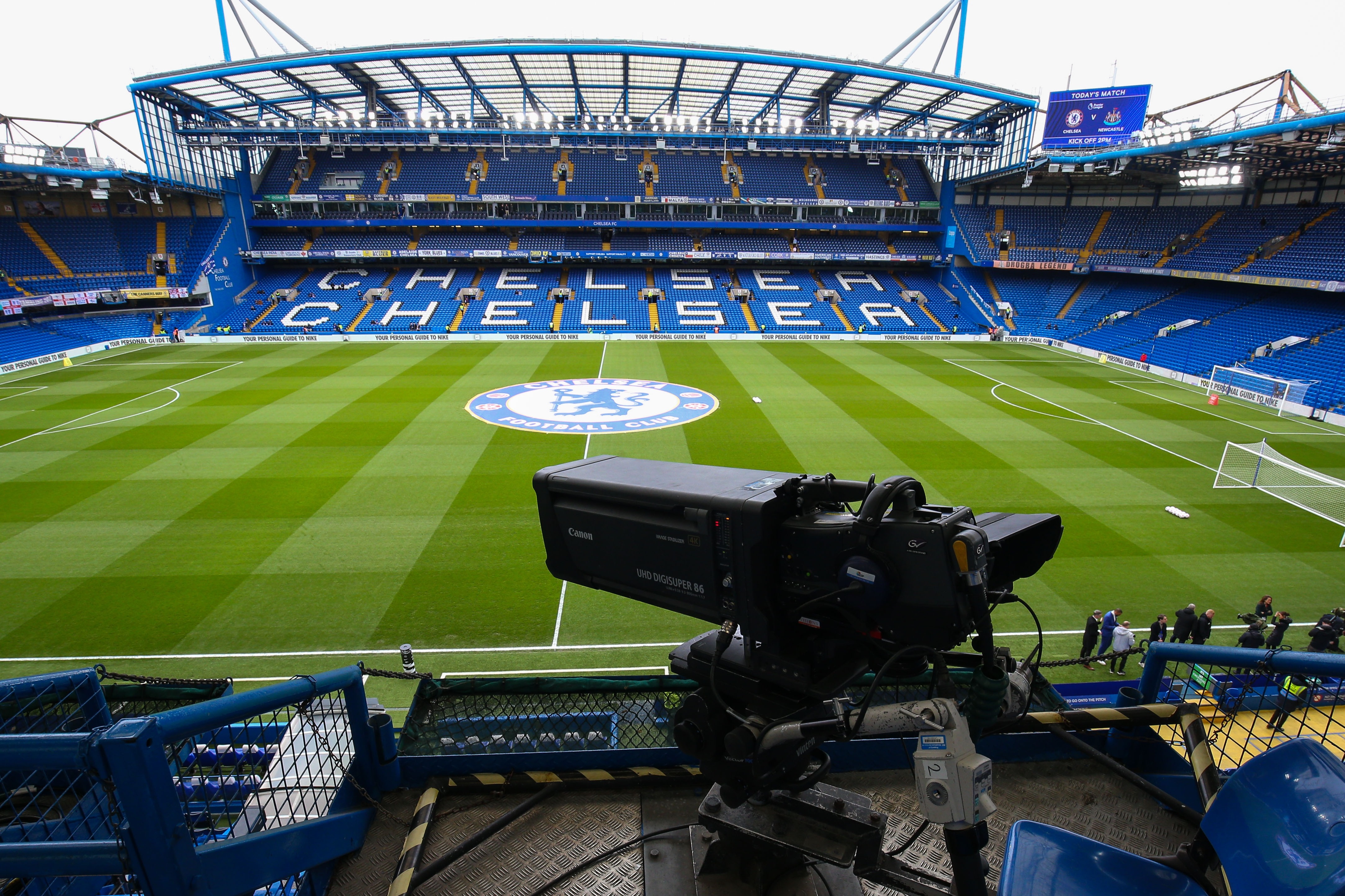 His next picture mocked Carragher's trousers, with Neville writing: "WTF are those turn ups?"

In a group photo posted by Neville; Roy Keane, Jamie Redknapp, Martin Tyler, Alan Smith and Geoff Shreeves could also been seen round the dinner table.

Sky's Prem coverage for the season gets underway with tonight's curtain raiser between Crystal Palace and Arsenal.

Rice and Jude Bellingham eyed with De Jong in limbo, Ronaldo could START

While they've been off our screens for a while, Neville and Carragher have used social media to give their takes on Man United.

Neville labelled his old club an "embarrassment" in the transfer window, as they continue to pursue Frenkie de Jong.

While he also weighed in on the Cristiano Ronaldo situation, urging United to let him leave for their own good.

Carragher, 44, tore into Ronaldo – blasting that "no one wants him".

The former Liverpool defender also had his say on Arsenal – claiming that Nuno Tavares "cost them" a place in the top four. 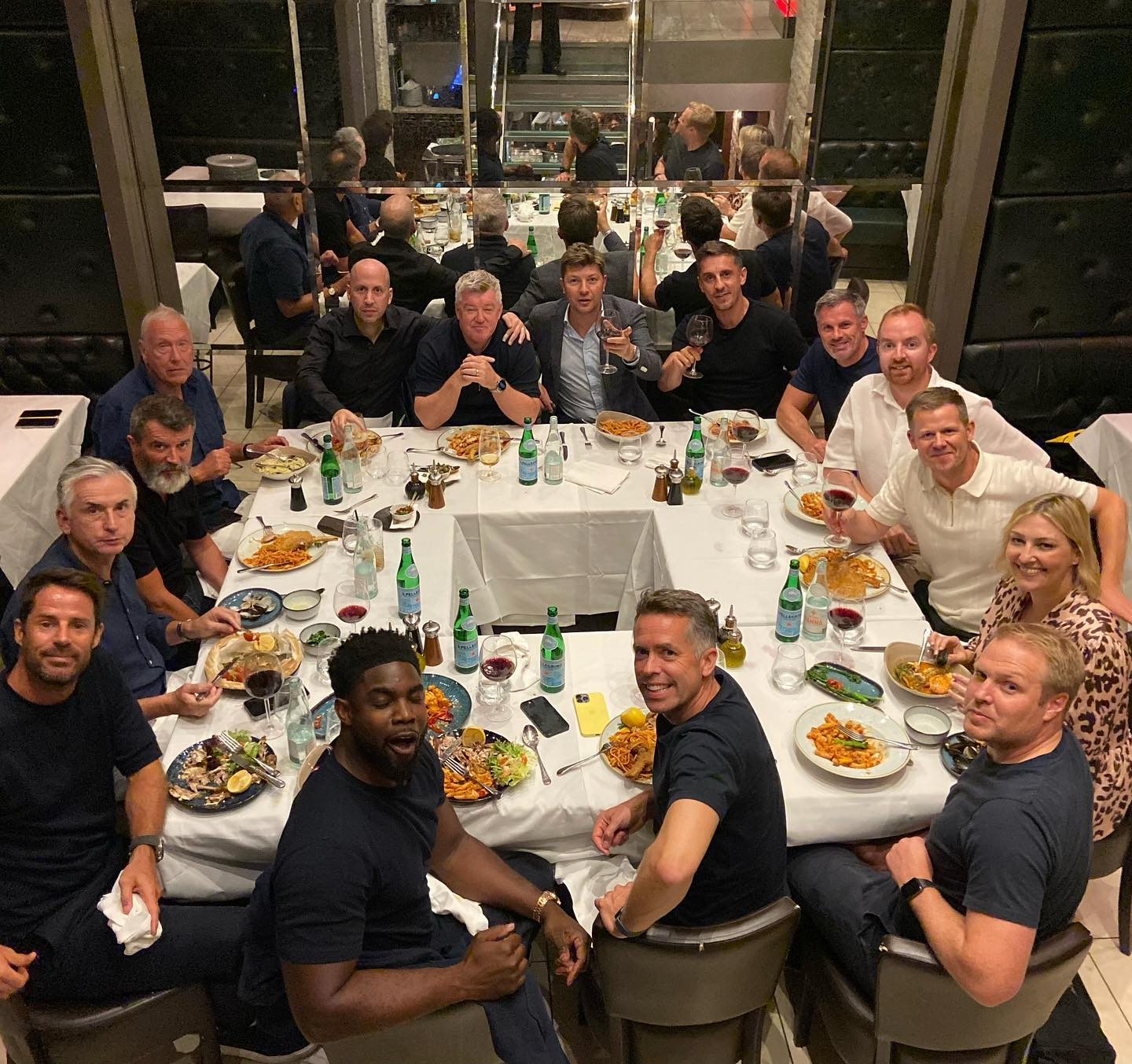