Stockton, a four-star recruit out of Rabun County, was trailing Watson’s record of 218 scoring passes set in 2013 while playing at Gainesville High School by two before taking the field. 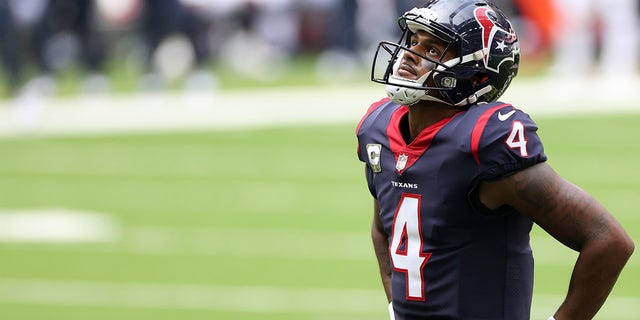 Deshaun Watson #4 of the Houston Texans reacts to a penalty in the second quarter during their game against the New England Patriots at NRG Stadium on November 22, 2020 in Houston, Texas.
(Photo by Carmen Mandato/Getty Images)

“We’ll just wait and see. It’s a day-to-day thing. [General manager Nick Caserio] is in charge of that. We’ll see how that works out.”