LEWIS HAMILTON escaped his crash with Max Verstappen with just a sore neck after his rival's Red Bull landed on top of his car.

The Formula One title contenders both ended up in the gravel midway through Sunday's Italian Grand Prix after a collision at the Turn 1 chicane. 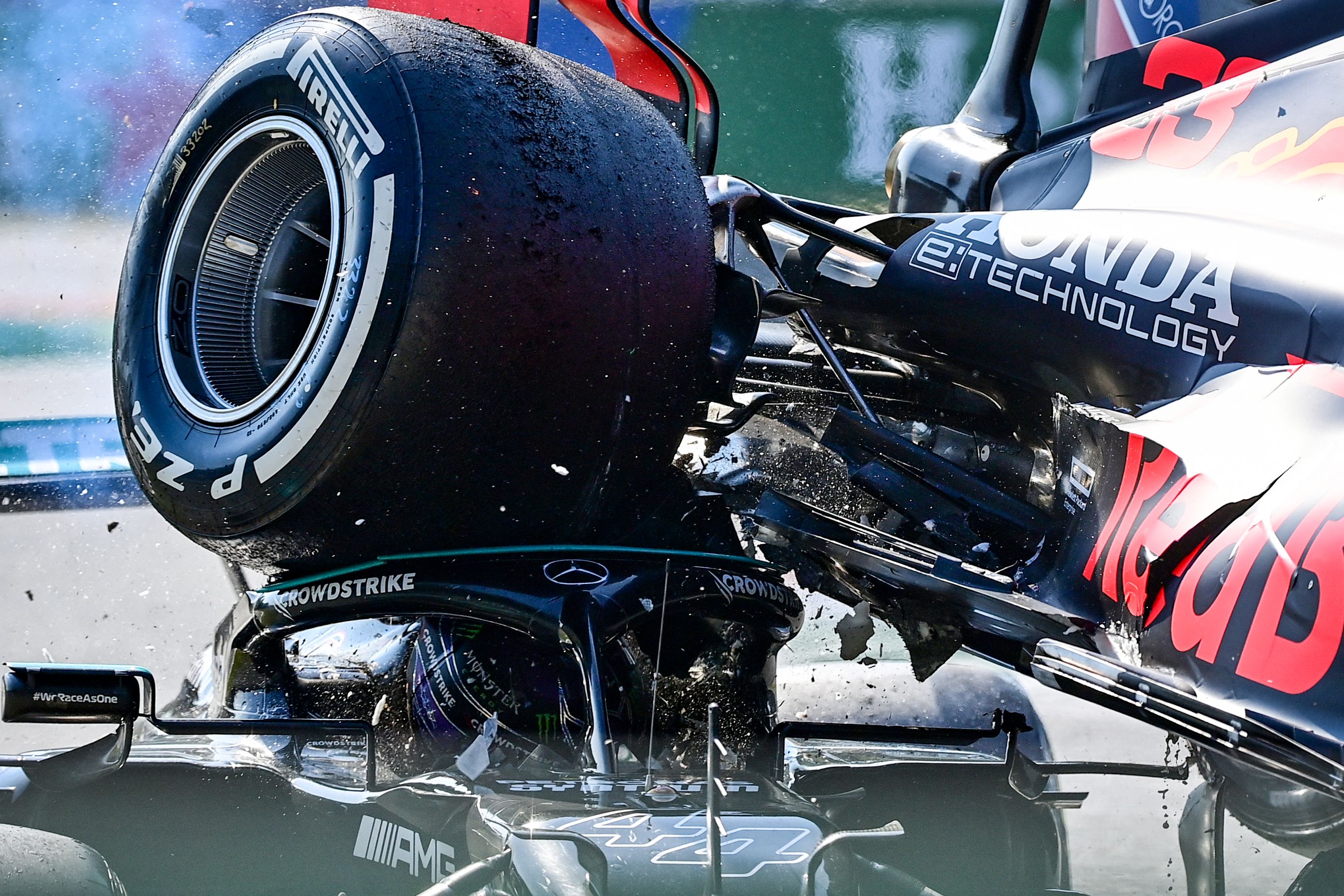 Verstappen approached Hamilton from behind at the seven-time champion's slow pit stop and attempted an overtake, before running out of space and bumping into his rival's Mercedes.

The crash sent his Red Bull into the air and it landed on Hamilton's car, even clipping the Halo device that protected his head.

The 36-year-old was therefore left with only a stiff neck as both men walked away from what could have been a nasty incident.

Hamilton told Sky Sports: "I'm a little bit stiff and a bit sore on my neck.

"From what I remember, I was racing as hard as I could. I finally got past Lando [Norris] so they pitted me. The pit stop was slow, Max was coming.

"I made sure I left a car's width on the outside for him. I went into Turn 1 and I was ahead and was ahead going into Turn 2, then all of a sudden he was on top of me."

The pair were called to the stewards after the race at Monza, which saw McLaren and Daniel Ricciardo swoop to a stunning one-two victory.

Verstappen, 23, maintained his innocence having initiated the overtake that led to the crash – insisting that, like their collision at Silverstone earlier this year, 'these things happen'.

He stated: "We realised we were going to be close into Turn 1.

"I took the wide line and I had to go on the green kerb to not make contact.

"He realised I was going for it and kept squeezing me and I wanted to work with him, I wanted to race. 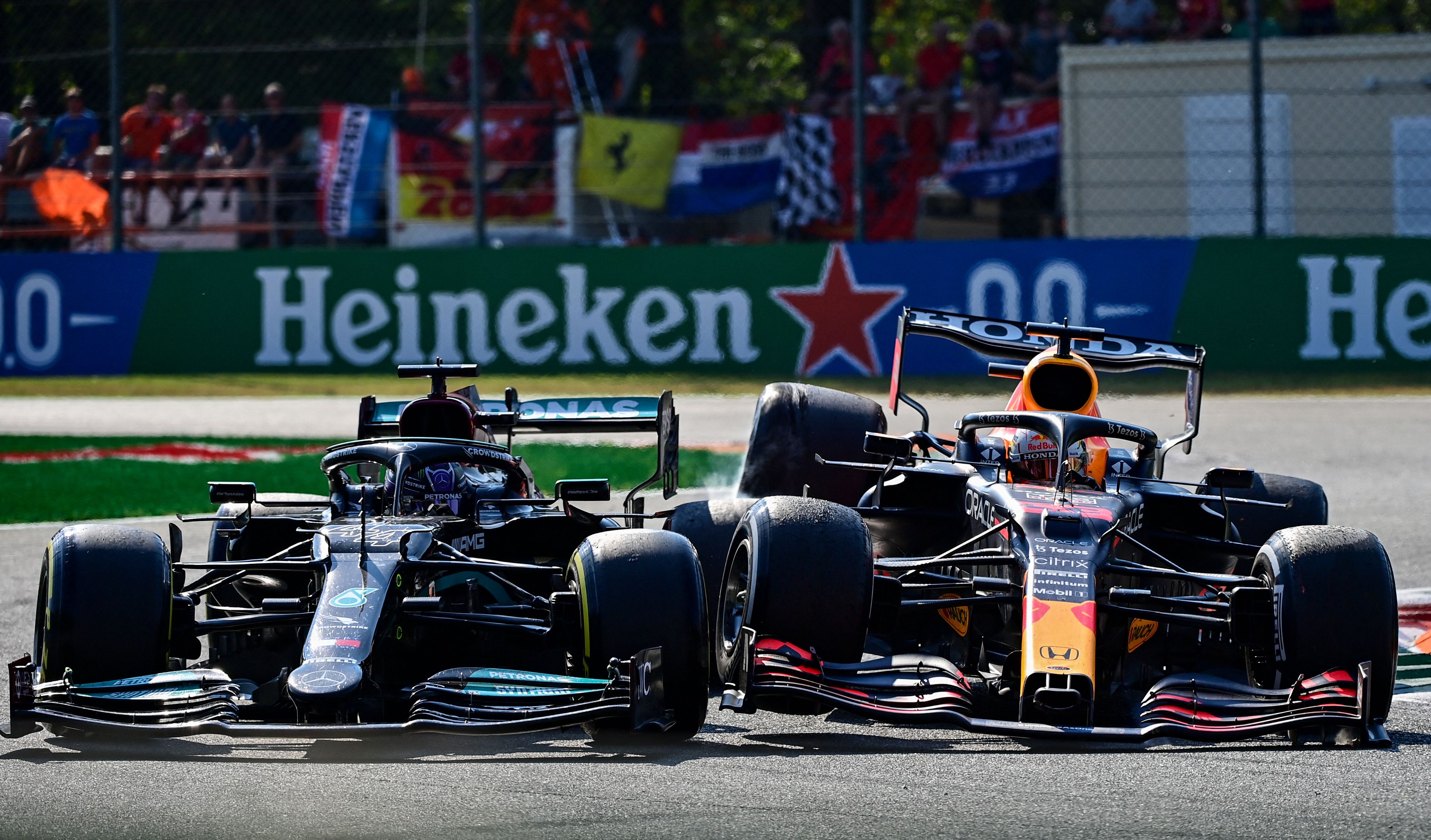 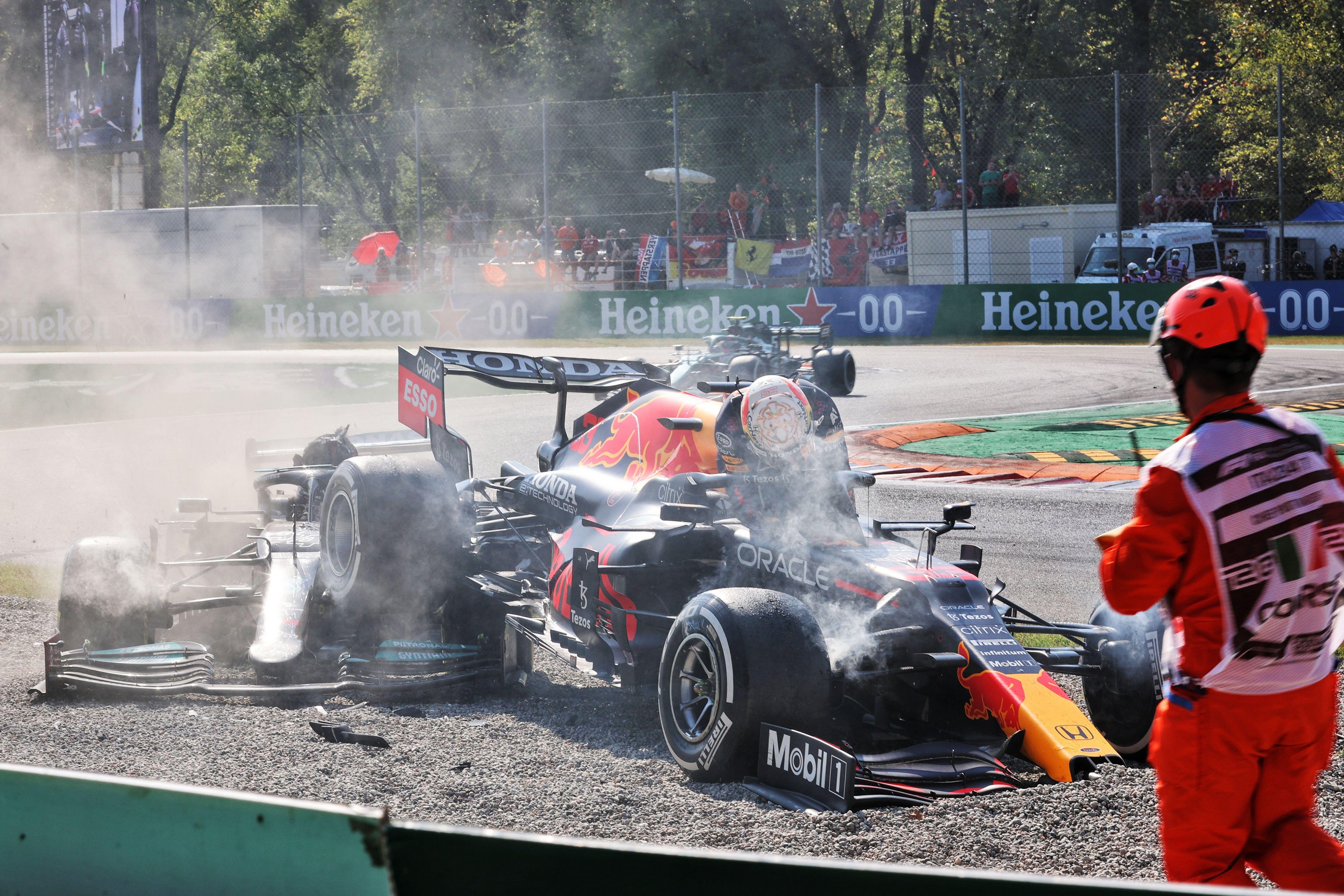 "Everyone automatically starts talking about Silverstone but these things happen. We are all professional enough to get on with it and keep on racing each other.

"He kept on pushing me wider and wider and at one point there was nowhere to go and he pushed me onto the sausage kerb and that is why we touched, because the rear tyre bumped up to his tyre."

Neither Hamilton nor Verstappen led the Grand Prix after Ricciardo launched ahead off the start.

It led to an early battle at Turn 4, which saw the Merc on the outside and squeezed over the kerb in a rather ambitious move.

Verstappen maintained that the two moments 'cannot be judged the same' whereas Mercedes boss Toto Wolff squared the blame with the Red Bull star.

In football you call it a 'tactical foul'. Max probably knew if Lewis stays ahead, that is the race win.

Wolff told Sky Sports: "The stewards are going to decide who is predominantly to blame.

"In football you call it a 'tactical foul'. [Verstappen] probably knew if Lewis stays ahead, that is the race win, possibly.

"If you compare it to what Lewis said about Turn 4 on lap one, there was no space left – pushed off the track, actually.

"Let the stewards make the judgement. I don't want to be a punter like some of my colleagues."