According to reports, the La Liga giants are eyeing up sensational moves for PSG and Borussia Dortmund hitmen Kylian Mbappe and Erling Haaland and Manchester United midfielder Paul Pogba. 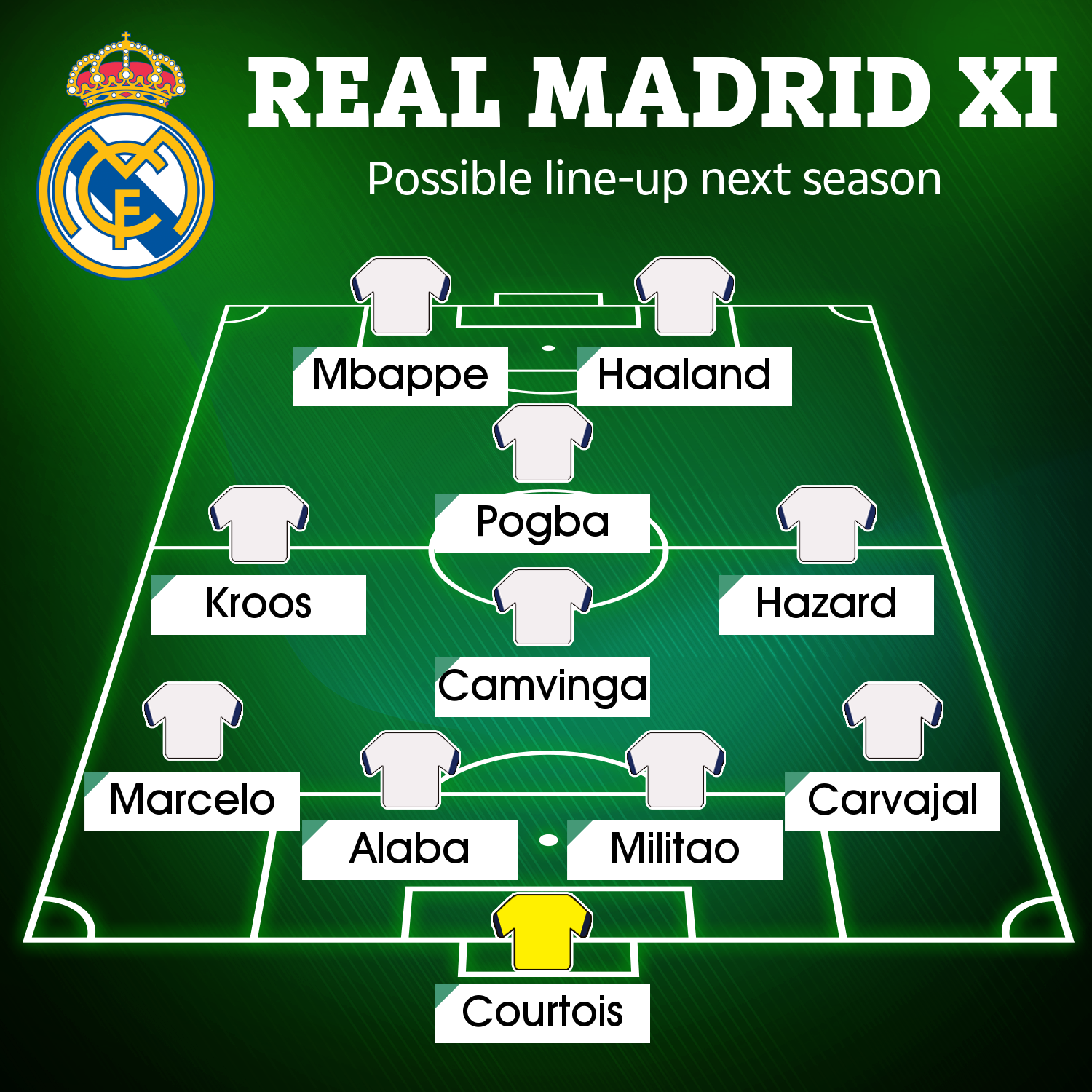 Spanish newspaper Marca claim Real president Florentino Perez has greenlit moves for the trio and has already been in contact with Haaland's camp.

Real had two bids for Mbappe rejected in the summer, with PSG turning down £130m and £200million bids from the Spaniards.

Los Blancos will, however, be able to sign Mbappe on a free transfer next summer as his contract with the French champions expires at the end of the season.

They'll also be able to acquire the services of Pogba for free too as his deal with Manchester United will also come to an end in the summer.

But in the case of Haaland, Perez will have to dip into the club's pockets to sign Dortmund's goal machine.

Haaland currently has three years left on his contract with the Bundesliga outfit, who he's scored a staggering 63 goals for in just 64 appearances.

Real wouldn't have to break the bank to sign the Norway international, though, as it's understood he has a £65million release clause.

The acquisitions of Haaland, Mbappe and Pogba would take Real's already star-studded squad to new heights.

And with that in mind, SunSport thought it'd only be right to devise a Los Blancos starting XI including the trio.

Real Madrid will be back in action a week on Sunday, welcoming Celta Vigo to the Bernabeu.

Carlo Ancelotti's side currently top the La Liga table with seven points after two wins and a draw in their opening three matches.

Speaking after his side's 1-0 win over Real Betis last weekend, the Italian said: “In the second half we were better, it was not a spectacular game but it’s a clean sheet and we are happy.

“We did well because we worked together. In the second half we went 4-4-2 to have more control.

“There are many things that we have to improve on. But I think the balance is positive.”