DIEGO COSTA convinced John Terry that he would help Chelsea win the Premier League during a PRE-SEASON sparring contest with the Blues' physio. 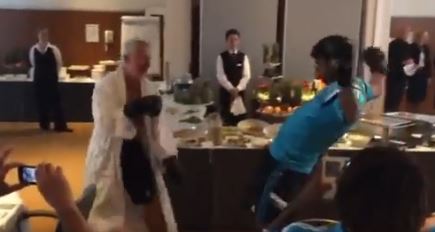 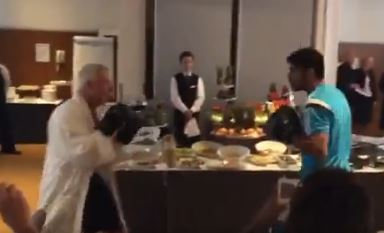 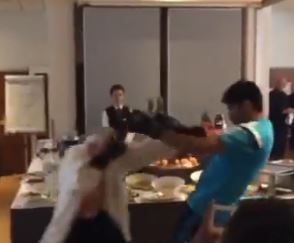 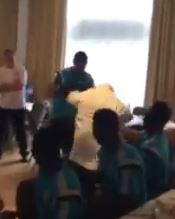 Costa always had the reputation of being a bit of a loose cannon, but he had Terry convinced early on that he'd lead Chelsea to Prem glory.

The Stamford Bridge legend captioned the video on Twitter: "@diegocosta Vs Billy (AKA) Rocky Pre season 2014/15. After this I knew we would win the league.

"What a Legend. I’m crying watching this," followed by laughing emojis.

The pair can be seen throwing punches at each other as the theme song from Rocky blares in the background.

Costa begins the video by jokingly thrusting his crotch in the direction of McCulloch.

But by the end of it the striker had the Blues masseur laid out on the deck after dropping him with a left-right combo Tyson Fury would be proud of.

And as McCulloch hits the ground a number of the watching Chelsea squad jump to their feet cheering on the feisty striker.

McCulloch then gets back to his feet and pretends to stagger around as another staff member jokingly throws in a towel.

A bell then rings and the pair embrace as the watching squad continue to laugh hysterically.

The video was filmed in the summer of 2014, just after Costa arrived at the club in a £34million deal from Atletico Madrid.

And Terry was right, the Blues did indeed go on to win the Premier League title that season.

They largely had Costa to thank after the striker netted 20 league goals that campaign.

Feared by defenders on the pitch, Costa is also famed for his crazy antics off it.

He has previously pranked a team-mate by spraying his clothes with a fire extinguisher and even woke up his sleeping brother with a firecracker in the past.