For years Max Whitlock sought to emulate his idol Kohei Uchimura by becoming Olympic all-around champion, so much so that the Japanese great admitted having logged into Whitlock’s live-streamed training sessions to keep an eye on his rising British rival.

The divergent paths the pair have followed since their respective successes in Rio in 2016 were emphasised in the Ariake Gymnastics Arena in Tokyo on Saturday, when Whitlock booked his place in another pommel final then looked on as Uchimura, on the opposite side of the arena, endured an anti-climactic final act.

The 32-year-old national hero Uchimura had dreamed of winning a third straight all-around title in front of his home fans. Instead, a series of injuries forced him to focus solely on the high bar, where, against an inappropriate backdrop of empty seats, a fall midway through his routine brought his campaign, and almost certainly his remarkable career, to a close.

Whitlock, whose score of 14.9 proved enough to place him comfortably in next Sunday’s pommel final, has maintained his respect for Uchimura despite having long since discarded his all-around ambitions, intent on putting almost all his focus on excelling on his favourite apparatus.

“I don’t usually watch the other gymnasts but I couldn’t really not notice Kohei on the high bar,” said Whitlock, who also competed on high bar and parallel bars in order to ensure the four-man GB team – also comprising Joe Fraser, James Hall and Giarni Regini-Moran – safely qualified for the men’s team final.

“It’s a huge shame for him in his home country, especially because in the warm-up gym he has been looking amazing. It is so difficult coming out to do just one piece, and I’ve only just begun to realise that over the years as I’ve become more of a specialist myself.”

Uchimura told Japanese media afterwards that he might have second thoughts about his decision to retire. “Let me think about it when I go back to the accommodation,” said the 10-time world champion. “I have experienced the bottom of the bottom. So I am not as disappointed as I expected.”

The reality is that Uchimura’s time at the top level is over, and it is left to the likes of Whitlock – now aged 28 but adamant he will attempt to continue to Los Angeles in 2028 – to hold off the next generation headed by Rhys McClenaghan, his rival from Ireland who has pipped him to both Commonwealth Games and European golds in recent years.

McClenaghan qualified with a score of 15.266, matched only by Chinese Taipei’s Chih Kai Lee, and believes he can get even better.

“I can definitely improve my execution,” said McClenaghan. “For me that was a sloppy routine, with a lot of errors in execution that I normally would not make.” 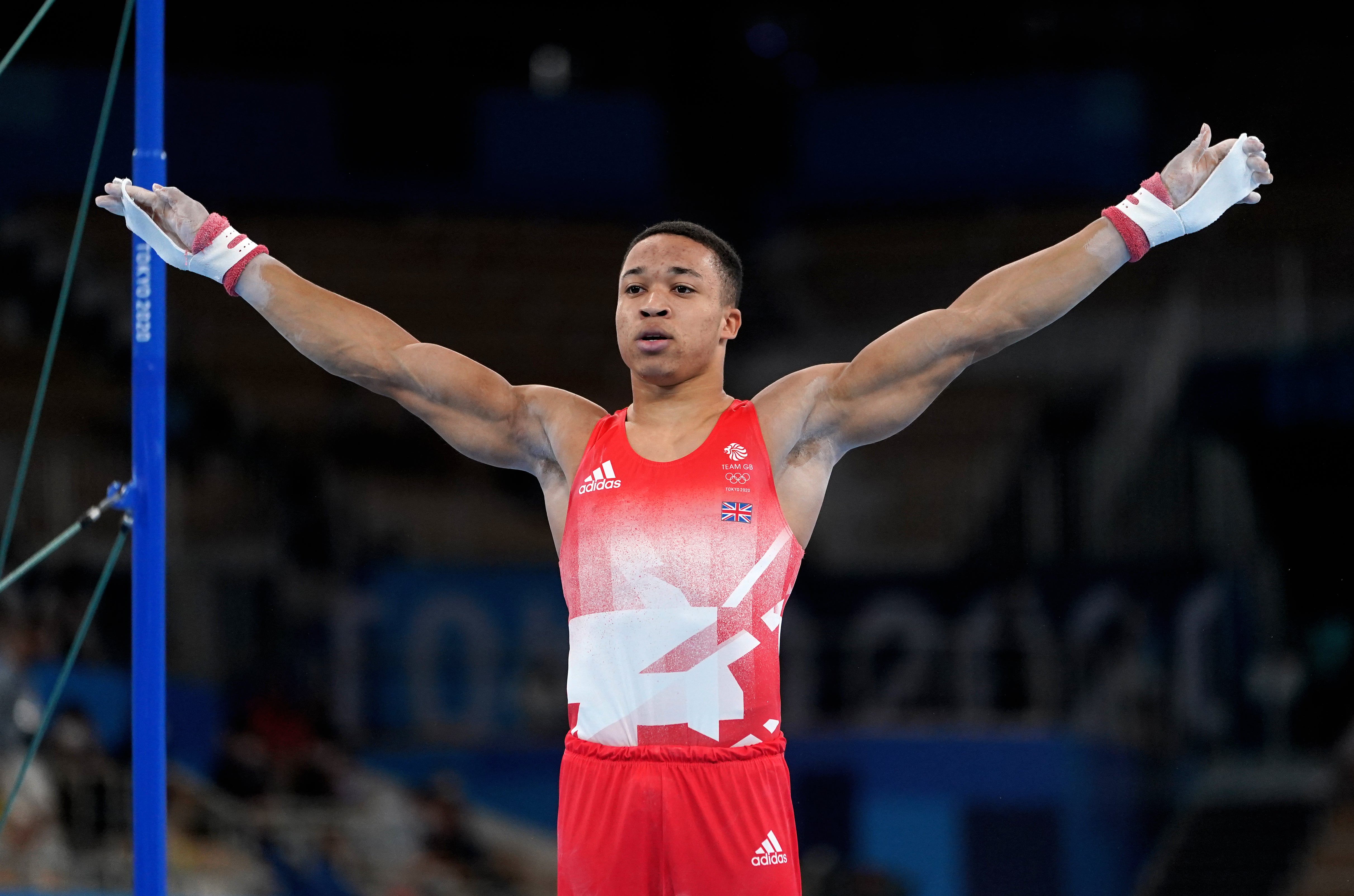 Whitlock is also likely to rise to the occasion as he did in Rio, when he won his two gold medals within the hour. After falling in qualifying in his comeback event at the European Championships earlier this year, it was all about securing his shot at a second consecutive pommel gold.

“I can say on behalf of every gymnast that qualification is the hardest and most nerve-racking thing ever, because everything rides on it,” added Whitlock.

“If you muck things up, that’s your Olympics done, and if you don’t you can go on and have more opportunities to compete in that arena.

“We all felt that. It was a bit quieter at breakfast this morning and you could feel that it was competition day. But we’ve come out here and I feel like we’ve delivered. After everything we’ve been through, to come out and do what we’ve done, we should be really pleased.”

Fraser, another rising star who won a shock gold medal on the parallel bars at the 2019 World Championship, qualified in a superb fifth place in the all-around competition, matching the finishing position of the men’s team, who will nevertheless struggle to dislodge the giants – led by hosts Japan – who rank above them.

A thoroughly impressive day for Fraser culminated in him also qualifying for the parallel bars final, while Hall edged out Regini-Moran for the second berth in the all-around final. Despite having finished inside the 24-man cut-off, Regini-Moran misses out as only two gymnasts per country are allowed.