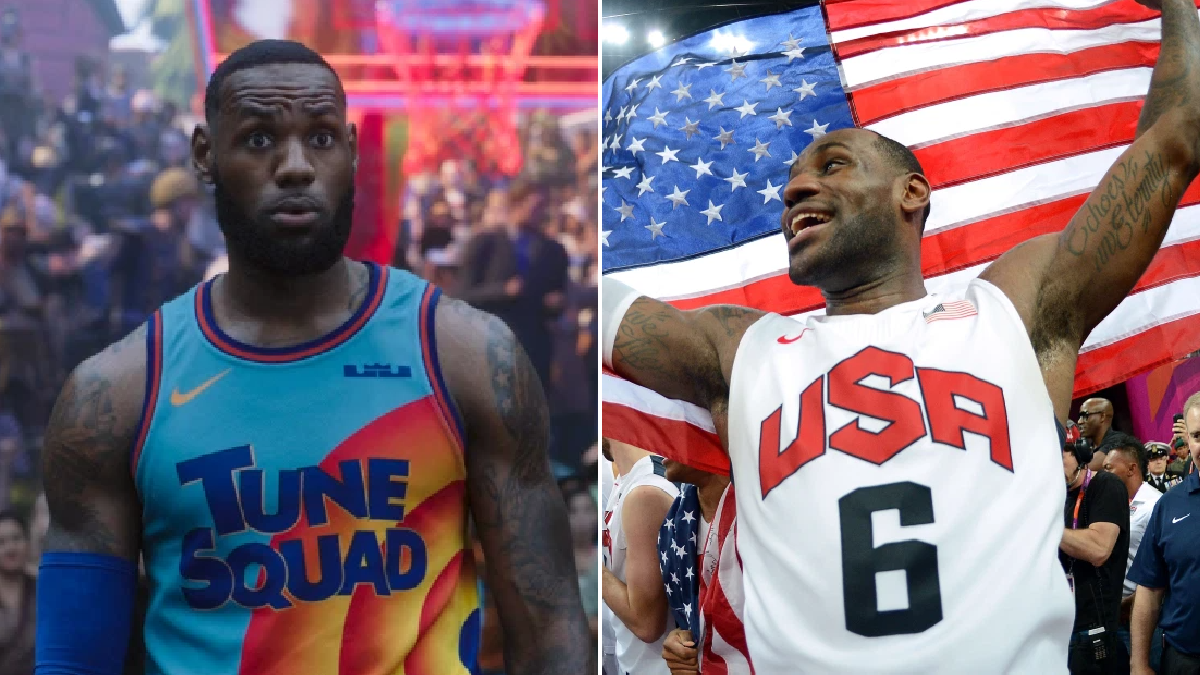 LeBron James has ruled himself out of playing for the USA at this summer’s Olympics in Tokyo and says he will instead be focusing all his effort on the launch of new movie Space Jam: A New Legacy.

The Los Angeles Lakers stars suffered a 4-2 series defeat to the Phoenix Suns in the first round of the NBA playoffs on Thursday night, marking the first time in his career he has fallen at the very first hurdle.

Earlier in the season James had suggested he was open to representing the US in Japan, but when he was asked if the Lakers’ earlier-than-expected playoffs exit would increase his chances of taking part at the Olympics he responded negatively.

Instead, James intends to use the off-season to promote his new Space Jam movie, which releases in cinemas in July, and hopes to get his injured ankle back to 100%.

‘I think that’s what my focus is on, on trying to beat the Monstars – or the Goon Squad we call them now.

‘So didn’t have much success versus the Suns, so now I am gearing my attention to the Goon Squad here in July, in mid-July.

‘So I’m gonna let the ankle rest for about a month and then I’m going to gear up with Lola, Taz, Granny, Bugs and the rest of the crew. So hopefully I’ll see y’all at the match.’

On how the Lakers’ early exit could benefit his body, James continued: ‘It’s going to work wonders for me. Obviously during the season I don’t talk about rest, I don’t even like to put my mind in that frame, it makes me weak.

‘But in the off-season I’ve got an opportunity to rest. I’ve got like three months to recalibrate, get my ankle back to 100%, where it was before that Atlanta game.

‘That’s the most important thing for me. Everything else feels extremely well. My ankle was the only thing that was bothering me in the latter stages of the season.

‘It never fully got back to before the injury. But I’m happy I was able to go out there and at least try to help our team win.’