LEEDS could face an FA probe after Sergi Canos appeared to be hit by an object after scoring Brentford’s second at Elland Road.

The two sides played out a thrilling 2-2 draw on Sunday, with sub Patrick Bamford netting a late equaliser following a nine-game absence through injury. 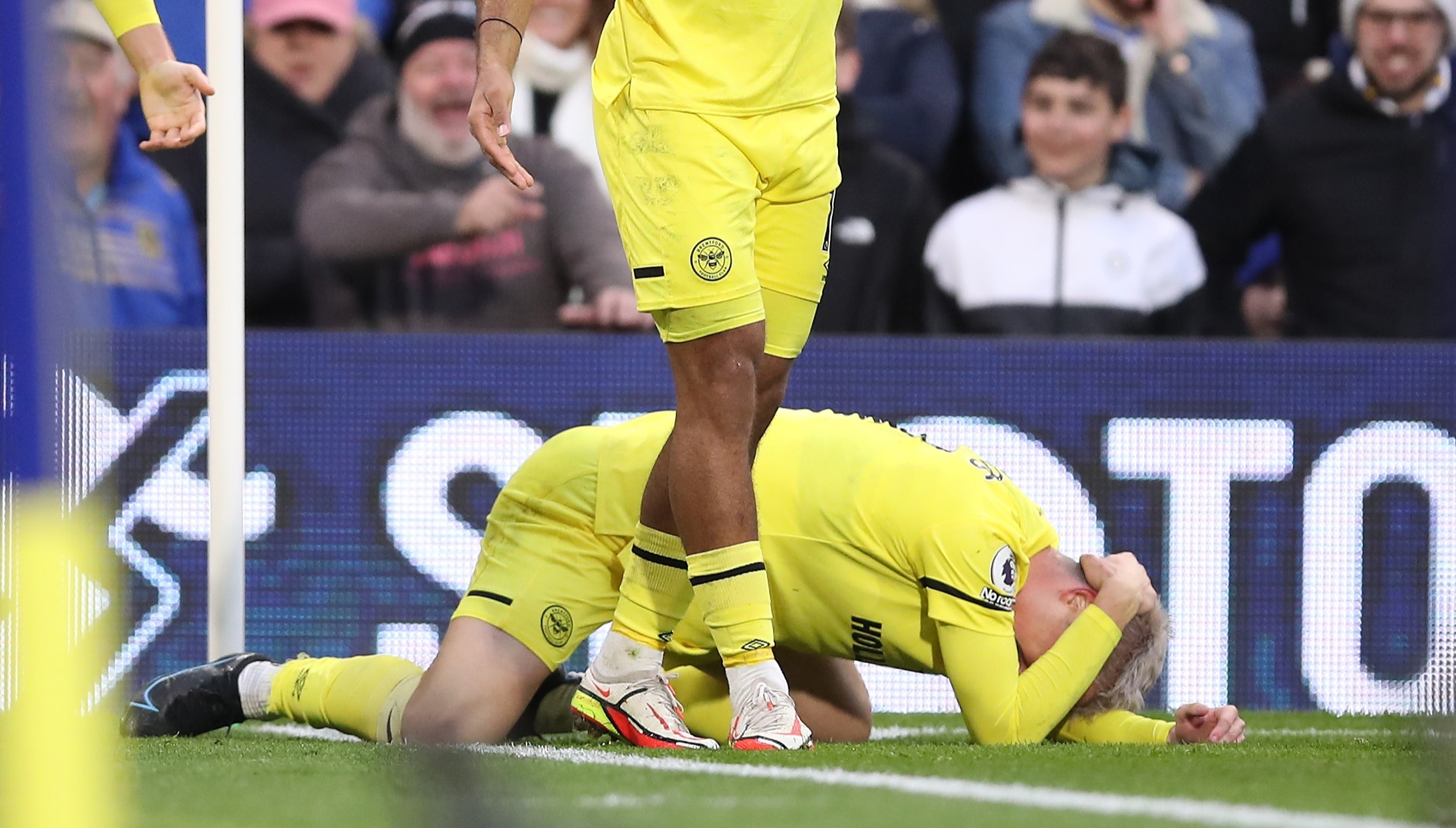 But the match was overshadowed by an incident following Canos’ strike to put the Bees 2-1 up.

The Spaniard fired home in the 61st minute as Brentford turned the game on its head.

And as Canos wheeled off in celebration, a missile was hurled at him from the Don Revie Stand.

The Spaniard fell to the ground clutching his neck, with the incident certain to go into ref David Coote’s report.

Leeds now face the possibility of an FA probe following the unsavoury scene.

But the Whites will still be delighted with their late point at home.

Marcelo Bielsa threw Bamford on with 22 minutes remaining to try and claw something back.

And he delivered right at the death, teaming up with Luke Ayling – who had also been out for the last nine games – to rescue a point.

Ayling met Raphinha’s corner at the near post and nodded it back to Bamford, who bundled it home to send Elland Road wild.

Reflecting on his team’s late effort, Bielsa said: “Ayling had a satisfactory game and Patrick scored a goalscorer’s goal.

“In the centre of the pitch where he [Bamford] came on, it was difficult to find the ball. But finally, he gave us the equaliser, which for our expectations is very valuable given how we got it.

“The players that are used to scoring are usually in the right place at the right moment. What we value about this goal is the opportunism of it.”