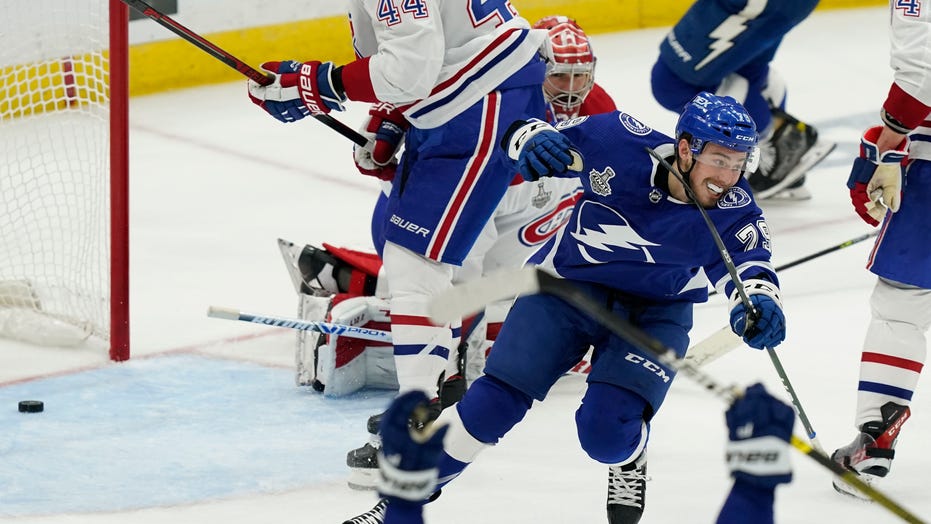 The Tampa Bay Lightning hoisted up the Stanley Cup for the second year in a row, this time on home ice, after defeating the Montreal Canadiens 1-0 in Game 5 of the Stanley Cup Final.

They become the 9th team in the Cup’s history to win back-to-back championships.

The more than 17,000 fans at Amalie Arena chanted “We want the Cup!” as the final minutes of regulation winded down and the Lightning delivered.

Tampa Bay forward Ross Colton would score the only goal of the game, ending a scoreless period and half after veteran defenseman Ryan Mcdonagh dragged the puck to the middle and passed to David Savard who fed him the puck in front of the net to beat Habs goaltender Carey Price in the top corner.

Colton’s goal marked the 18th time the Lightning scored in the postseason, tying the NHL’s record for the most goals in a postseason with the 1990 Edmonton Oilers.

Montreal and Tampa Bay played a physical game that saw a number of fruitless power plays despite both teams having several dangerous opportunities. The Lightning had more shots on goal but Habs goaltender Carey Price controlled the pace of the game early on, stopping play whenever he could.

The Habs looked like they were nearing a goal halfway through the second period but Colton’s goal instantly changed the direction of the game. Forwards Nick Suzuki, Cole Caufield and Josh Anderson came close to evening the score but Andrei Vasilevskiy was too sharp.

The Lightning are the 9th NHL franchise to win back-to-back championships and just the second to do so in the salary-cap era, which began in 2005.

Just 10 months ago, Tampa Bay defeated the Dallas Stars in a six-game series to earn the second championship in franchise history.

This is Pat Maroon’s third consecutive Stanley cup. He first did that with the St. Louis Blues in 2019 in a seven-game series win over the Boston Bruins, then again with the Lightning in 2020 and now 2021.

He now joins hockey greats Ed Litzenberger and Eddie Gerard as the only players to have won three Cups in a row with two different teams.

The Canadiens were facing an upward battle after going 3-0 to start off the series. They fought off elimination in a thrilling Game 4 at Bell Centre on Monday night after Josh Anderson scored an overtime goal to force a Game 5 but the Habs couldn’t keep the momentum going, despite putting on their strongest performance of the series.