MANCHESTER UNITED star Harry Maguire has revealed he 'will be back on the pitch soon' as he continues to recover from injury.

The Red Devils' captain, 28, suffered a calf injury during last month's 1-0 loss at the hands of Aston Villa. 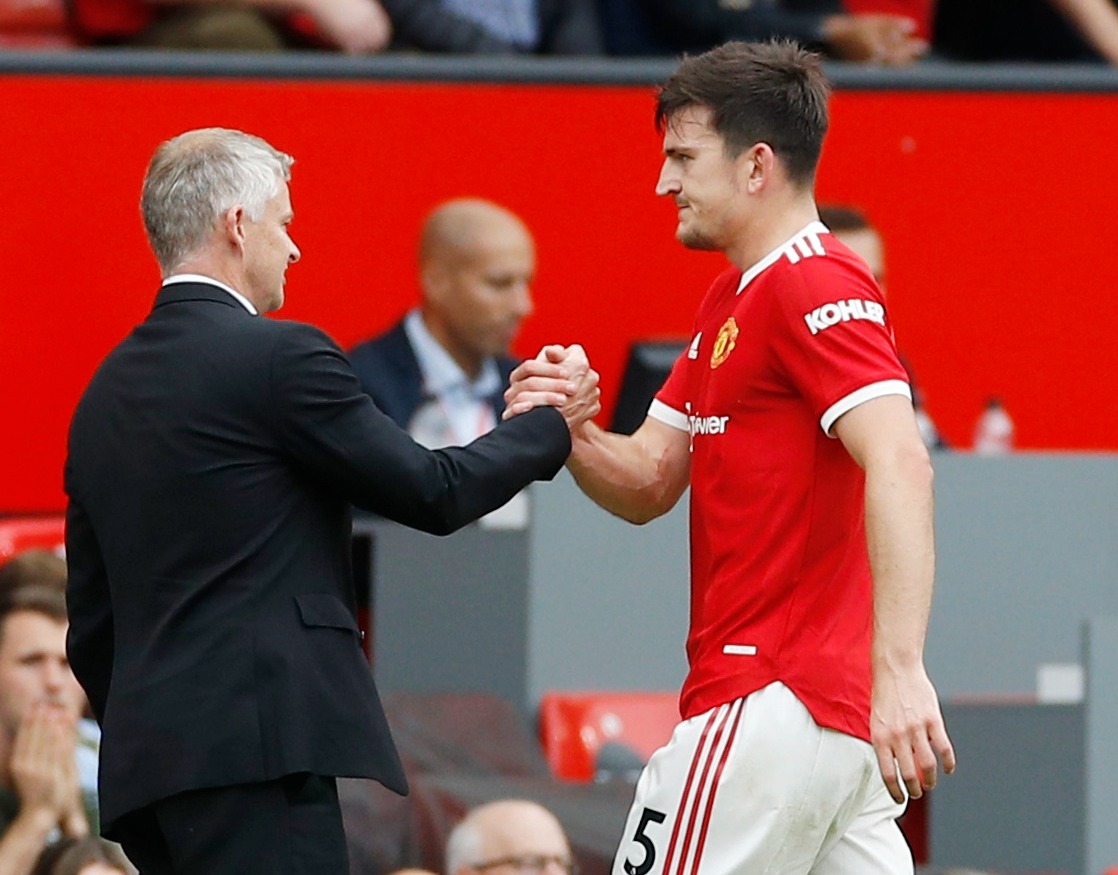 Maguire has missed games against Everton and Villarreal, while also sitting out the international break.

And while the centre-back will not be ready for this weekend's Premier League clash with former club Leicester, Maguire has revealed he 'will return soon'.

Asked about his recovery from injury, Maguire told the Man Utd website: “It's getting there.

“I still haven't trained yet with the squad.

"But I am getting better, I am progressing as I should be.

"It is obviously a frustrating injury for me to get.

"But I am progressing and I will be back on the pitch soon.”

Since completing his £85million move from Leicester in the summer of 2019, Maguire has been a near-ever-present for United.

The towering defender has missed just FIVE of a possible 78 Premier League games.

But he will be unavailable for Saturday's game trip to the King Power Stadium, along with Raphael Varane.

Varane will miss a number of weeks, with Ole Gunnar Solskjaer likely to play Victor Lindelof and Eric Bailly together at Leicester.