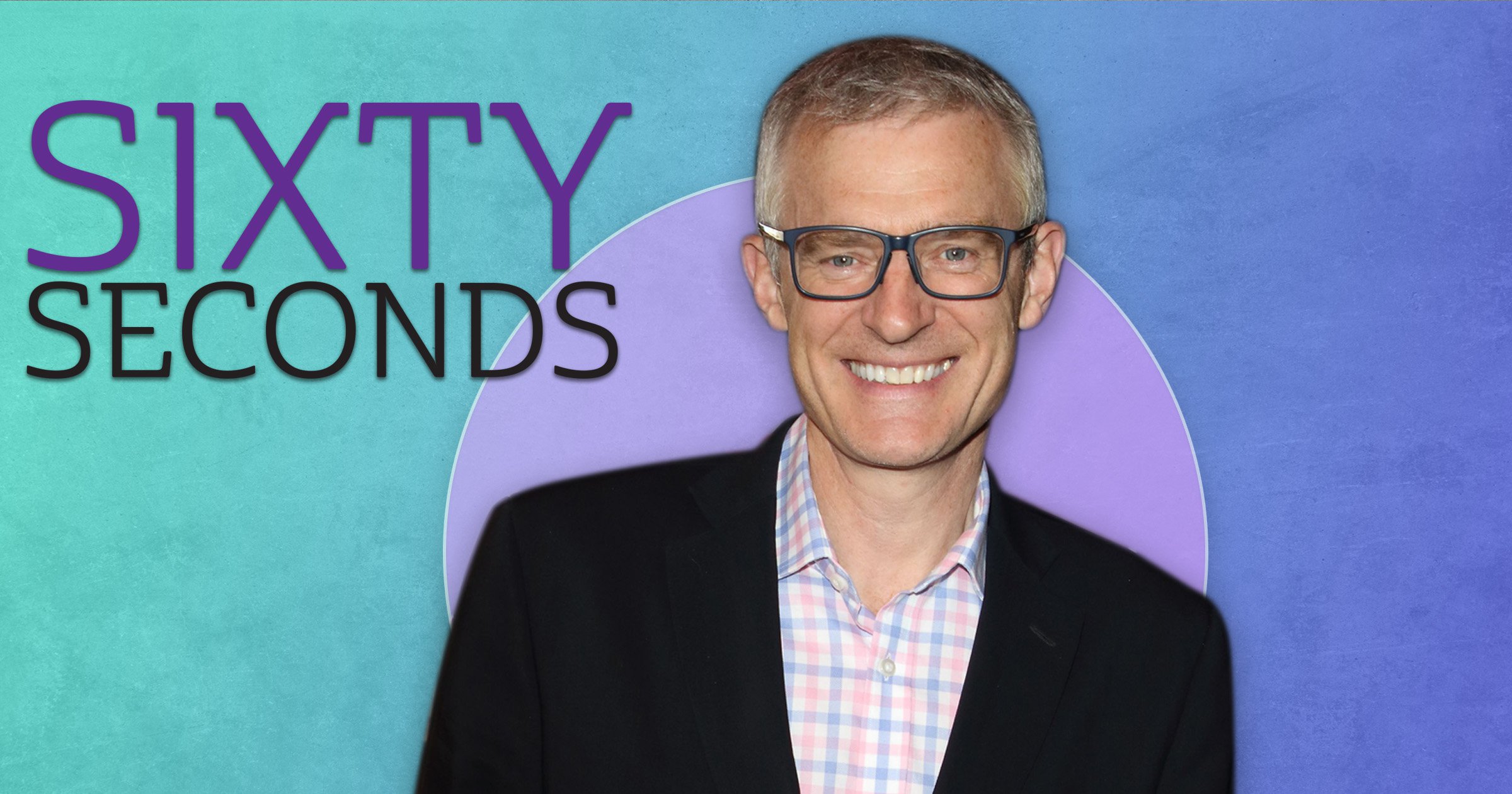 Presenter Jeremy Vine, 56, on trying to stay awake, cycle safety in cities and attempting to form a band with his daughters.

It’s mid-afternoon. How are you after doing your back-to-back Channel 5 and Radio 2 two-hour shows?

There’s usually a moment, so if I glaze over and it looks like a screen saver, then that’s it. It’s an afternoon thing.

The two things I find that keep me awake in the day are a very cold shower in the morning and cycling back and forth. So I’m awake. I’m here. I’m fully present.

In terms of years, you’ve done quite the shift on Radio 2…

I’ve been there, gosh, let me see… it was my wedding anniversary recently.

It’s 19 years I’ve been married [to journalist and news presenter Rachel Schofield] . I think I started on Radio 2 a couple of months after I got married. So it’s been a good few years now and every day I feel lucky.

Are you good when it comes to wedding anniversaries?

Last year, there was a slight mismatch of gifts. I gave my wife an iPad and she just gave me a card.

So this year she insisted I rein it back and I did some flowers and that was it.

How’s Eggheads settling in at its new home on Channel 5?

It’s so similar to before. The joy of it is that it’s the same Eggheads, thesame music, the same graphics and the same format. There’s something wonderful about that. Nobody said, ‘Let’s get under the bonnet and turn the engine around.’

Were there any regrets about it moving from the BBC?

No, the opposite. The Beeb was uncertain about whether to continue with it, then suddenly, beautiful Channel 5 just said, ‘Let’s do this!’ It was an amazing feeling.

The fact that Channel 5 hasn’t done any invasive surgery on the show displays a great maturity on their part.

Do you feel quite proprietorial about the show, having hosted it since 2008?

Even though when you front shows you do feel they are your shows, with Eggheads I feel it’s the Eggs’ show. They are sort of in charge of it and I’m like a viewer, just watching and making sure we give the challengers a fair shake.

I’ve studied them up close and these quizzers are interesting. We’ve just had Pat [Gibson] and Judith [Keppel] on the line. Judith says she only revises stuff she’s interested in. Don’t believe a word of it. A) It’s not luck. B) Pat is very studious. It’s the utterly disarming way they say to every beaten team, ‘You just got the wrong questions there.’

They do seem magnanimous…

Well, they present in a very generous way but watching behind the scenes I can tell you that when they lose they are not magnanimous.

It’s joyful to see the grins wiped off and the shock when they lose. Also, what’s hilarious is when they play together in the final round and somebody takes control of the discussion and leads them in the wrong direction.

There are all kinds of fallout afterwards.

You’ve refused to say any more about anti-vaxxers turning up at your house but you’re never afraid to speak your mind on Twitter. What’s your follow/unfollow policy?

I unfollow people if they are very, very rude but I don’t necessarily remember their names. A guy messaged me and said, ‘You’re a fat idiot and your show is a disgrace.’ I might actually give him a follow for that!

I’ve followed some journalists in Afghanistan. I sort of love Twitter but if I wake up at 3am I mustn’t put my hand anywhere near the phone.

Have you been cut up on the roads recently?

Every day but the camera I’ve got on my cycle helmet is so huge that it’s actually spoiling the fun. People realise they are being filmed from about a mile away.

I’m laughing now but obviously, I’m passionate about cycle safety. We’ve got to get cycling in big cities, particularly. It’s joyful. It’s saved my life. It’s given me a happy soul but it’s too dangerous.

There’s one borough in London where they haven’t got one yard of protective cycle lanes.

Do you ever give yourself time to relax?

There are two things I can show you over Zoom. I’ve got a drum kit. I played the drums when I was a teenager. And there on the wall is my penny-farthing bicycle so I go out on that.

I’ve got teenage daughters and hanging out with them is the best thing ever. I’m taking one on a trip to Belfast this month. I asked her what she wanted to see. She said, ‘I want to see the places where they filmed Line Of Duty.’

Have you got either of your girls playing the drums?

One of them plays guitar. I keep saying to them, ‘Let’s form a band.’ She says, ‘Do you seriously think I’m the kind of person who would form a band with my dad on drums? Have you ever heard of anything so ridiculous?’

How to get your Metro newspaper fix

Metro newspaper is still available for you to pick up every weekday morning or you can download our app for all your favourite news, features, puzzles… and the exclusive evening edition!