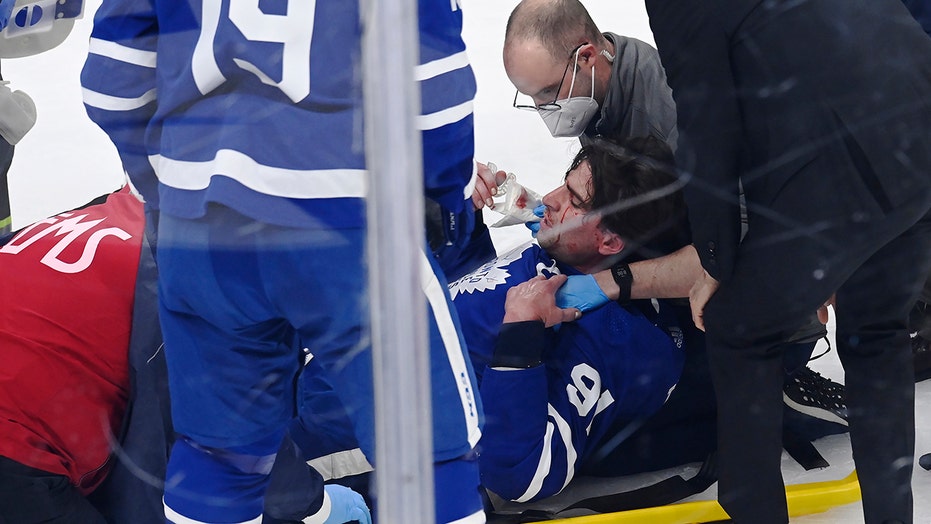 Toronto Maple Leafs center John Tavares was awake and alert when he was at the hospital for precautionary reasons after he received a scary blow to the head during Thursday night’s playoff game against the Montreal Canadiens.

Leafs center Auston Matthews revealed to reporters Friday that Tavares sent his teammates a group text saying he was “doing better,” according to Hockey Night in Canada.

“We’re going to be thinking about him every day,” Toronto defenseman Morgan Rielly added. “We’re playing for him.”

The team released a statement earlier Friday, saying Tavares was released from the hospital but was out indefinitely.

“Toronto Maple Leafs captain John Tavares has been discharged from the hospital this morning. He was thorough examined and assessed by the neurological team at St. Michael’s Hospital and the club’s medical director. He was kept overnight for observation and is now resting at home under the care and supervision of team physicians. Tavares will be out indefinitely,” the team said.

Tavares left the Scotiabank Arena in Toronto on a stretcher Thursday night after taking an accidental knee to the head from Canadiens forward Corey Perry.

Toronto ended up losing the game 2-1 to fall behind early in the series 1-0.