They went through so much together — for better, for worse, in times of injury and of health — but the love didn’t last. The peaks were so high, the valleys so low. The breakup was painful. Years later, with many more miles and much more wisdom, the old guy came back to town. He was different, diminished, but he was still standing.

The Mets knocked around Matt Harvey at Citi Field on Wednesday, chasing him in the fifth inning of a 7-1 rout of the Baltimore Orioles. The first-place Mets are the hottest team in the majors, with seven wins in a row. Harvey, their former ace, was charged with seven runs and eight hits in four and a third innings.

“The last couple of years have been kind of this way,” he said. “I wouldn’t say I’ve gotten used to it.”

But Harvey kept fighting, kept throwing strikes, kept taking punches. This is what he does now, as he wears his age on his back — 32 — with his fifth organization since the Mets traded him in 2018. There is honor in perseverance, and the fans greeted Harvey with standing ovations in his first game in Flushing in three years. 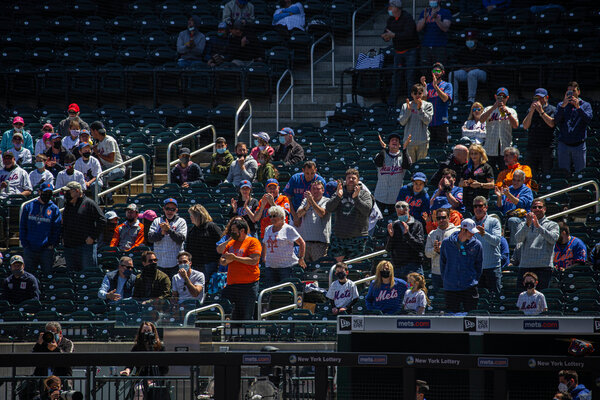 It was a touching salute to the good days and a sign of respect, perhaps, for Harvey’s ongoing effort to pitch. The self-importance, the misplaced priorities, the sudden and startling fall from stardom — nobody harped on it anymore.

“There’s been so many ups and downs here at this ballpark and with this organization that I didn’t really know what to expect,” Harvey said. “And what the fans gave me out there was pretty incredible. I was holding back tears, I’m not going to lie about that. It was pretty hard holding them back.”

Harvey stood on that mound as the starting pitcher in the All-Star Game in 2013. He stood on it in the ninth inning of the final game of the World Series in 2015, with Tommy John surgery in between. In some ways, he has been paying the price ever since.

For all that Harvey may have done to drag himself down — drawn, as he was, to the alluring nightlife as a celebrity bachelor in New York — his performance that fall is what lingers. When faced with the prospect of shutting down his season to protect his rebuilt arm (and future riches) or continuing to pitch in an effort to win a World Series, Harvey chose the latter.

His elbow has held up, but that’s about all. Harvey has since dealt with thoracic outlet syndrome and subsequent injuries to his shoulder and back. Since the Kansas City Royals rallied off Harvey that charged November night, spoiling his shutout on their way to clinching the championship, his earned run average is 5.73.

That is the highest E.R.A. of the 131 pitchers to throw 400 innings since the start of the 2016 season. If Harvey believes that his 2015 decision changed the course of his career, he won’t say it. But he insists he has no regrets.

“I wouldn’t take back going to the World Series, pitching in the playoffs, the cheers from the fans, the respect from the teammates for doing that — I wouldn’t look back on anything,” said Harvey, who worked 216 total innings in 2015, after expecting to throw 180.

“Things happen. Yeah, it was a lot of innings, but we were in the playoffs and we were in the World Series, and that’s something I may never get a chance to do, some of the guys over there may never get a chance to do, and I would never take that back. Those experiences, those memories, the cheers coming off the field — it’s something you can’t explain and will never forget.”

Luis Rojas, the Mets’ manager, spoke with Harvey this week and said that Harvey seemed emotional about his return — overwhelmed, but in a good way. Rojas managed Harvey on the comeback trail in 2017, at Class AA Binghamton, well into Harvey’s quest to find what he’d lost.

“I remember watching him, he leaned up, he lost some weight, and he was very quiet,” Rojas said. “You could see that he was very determined on just getting back to his old self — only two years, but his old self, the guy that helped to take this team to the World Series.”

The Mets had suspended Harvey for three days that May after he failed to show up for a game; he had been out late partying and up early golfing. They designated him for assignment in early 2018, and from there Harvey has bounced to the Cincinnati Reds, the Los Angeles Angels, the Oakland Athletics’ Class AAA team, and the Royals.

The Orioles gave him a minor league deal in February, and he has mostly pitched well, with a 3.60 E.R.A. before Wednesday, when it soared to 4.81.

“He feels really good, healthy, feels good mentally,” Orioles Manager Brandon Hyde said. “He’s giving us a chance to win every time out, and he’s been amazing taking a little bit of a leadership role in our clubhouse.”

Harvey has plenty of stories he could share, from the high to the low to the end of the show, or close enough to it. He said that the last few years had humbled him, and that he would have accepted any reception on Wednesday.

“I feel for the fans,” Harvey said, “that maybe I let them down.”

He is a Dark Knight without his old utility belt, and he has lost more fights than he’s won since he owned Gotham City. But Harvey showed up on Wednesday, took a beating and left with his pride. He is a survivor.

“I’m healthy and I’ve learned from my mistakes,” he said. “Just trying to keep putting myself in the right position to keep playing this game.”