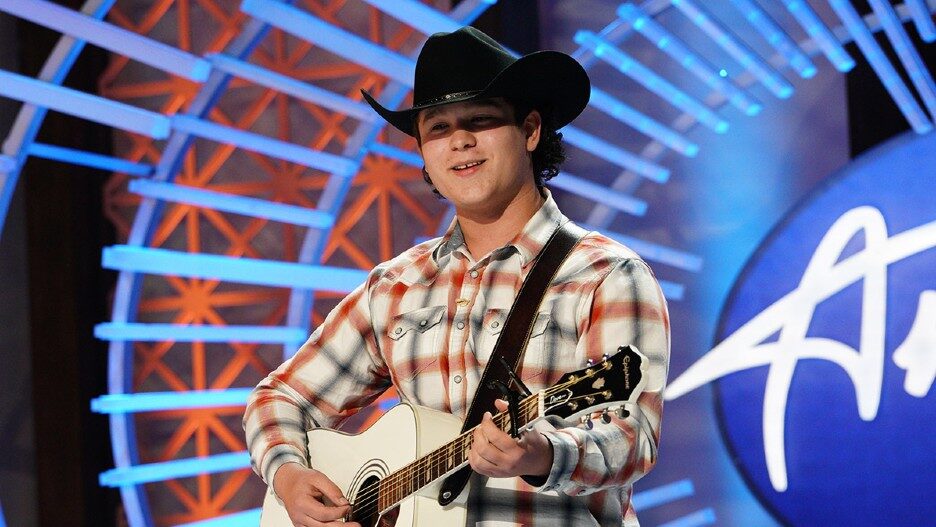 “American Idol” finalist Caleb Kennedy exited the show after a video surfaced in which he is seated next to an individual wearing a hood that resembles the garb of the Ku Klux Klan.

The 16-year-old country singer took to Instagram to break the news.

“Hey y’all this is gonna be a bit of a surprise, but I am no longer going to be on American Idol,” Kennedy wrote. “There was a video that surfaced on the internet and it displayed actions that were not meant to be taken in that way. I was younger and did not think about the actions, but that’s not an excuse.”

Kennedy was 12 years old at the time the video was recorded.

He continued: “I wanna say I’m sorry to all my fans and everyone who I have let down. I’ll be taking a little time off social media to better myself, but saying that, I know this has hurt and disappointed a lot of people and made people lose respect for me. I’m so sorry! I pray that I can one day regain your trust in who I am and have your respect! Thank you for supporting me.”

Kennedy’s mother, Anita Guy, told the Herald-Journal of Spartanburg, S.C. that the video “was taken after Caleb had watched the movie ‘The Strangers: Prey at Night’ and they were imitating those characters.” She added, “It had nothing to do with the Ku Klux Klan, but I know that’s how it looks. Caleb doesn’t have a racist bone in his body.”

Kennedy’s covers of Willie Nelson, Jason Aldean and, most recently, Coldplay had landed him a spot in the final five on “Idol”. Sunday’s episode of the long-running singing competition show will not feature Kennedy and will eliminate another contestant from the final four instead.