Salah was taken off after just 62 minutes in the defeat to Chelsea with Real Madrid and Barcelona interested in landing the frustrated Egypt star. 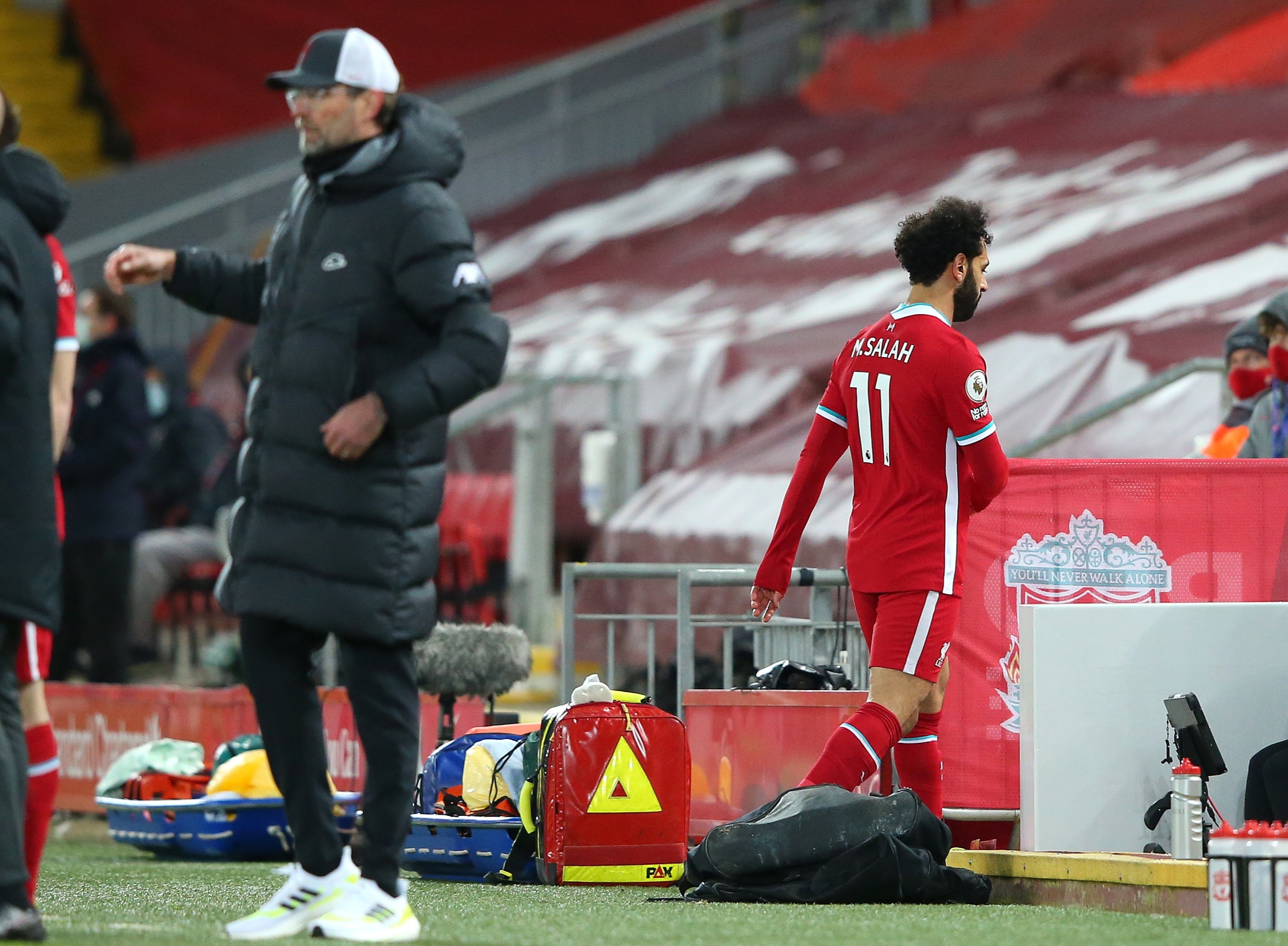 According to Eurosport, Salah has been making hints over a new contract with the suggestion he is looking for a new challenge.

Salah has been a huge success at Liverpool as he helped fire the club to the title last season.

But there have been signs he is ready to move on with some of the biggest clubs in Europe expressing an interest.

Salah reportedly has his sights set on Spain with both Barcelona and Real Madrid considering a move for the 28-year-old.

Liverpool slumped to their fifth successive home league defeat after losing to Chelsea and their title defence is in tatters.

The Reds have only managed one goal during this losing run and their attack looks a shadow of previous seasons.

But Salah is still the top scorer in the Premier League with 17 goals and remains a huge asset to Liverpool.

Liverpool have been linked with a move for Paris Saint-Germain superstar Kylian Mbappe with Salah likely to be interlinked with any deal.

Tensions reportedly rose following Klopp's decision to replace Salah against Chelsea with the striker not hiding his annoyance.

And Salah's future will only be increasingly in the spotlight if Liverpool miss out on a top-four finish this season.