SERGIO AGUERO returned to the football pitch this week in a five-a-side kickabout in Miami.

The striker, 34, was forced to retire last December after being diagnosed with a heart condition. 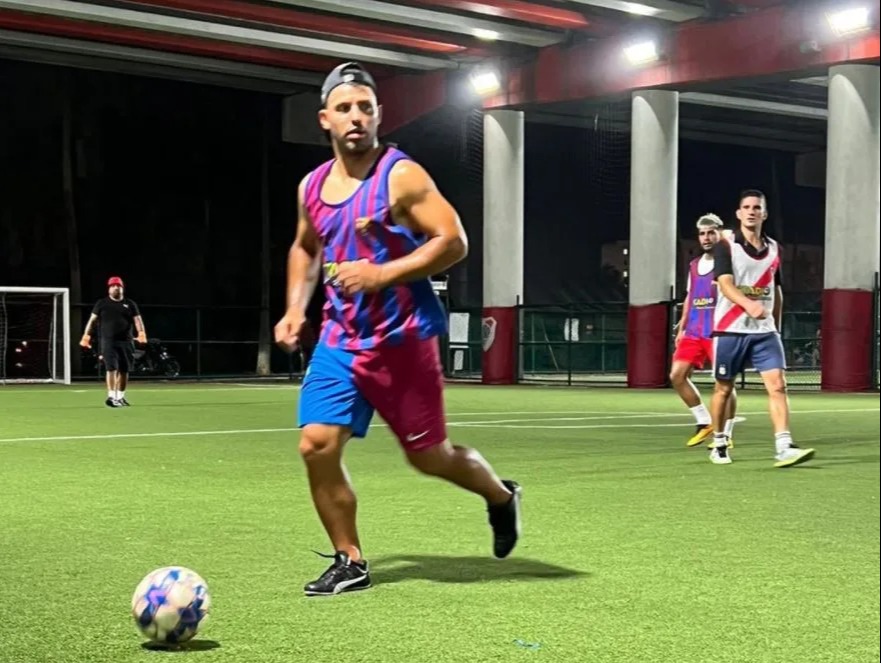 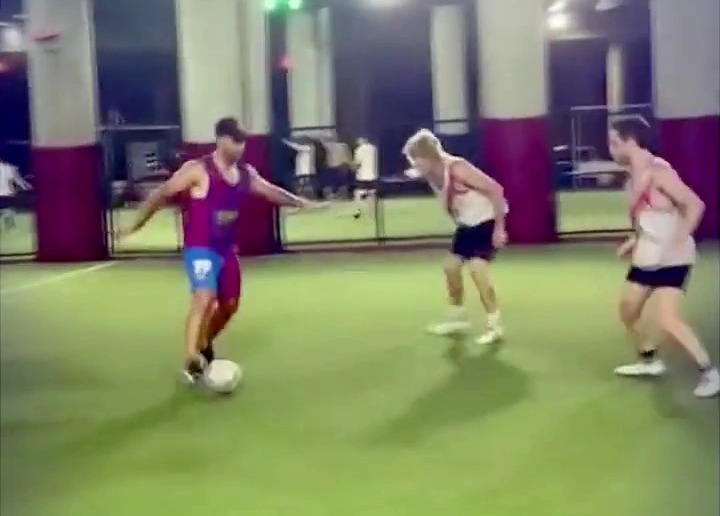 That cut short his Barcelona dream after only signing for the Spanish giants last summer.

But he donned a Barca kit in Miami as he strutted his stuff at Stadio Soccer.

Highlights of the game show Aguero has not lost his poaching ability either with many of his goals coming from close range.

The Manchester City legend also showed brilliant anticipation to intercept a backpass before rounding the goalkeeper and tapping home.

Aguero seemed to be enjoying himself as he teed up his team-mates for goals and dominated the friendly match.

And Twitter users watching the footage were delighted to see the Argentine back in action.

One wrote: "My eyes fill with tears."

Another added: "Things you do love to see ❤️"

Aguero has kept in touch with football since his retirement – albeit in a different capacity.

The ex-striker has taken to Twitch to live stream himself watching City in the Champions League – alongside former team-mates Carlos Tevez and Mario Balotelli.

And Aguero was left stunned by Karim Benzema's goalscoring performance in the semi-final first leg.