NEWCASTLE'S swoop for Eddie Howe is in danger of collapsing, according to reports.

The Toon looked on course to confirm the ex-Bournemouth chief as their new boss on a two-and-a-half-year deal. 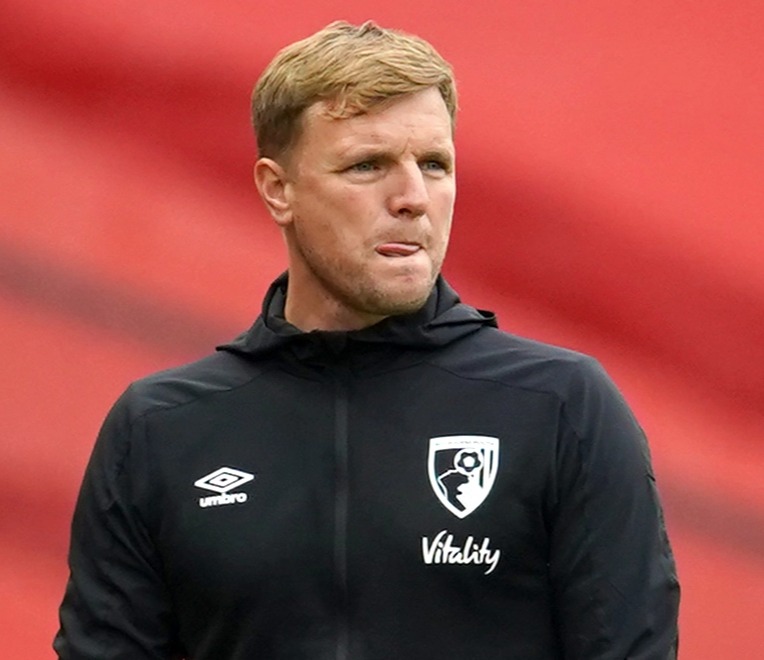 But a last-ditch hiccup in the negotiations is threatening to be a deal-breaker in the hunt for Steve Bruce's successor.

According to the Mirror, Howe wants to bring his own backroom staff with him to St James' Park.

But no agreement has yet been reached for the coaches to follow Howe to the north-east.

And that could see the whole appointment fall apart in emphatic fashion.

Howe's inability to bring his coaching team with him was also a major factor behind the Cherries legend not taking the Celtic job in the summer.

Newcastle have already had the likes of Antonio Conte, Unai Emery, Xavi and Joachim Low turn down the vacancy.

And rejection from Howe would be another major blow for the new Saudi owners.

The Magpies, currently being led by interim boss Graeme Jones, are still without a Premier League win this season.

Six points from safety, they travel to Brighton this evening with Jones in charge for the third and final time – with Howe initially expected to be in the stands at the Amex.

Asked if Howe – out of work for 15 months since quitting Bournemouth – is the ideal fit, Jones replied: “If it is Eddie then, yeah, I do.

“I know he lives for the game and it’s his whole life. If you think you can come to Newcastle and do it part-time, you’re mistaken.

“It requires every ounce you’ve got. He’s intense and has exceptional Premier League experience.”