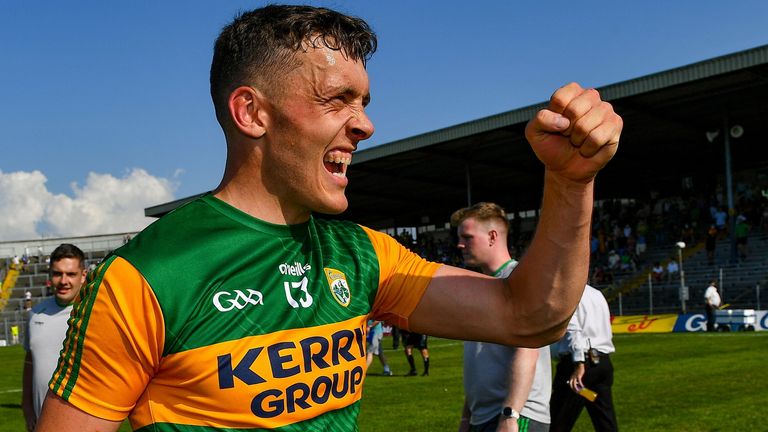 When you’re playing championship football, and there is a game in which you feel you didn’t deliver, it will make you more motivated.

You concentrate more in training the following week. You want to ensure it doesn’t happen again.

David Clifford was held scoreless from play in the Munster final win over Cork. By his standards, it was a quiet game, and he will want to set the record straight against Tyrone.

Nonetheless, Kerry still hit the Rebels for 4-22. It shows the firepower they possess.

And it’s not as if Clifford’s presence had no impact against the Lee-siders. When the tie was still competitive in the first half, Paul Geaney scored a point to finish off a Kerry attack. Two Cork defenders converged on Clifford, meaning he created more space for Geaney.

Due to the Fossa star’s reputation, Cork had to keep a watchful eye on him. And there is space for the other forwards to do the damage.

Even at such a young age, Clifford has real maturity. He is unselfish, and will make runs to take defenders out of the game. It is not about him scoring. It is about Kerry winning. 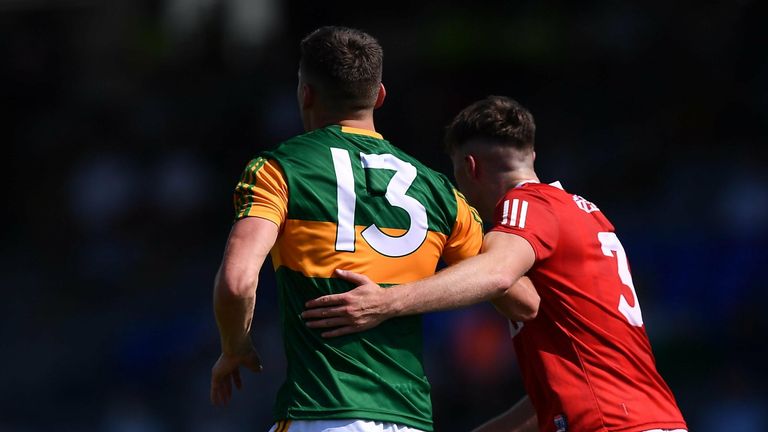 Another headache for the Tyrone management this weekend will be to keep tabs on the elder Clifford brother, Paudie.

Clare, Tipperary and Cork may have been guilty of concentrating too much on David, and Seán O’Shea. That allowed Paudie to pull the strings.

He has been the Kingdom’s most consistent player this year. Just look at his 50-yard pass to O’Shea against the Banner. He can hurt you from anywhere.

If Tyrone think it’s ok to leave him free and give him the run of the park, they will be in serious trouble. They are going to have to assign a man-marker to him.

But the Red Hands must get on top in the middle sector. If Kerry are dominant around that area, Tyrone will struggle, because the Kingdom will inevitably supply their forwards with quality ball.

So the Ulster champions must cut them off at source.

Kerry ran riot when the sides met in the National League semi-final earlier this summer.

There was a glaringly obvious difference in intensity and hunger between the sides. Kerry turned their visitors over with ease, and Tyrone struggled against the press on kick-outs. Even when Niall Morgan went short, they were in real trouble.

Up the other end, Kerry had no problems recovering possession from their restarts.

Tyrone will have to try and vary it. But Morgan will need his targets out the field to give him options. Some will need to go long, which worked well against Monaghan. Others in the short and medium range are also needed. But the outfield players’ movement is paramount.

The key is for them to be on the same wavelength as their goalkeeper. When that happens, it looks easy. 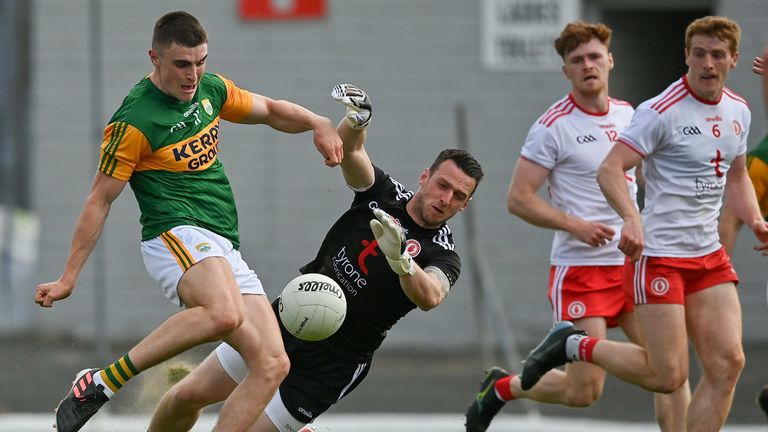 The delay is far from ideal for either set-up. The fact that this match was moved twice has made it difficult for Peter Keane. But he has a strong panel of players at his disposal. Their in-house matches will be keenly contested, and would have been far better preparation than any challenge game.

Tyrone have an advantage in that they have been involved in tight games this summer. Against both Donegal and Monaghan, there were serious questions asked. And they found the answers.

Meanwhile, Kerry regained the Munster title with relative ease. They have not been in a competitive game since May 23, their National League meeting with Dublin.

But there is no getting away from how Tyrone have been disadvantaged by the Covid-19 outbreak. The circumstances around the build-up are interesting. How will the players who had Covid respond? Have they fully recovered?

But they are facing a fearsome Kerry outfit. Tyrone fans will be travelling more so in hope rather than expectation.