MIKEL ARTETA remains favourite to be the first Premier League manager to lose his job this season, according to bookmakers Betfair.

That's despite securing a dominant 3-1 victory over North London rivals Tottenham on Sunday. 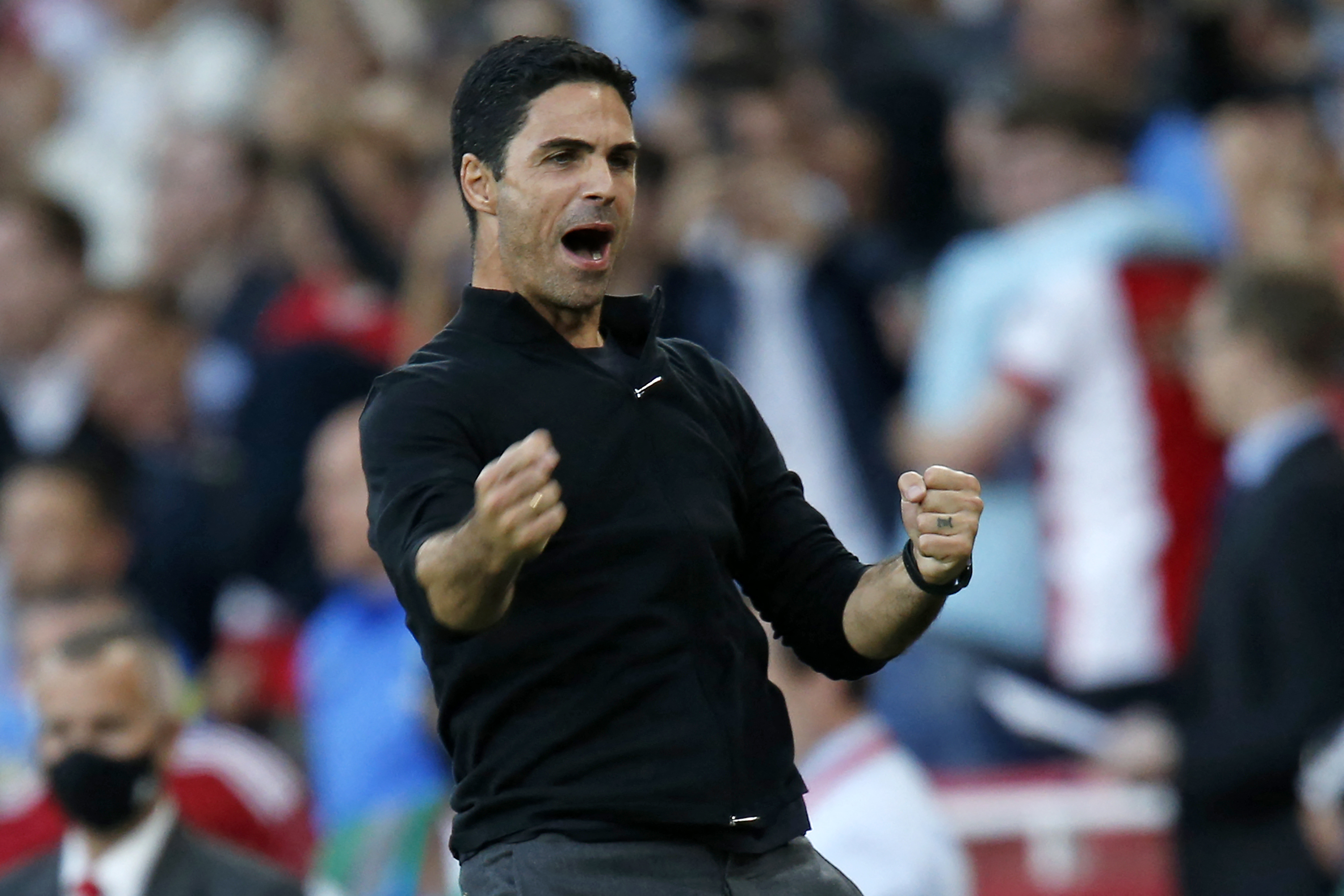 The Gunners ripped Spurs apart with Emile Smith Rowe, Pierre-Emerick Aubameyang and Bukayo Saka all finding the target in the opening 34 minutes.

Arsenal propped up the table after three games but have climbed to tenth after three-consecutive victories.

Arteta was previously available at 4/9 to be the first top-flight boss sent packing.

But he's now drifted to 11/4 with several of his rivals shortening in the betting market after six rounds of fixtures.

Steve Bruce is second favourite at 10/3.

Newcastle are still winless having clung onto a point against newly-promoted Watford over the weekend.

The Toon are in 17th position with three points – just above Leeds on goal difference.

Watford boss Xisco is 7/1 followed by Daniel Farke at 15/2 after Norwich's latest defeat to Everton at Goodison Park.

Including the last 10 games of the 2019-20 season, Farke has now suffered 16 consecutive top-flight defeats.

Nuno Espirito Santo had been priced at around 40/1 after the club's excellent start.

But there's been a massive price shift on the Portuguese tactician after successive league defeats to Crystal Palace, Chelsea and Arsenal – he's now 9/1.

After the match, Nuno said: "We were not good enough and Arsenal did a good game. It's always hard when you concede early in a game and we were not able to control the match.

"Credit to Arsenal because they were strong, aggressive and stronger. What I focus on is making the right decisions.

Commercial content notice: Taking one of the bookmaker offers featured in this article may result in a payment to The Sun. 18+. T&C's apply. Begambleaware.org

*Min stake £5, min odds 2.0. Only deposits made using Cards or ApplePay will qualify. Free bets are awarded after the qualifying bet has settled, valid for 30 days, and must be used on multiples with 3+ legs. Max £20 in free bets. T&Cs apply. 18+ BeGambleAware.Org