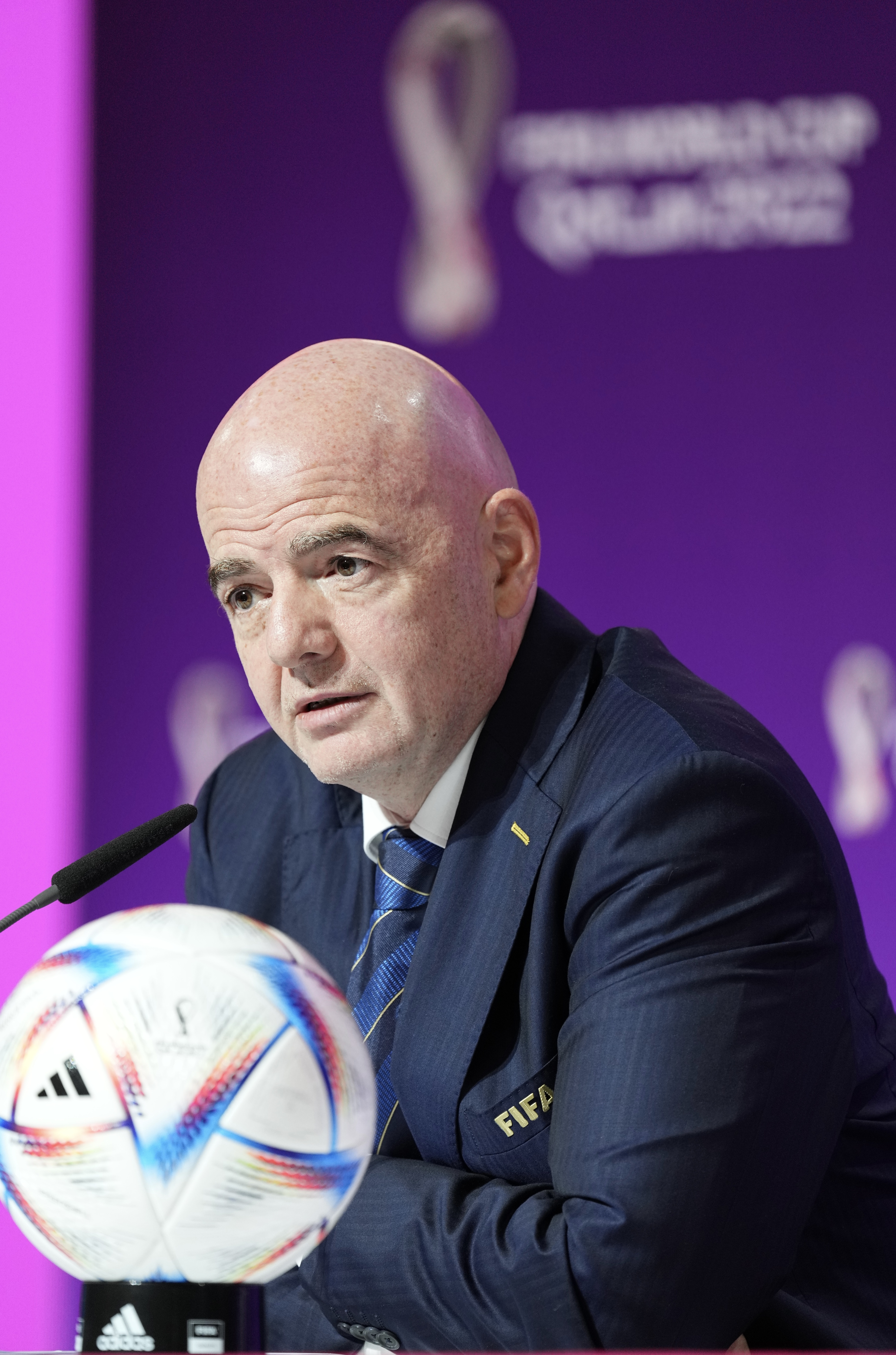 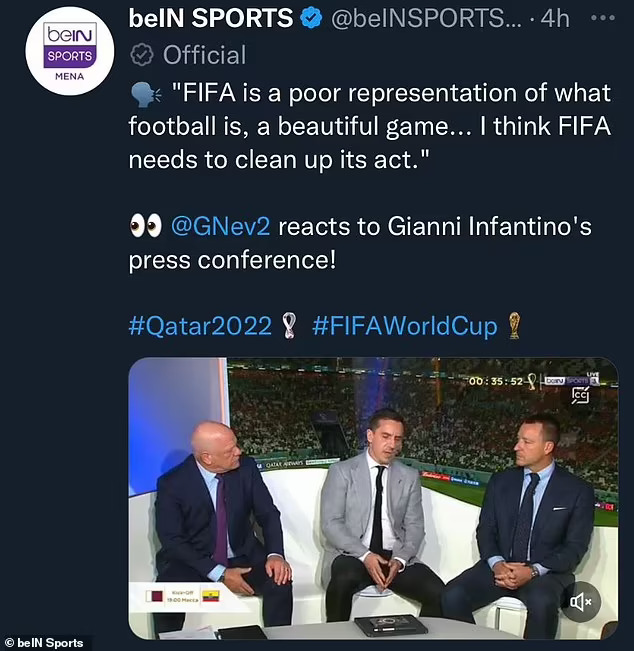 “Of course I am not Qatari, Arab, gay or disabled.

“But I was the son of a migrant worker, saw their conditions. Not in Qatar, but Switzerland.

“As a child I was bullied because I had red hair and freckles. Plus I was Italian and didn’t speak German.

"What do you do? You look down, go to your room and cry and then you try to make some friends, to speak and engage and get these friends to engage with others.”

One of Infantino's fierce critics has been Manchester United legend Neville, who blasted the Swiss footie chief on beIN Sports for his "inappropriate" comments.

"Some of the things he said yesterday were inappropriate and shouldn't be said by him.

"He should be bringing people together. He's the global representative of football.

"He shouldn't be answering to one or two nations, which is what he seemed to be doing yesterday. He's got to rise above it.

Neville went on to group Infantino with world leaders who "divide" not unite.

"All their language is about division. Even though they try and think they're bringing people together they're not."

However, the clip showing criticism of Infantino and Fifa was swiftly removed.