SCOTT Quigley believes hearing Ian Evatt giving it to his Bolton players would be music to his ears – after being on the receiving end himself.

One other thing he wants to hear is a sold out Edgeley Park – full for the first time in 13 years – roaring Stockport to victory. 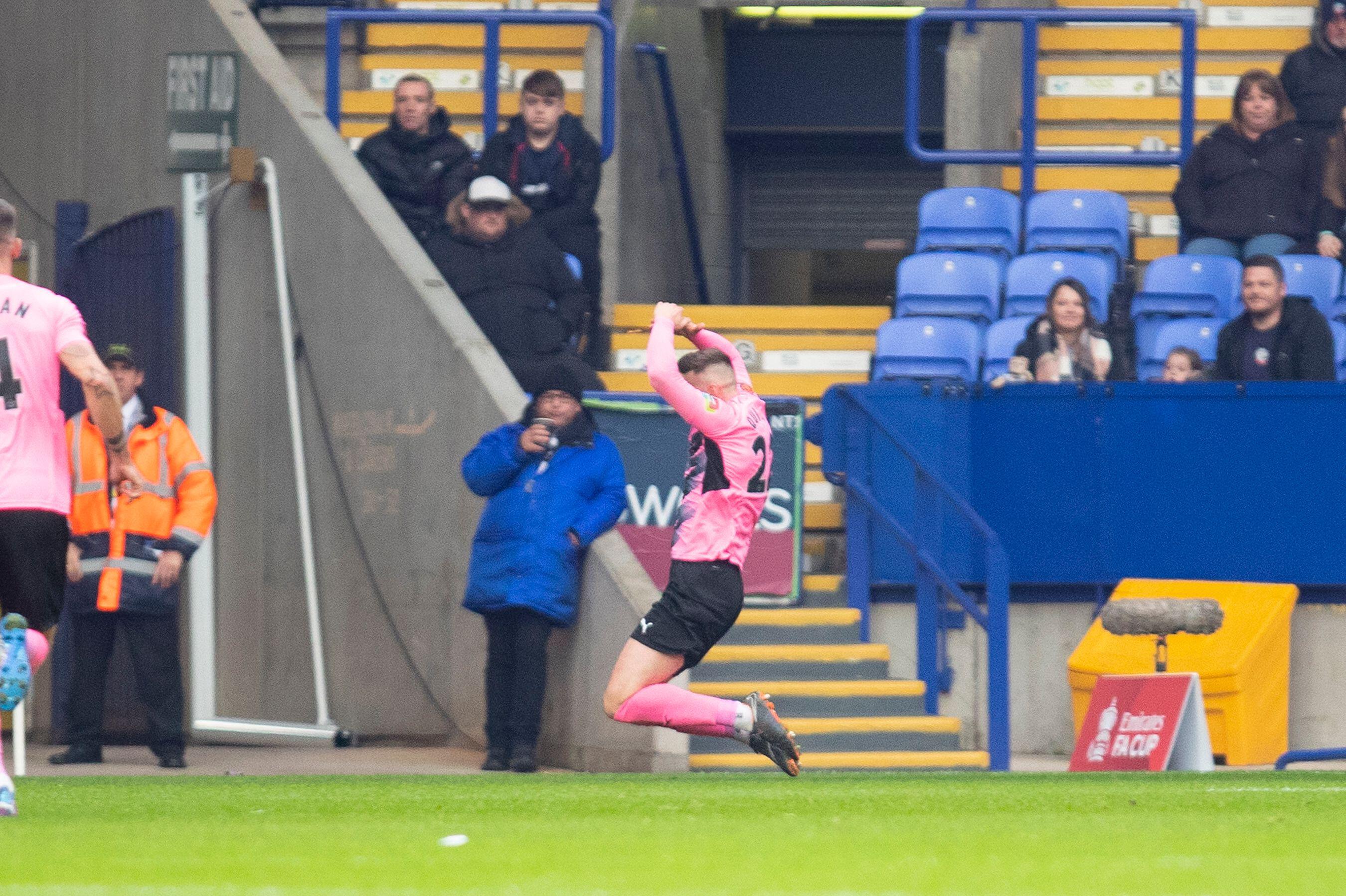 The striker scored County’s first in the 2-2 away draw that set up tonight’s replay in front of 5,110 travelling fans. The BBC obviously sense a shock as they picked it for TV.

Evatt should have known Quigley’s quality after he helped fire his Barrow side to the Football League.

Likewise, the player knows how the manager can react when his side does not perform, so another blast would be lovely.

Quigley said: “Ian doesn’t hold back with his words and isn’t afraid of telling you. I like that from a manager, even though I had a kick up the arse!

“Hopefully I’ll hear him from our dressing room. Hopefully he’ll be crying too! 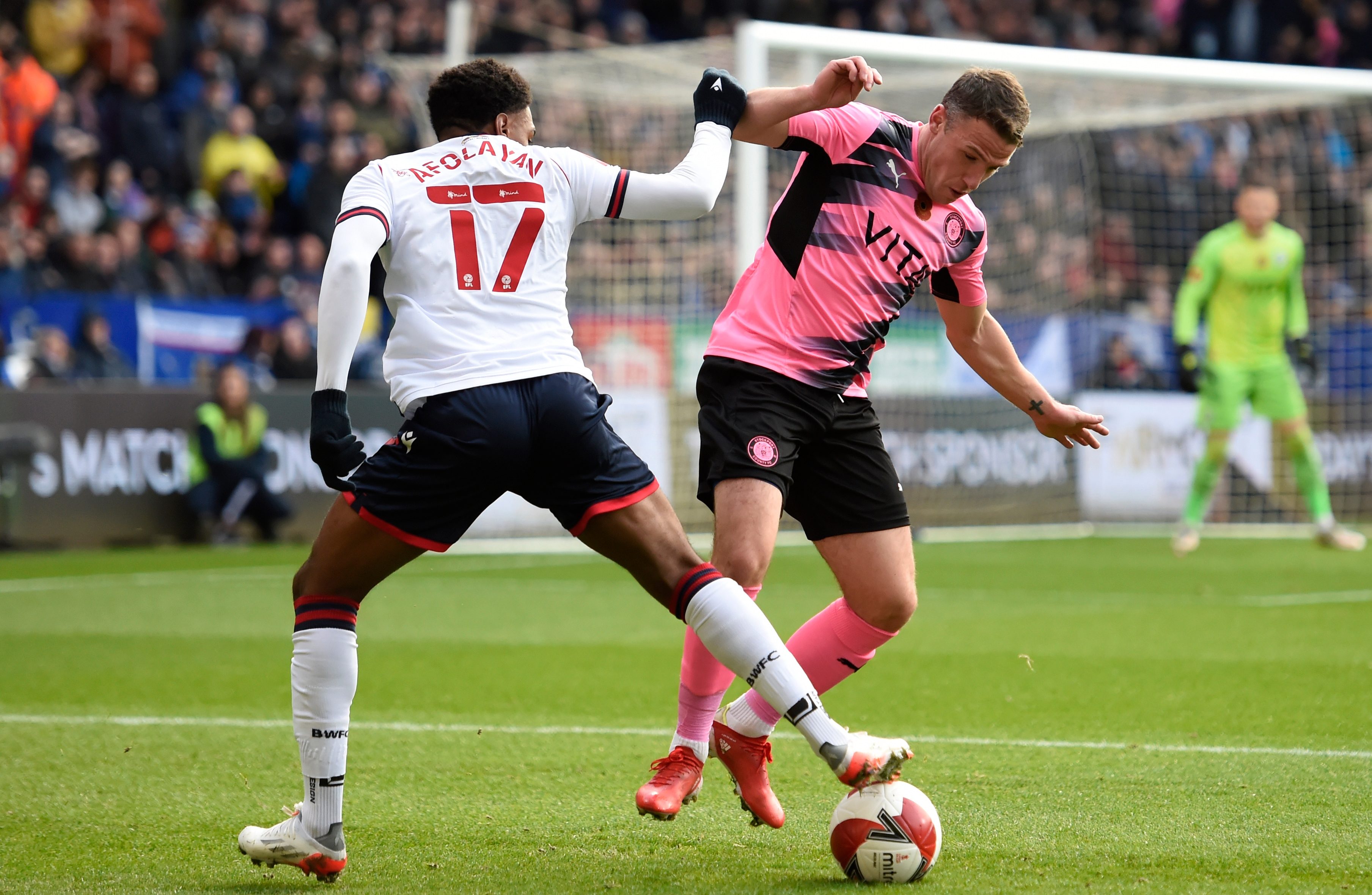 “Ian and Peter Atherton worked wonders for me, they’re good guys but that’s even more motivation to try and upset them.

“I know he’s going to be a top, top manager and he’s only going one way.

“But my goal at Bolton was crazy. Some Premier League teams don’t take 5,110 to a game. Taking that is ridiculous, we even took a couple of hundred to Dover.

“The lads know we have the backing and the infrastructure here is ridiculous for a tier five team. I may have dropped down a league but in my eyes, I’ve moved up a club.

“Stockport’s far superior off the field compared to Barrow. No disrespect to them and I loved my time there but there’s a difference between getting 2,000 at home and 6,000 week in, week out.” 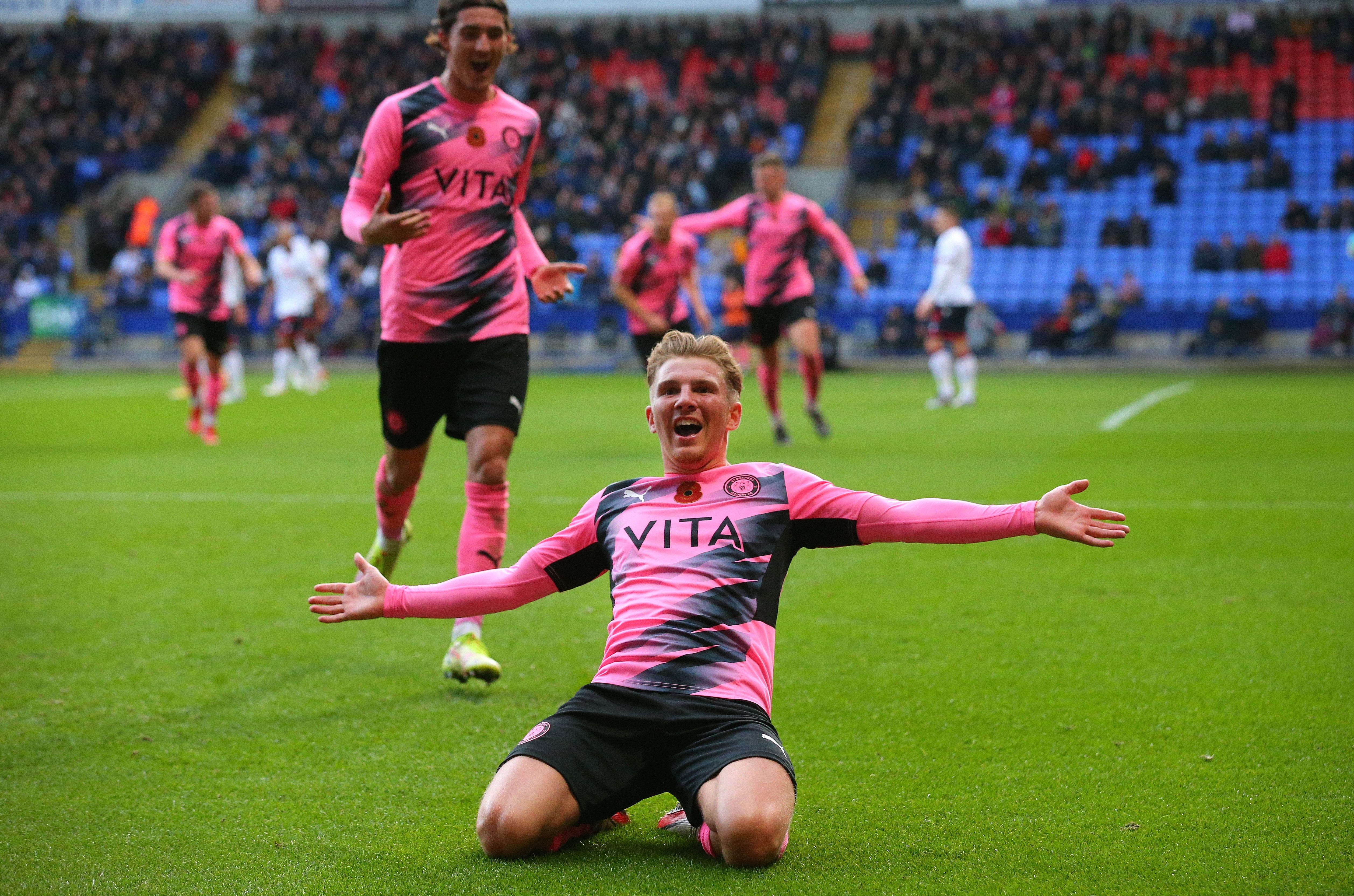 Stockport are adjusting to life under boss Dave Challinor, who only had three training sessions with them before the original tie.

But 29-year-old Quigley, who has scored two goals in the new man’s two matches, can already see changes from old manager Simon Rusk, meaning they can be more of a threat.

He added: “No disrespect to Simon but I thought he was a bit more defensive. Dave wants us to play attacking football, we seemed to have moved a bit further up the pitch.

“We seem to be going after teams instead of holding them off, which we should be doing with the squad we have on paper and that will apply to Bolton.

“In the first game, we had to be careful of their threats but we knew we could hurt them when we had the ball.” 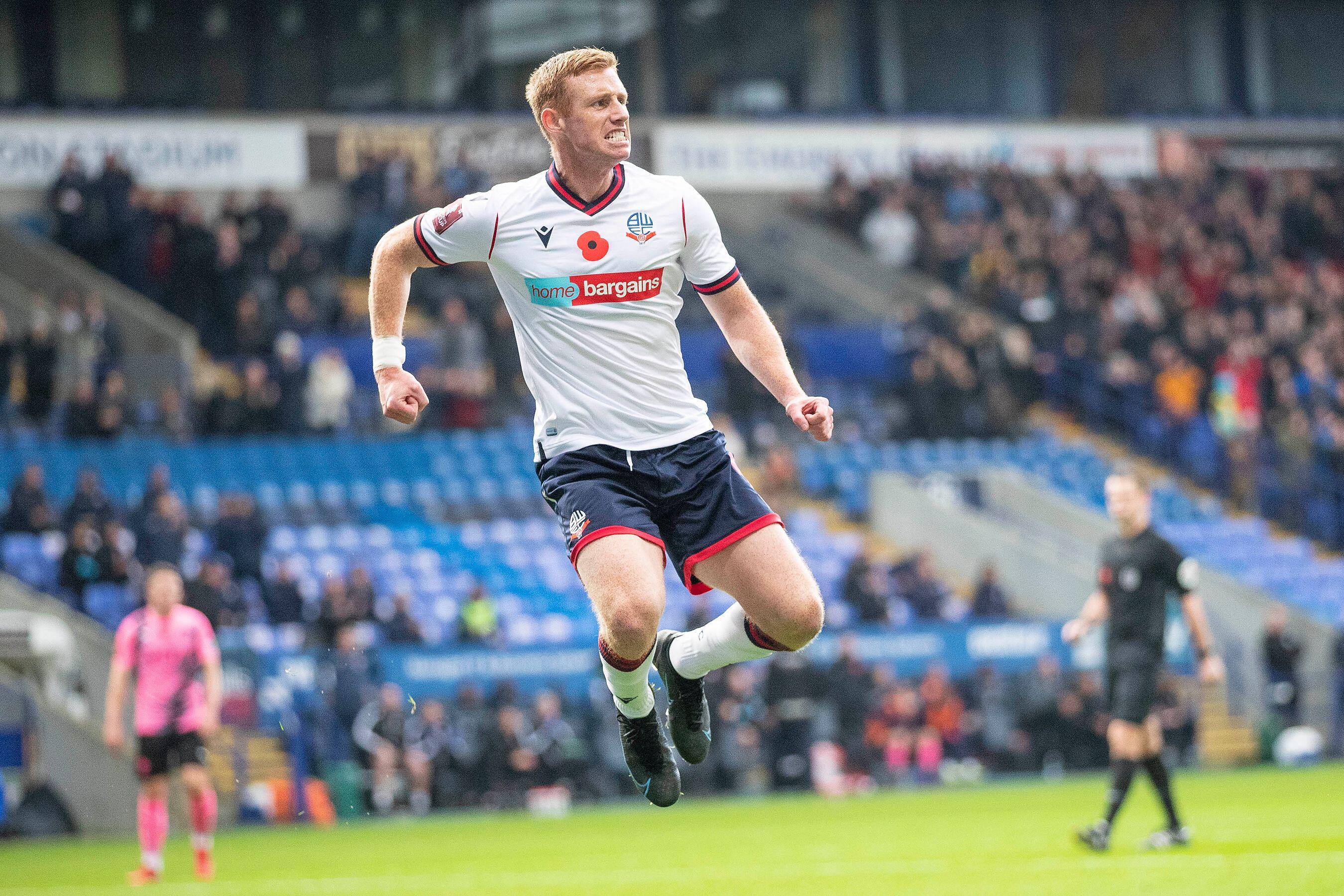 Tonight’s replay sets up a mouthwatering reunion between Evatt and Antoni Sarcevic, who left Wanderers just three weeks ago following a bust up.

Challinor knows what it is like to be fired up for matches but is confident it will not tip the midfielder over the edge.

He said: “Everyone’s individual but it’s easier for some characters more than others and Antoni isn’t one of those players who plays on the line, with this game taking him over it.

“But we’ve all been there, when you face a previous club, a previous manager, someone you’ve had a falling out with.

“You always want to do your best against teams you’ve left, to prove people wrong, to rub noses in it.”