Steve Smith, a former fullback who played for the Los Angeles Raiders and Seattle Seahawks, died Saturday after a near-two-decade battle with ALS. He was 57.

Smith died in his hometown of Richardson, Texas, according to the York Daily Record. He had been unable to walk or talk but was able to communicate through sounds and other expressions due to ALS, which he was diagnosed with in 2002. 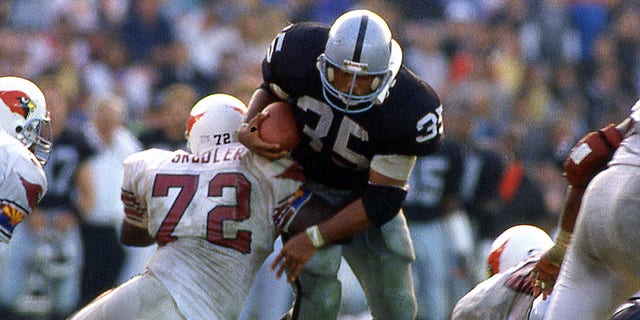 Steve Smith of the Los Angeles Raiders rushes against the Phoenix Cardinals at the Coliseum circa 1987 in Los Angeles, California.
(Owen C. Shaw/Getty Images) 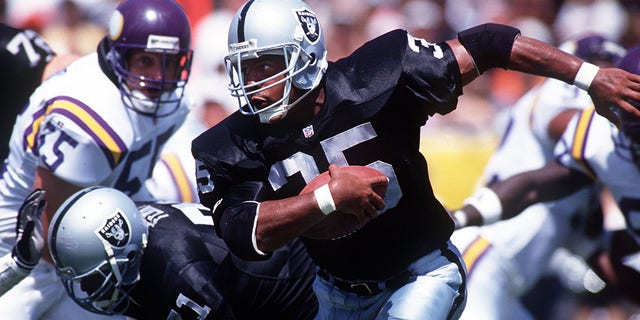 Steve Smith rushes against the Vikings on Sept. 9, 1993.
(Stephen Dunn/ALLSPORT)

Smith was a national champion running back at Penn State before he converted to fullback when he entered the NFL. The Raiders selected Smith with the No. 81 overall pick of the 1987 NFL Draft. 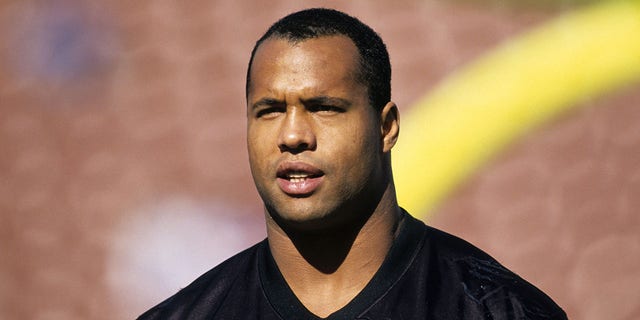 Running back Steve Smith before the Raiders’ 20-10 victory over the Cincinnati Bengals in the 1990 AFC Divisional Playoff Game on Jan. 13, 1991, at the Los Angeles Memorial Coliseum.
(Peter Brouillet/Getty Images)

With the Raiders, he would block for two of the most legendary running backs – Bo Jackson and Marcus Allen. He joined the Seahawks in 1994 but in 1995 a back injury ended his career.

He finished with 1,627 rushing yards and nine rushing touchdowns during his career. He also had 131 catches for 1,250 yards and 13 receiving touchdowns.