TEAM GB star Jess Judd had to be carried by medical staff after collapsing on the track following a sweltering run in the 10,000m finals.

Judd collapsed to the ground after finishing 17th in the gruelling race at the Tokyo Stadium, which she completed in 32 minutes. 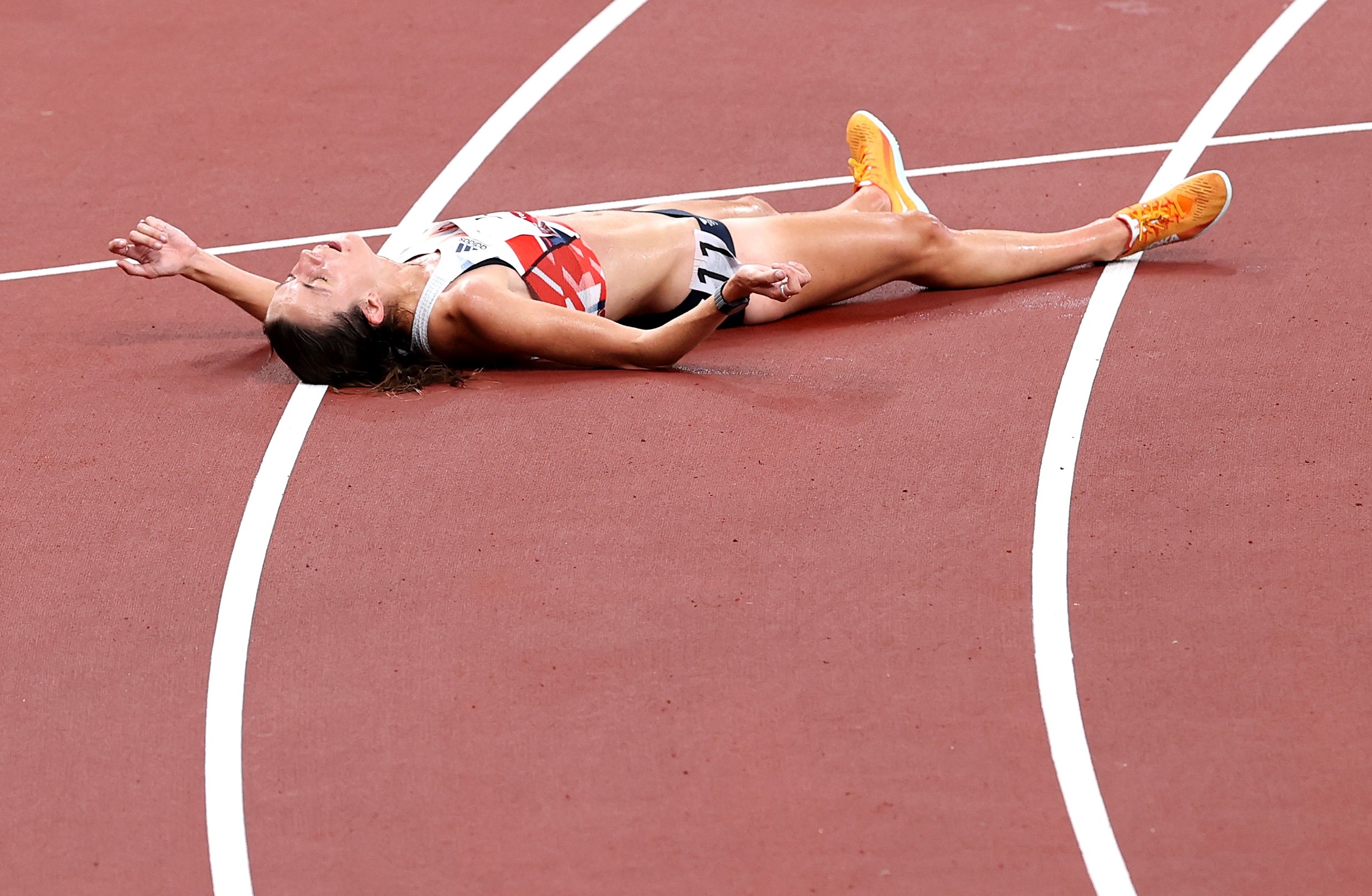 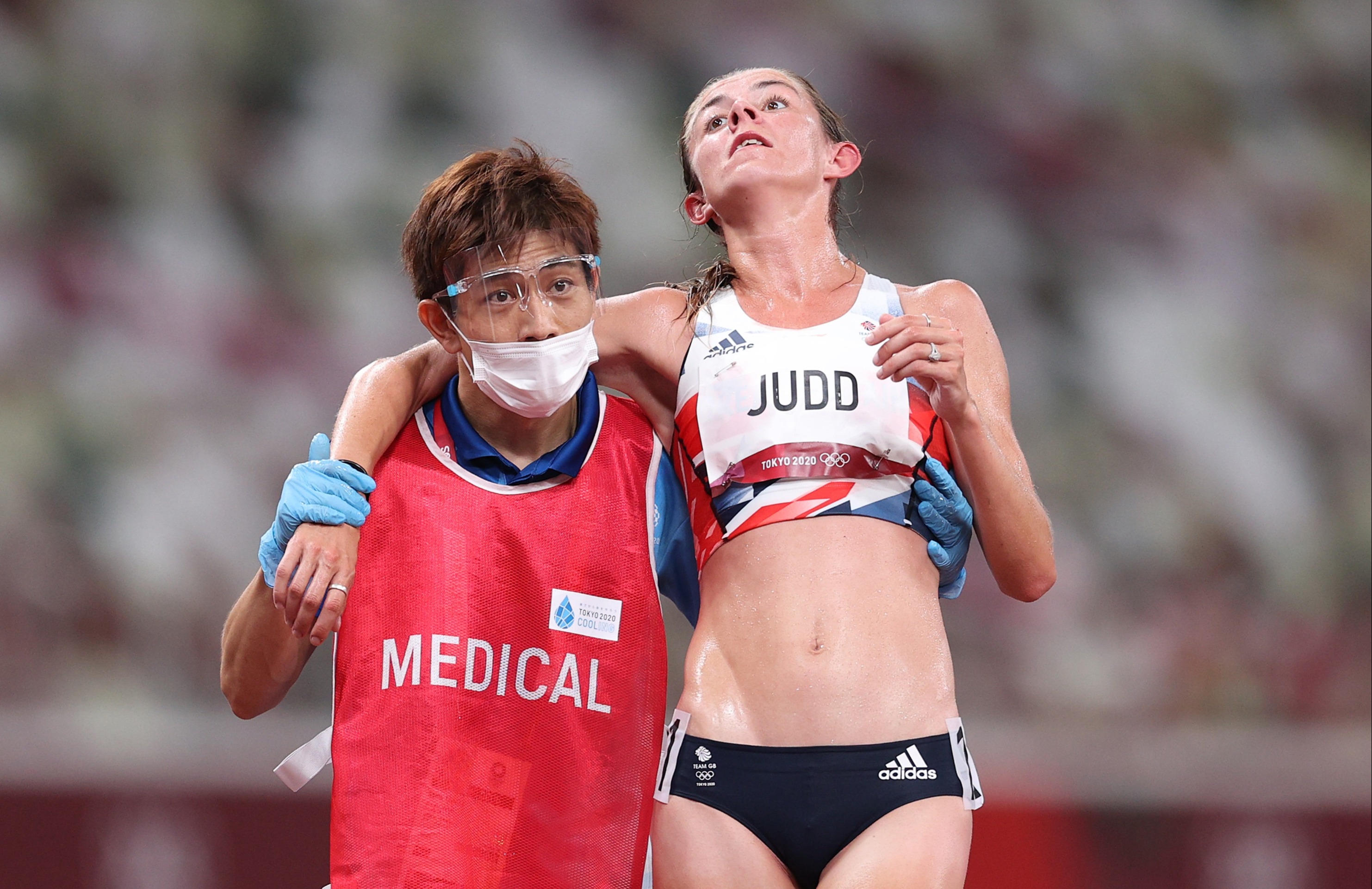 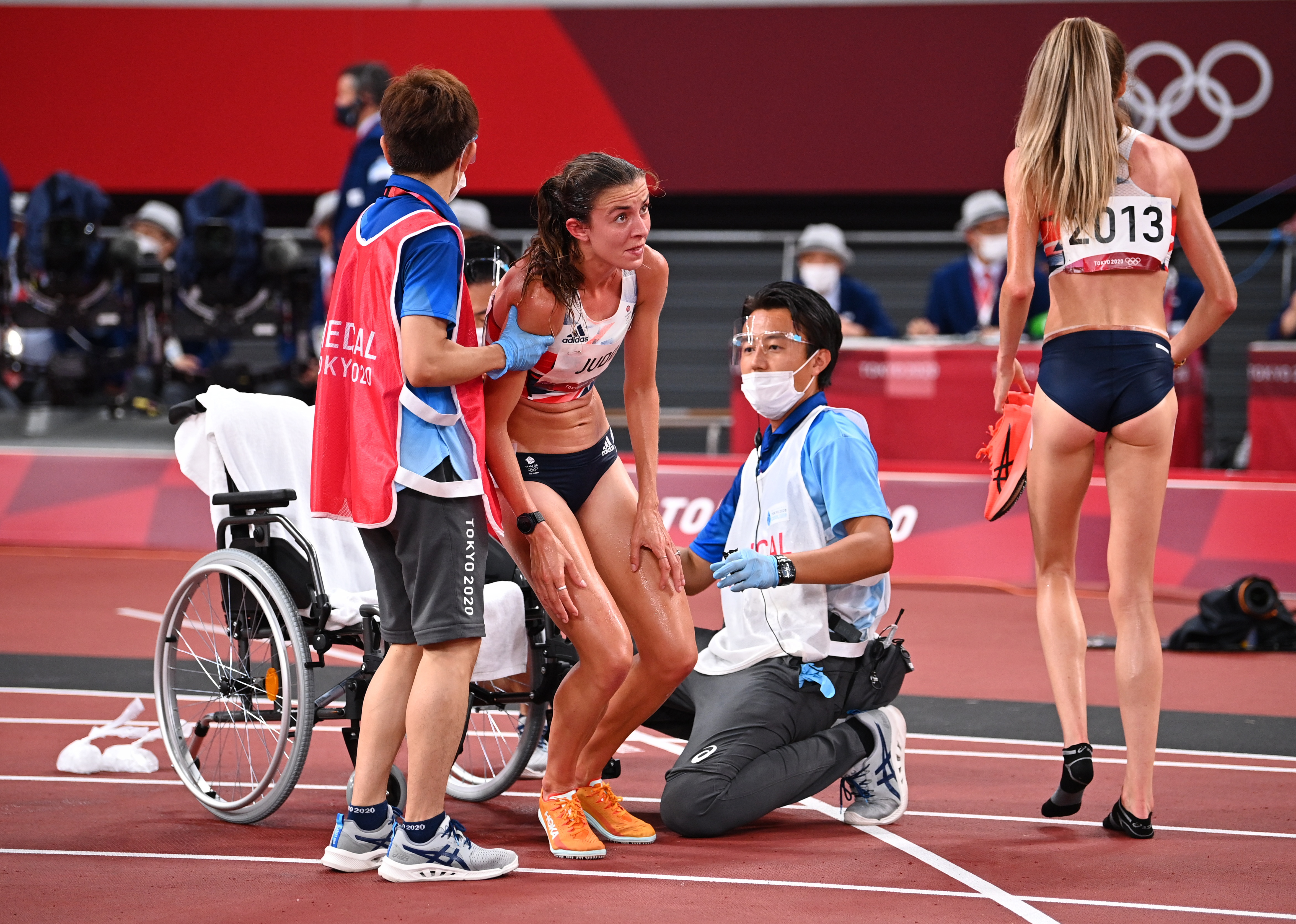 The 26-year-old laid on the ground for several minutes and begged for water before team-mate Eilish McColgan, who came ninth, brought her a bottle.

Judd was promptly checked over by medical officials, who briefly placed her into a wheelchair following the gruelling 32-degree run.

And she was eventually taken away from the track and given fluids to help her rehydrate.

After the race, the Rochford runner said: "That is the closest I've come to not finished.

That is the closest I've come to not finished

"I was desperate for water, I've never been this sweaty in my life."

Judd's Team GB team-mate McColgan said of the arduous conditions: "It's definitely one of the hardest races I've ever run in my life.

"I couldn't have done much more.

'Those girls at the front, it's absolutely incredible they can run those times in this weather."

Although the race kicked off at 7:45pm local time, the temperature was well over 32 degrees.

And to make matters worse for the competitors, the humidity was over 80 per cent.

Four athletes failed to complete the energy-snapping race, which was won by Holland's Sifan Hassan.

Hassan, however, also fell victim to the horrific conditions, crawling on her hands and knees after crossing the finish line as she begged the slow officials to provide the finishers with liquids.