ERIK ten Hag is now the hot favourite to take the manager's hotseat at Old Trafford.

The Ajax coach has reportedly been interviewed by the Red Devils hierarchy for the role to lead Manchester United from next season. 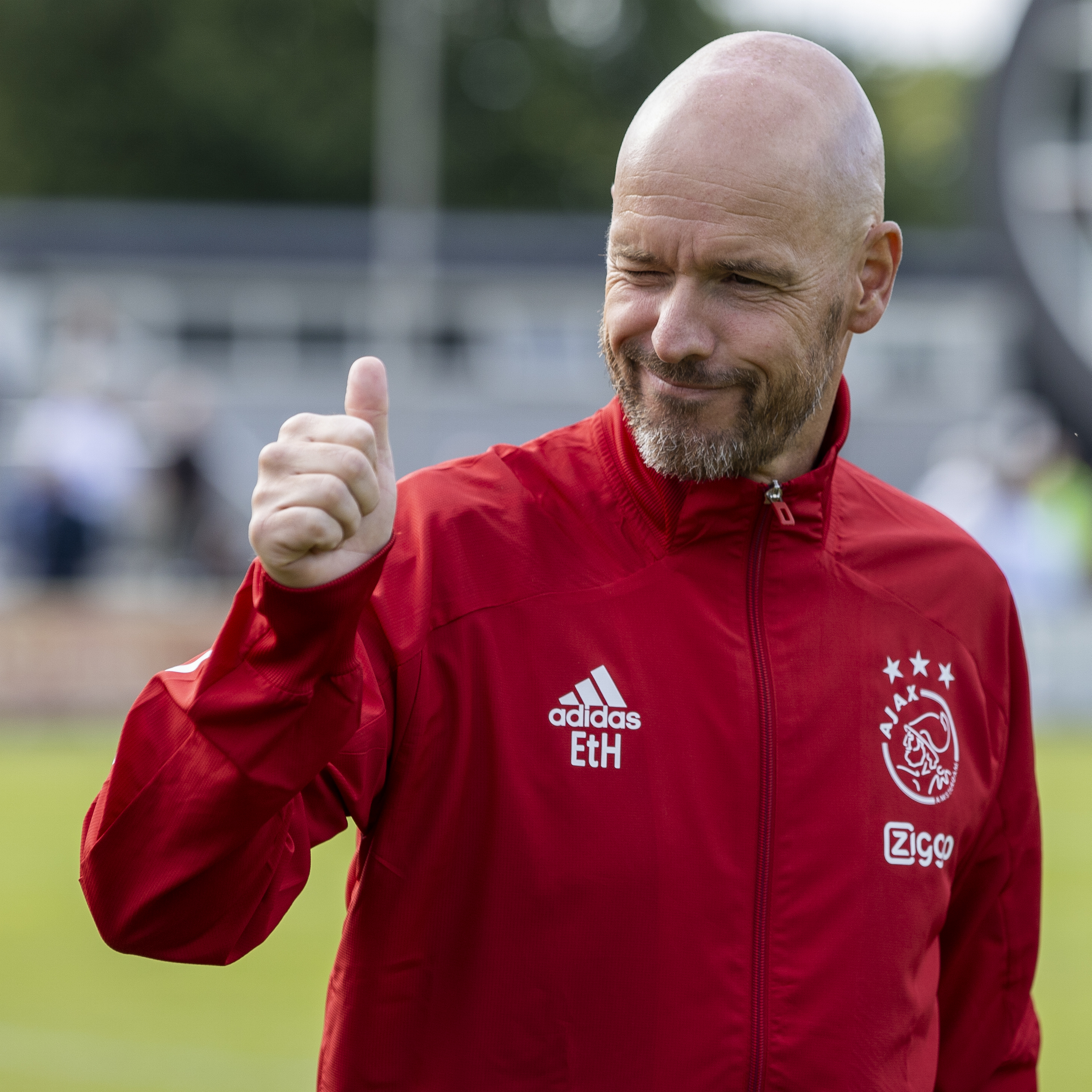 Discussions are said to have taken place on Monday, with Mauricio Pochettino, Julen Lopetegui and Luis Enrique also lined up for interviews.

The notoriously private Dutchman, 52, likes to live a modest life away from the game.

He played his football in the Netherlands as a ball-playing centre back, before managing in Holland and Germany,

But it's at Ajax where he's really made his name – winning two league titles, two Dutch cups and a guiding the club to a Champions League semi-final. 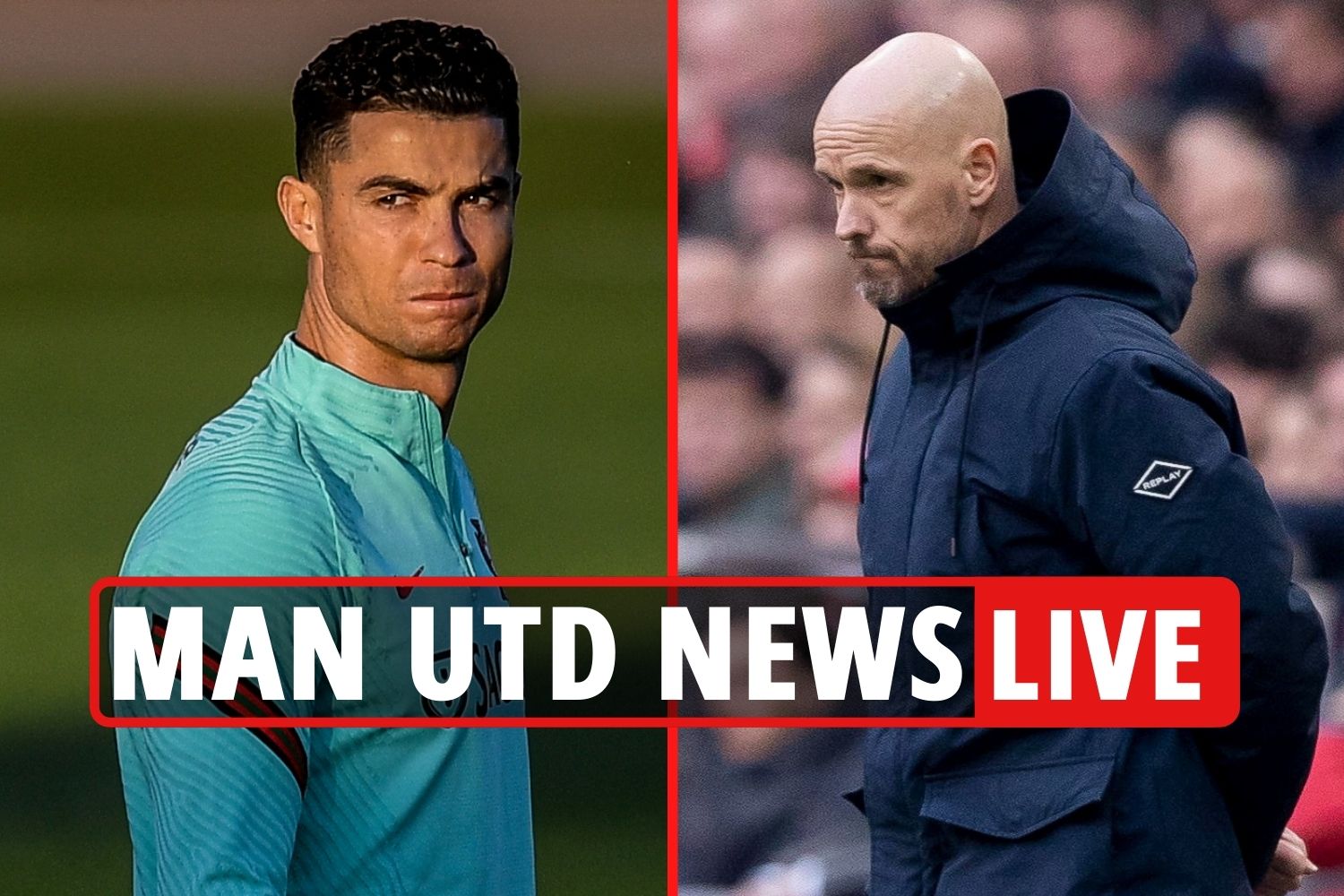 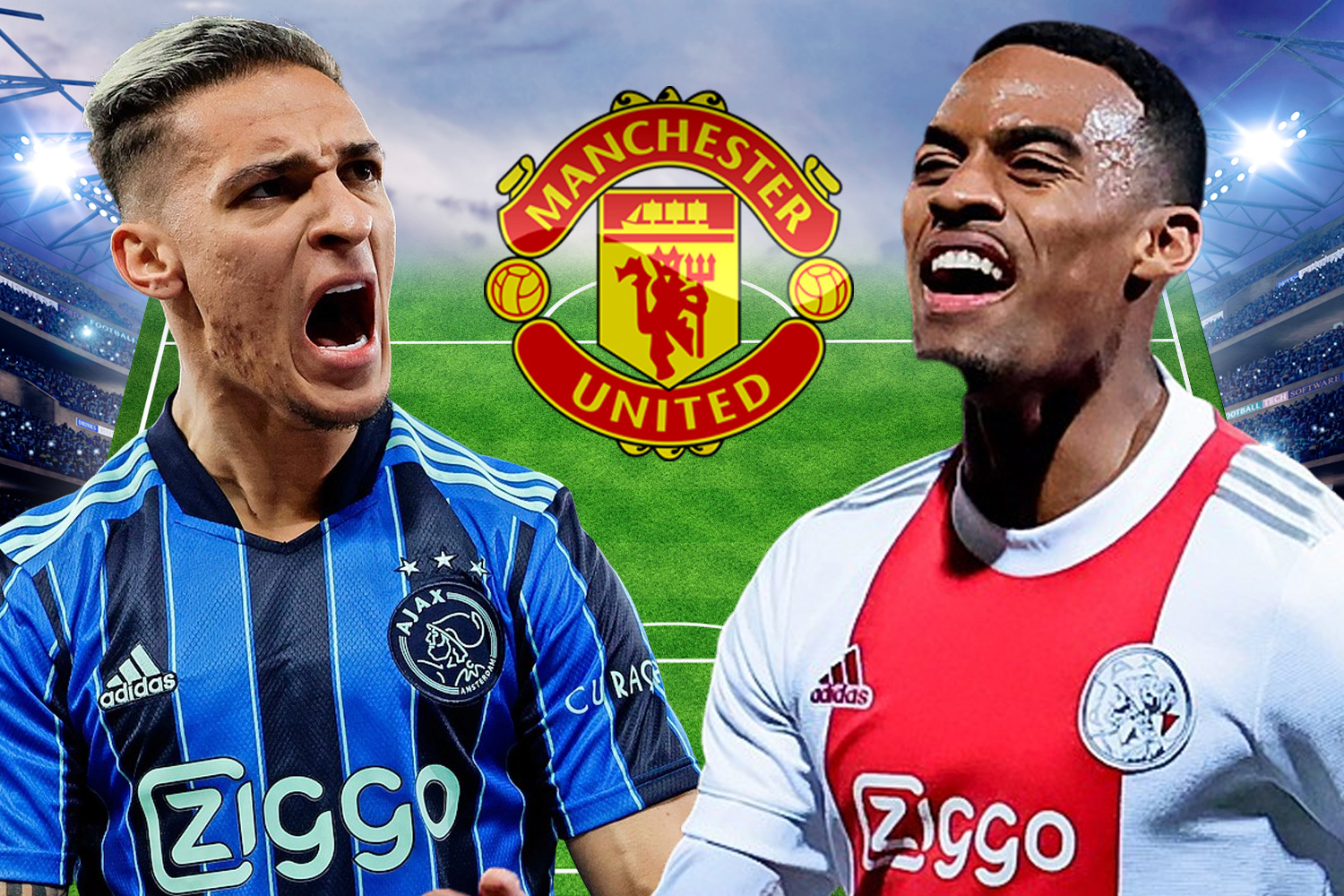 When ten Hag was a kid, he loved to dance as much as play football.

He attended the Dwars dance school in Haaksbergen, where he grew up.

Eventually, as a teenager, he chose the beautiful game instead of the foxtrot.

But that came with its own challenges.

GO ON MY SON 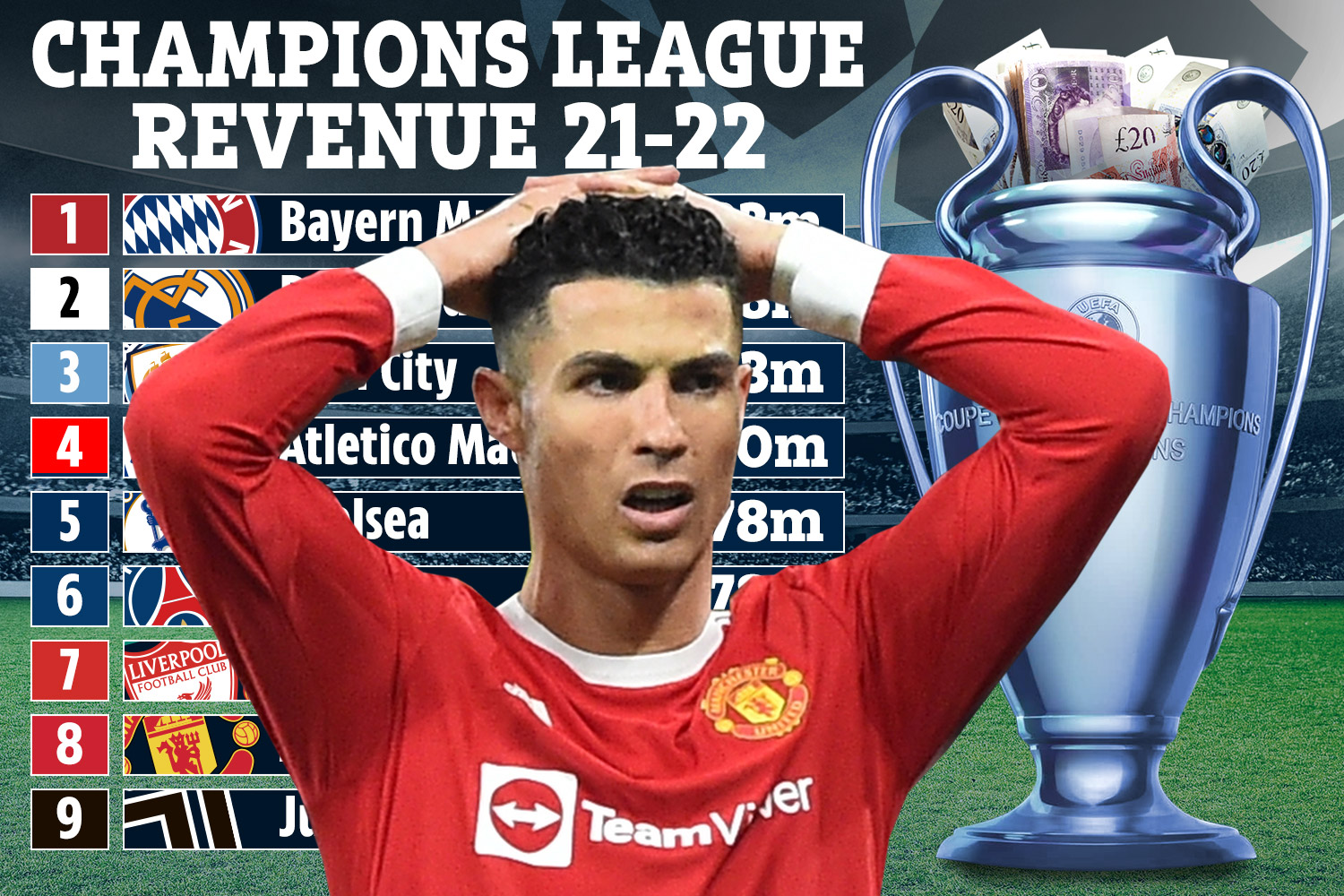 Such was ten Hag ambition to make it pro, he would literally run himself into the ground.

His mother once recalled how he came home as a seven-year-old and vomited because he was so tired.

It turned out, because the other teams were short of players, he volunteered to play in three matches straight.

His mother called him "possessed" and "maniacal" about his football.

In 1989, ten Hag made his debut for FC Twente, who he would have three spells with.

A defender by trade, he also played for De Graafschap, RKC Waalwijk and FC Utrecht.

However, he was never good enough to play international football.

His biggest prize as a player was winning the Dutch Cup with FC Twente in 2000-2001. 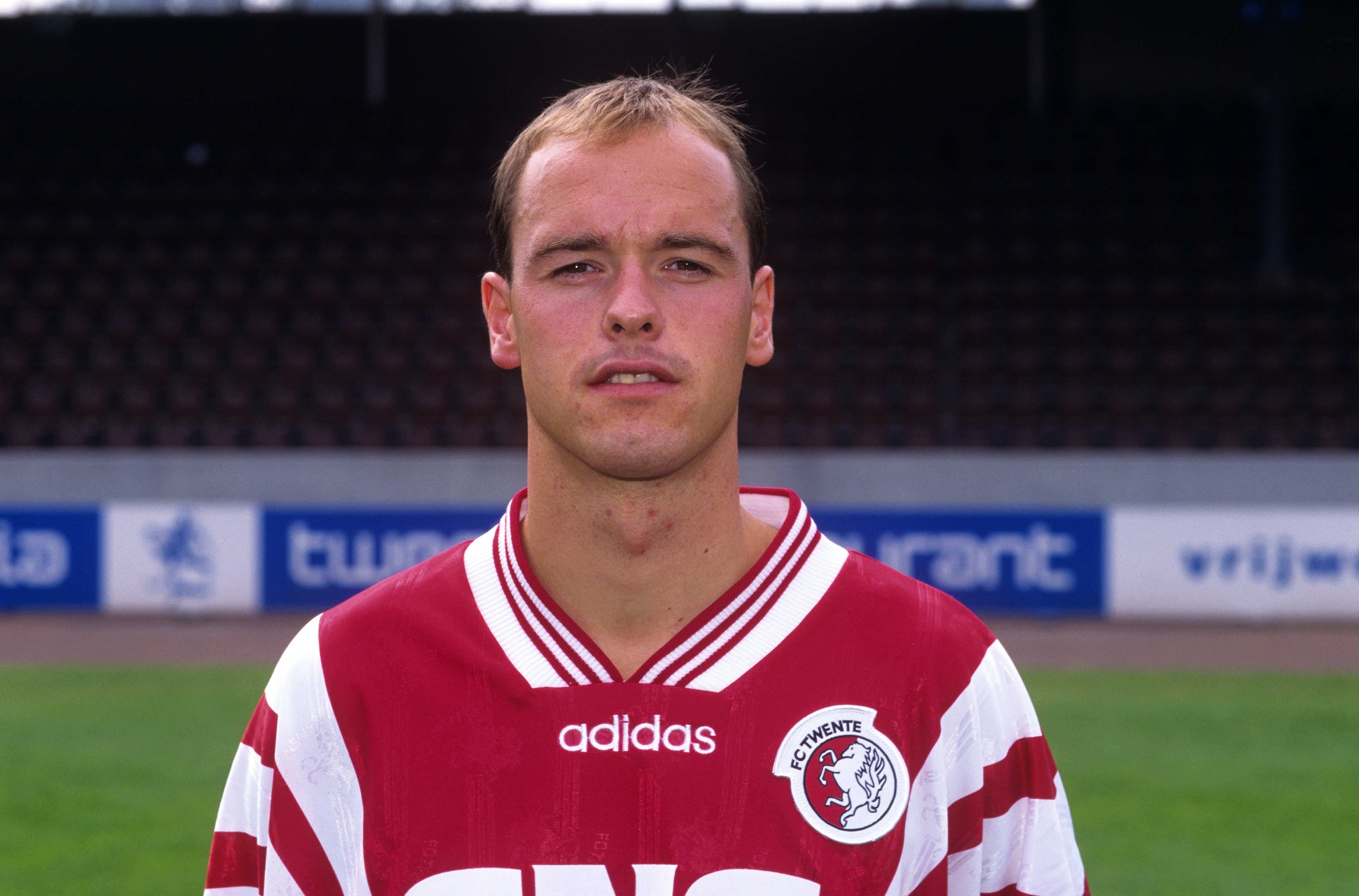 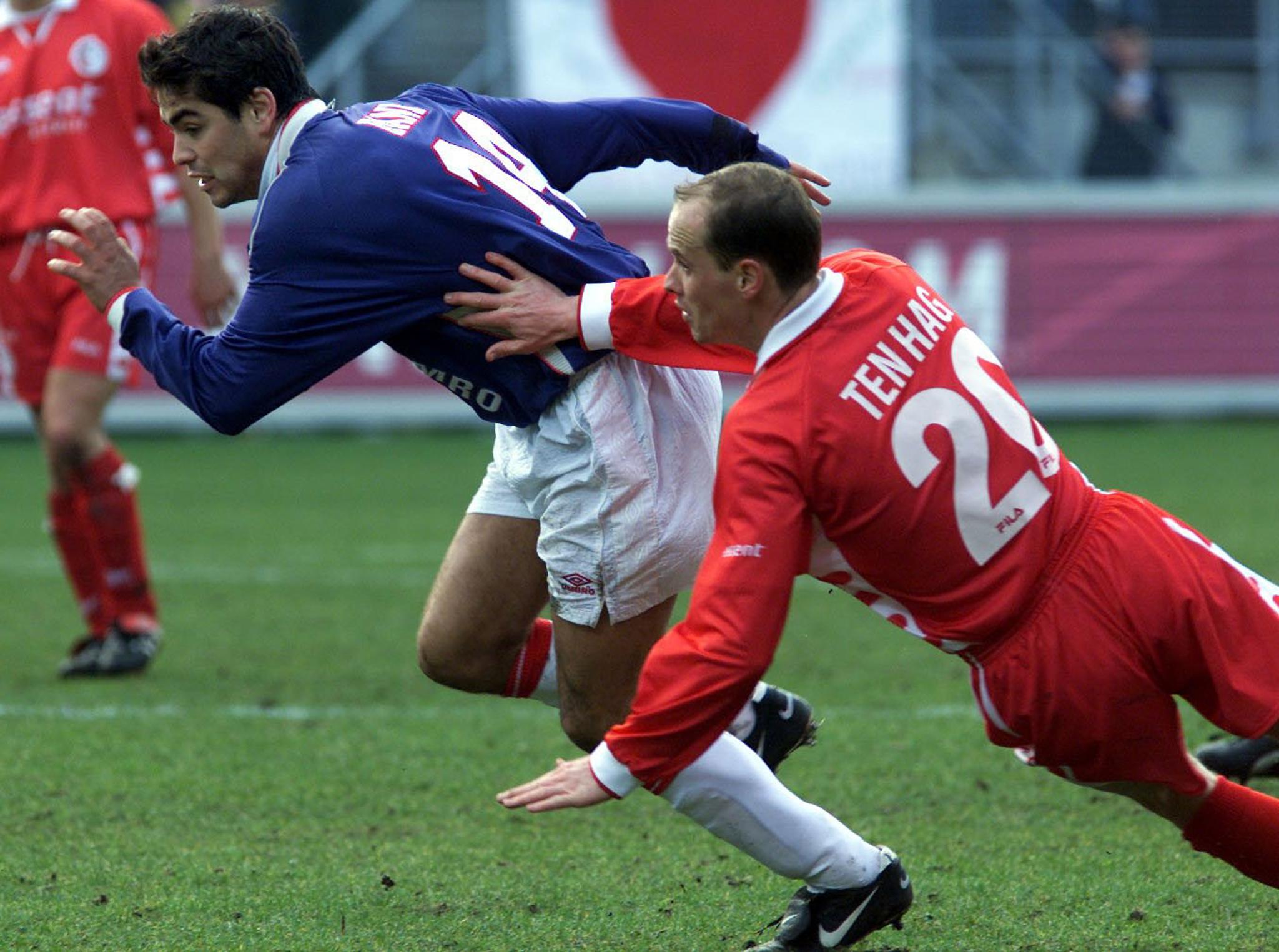 In 2012, some 10 years after retiring from the game, ten Hag scored his first role in management – with Go Ahead Eagles.

He was hired by ex-Arsenal star Marc Overmars, when they were in the second division.

His appointment would last just one season.

Well, ten Hag proved to be a major success – guiding the club to their promotion for the first time in 17 years.

A move to Germany was in the pipe line. 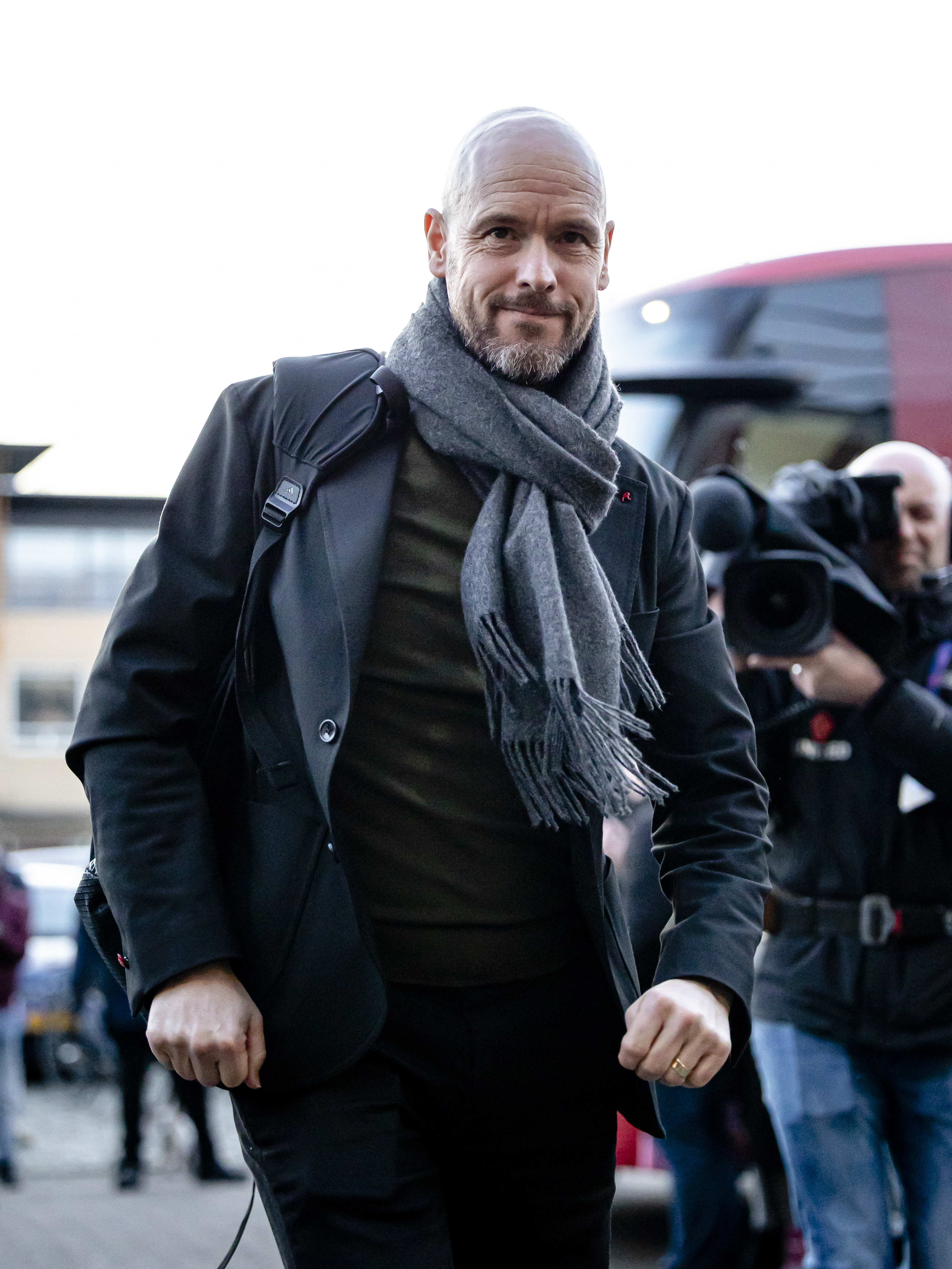 It's often forgotten that ten Hag developed his tactical nous as coach of Bayern Munich's reserves from 2013-15.

Working alongside Pep Guardiola, he is admittedly influenced by the Spanish tactician.

"His philosophy is sensational, what he did in Barcelona, Bayern and now with Manchester City, that attacking and attractive style sees him win a lot.

"It’s this structure that I’ve tried to implement with Ajax."

In 2015, a year before Guardiola joined Manchester City, ten Hag scored his first senior job in the Dutch top division.

At FC Utrecht he put into practice what he learned in Germany to score instant success within two seasons.

In his first year, he managed a fifth spot finish. But in his second, they qualified for the Europa League. 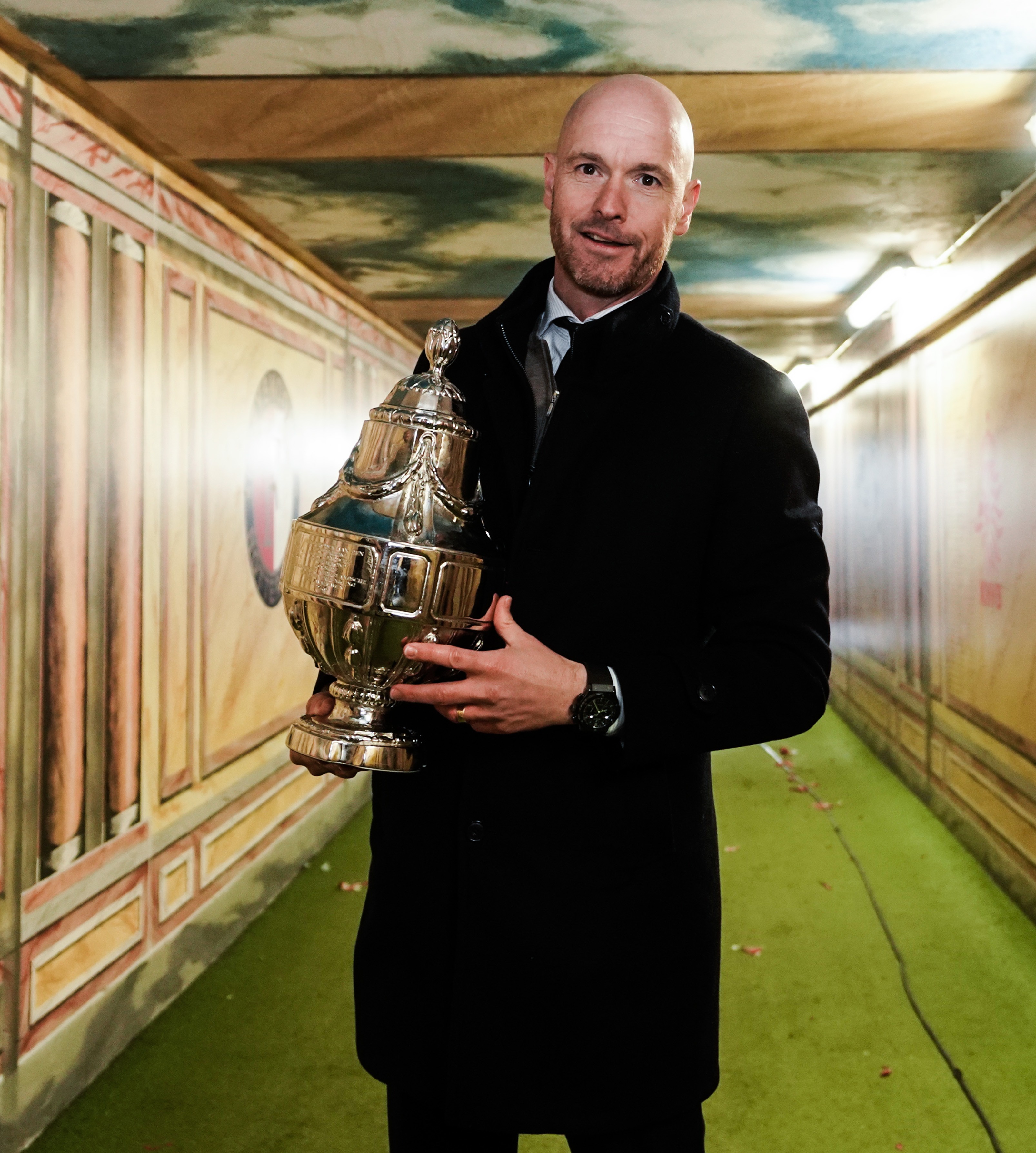 Marc Overmars – who was now Sporting Director with Ajax – played a major role of appointing him as their boss in 2017.

An inspired choice, he's won two championships and two cups with the club, while not losing Ajax's values of playing attacking and progressive football.

They also impressed in the Champions League, reaching a semi-final under ten Hag in 2019 – famously dumping out Real Madrid along the way winning 4-1 at the Bernabeu. 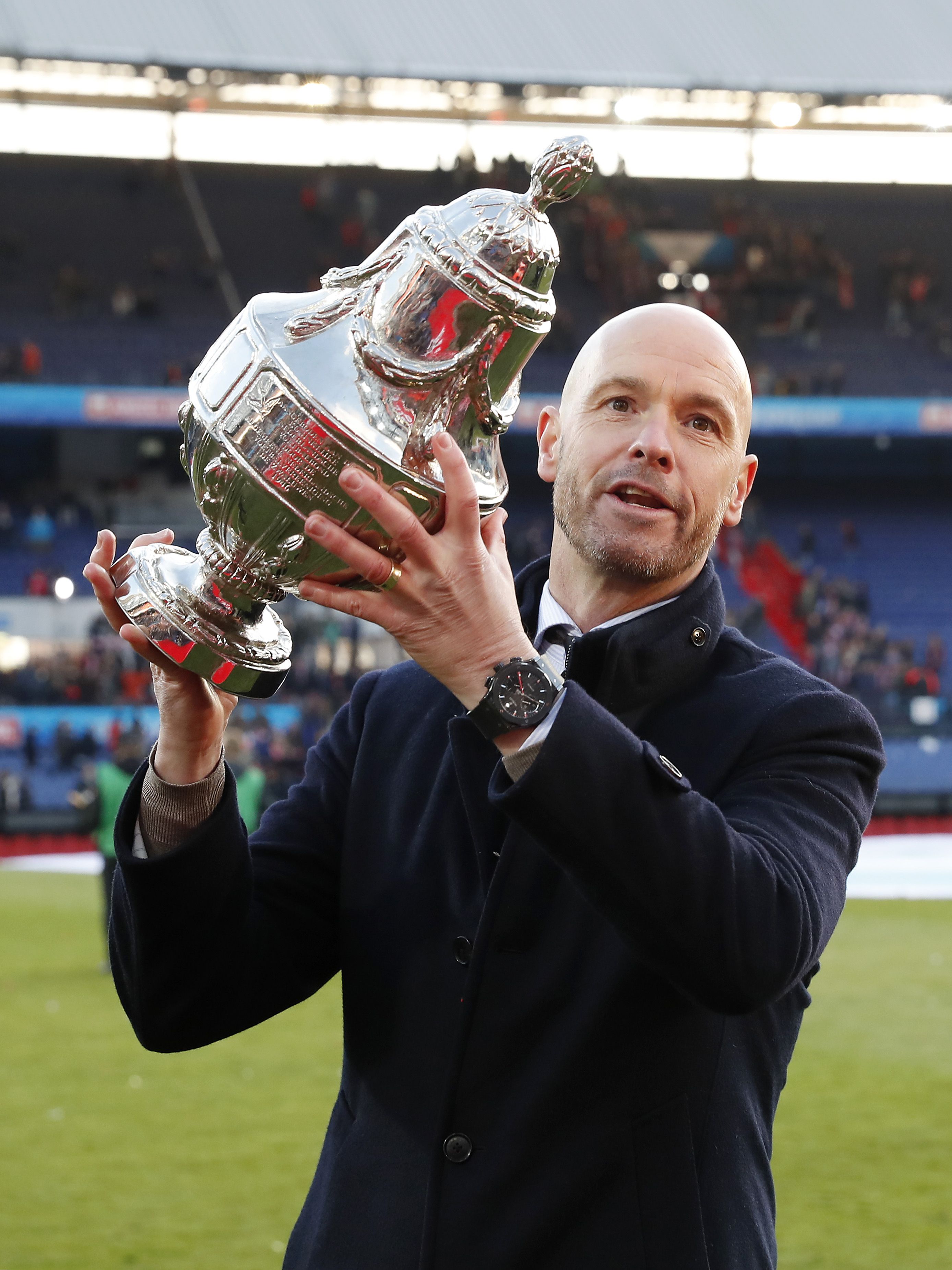 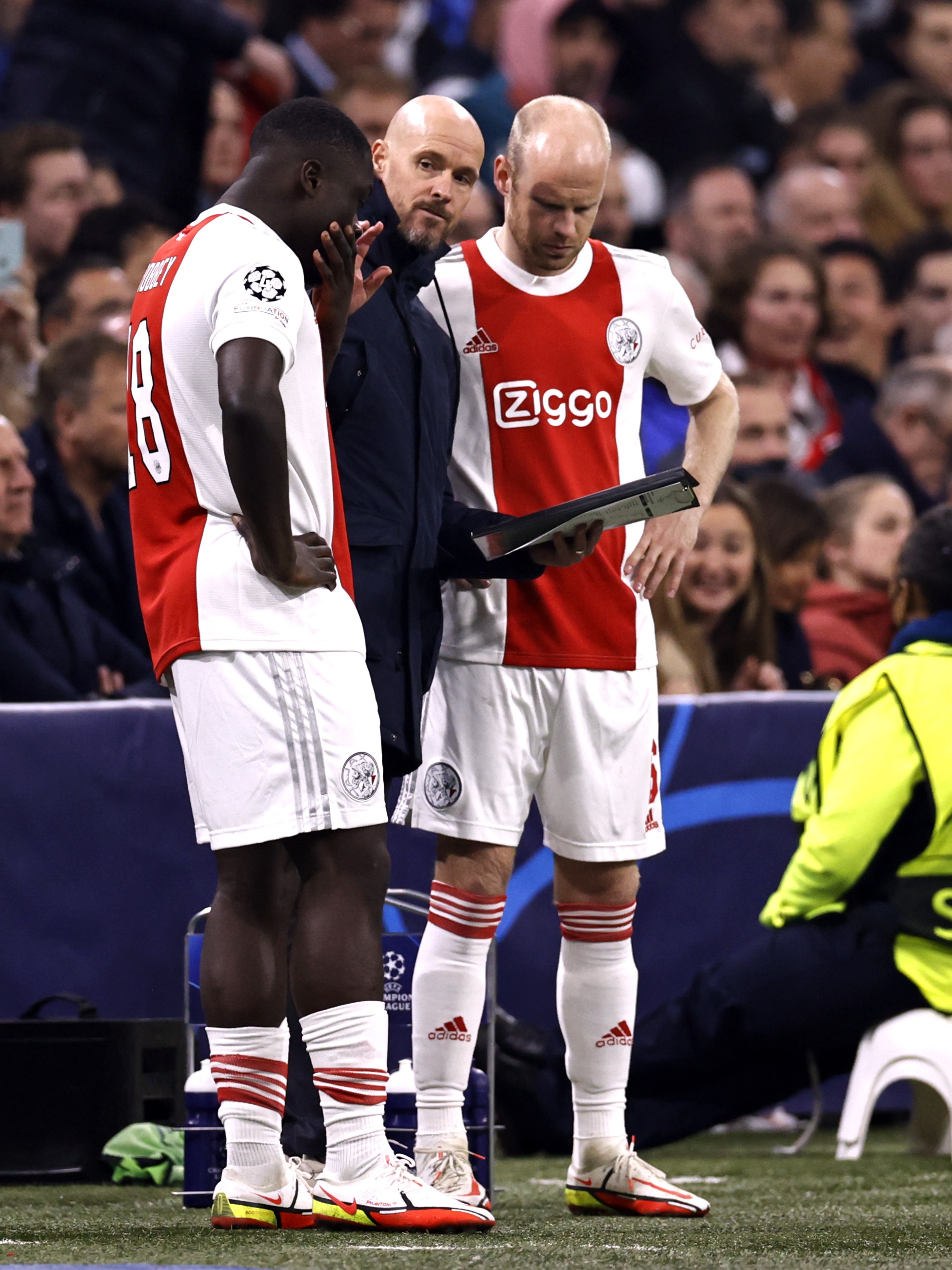 Possession football is also key to his success.

Former player Marnix Kolder revealed what it was like to be coached by ten Hag.

"Behind every training session, there was an idea," he told The Independent.

"He makes every player better. Tactical, physical. Erik left nothing to chance. He was prepared for every opponent, down to the last detail."

Away from the game, ten Hag is married to wife Bianca – who was his childhood sweetheart.

They have three children together, but live a quiet life away from the glitz and glamour of their world. 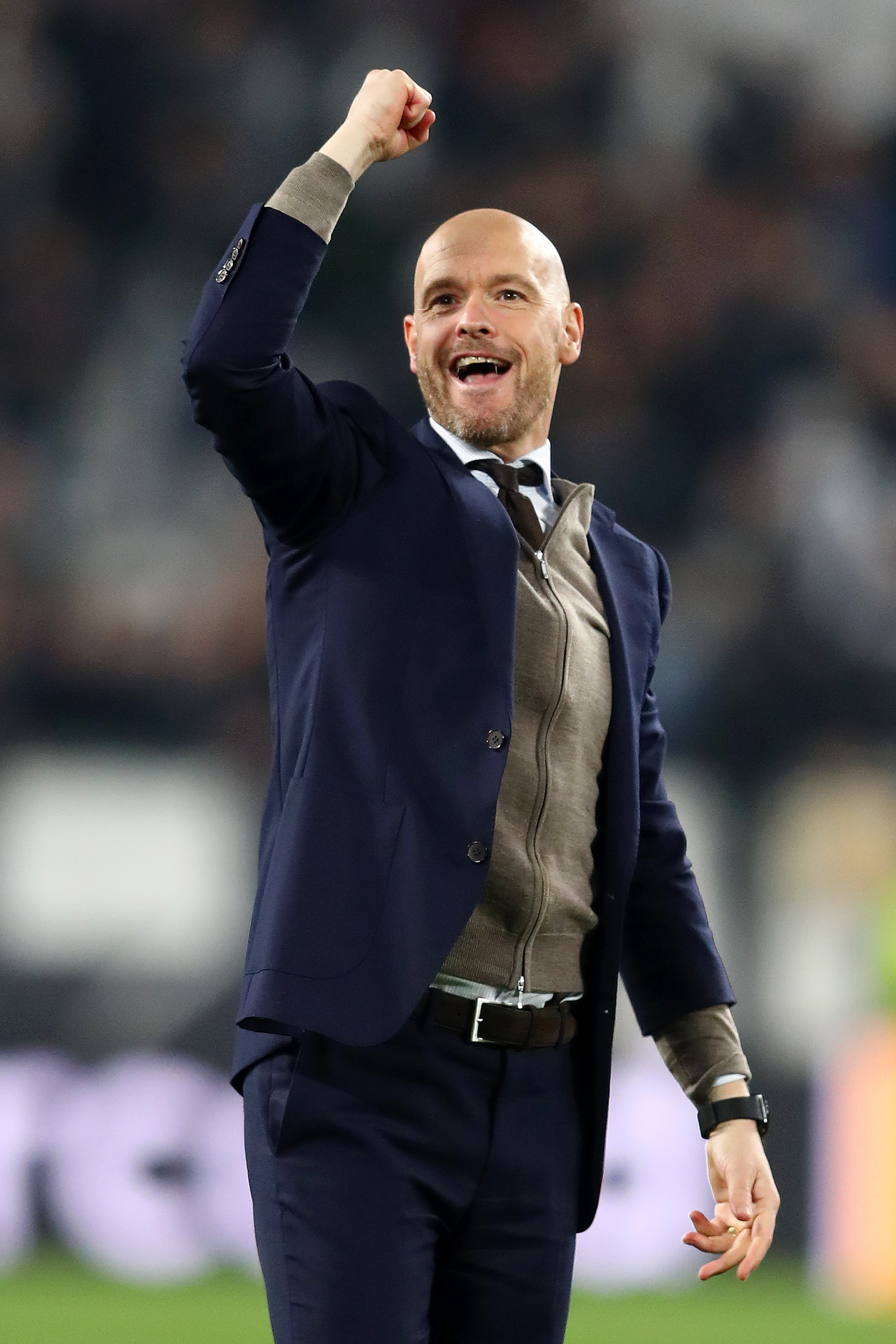 Instead, of shopping in glitzy fashion boutiques – they boast a more outdoorsy approach to life.

Family bike rides, golf and walks in the woods are where ten Hag finds peace.