They say in life the most important act is your second one, just ask Britain’s power paddlers.

Few organisations are as forward-thinking as British Canoeing at identifying athletes from other sports and making them champions, so it’s little surprise their paracanoe programme is the envy of the world.

Emma Wiggs – who won the women’s 200m Va’a single today – competed for Great Britain in sitting volleyball at London 2012 before switching sports and winning a first gold in Rio.

Jeanette Chippington first competed as a swimmer in Seoul 33 years ago and won medals in the pool there plus at Barcelona, Atlanta, Sydney and Athens.

After a 12 year absence she won her first gold in her new sport in Rio, a title she’ll defend on Saturday after today’s bronze behind Wiggs.

Rob Oliver’s first sporting passion was football before a life-changing injury, his arrival on the team a credit to British Canoeing’s extensive talent scouting network, foresight rewarded with another bronze.

And it doesn’t stop there, further medals are predicted in Tokyo from Charlotte Henshaw and Laura Sugar, who were part of the swimming and athletics teams in Rio. Others have arrived via shooting and wheelchair tennis in a strategy led by coach Colin Radmore, the vision behind a ‘Paddle, Perform, Podium’ programme that aims to put more people with disabilities on the water.

Oliver was just 20 when he sustained a serious leg injury while playing football for Solihull Red Diamonds. It’s a long way from Birmingham’s Coronation League to the Paralympics and Oliver finally has a medal to show for his struggles.

“I came up for a corner, which I had no right to do as a right back, the ball popped out to the edge of the box and I volleyed it, it was the best goal I ever scored in my career,” he said.

“As I contacted the ball, I was tackled and his studs went straight through my tibia and fibula, it was a clean break. I went to stand up and my leg turned around the wrong way. I didn’t expect nine months later I wouldn’t have a leg anymore.”

Five years ago he was the only member of the team not to win a medal in Rio, which he claimed hit him hard, especially as ‘the medallists’ all got their photos on the wall of the team’s Nottingham training base.

He almost didn’t make Tokyo after contracting Covid five weeks ago, while a stomach strain in the heats didn’t help, his bronze medal ultimately snatched from Australia’s Dylan Littlehayes after an anxious wait for a photo finish.

There were no such issue with Wiggs, who won the women’s 200m Va’a – a Samoan-style boat with an outrigger for additional stability – with room to spare.

Since a mystery virus impaired her mobility in her legs, Wiggs has proved time and time again that it’s not sensible to write her off.

“I was 18 when my life changed but I was determined and I’ve made the best of the bits of me that work,” she said.

“This has been a very tough few years, so to win this medal is pretty emotional for me.

“I had a wrist injury that I had to have surgery on in 2018. I had a really rocky nine months of feeling completely lost and probably for the first time in my life I felt disabled.”

Paddling through adversity seems a trend and Chippington dedicated her latest medal to her parents, who inspired their daughter to take up sport after she contracted a virus that damaged her spinal cord aged 12.

Father David died last year from Covid while mother Jean, 83, is in a nursing home with dementia.

“Losing my Dad was so hard,” she added. “My parents came out to every single Games that I’d done and both were there in Rio.

“I do think he’d be so proud of me and my coach always says when you’re in your race just imagine your friends and your family are behind you and pushing you. I literally was thinking that and thought my dad, he’s there, just give me an extra little push.

“People are always commenting on my age but I don’t get a head start, though it would be nice! I showed them all that I can still be winning medals at 51. 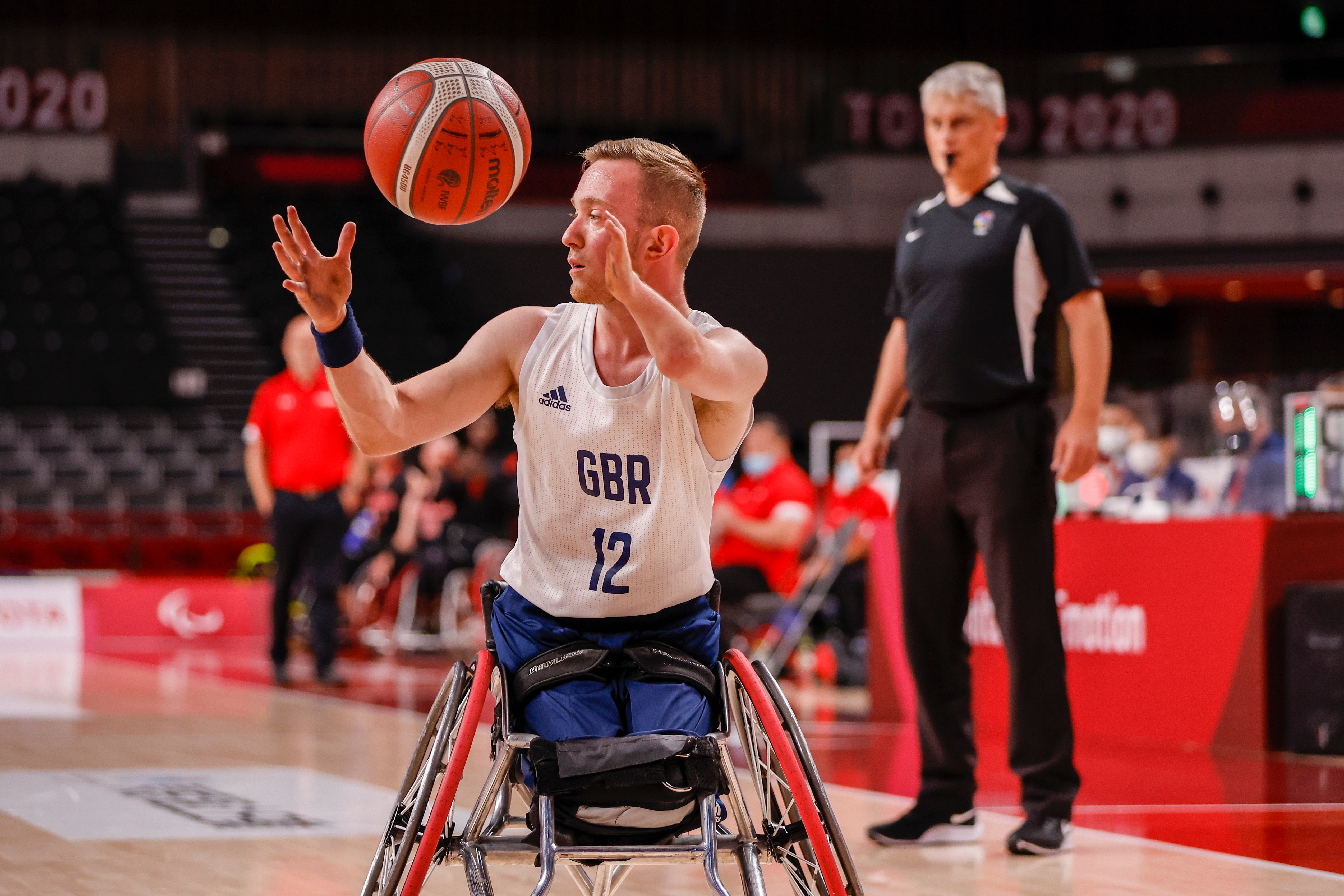 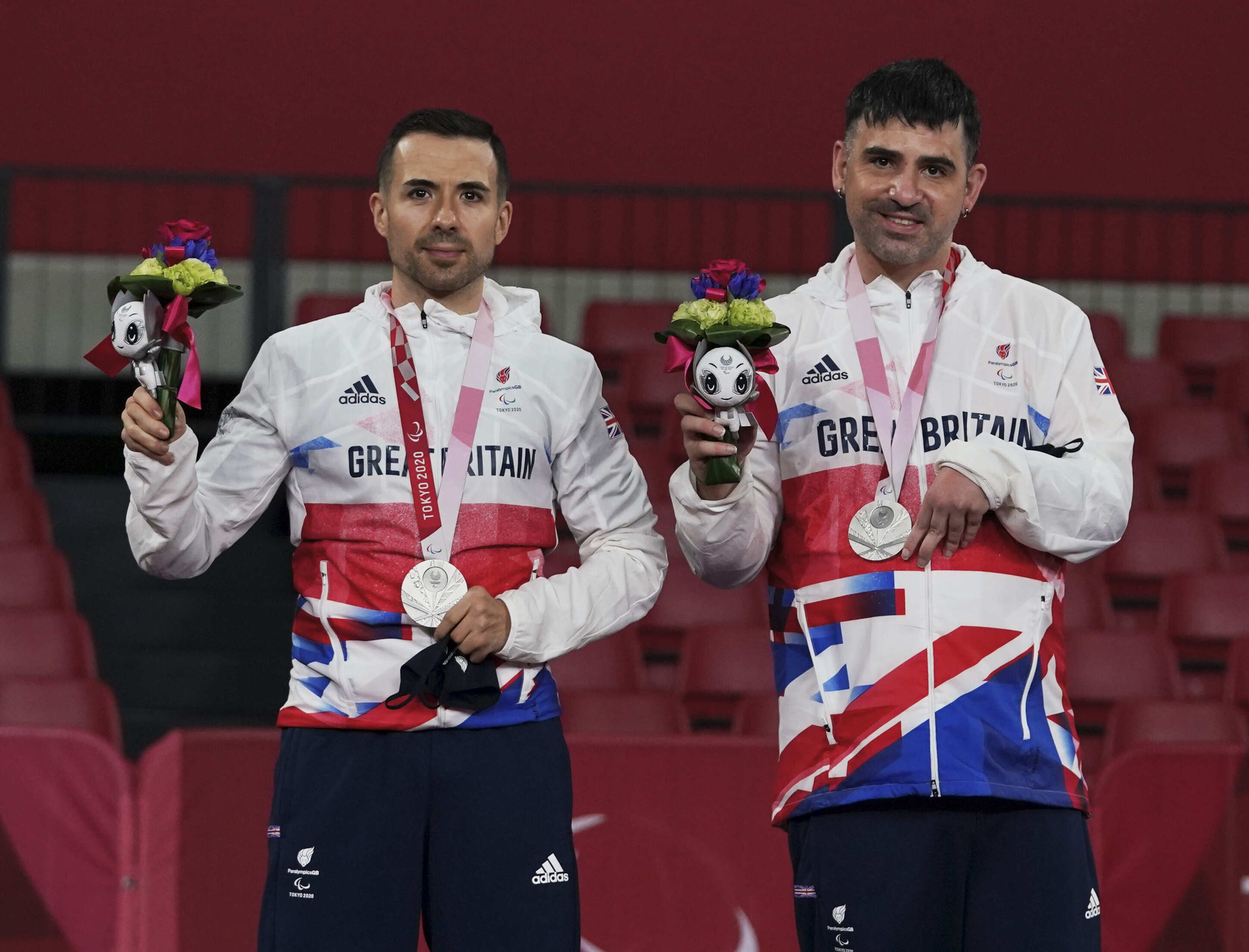 Sainsbury’s is a proud supporter of ParalympicsGB and a champion of inclusive sport for all. Sainsbury’s commitment to helping customers to eat better has been at the heart of what we do since 1869. For more information on Sainsbury’s visit www.sainsburys.co.uk/ and https://paralympics.org.uk/