Beijing: The president of the International Paralympic Committee (IPC) expressed “hopes for peace” as the Winter Paralympics closed on Sunday, but he avoided mentioning Russia’s war on Ukraine.

The closing ceremony marked the end of an almost six-week run for international sports in the Chinese capital that began with the opening of the Winter Olympics on February 4.

Australia finished the Games with just one medal after Ben Tudhope won bronze in the snowboard cross. It was Australia’s smallest medal tally since Innstruck in 1988, when the team failed to bring home a single medal. 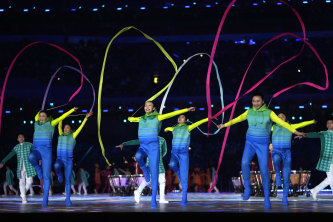 The Winter Paralympics closed on Sunday. The Games were largely overshadowed by the war in Ukraine.Credit:AP

IPC president Andrew Parsons sounded a note of unity at the ceremony in the Olympic stadium after athletes from Russia and Belarus were expelled earlier.

“Differences here did not divide us,” Parsons said, speaking before an audience that included Chinese President Xi Jinping.

“Through this unity we have hope. Hopes for inclusion, hopes for harmony and importantly hopes for peace. Humankind hopes to live in a world where dialogue prevails.”

The International Paralympic Committee, after declining to ban Russian and Belarusian athletes, reversed course and removed their 83 athletes – 71 from Russia and 12 from Belarus.

Ukraine, with only 20 athletes competing, finished second to China in the medal standings. Many overcame difficult journeys to make it and showed determination despite the war at home. 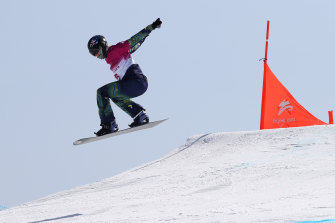 Parsons expressed horror at Russia’s attack on Ukraine in an impassioned speech at the Paralympics’ opening ceremony, with Xi attending.

Parts of Parsons’ speech were not translated by Chinese state TV and some of the audio was dropped. The IPC lodged a protest over what it said was likely censorship, but was told the silence was caused by an unexplained glitch.

China has declined to condemn Russia’s invasion of Ukraine. Russian President Vladimir Putin attended the opening of the Olympics on February 4, one of the few major world leaders to attend.

The Winter Paralympics attracted just under 600 athletes, far fewer than the 2900 who attended the Winter Olympics.

Both events were held under China’s severe COVID-19 restrictions, which required daily testing by athletes and others attending, with access limited to only hotels, venues and media centres. 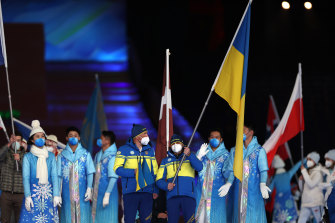 Ukraine’s flag bearer Vitalii Lukianenko during the closing ceremony of the Winter Paralympics at the Beijing National Stadium on Sunday.Credit:Getty Images

The ceremony ended a run for Asia of hosting four of the last eight Olympics and Paralympics, starting with the 2008 Beijing Olympics. It’s unclear when sport’s largest stage will return to Asia.

The next Summer Olympics and Paralympics are in 2024 in Paris, followed by Winter Games in Milan-Cortina, Italy in 2026, and Los Angeles in 2028 with the Summer Games.

The earliest return to Asia looks like the 2030 Winter Olympics with Sapporo, Japan a top contender. It last hosted the Winter Games in 1972.