A DOWNBEAT Lionel Messi had to walk through a huge crowd of beaming Rennes fans after Paris Saint-Germain's 2-0 defeat. 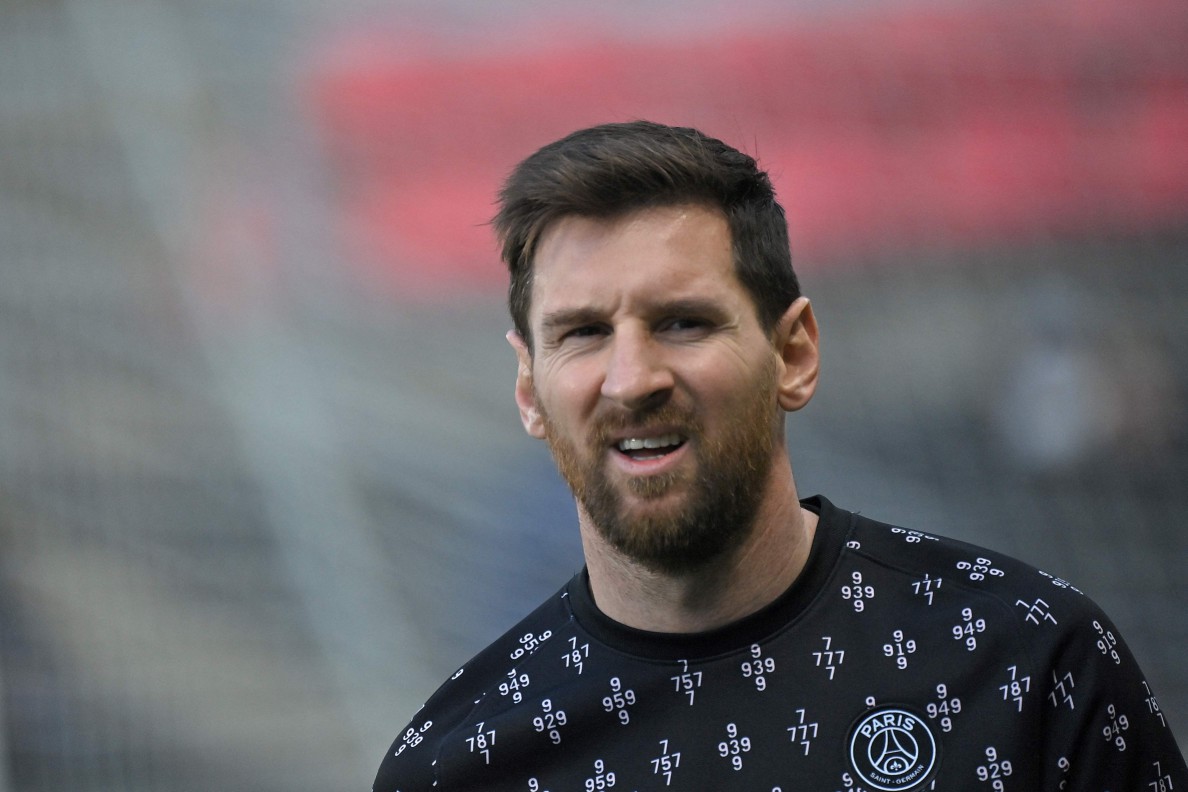 Huge crowds of Rennes fans gathered to catch a glimpse of the Argentine.

Fans squeezed up against metal cage barriers which were in place to give the visiting PSG players a safe passage to and from the team coach.

Messi was gracious enough to wave at his adoring supporters despite the disappointment at suffering defeat.

Rennes fans could also be seen on staircases, accessing whatever vantage point they could to witness the former Barcelona star.

Messi has been mobbed by fans since his summer move, with PSG supporters not making life for Messi while he resides in a Paris hotel.

Di Maria revealed that he and Messi now have nowhere to go to eat out and relax due to fans mobbing them.

Rennes fans were particularly bouyant after their team scored just before and just after half-time to inflict a first league defeat of the season on PSG, who remain top of Ligue Un by a considerable margin.

Messi started the game alongside Kylian Mbappe and Neymar once again but had little influence on the match.

As a result, PSG failed to register a single shot on target.

For Messi it was a crash back down to Earth after opening his PSG account in spectacular fashion against Manchester City on Tuesday.