And with just seconds left of the third and final round, the Dana White's Contender Series graduate knocked out the Brazilian with a series of vicious hammer fists.

Fight fans were left stunned by the stoppage, with one tweeting: "Crazy KO."

Most fans, however, were frustrated the referee allowed Santos to take additional punishment.

One tweeted: "Wtf was the ref doing? At least two big shots after he was out." 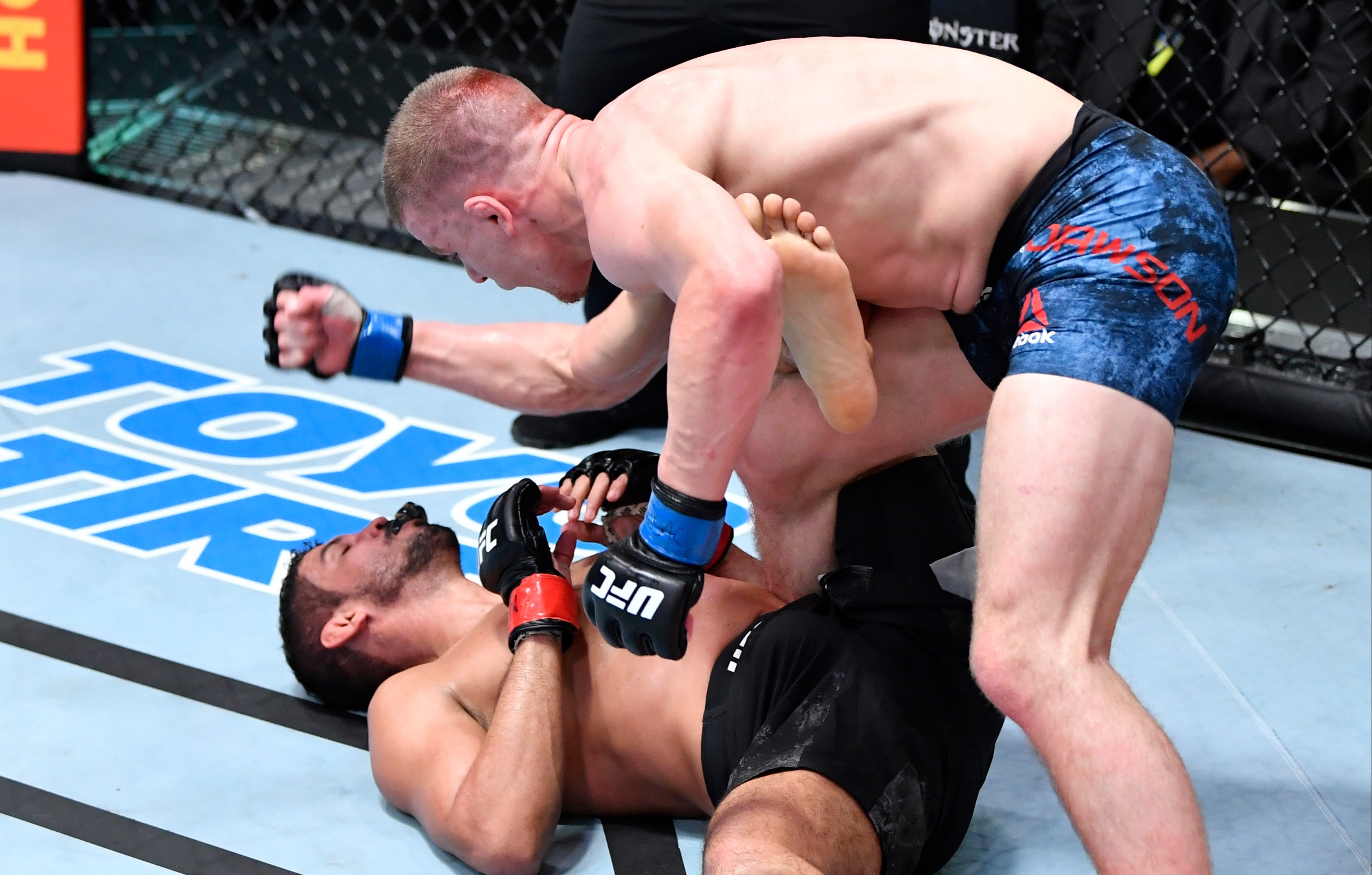 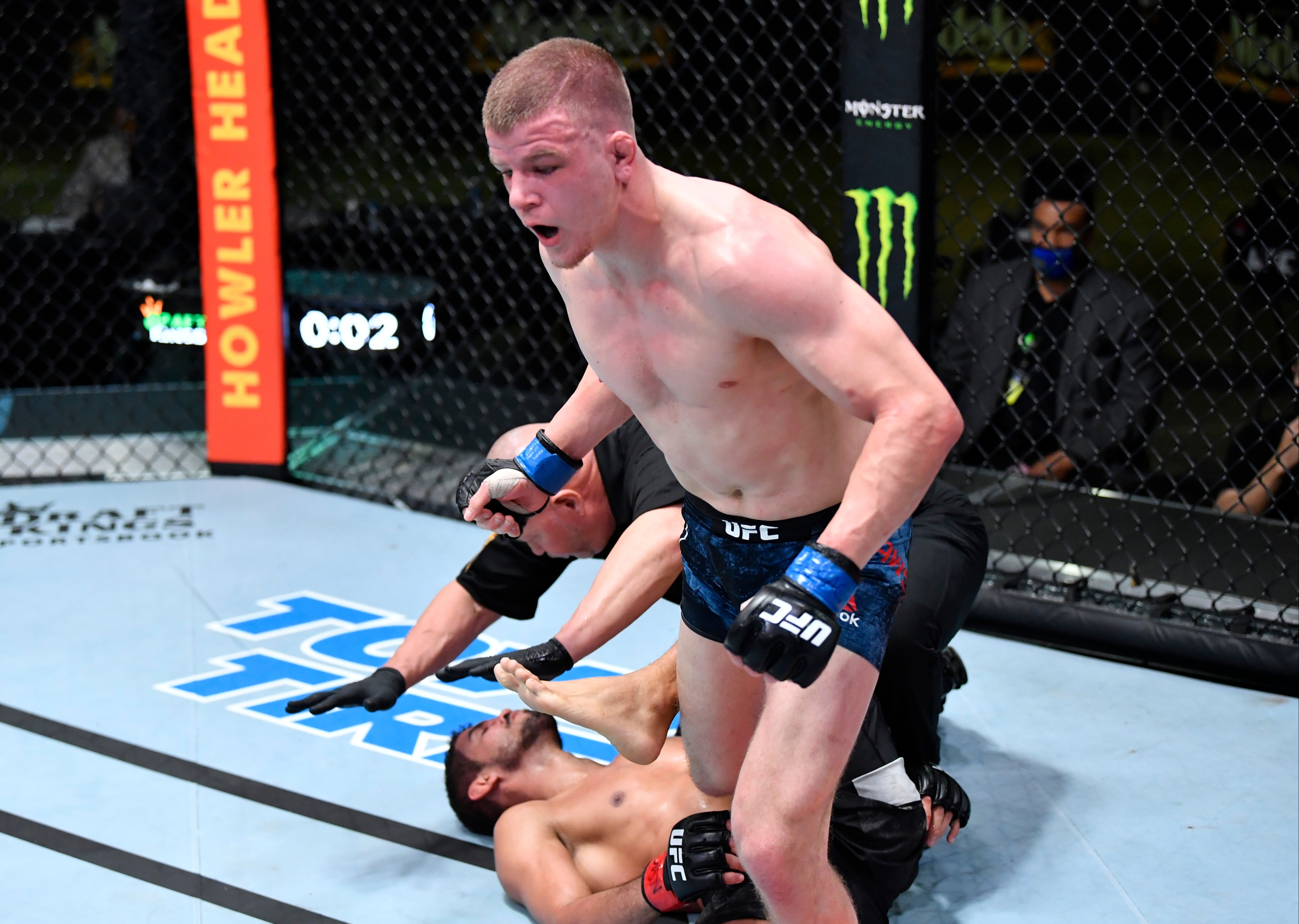 Another said: "Awful reffing he was out after 1st one landed clean.

"I could tell on me couch and he took 3 clean more for no reason. Smh."

Dawson's stunning stoppage of Santos, who entered their showdown on the back of a six-fight win streak, came following a rousing speech from his head coach James Krause.

A fired-up Krause told an exhausted Dawson: "Hey, I don't know how this being scored. Do you understand me?

"Look at me. I don't know how this is [being] scored.You can't take him down, you've got to try knock him out.

"He can't f***ing hurt you. You're just throwing one backside six. Add punches to it, put some numbers together for me. 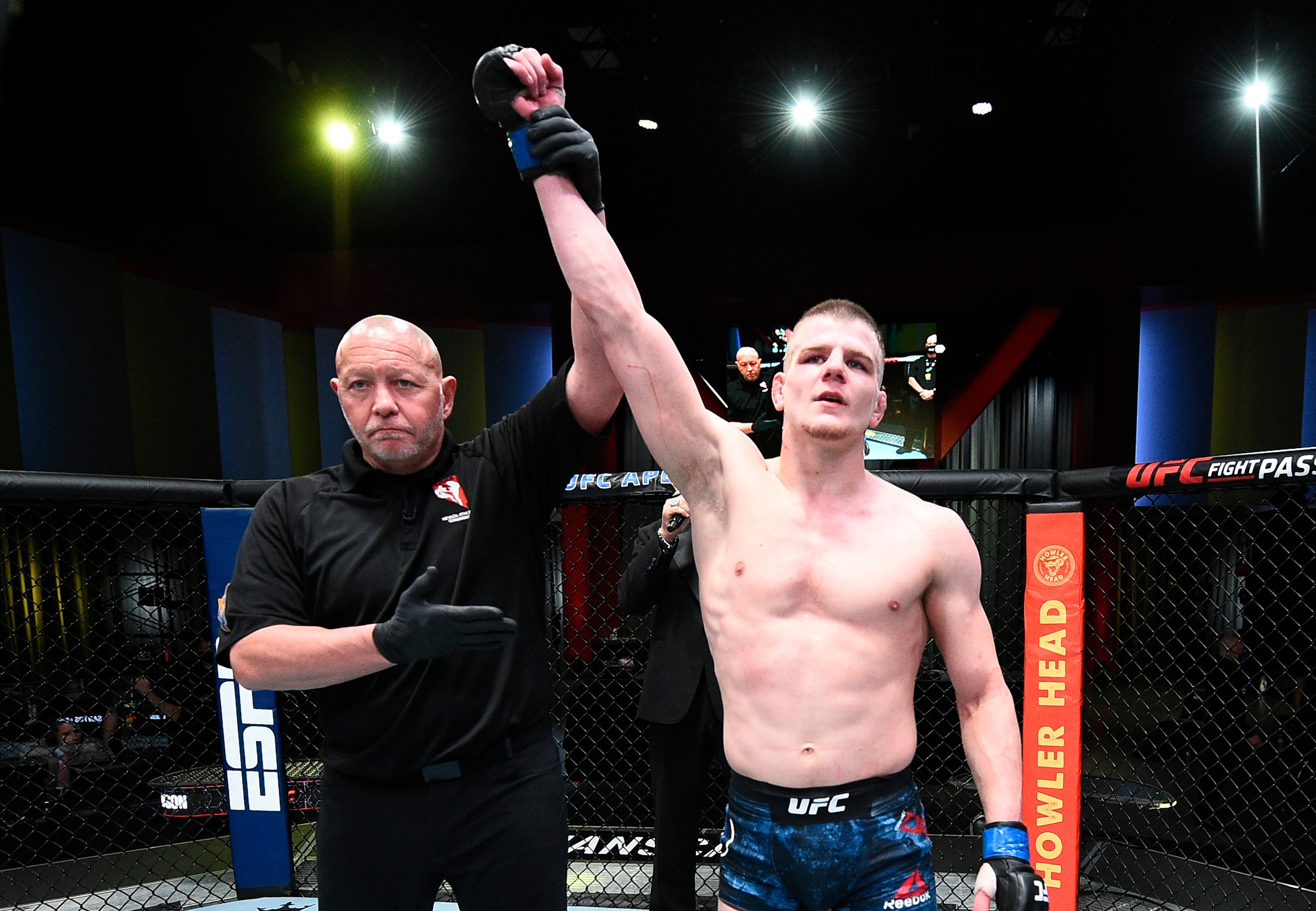 "You've got five minutes, I want you to try knock his f***ing head off. You understand me?"

Victory over Santos was Dawson's eighth on the spin and fourth inside the octagon.

And the 27-year-old has now set his sights on another UFC veteran in Clay Guida.